BTOB’s Yook Sungjae faced a difficult decision on the latest episode of “Master in the House”!

On the January 12 episode of the SBS variety show, the cast members tried their hand at cheerleading under the tutelage of their newest masters, Korea’s national cheerleading team.

At one point during the episode, Yook Sungjae had to choose the two members that would catch him in a trust fall. Despite Lee Seung Gi’s protests that his arm wasn’t in great condition, the BTOB member ultimately chose Lee Seung Gi and Lee Sang Yoon as the two castmates that he trusted and wanted to catch him as he fell backwards. 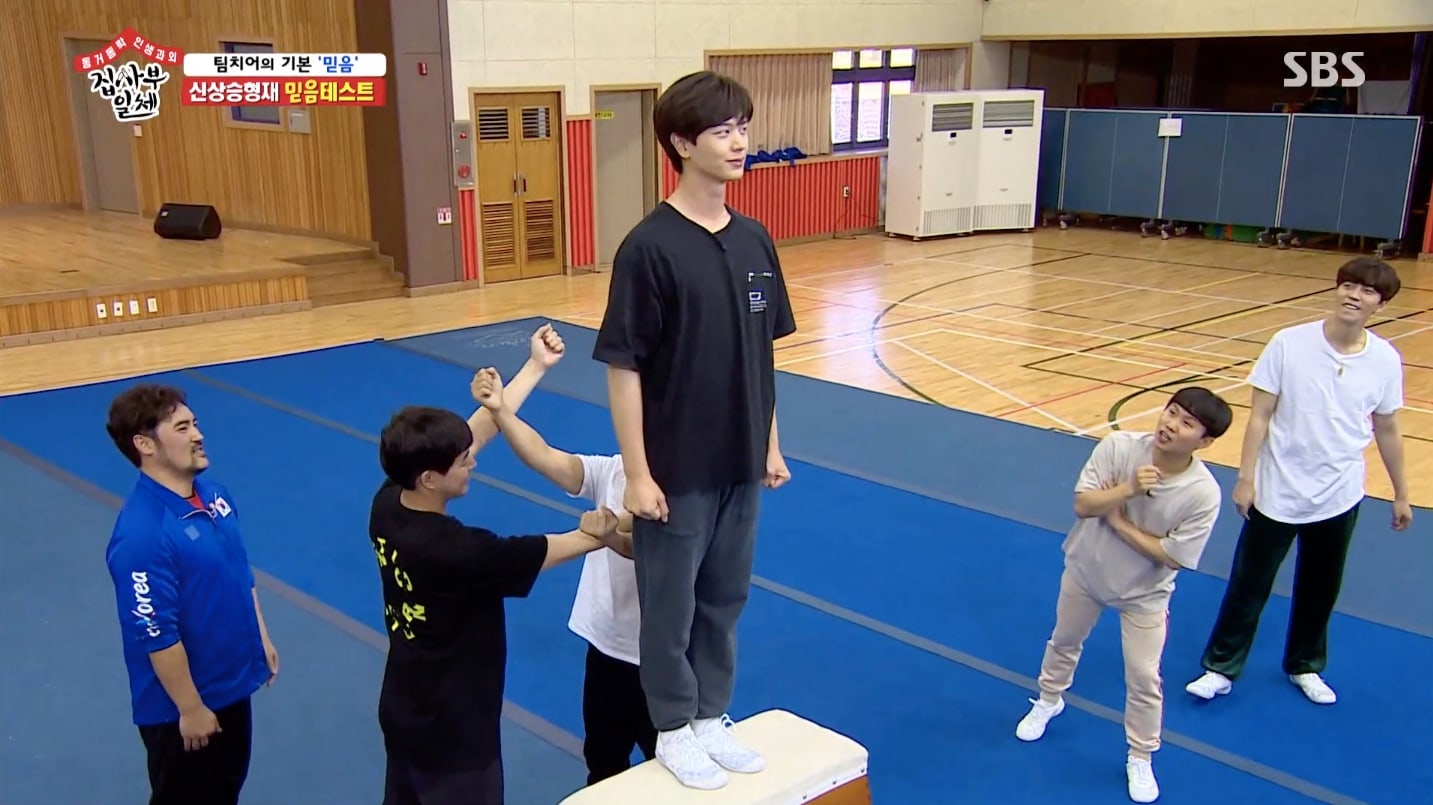 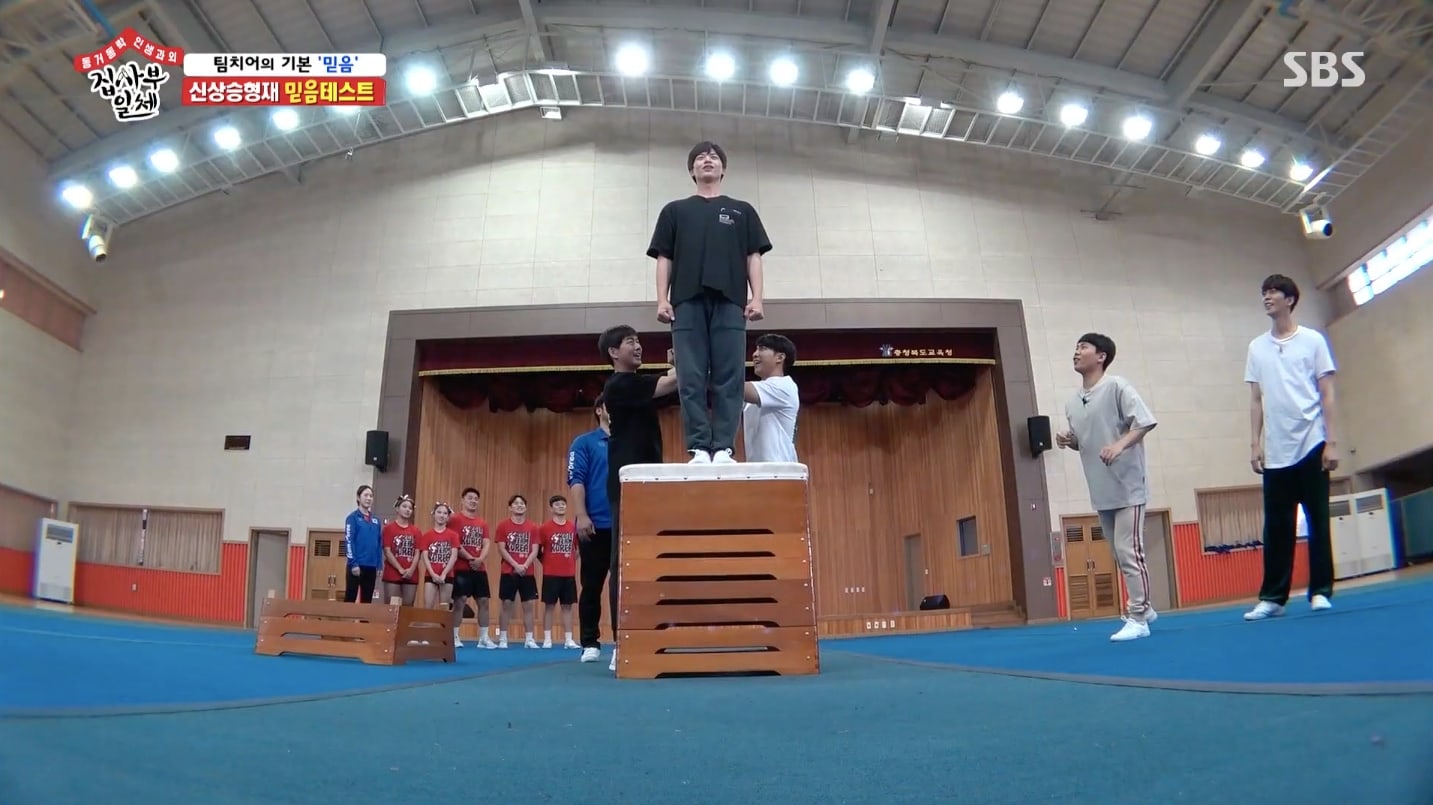 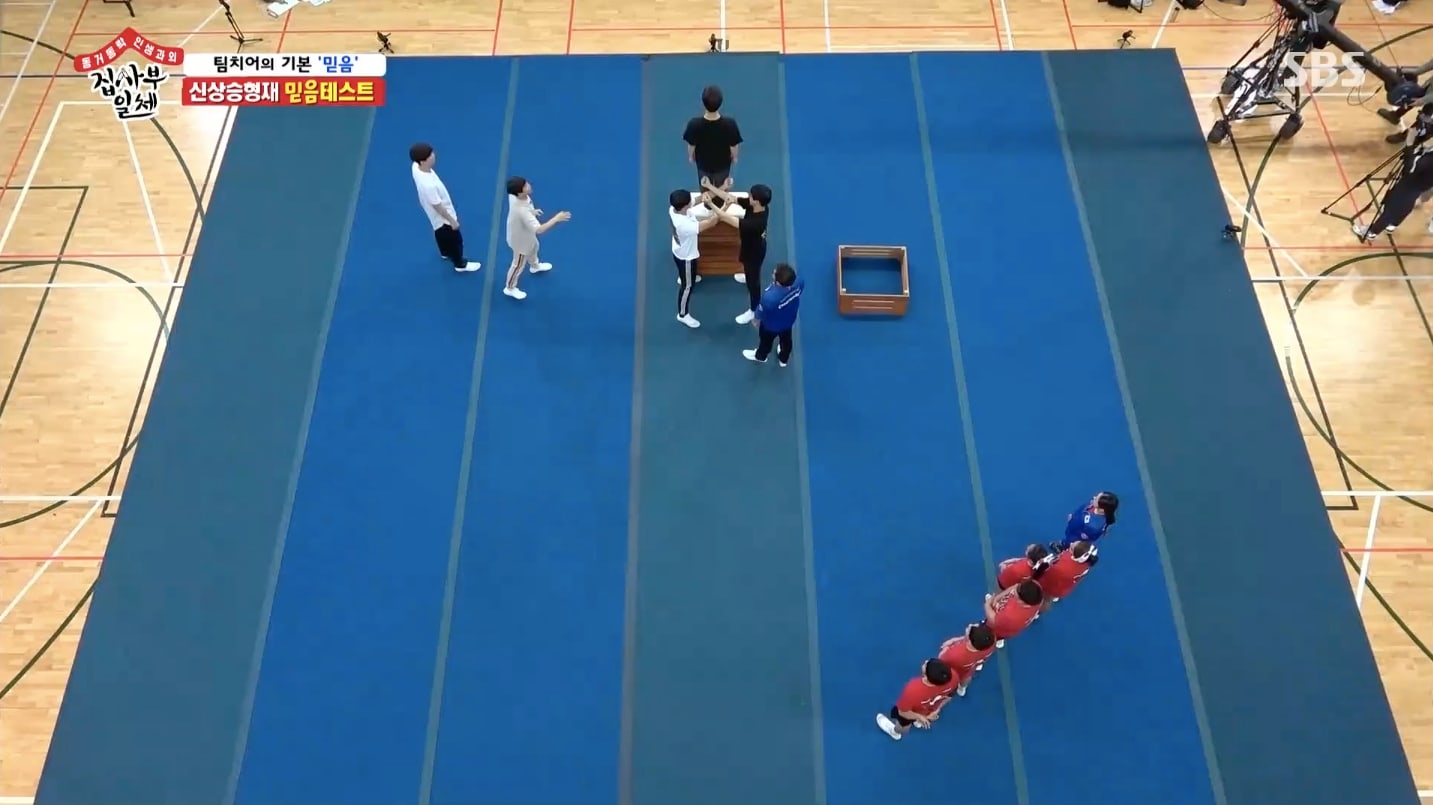 Just when Yook Sungjae was ready to make the fall, Yang Se Hyung mischievously asked him, “If you had to set one [of the two] up with your sister, which of them would it be?” 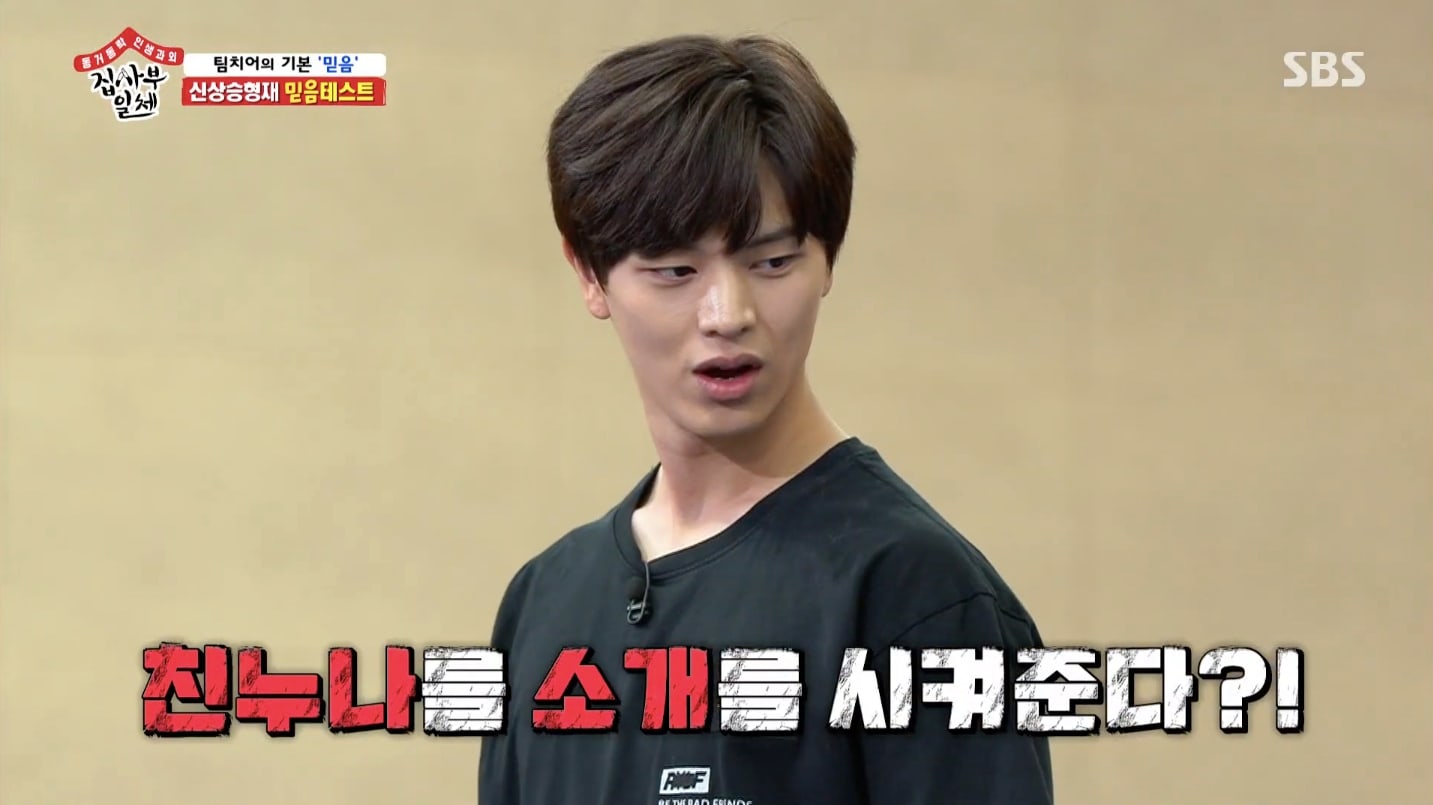 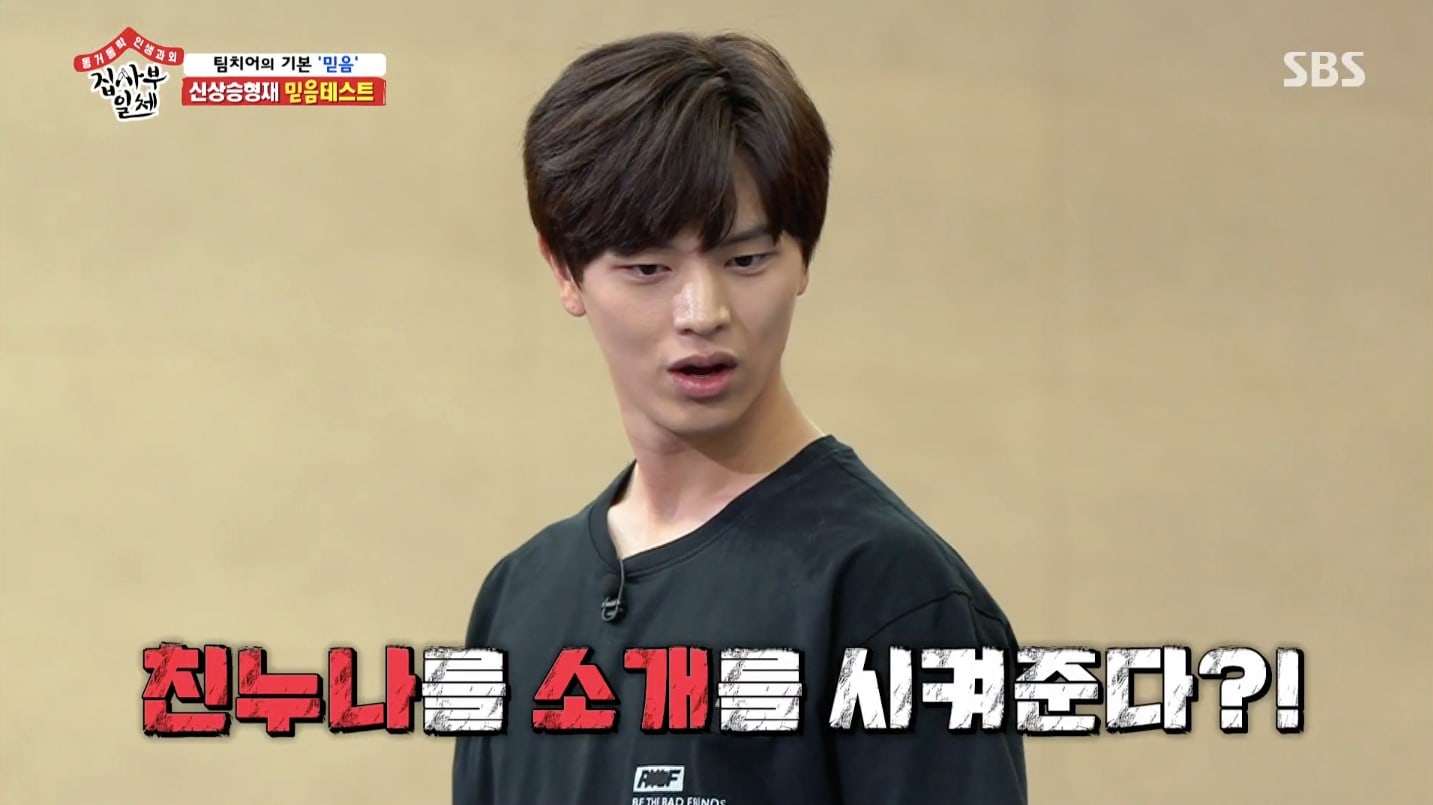 Lee Seung Gi piped up enthusiastically, “This is important. This kind of thing is real trust,” as Yang Se Hyung repeated, “If you had to choose just one person out of Seung Gi and Sang Yoon to set up with your sister, who would it be?”

Yook Sungjae replied, “Just a minute,” and Lee Seung Gi jokingly declared, “I think my strength [when I catch you] will depend on the answer to this question.” After cracking up and taking some time to consider his decision, Yook Sungjae finally agreed to shout out his choice for brother-in-law material as he fell backwards into his castmates’ arms.

As he made his fall, the idol-turned-actor playfully yelled, “Seung Gi hyung!” before immediately following it up with “…I’m sorry! I pick Sang Yoon hyung!”

For a split second, Lee Seung Gi beamed with joy before abruptly realizing that he’d been played. 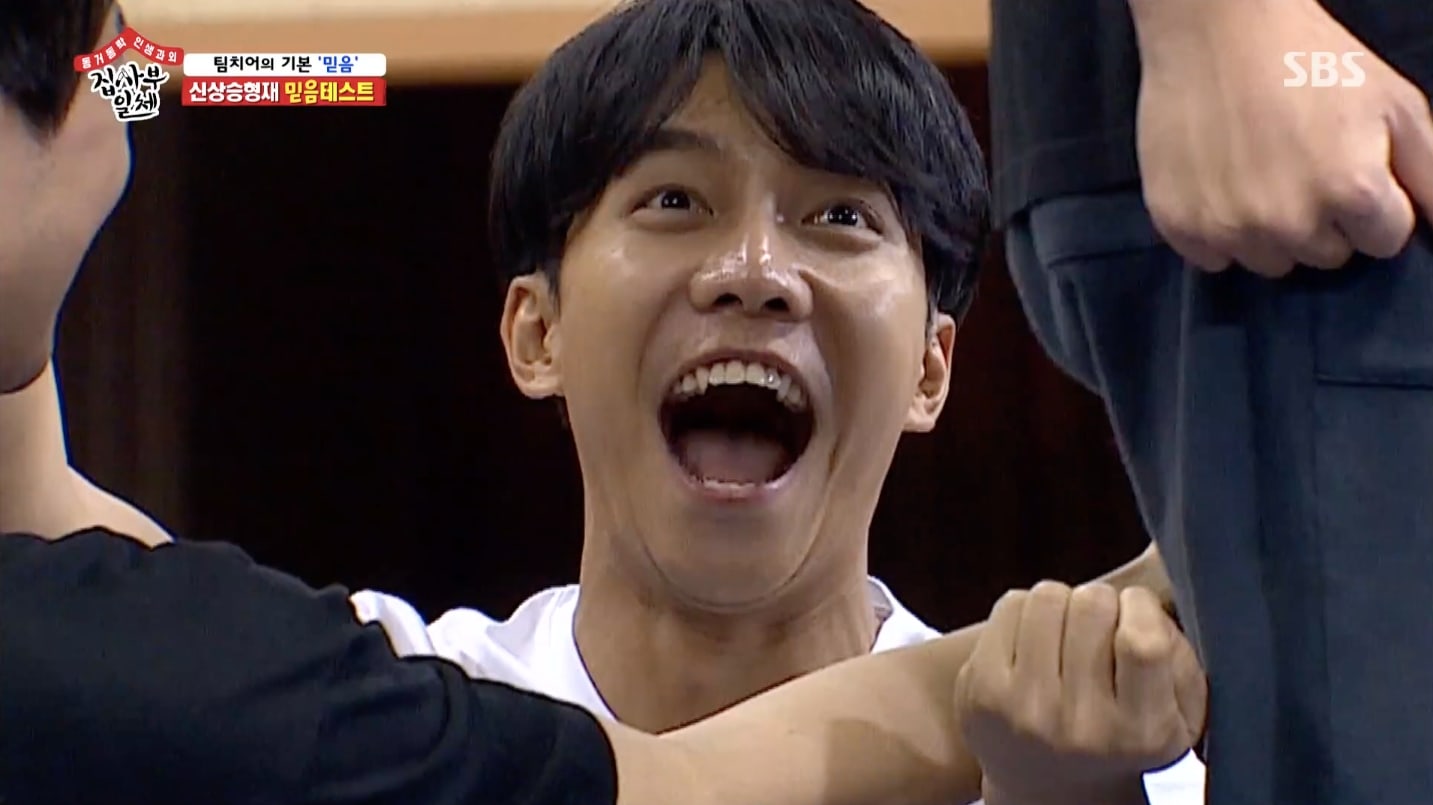 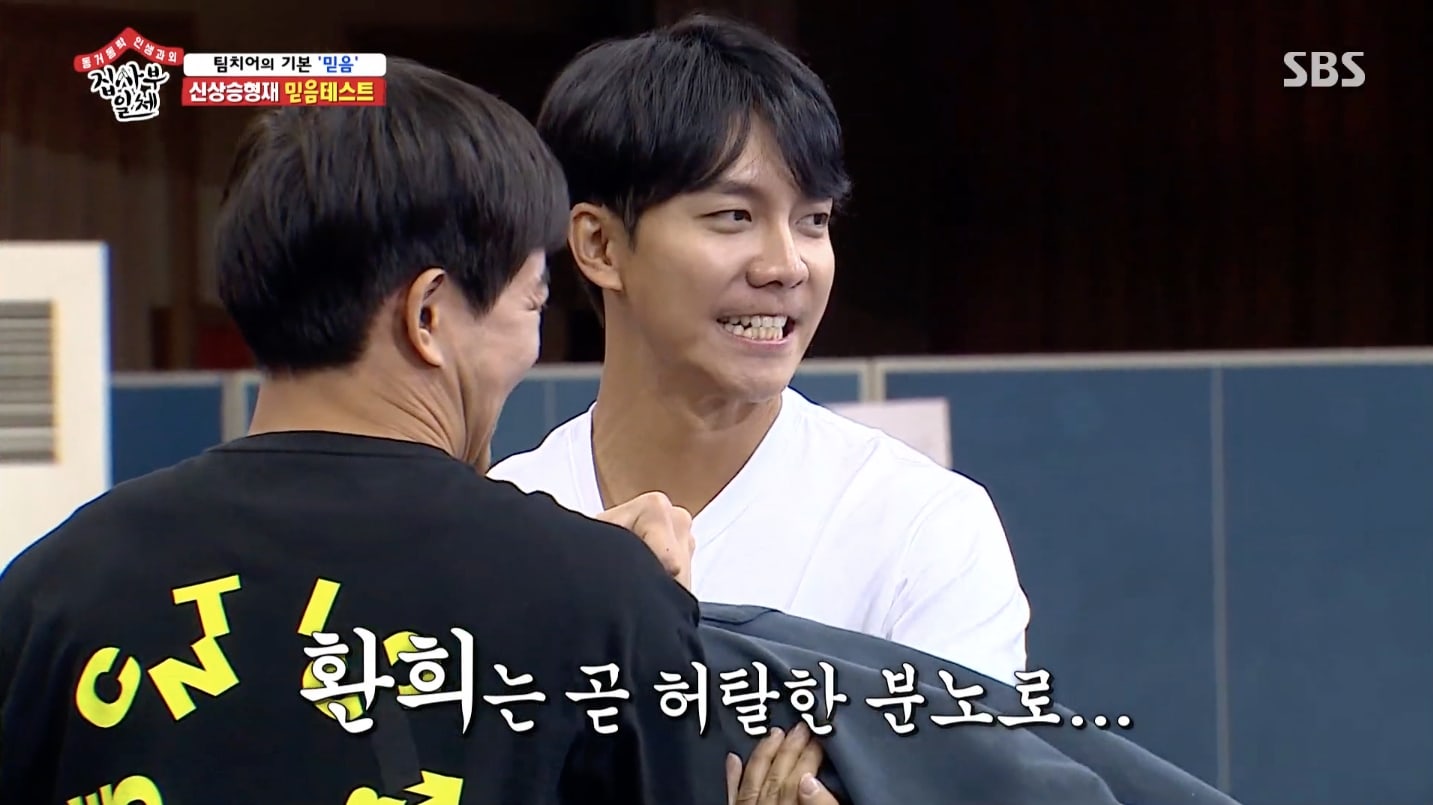 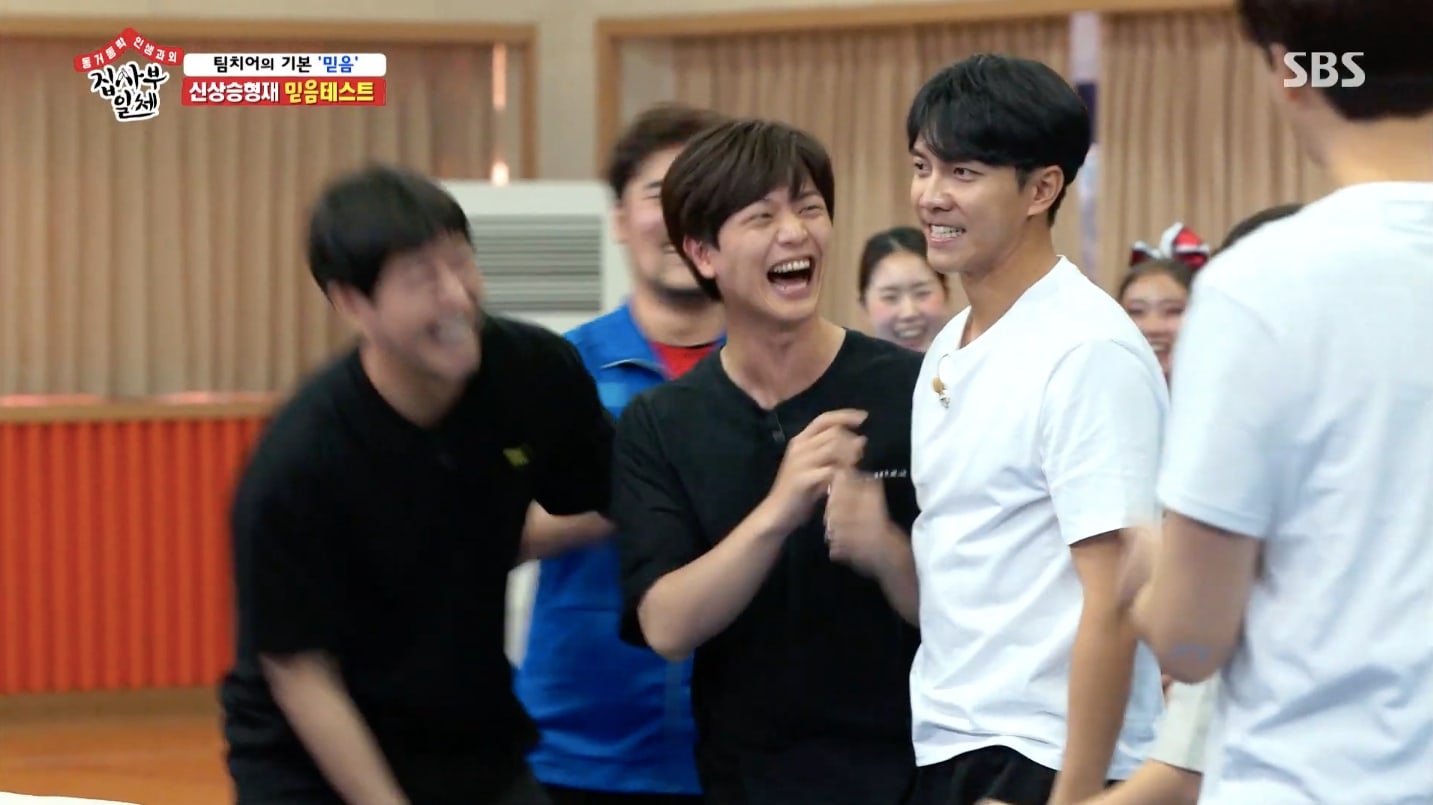 Lee Seung Gi
BTOB
Yook Sungjae
Lee Sang Yoon
Master in the House
How does this article make you feel?