More stars have taken on the “Any Song” challenge!

On January 15, Block B’s Zico shared a clip of him and WINNER’s Song Mino putting a twist on the challenge by dancing with a green screen lying beneath them so that they look like they’re in the clouds. He wrote, “The ascension version with Song Mino.” He added hashtags, “A new paradigm,” and “Any Song Challenge.”

Song Mino commented on the post, “Let’s go up” and also posted a link to Zico’s video on his Instagram Stories. 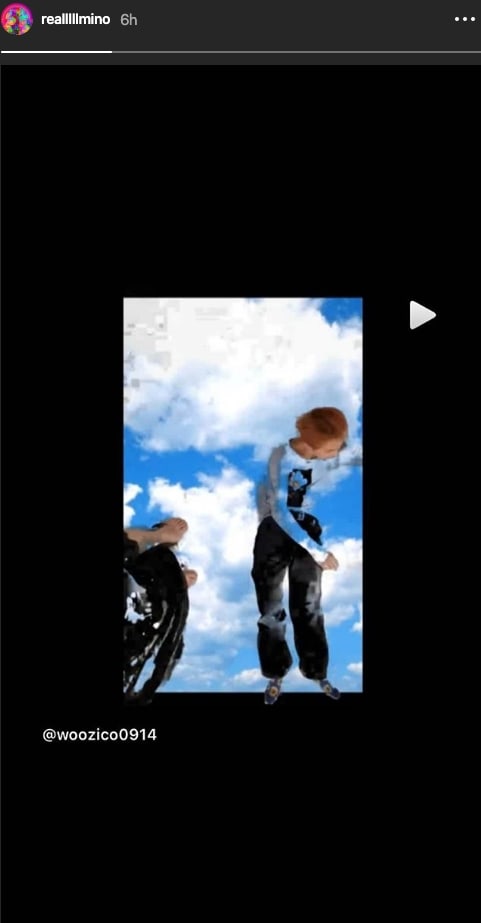 Park Shin Hye revealed her take on Zico’s latest title track while traveling in America. She wrote, “At the Grand Canyon in 2020. Let’s move instead of curling up because it’s cold,” and added that the challenge was a lot of fun.

AB6IX’s Lee Dae Hwi and Jeon Woong joined the fun with their adorable version of the dance. They added, “We did it too hehe. How was it, Zico?”

Zico responded, “Why are you guys so good” with shocked emojis and added, “AB6IX is the best” with a thumbs-up emoji.

Released on January 13, “Any Song” is Zico’s latest title track that topped realtime charts before achieving a certified all-kill. Many stars have taken on the now-viral dance challenge including MAMAMOO’s Hwasa, Chungha, and Lee Hyori.