Gaon Chart has revealed its chart rankings for the week of January 5 to 11!

ATEEZ topped this week’s physical album chart with their new mini album “TREASURE EPILOGUE : Action To Answer,” which debuted at No. 1. SF9’s first studio album “First Collection” made its debut at No. 2, while BTS’s “Map of the Soul: Persona” held onto its spot at No. 3. VERIVERY’s “Face Me” debuted at No. 4, followed by X1’s “Quantum Leap,” which shot back up to No. 5 this week. 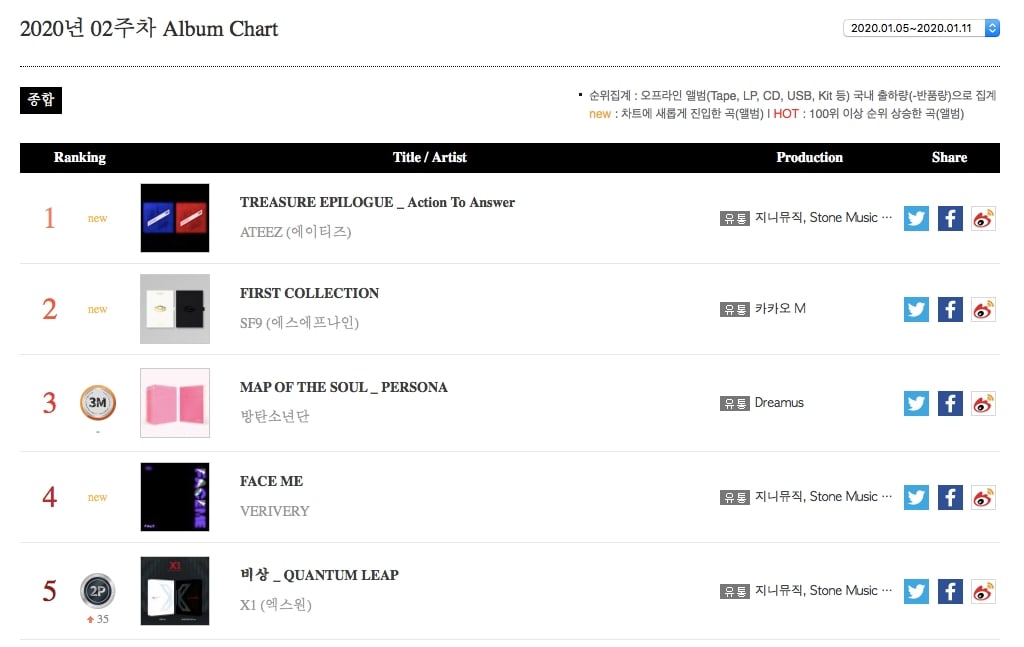 The top five songs on the overall digital chart and the streaming chart were exactly the same this week: Changmo’s “METEOR” maintained its position at No. 1 on both charts, achieving a double crown for the third consecutive week. 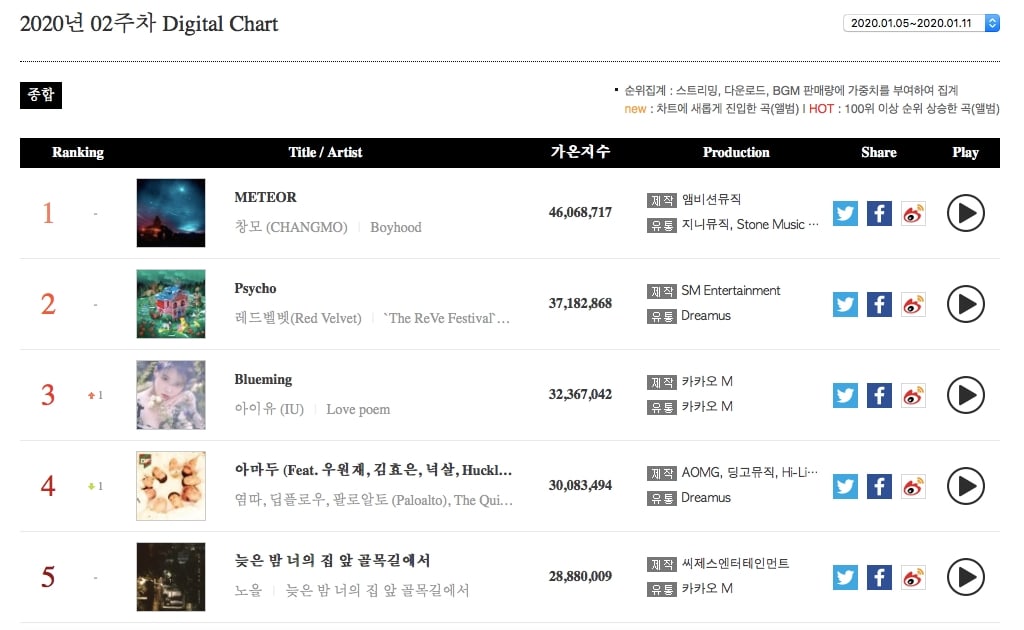 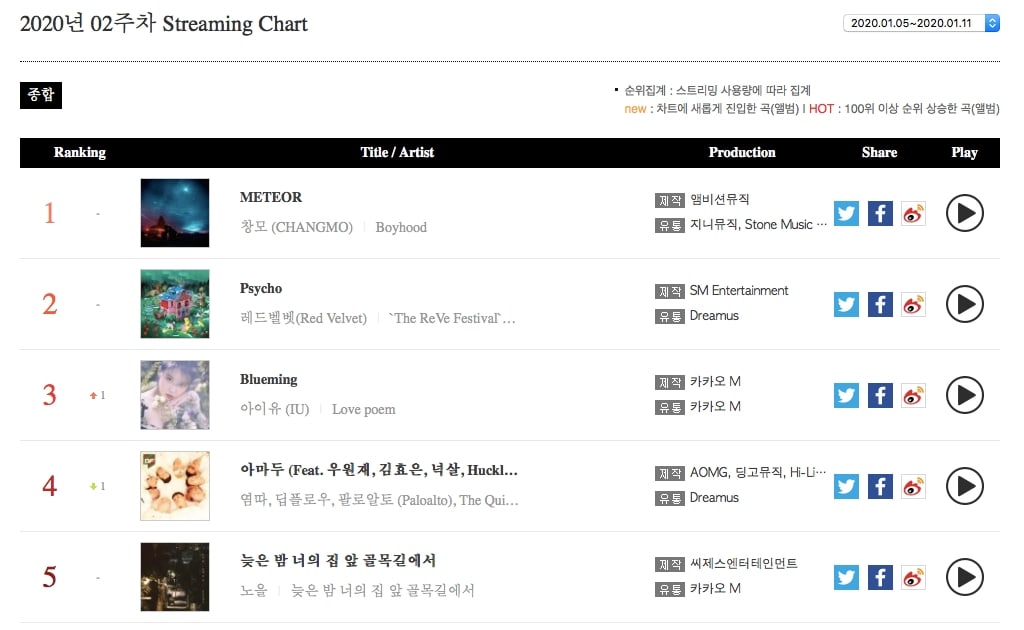 EXO’s Baekhyun also achieved a double crown this week, topping both the digital download chart and the BGM chart (which tracks the songs that people purchase to use as background music for their blogs and KakaoTalk profiles) with “My Love,” his new song from the OST of “Dr. Romantic 2.”

Younha claimed two of the top five spots on this week’s download chart: her new title track “Dark Cloud” debuted at No. 2, while “Winter Flower,” her collaboration with BTS’s RM, debuted at No. 4.

Finally, Red Velvet’s “Psycho” and Changmo’s “METEOR” stayed strong at No. 3 and No. 5 respectively. 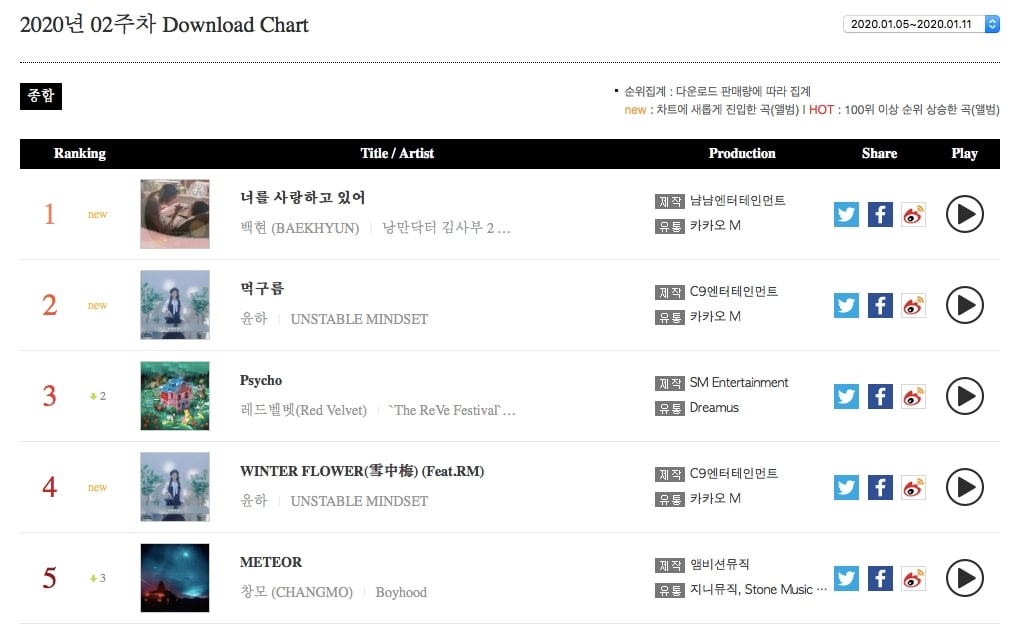 BTS remained at No. 1 on Gaon’s Social Chart 2.0 this week, with Yang Joon Il and Stray Kids also maintaining their positions at No. 2 and No. 3 respectively. SF9 rose to No. 4 on this week’s chart, while SEVENTEEN rounded out the top five. 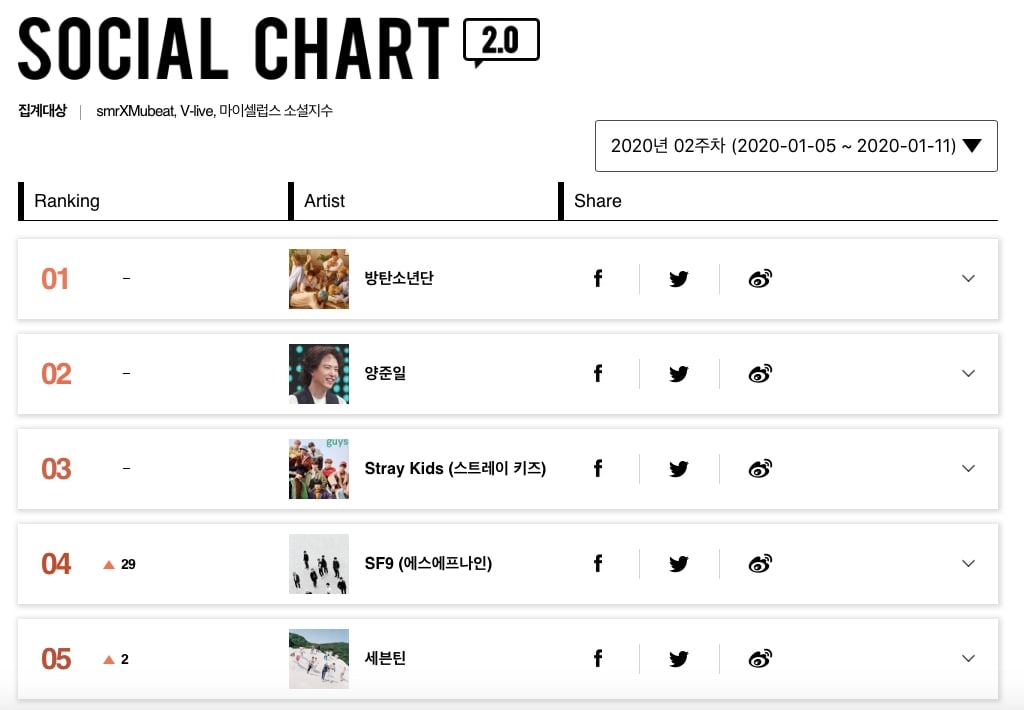 Listen to Baekhyun’s chart-topping song in the latest episode of “Dr. Romantic 2” below!