tvN’s “Crash Landing on You” has released new behind-the-scenes photos of Hyun Bin!

“Crash Landing on You” tells the story of a wealthy South Korean heiress named Yoon Se Ri (Son Ye Jin), who is forced to make an emergency landing in North Korea during a paragliding trip. There, she meets Ri Jung Hyuk (Hyun Bin), an elite North Korean officer.

In the photos, Hyun Bin shows off his professional attitude as he monitors his scenes with a serious expression. In another image, the actor stares at the camera with an intense gaze. He also eats corn on the cob as he sits on the floor of his character’s home, displaying the warmth of the domestic scene. 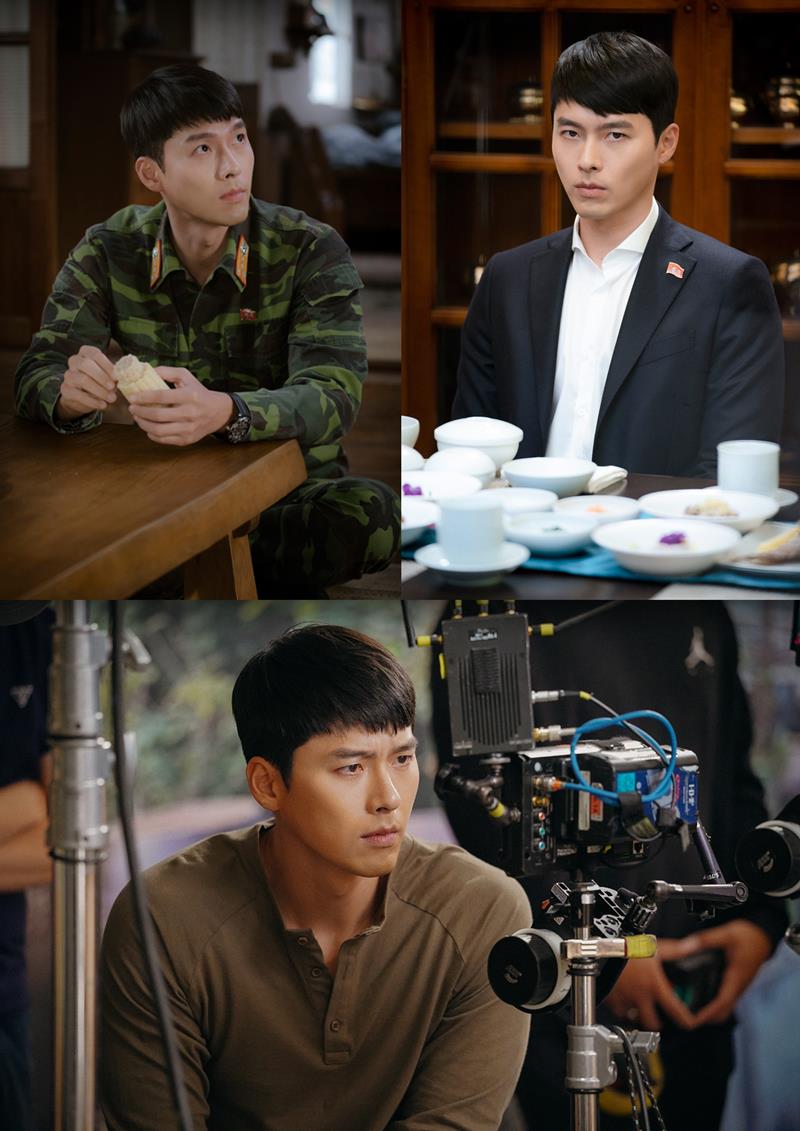 Meanwhile, “Crash Landing on You” achieved its highest ratings yet during its January 12 broadcast with a peak of 12.6 percent.