Hyun Bin And Son Ye Jin Share A Sweet, Emotional Moment In “Crash Landing On You”

tvN’s “Crash Landing on You” has revealed new stills of Hyun Bin and Son Ye Jin.

The drama tells the story of a wealthy South Korean heiress named Yoon Se Ri (Son Ye Jin), who is forced to make an emergency landing in North Korea during a paragliding trip. There, she meets Ri Jung Hyuk (Hyun Bin), an elite North Korean officer.

In the previous episode, viewers found out that Yoon Se Ri had found comfort in a piano melody played by Ri Jung Hyuk long before they met in North Korea.

In the new stills, Yoon Se Ri and Ri Jung Hyuk share a sweet, emotional moment sitting together at the piano.

The previous episode also left viewers on the edge of their seats, as Yoon Se Ri was thrust into danger once again. How Yoon Se Ri and Ri Jung Hyuk overcome the crisis to meet once again can be seen in the next episode, airing January 18. 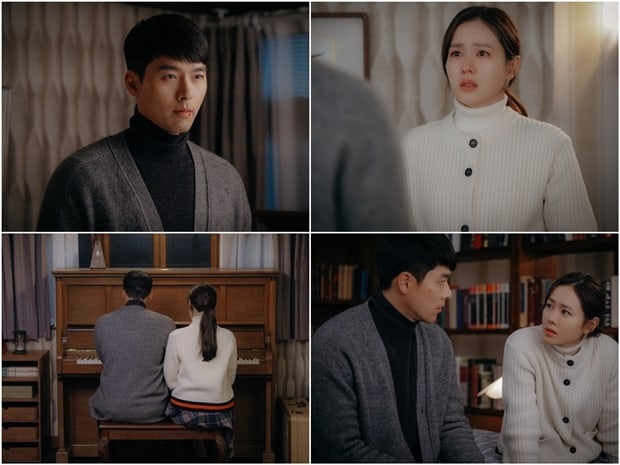