MAMAMOO’s Solar talked about her pre-debut days on the latest episode of “Yoo Hee Yeol’s Sketchbook”!

During the January 17 broadcast of the KBS 2TV music talk show, host Yoo Hee Yeol asked Solar how she ended up becoming a singer. The MAMAMOO leader replied, “By chance, I happened to be singing [at an event] on the street, and someone who worked in the music industry was there. That person contacted me and said, ‘You should definitely try becoming a singer.'”

“But back then, I wasn’t thinking of becoming a singer,” Solar went on. “So I turned down the offer. At the time, I wanted to become a flight attendant, and I was preparing to become one, but I couldn’t stop thinking about [singing] after that. Because I did love singing. So I kept debating whether I should give it a try, and I finally decided, ‘Let’s do this.'”

“So from then on, I started going to lots and lots of auditions,” said Solar. “I think I went through about 50 auditions. But I failed nearly every single one.”

Yoo Hee Yeol remarked, “I heard that you auditioned for every agency except SM. Why did you leave out SM when you were auditioning?”

Solar replied with a laugh, “Because of my appearance, I decided to remove myself from the pool on my own.” Yoo Hee Yeol protested disapprovingly, “What are you talking about?” before asking, “So you just chose not to audition for SM because you thought you wouldn’t get in?”

“Yes,” responded Solar. “I knew all too well that I wouldn’t get in, so I thought, ‘Let’s not give myself unnecessary heartache.’ I decided to audition elsewhere instead.” 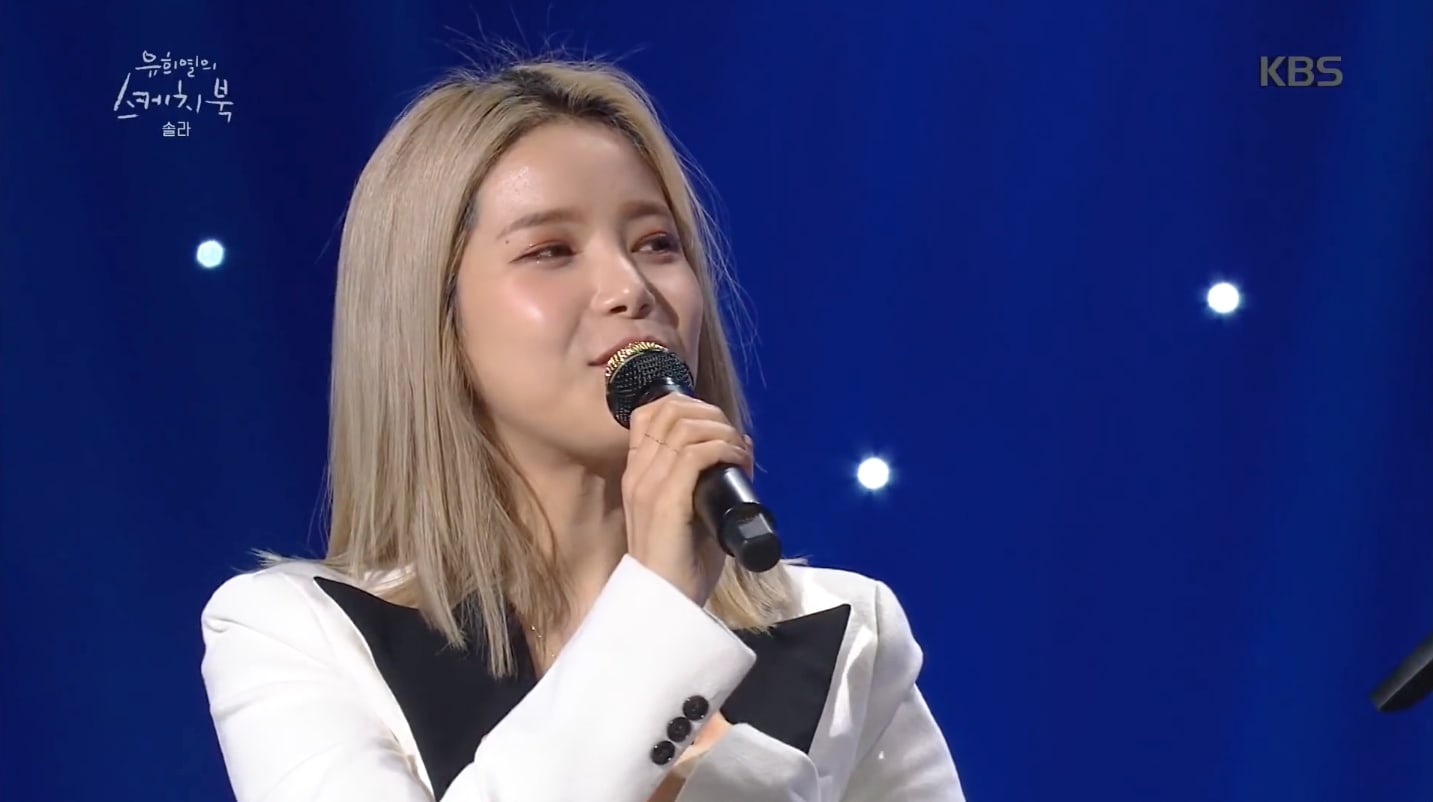 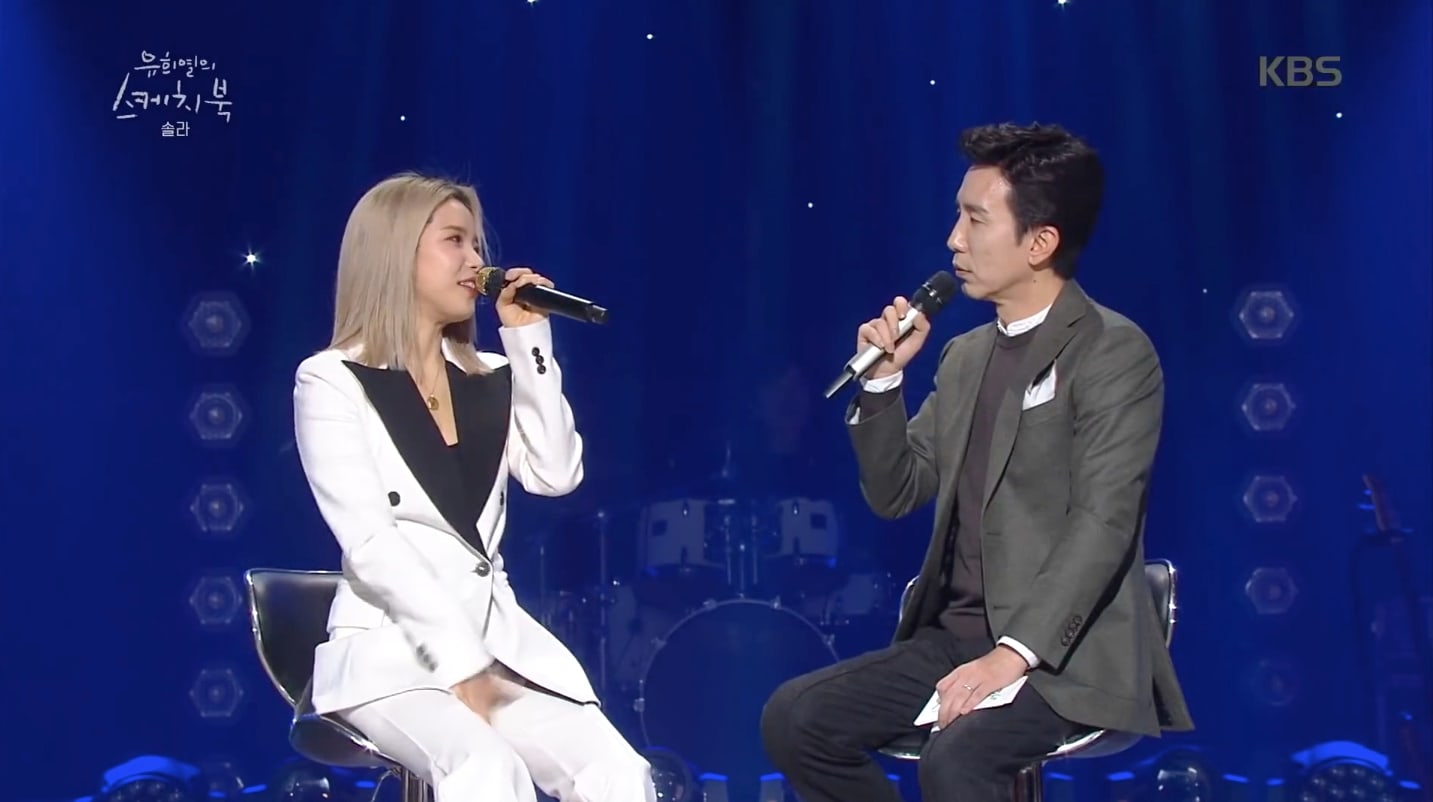 Solar then performed a gorgeous cover of Whitney Houston’s “I Will Always Love You,” the song that she sang at most of her auditions before she joined RBW.

Check out Solar’s powerful rendition of “I Will Always Love You” below!