Son Ye Jin has landed herself in hot water!

The drama tells the story of a wealthy South Korean woman named Yoon Se Ri (Son Ye Jin), who is forced to make an emergency landing in North Korea during a paragliding trip. There, she meets Ri Jung Hyuk (Hyun Bin), an elite North Korean officer in the military.

Previously on “Crash Landing on You,” Yoon Se Ri, with some help from Goo Seung Joon (Kim Jung Hyun), have a teary reunion with Ri Jung Hyuk. Afterwards, Yoon Se Ri is happily preparing a gift for Ri Jung Hyuk when she is abducted. The upcoming episode will show exactly where Yoon Se Ri is taken and what happens to her during her time in captivity. 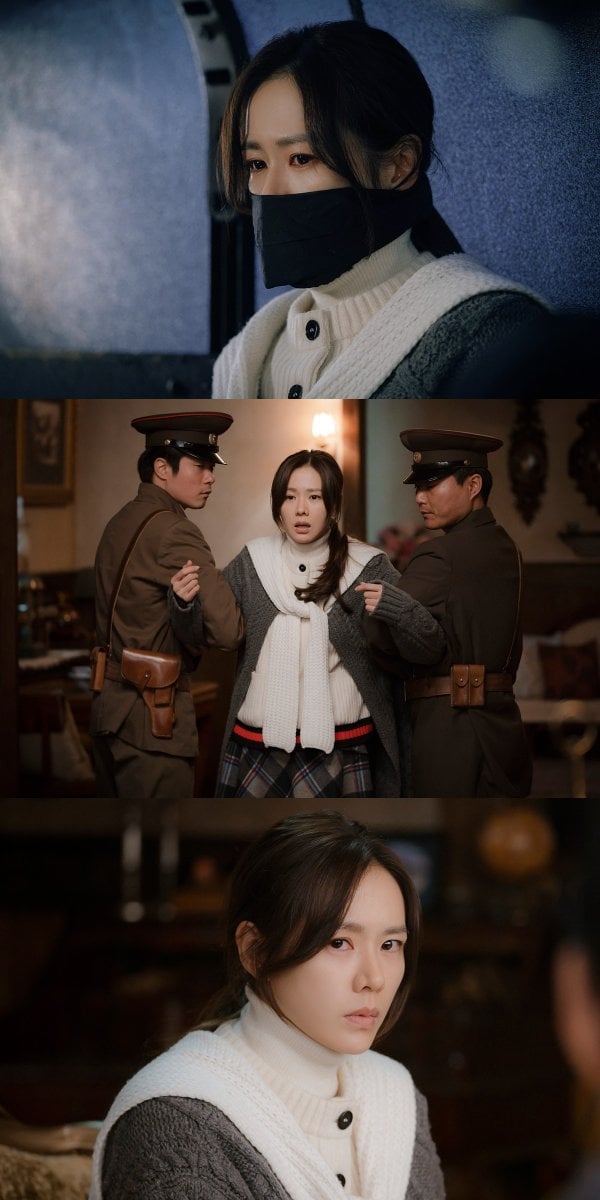 The new stills released show Yoon Se Ri at the moment she is abducted by North Korean soldiers, as well as when she is gagged and presumably being transported elsewhere. Another image shows her glaring intently at someone off screen.

Who Yoon Se Ri is glaring at, and whether or not Ri Jung Hyuk will be able to rescue her after his tense discussion with Seo Dan (Seo Ji Hye), will be revealed in the upcoming episode, which airs on January 18 at 9 p.m. KST.