Kim Min Kyu And Jin Se Yeon Are On The Verge Of A Kiss In “Queen: Love And War”

In the last episode, Kang Eun Bo, whose misunderstanding was solved, and Lee Kyung, who doesn’t know the truth, grew increasingly closer to each other, warming the hearts of viewers while also giving them a feeling of sadness.

In the new stills, Kang Eun Bo and Lee Kyung are just moments away from their first kiss. The two are sitting by the river, and she is leaning against him with her eyes closed. He gazes at her with doting eyes and slowly leans towards her. The attention is on their sweet atmosphere, and viewers will be able to find out how they ended up at the river together. 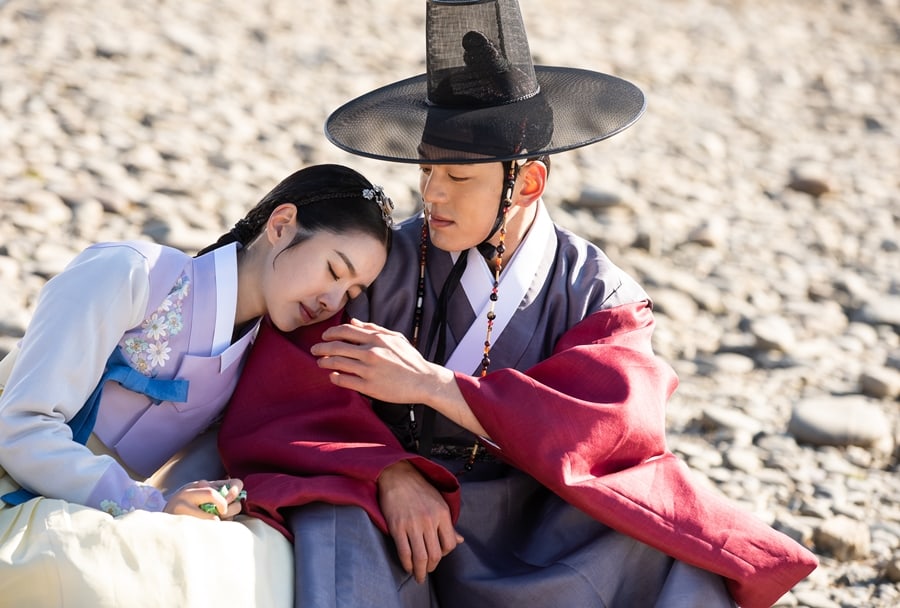 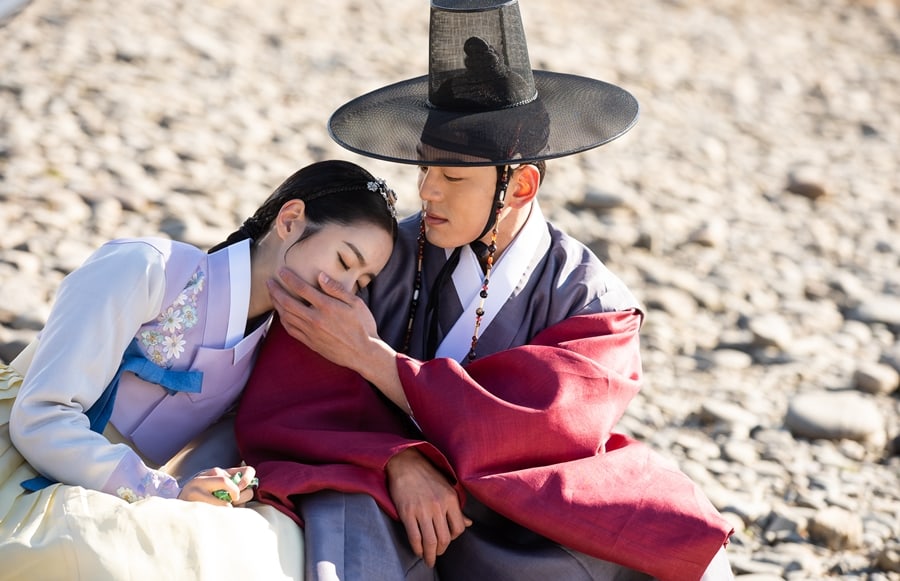 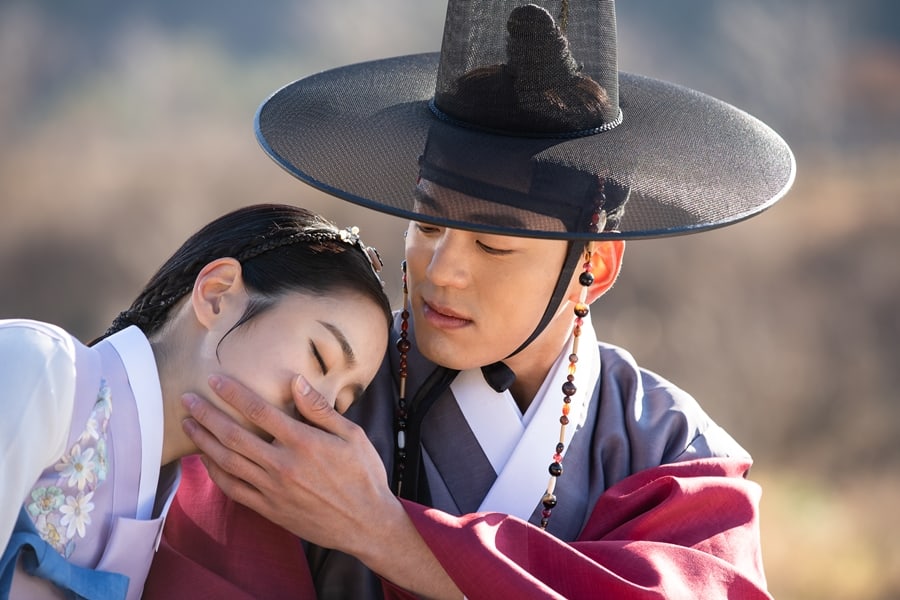 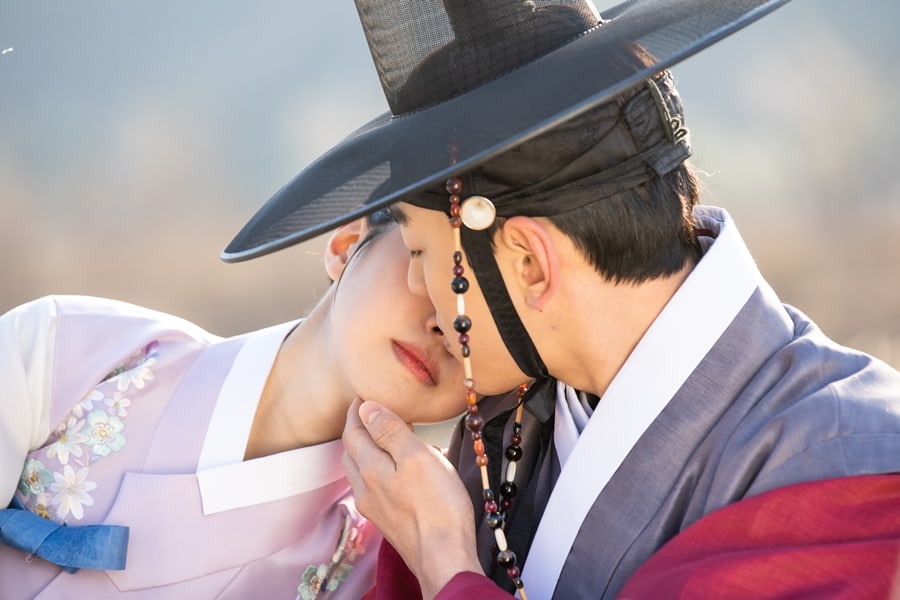 This scene was filmed at the Donggang River in Yeongwol, Gangwon Province on December 5 of last year. The two actors expressed their admiration of the beautiful scenery and prepared to film the scene with excitement. Jin Se Yeon warmed up the atmosphere by sharing snacks with the crew, and Kim Min Kyu showed consideration for her by warming up his hand so that her cheek wouldn’t be cold when he touched it.

During break time, Jin Se Yeon and Kim Min Kyu bumped into each other’s heads while sharing gummy snacks. Despite their friendly chemistry off set, they turned into affectionate lovers when the cameras began rolling. They perfected the scene with their deep gazes as Jin Se Yeon portrayed pain and Kim Min Kyu expressed his love for her.

The production crew praised, “The two of them looked so amazing in the shot that we marveled at them. Jin Se Yeon and Kim Min Kyu gave an eye-catching performance with their passionate gazes as they immersed into their roles. I hope you will look forward to what kind of path the two of them will take as they make their way through the drastic set-ups and tricks in the selection process.”