While picking partners for the race, Kang Han Na’s choice came down to Kim Jong Kook and Lee Kwang Soo. She recalled that in a previous episode, she had made a cutesy acrostic poem on Kim Jong Kook’s name, only to be rejected in favor of Seol In Ah. 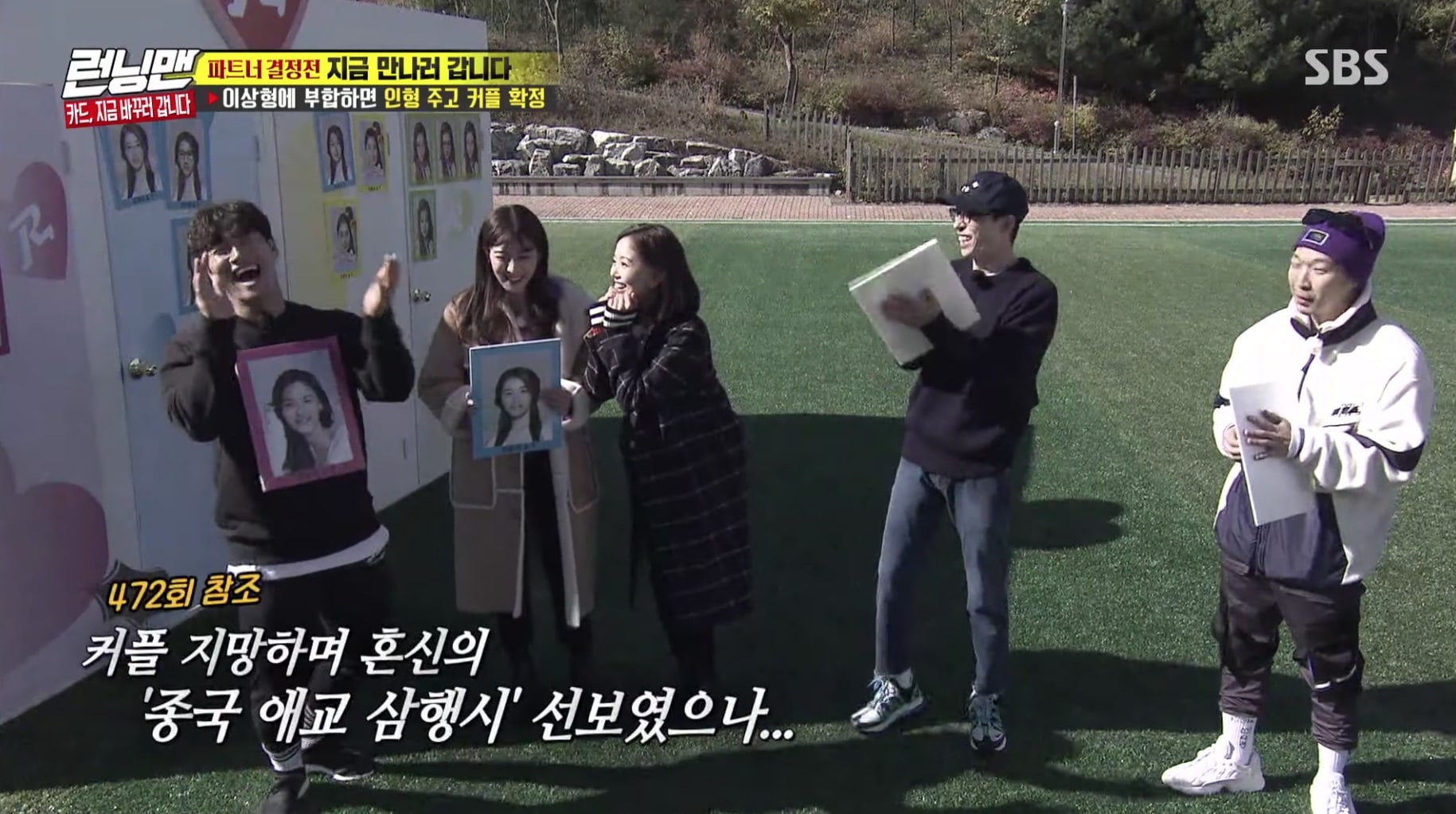 As “revenge,” she requested that Kim Jong Kook and Lee Kwang Soo also make cutesy acrostic poems based on her name. Kim Jong Kook ended his poem by saying, “Look only at me” and making a cutesy gesture with his hands, making not only Kang Han Na, but the entire cast, react in shock. 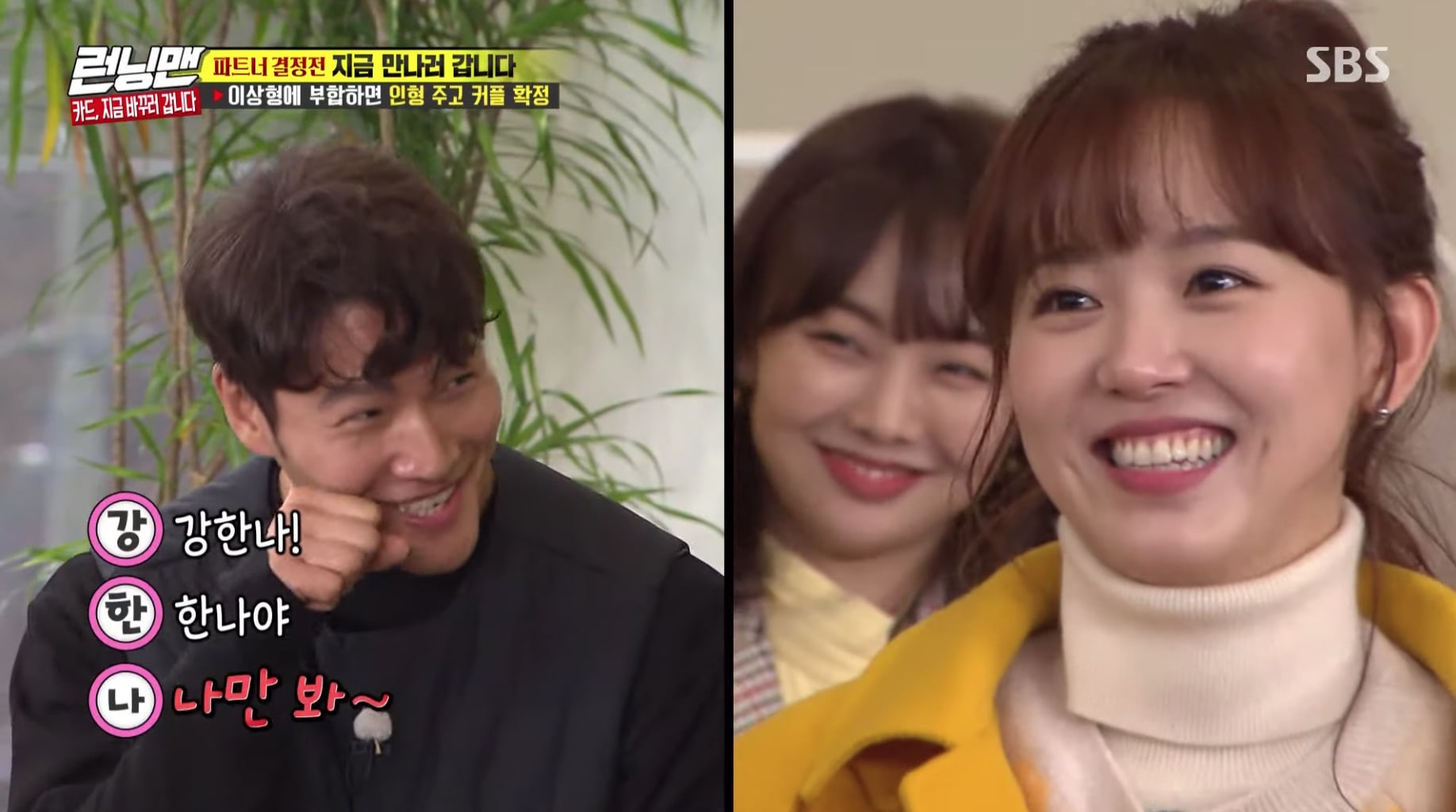 Lee Kwang Soo was the target of complaints from the very beginning of his poem because he started speaking in a cutesy tone of voice. His poem was, “Kang Han Na, I have one thing to say. I want to be your partner.” Before Kang Han Na could respond, Yoo Jae Suk, unable to take the aegyo any more, physically wrestled him down to the ground. 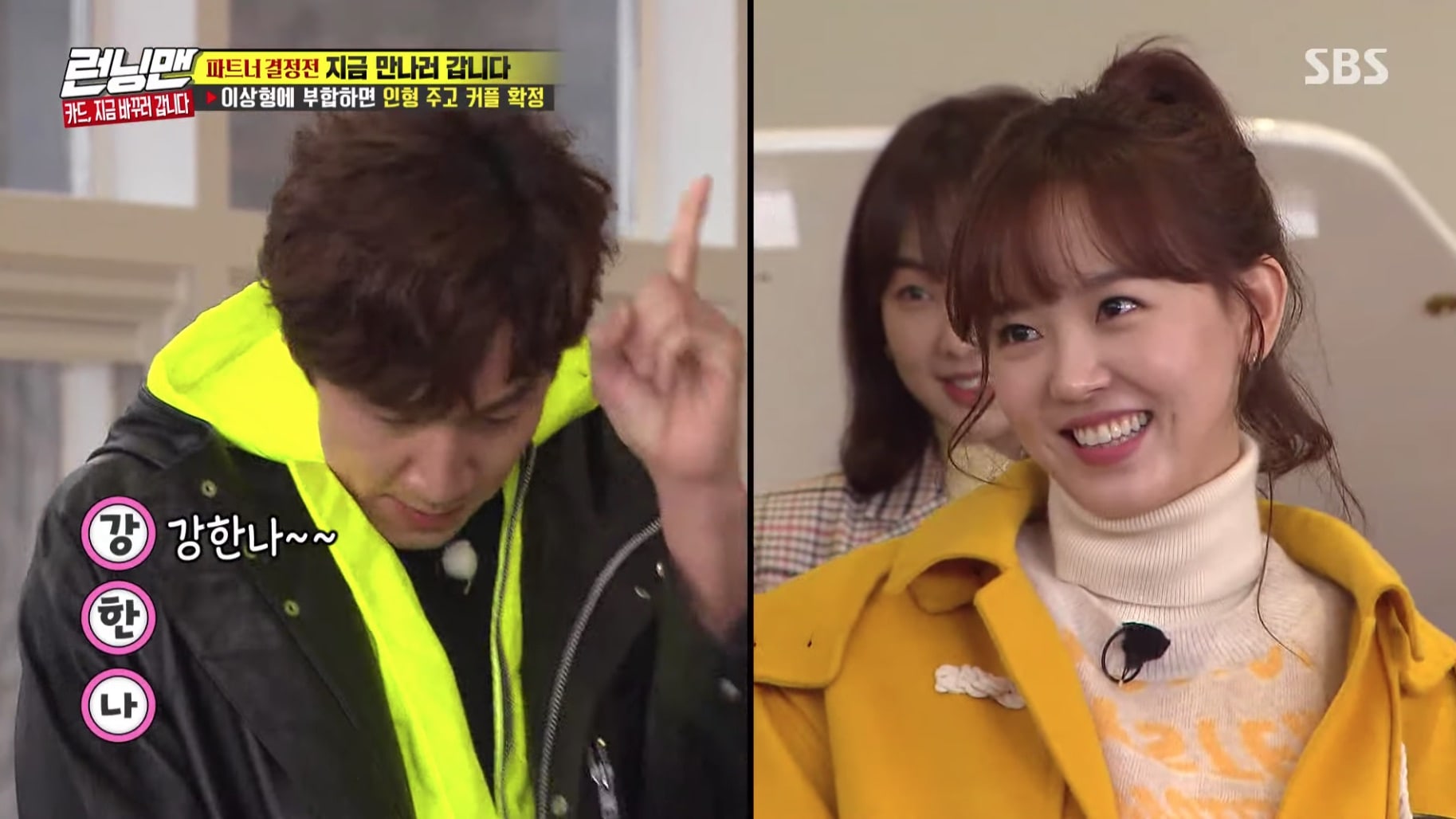 In the end, Kang Han Na chose Kim Jong Kook as her partner. Apink’s Chorong was given the choice to try and take her partner away, but she said, “I’ll just go with the one who’s left,” making Lee Kwang Soo protest at her choice of words. 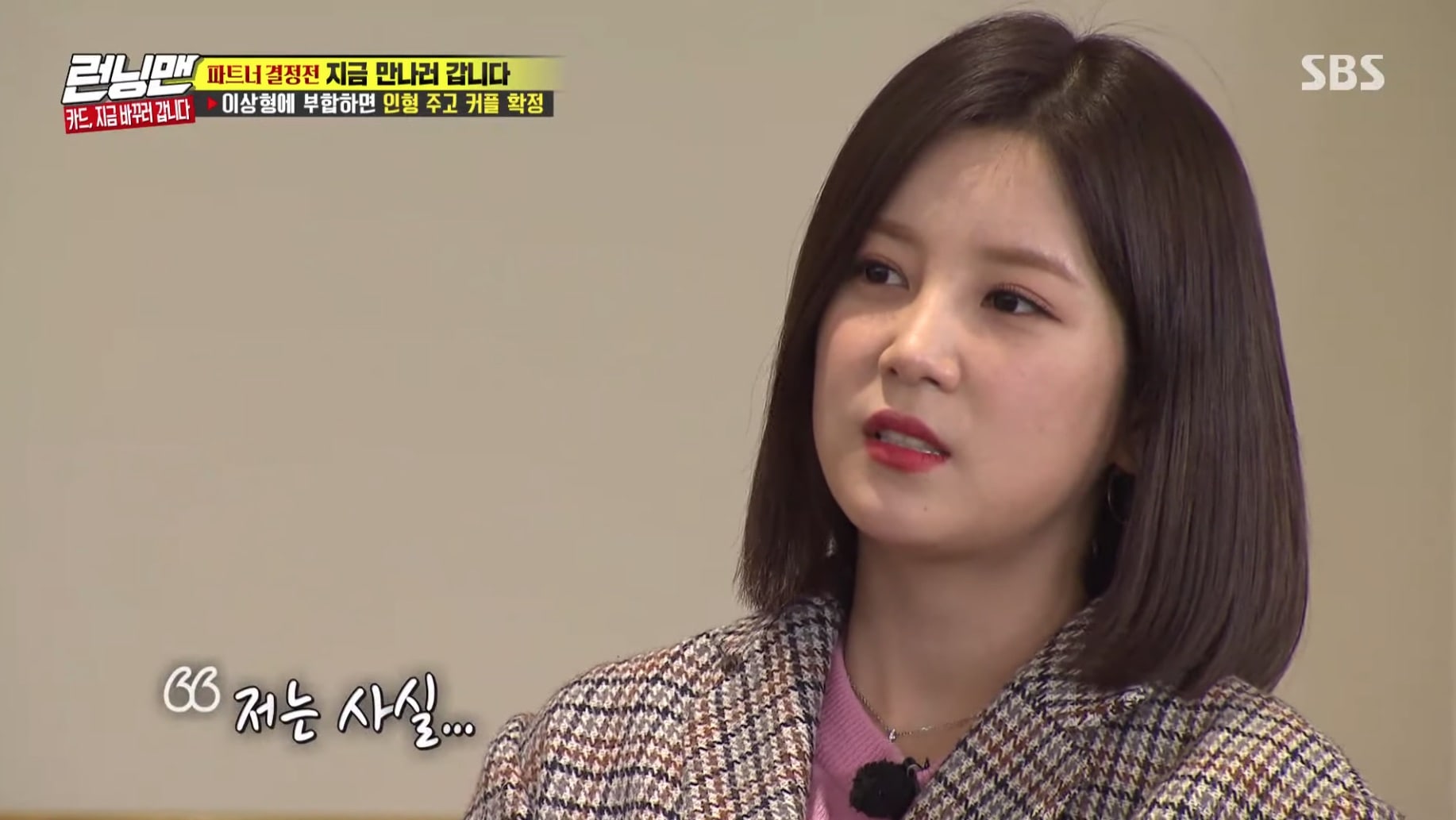