BTS Announces Dates And Locations For “Map Of The Soul Tour”

BTS has now added a new stop on their world tour! The group will be performing in Rotterdam in July as part of their “Map of the Soul” tour. 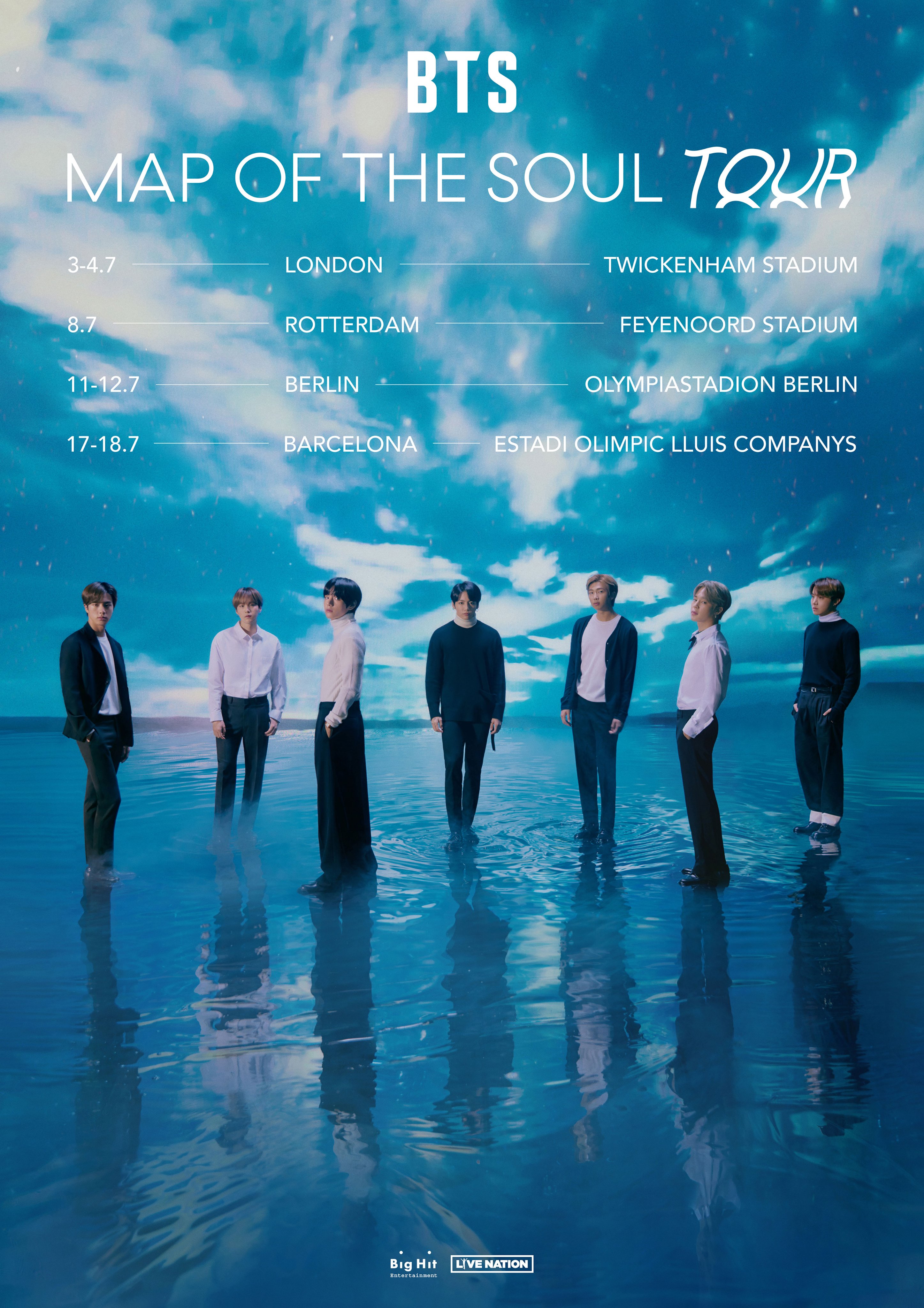 BTS will be embarking on their world tour “BTS Map of the Soul Tour”!

The first announcement includes a total of 37 shows in 17 cities around the world. The tour kicks off at the Olympic Stadium in Seoul on April 11, and the group will then move on to perform at stadiums in the United States, Canada, Japan, United Kingdom, Germany, and Spain.

The dates and venues of the tour can be found below: 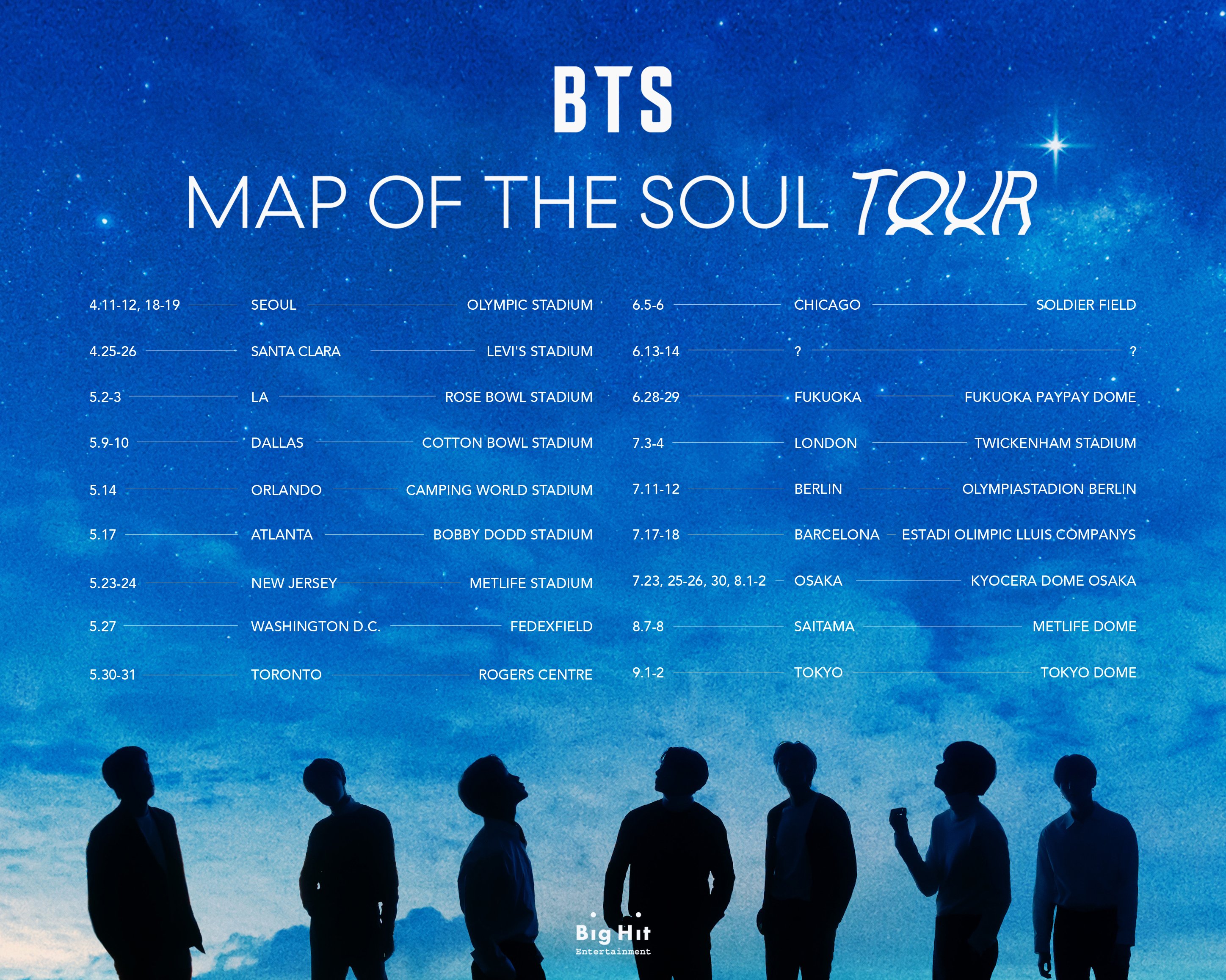 Concerts on June 13 and 14 are included in the poster without a location, raising anticipation for where they will be held.

Check out the poster for BTS’s first concert for the tour in Seoul: 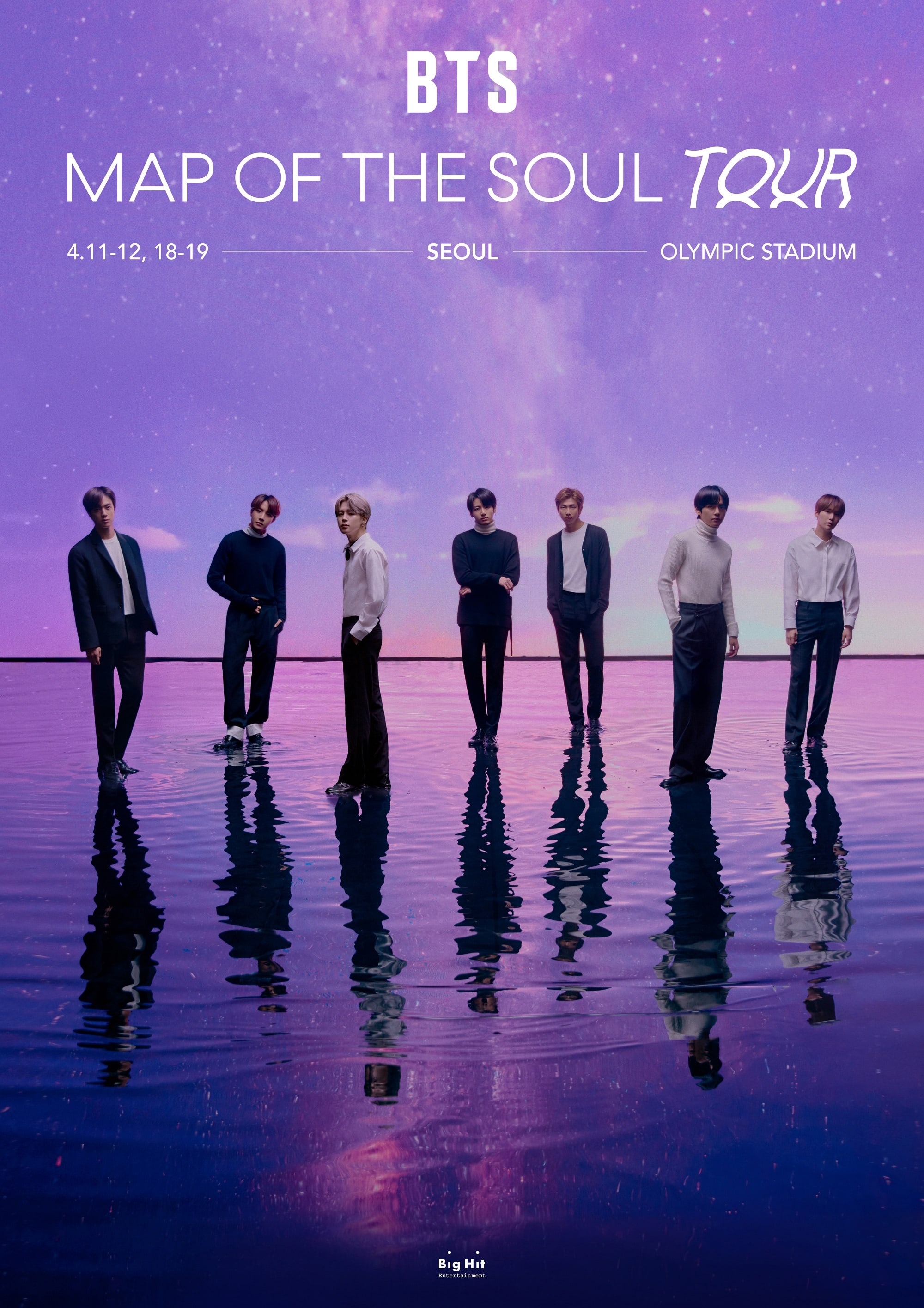 Meanwhile, BTS is gearing up for a comeback with their fourth full album “Map of the Soul: 7” on February 21. Watch the art film for their pre-release single “Black Swan” here!