It’s that time again where we turn back the clock by 10 years and revisit some of the more memorable dramas from a decade ago. 2010 was the year that delivered the ratings-strong “Baker King, Kim Tak Goo” as well as the cultural phenomenon, “Secret Garden.” We were also treated to gems such as “My Girlfriend is a Gumiho” and “Sungkyunkwan Scandal,” both of which have only continued to garner more fans over the years. And regardless of how well any of these dramas did during that time, we can’t deny that they are memorable and ones that we remember even to this day. 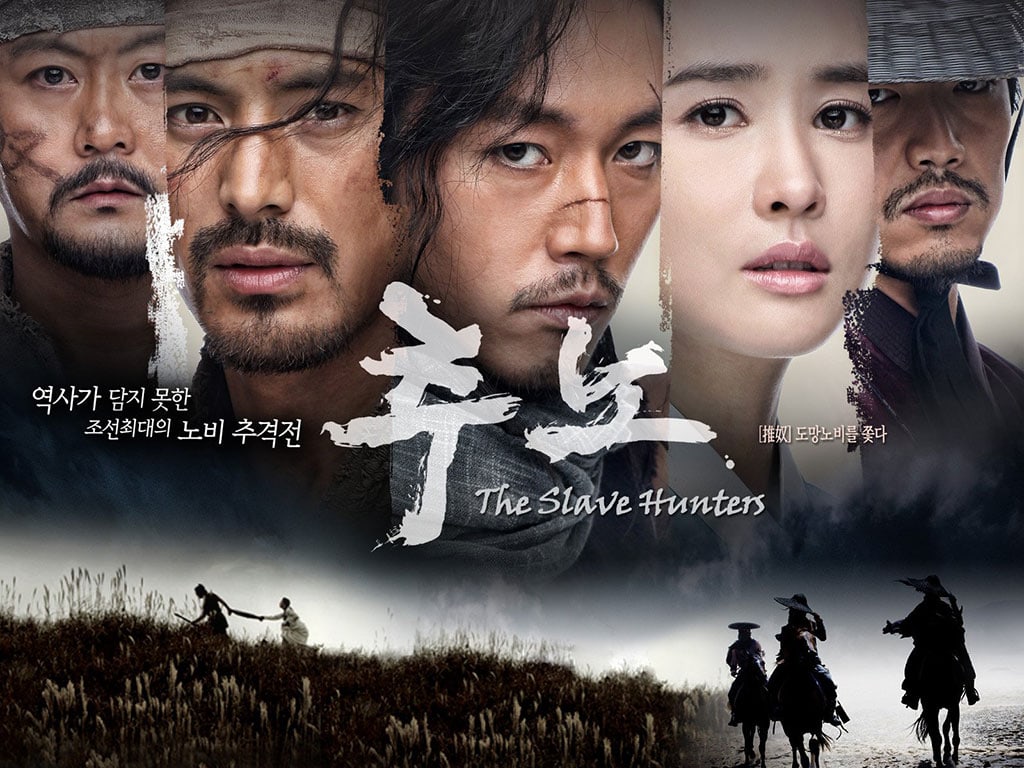 “Slave Hunters,” also known as “Chuno,” kicked off 2010 by delivering an adrenaline-filled action drama about a slave hunter (Jang Hyuk) who is tasked with tracking down a runaway slave (Oh Ji Ho). The drama is one that boasts intricately filmed fight sequences and sharp editing, but as beautiful as the cinematography is — and it truly is spectacular — what is even more exceptional is the performance by Jang Hyuk. The rawness and passion in his acting is so visceral, it elevates this thrilling drama to a whole other level.

Jewel in the Crown 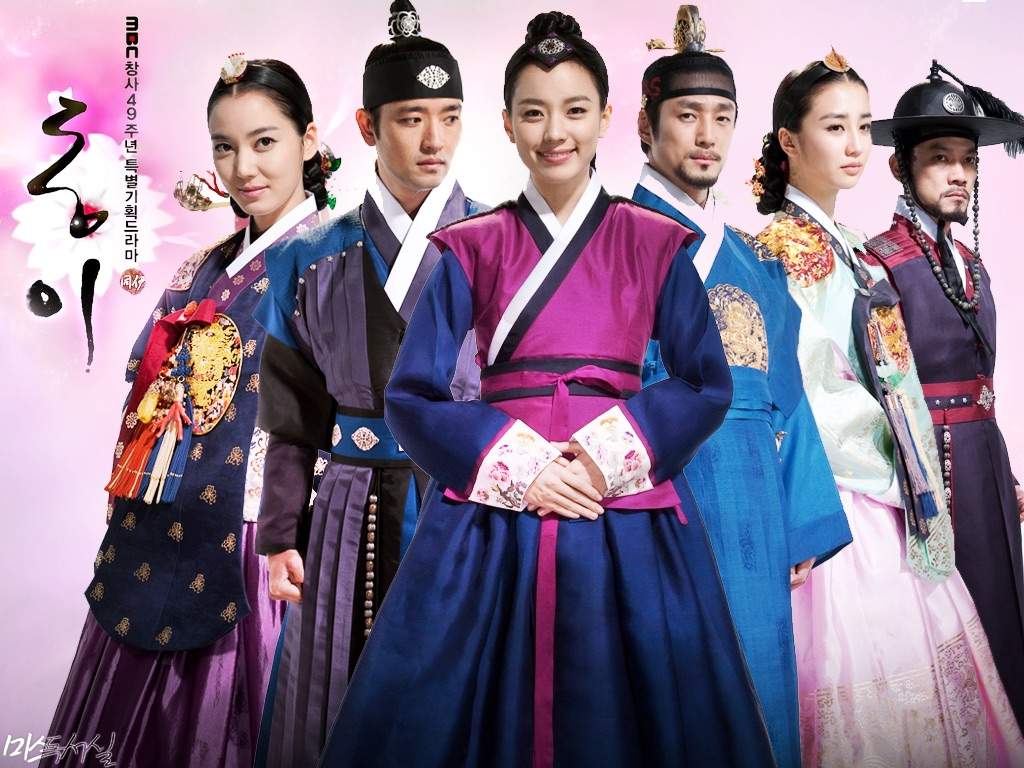 Based on a true story of a lowly peasant-girl-turned-mother-to-a-king, “Jewel in the Crown” is a historical drama that, at its heart, details the love story between our titular maiden (Han Hyo Joo) and the benevolent King Sukjong (Ji Jin Hee, as spectacular here as ever). Amongst all the sweet courtship, we are also treated to the usual things you would come to expect from a sageuk — political intrigue and power struggles — but the execution of it all feels fresh and manages to constantly keep us engaged. And above it all is the kind-hearted, intelligent Dong Yi, who makes her way through the palace with her integrity intact and still manages to come up on top. What an inspiration!

Watch the first episode of “Jewel in the Crown”: 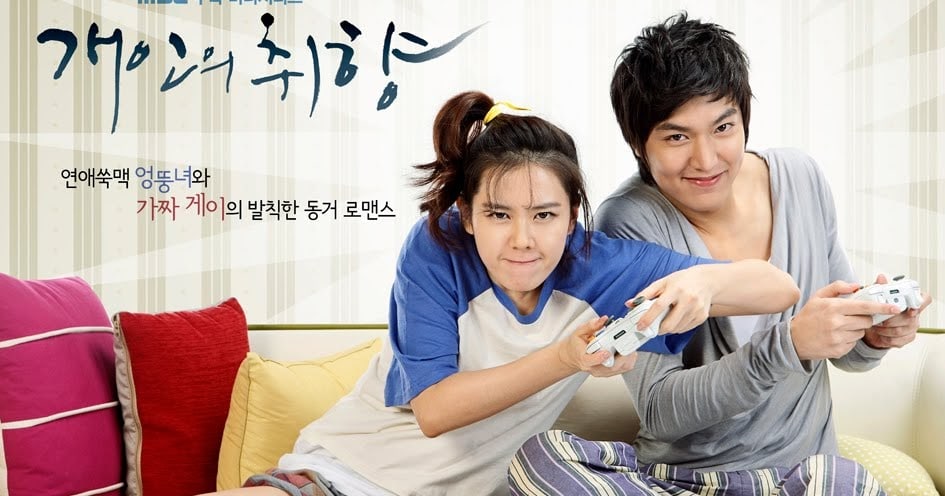 Ah, “Personal Taste,” you were definitely a memorable drama from 2010, but sadly, it was more about your missed potential then for being a stellar must-watch. There were so many pros going for it — Lee Min Ho, Son Ye Jin, a fun premise with guaranteed shenanigans — but the writing (and directing) just never quite delivered. By the end, the drama was mostly kept afloat by the fun chemistry between the two leads and the other wacky supporting characters, whereas everything else was up to personal taste (cough); and for many, it was more “le sigh” than “yay.” 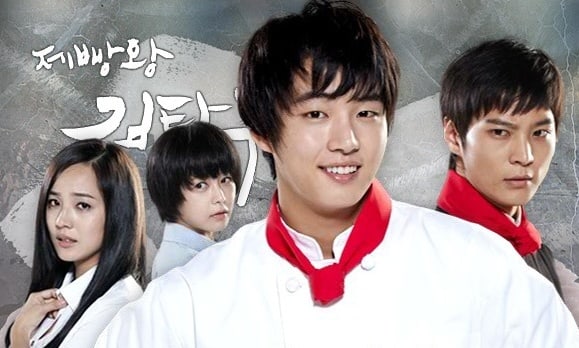 “Baker King, Kim Tak Goo” was a huuge drama during its run, with its ratings consistently growing week by week, eventually concluding at a staggering 50 percent for its final episode. (This was the first drama in three years to achieve this milestone since “Jumong“). Although the story seemingly seems tame enough (man striving to the best baker in the country), it’s actually a full-on makjang, with an unending parade of drama, secrets, and un-deaths to keep viewers glued to their screen, ready to devour the next addicting twist.

My Girlfriend is a Gumiho 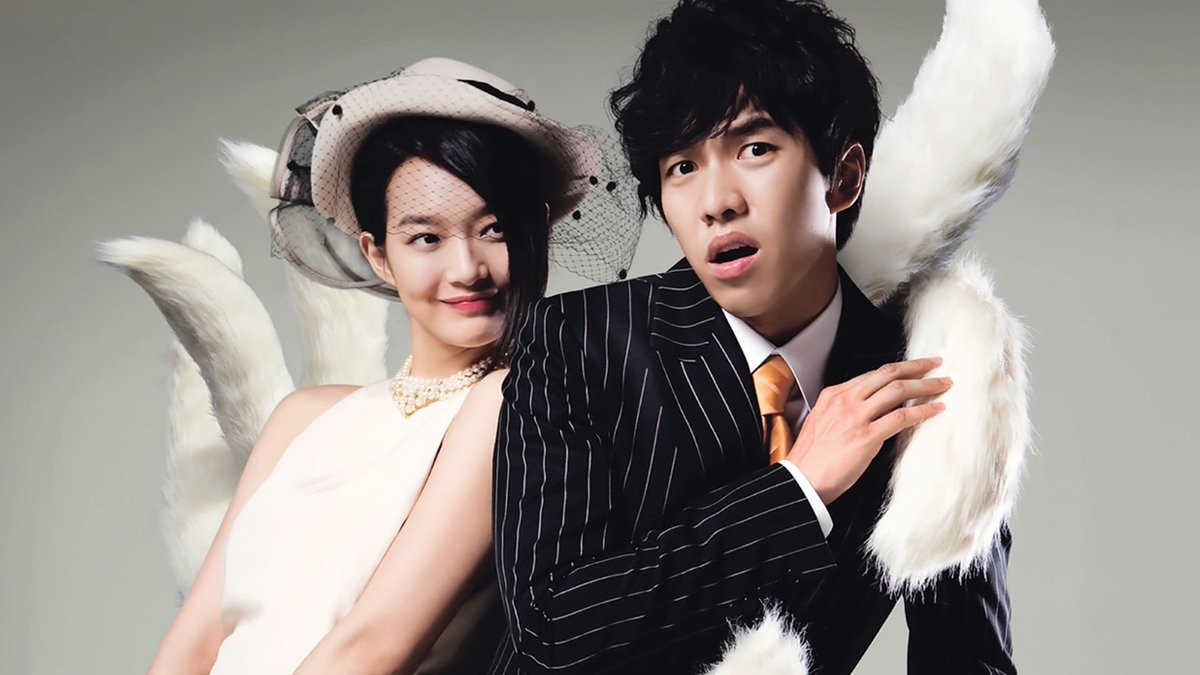 Cha Dae Woong (Lee Seung Gi), an aspiring action star, accidentally releases a mythical nine-tailed fox who he then names Mi Ho (Shin Min Ah). The two of them decide to help each other out — Dae Woong with helping Mi Ho become a human and Mi Ho lending him her mystical and powerful fox bead — and in the process, they slowly fall for each other, hard. Unfortunately, little do they know, this is one union not blessed by the cosmic forces and tragedy awaits them.

This witty, heartstring-tugging drama is steeped in fantasy and folklore symbolism, but the human aspects of love and sacrifice ground the storyline, making the drama as heartfelt as it is relatable. Plus, Lee Seung Gi and Shin Min Ah are super adorable together (“Woong-ah!”), it’s physically impossible to not grin when you see the two of them on screen together.

Watch the first episode of “My Girlfriend is a Gumiho”: 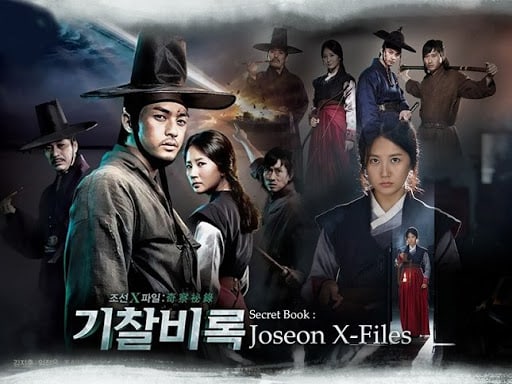 “Secret Investigation Record” is also known as “Joseon X-Files,” and as you can tell from the title, it is one that wades into the sci-fi pool (yes, we’re talking about aliens and UFOs here). This is one of the more underrated dramas from 2010 but has garnered a strong cult following due to the overall high-quality production. Everything is top-notch, from the suspense-filled storyline to the stylish camerawork and tight editing, to the CGI that still looks good even today; this is one drama that isn’t afraid to challenge itself or its viewers, providing them with thrilling content at every turn without ever compromising its own intellectual, artistic vision. 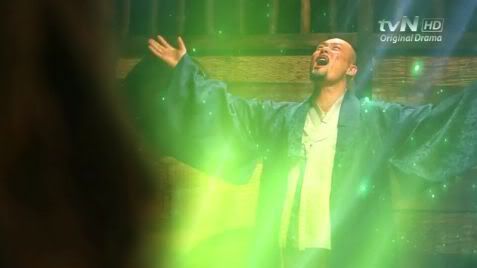 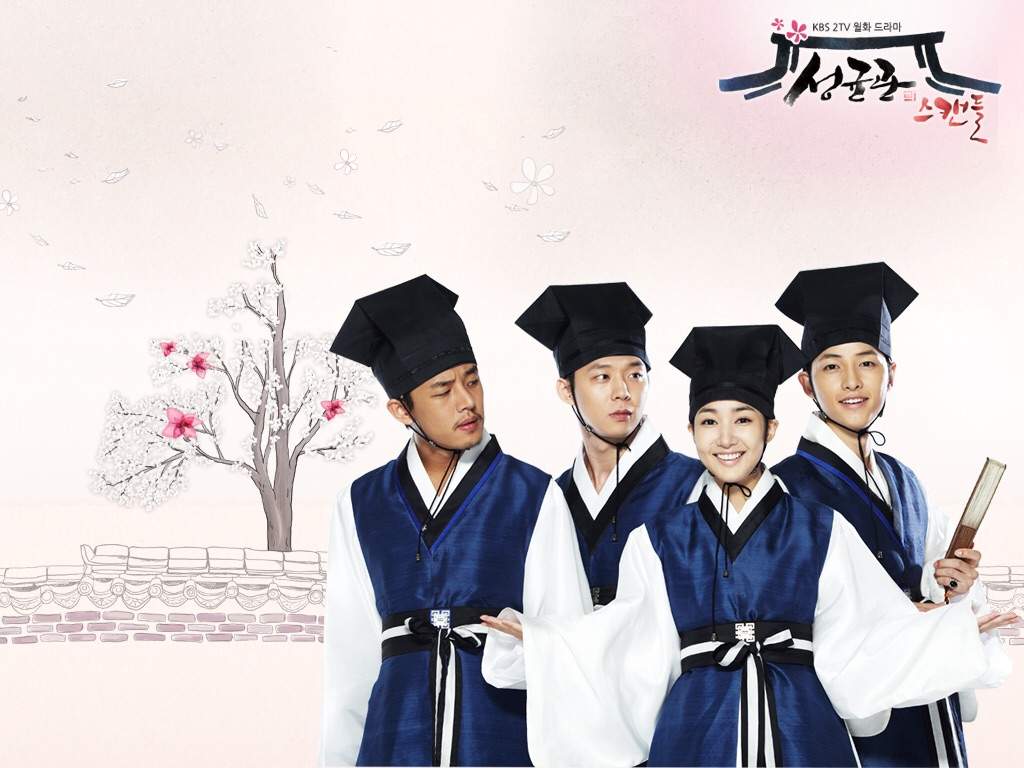 “Sungkyunkwan Scandal” is another of 2010’s major hits, and one that significantly bolstered the careers of the leads who were all in their early twenties at the time. The story is set in the Joseon dynasty where females were not allowed to receive an education. However, in order to help her family and her ailing brother, Kim Yoon Hee (Park Min Young) disguises herself as her brother and discreetly enrolls in Sungkyunkwan, a prestigious educational institute. This drama is beloved not only because of its meaty storylines filled with romance, brotherly camaraderie, political intrigue, and even social commentary, but also because of the stellar performances by the young actors. (Yoo Ah In, anyone?) 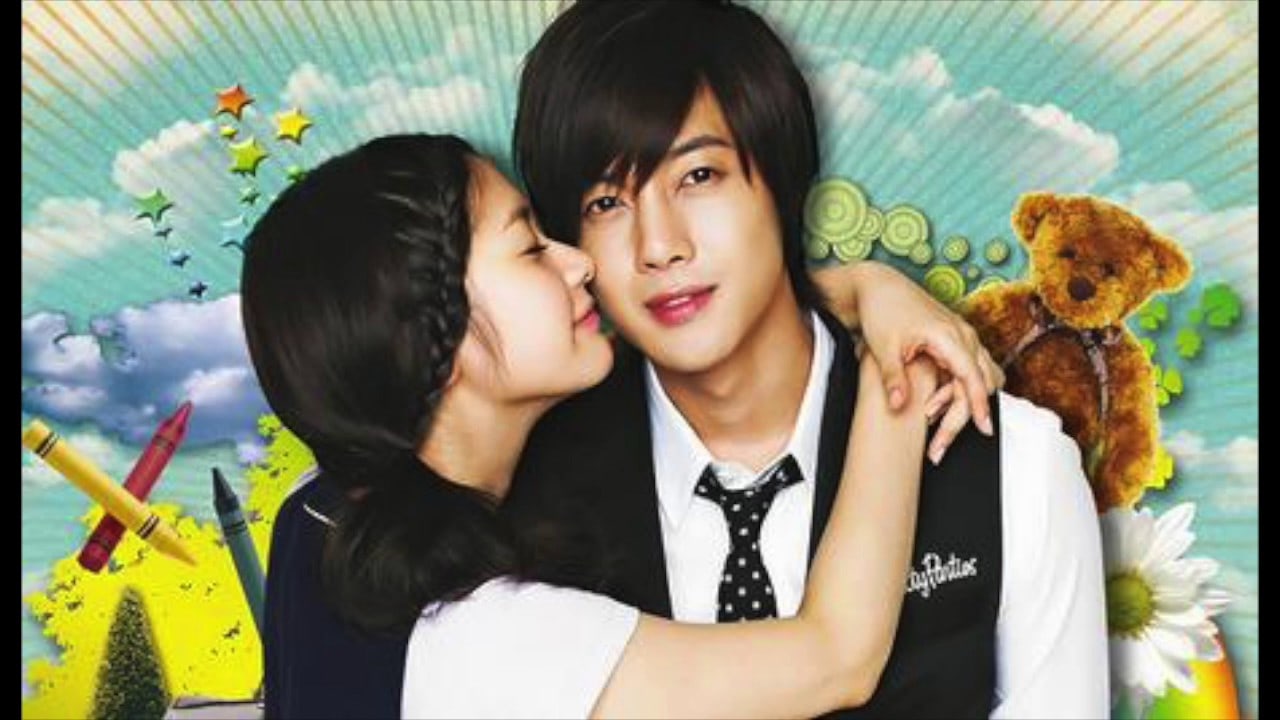 “Playful Kiss” is the Korean remake of the Taiwanese mega-hit “It Started With A Kiss.” This drama is chock-full of sweet fluff, with plenty of heart-fluttering-slash-angsty moments thanks to the very stoic and seemingly unfeeling Baek Seung Jo (Kim Hyun Joong), and Oh Ha Ni (Jung So Min), the school mate who has a massive crush on him. Throw in a reluctant cohabitation situation, and it’s not long before the one-sided crush becomes less one-sided. And before we start arguing about which version is better, or about how the characters hold up in this day and age, we can’t deny that “Playful Kiss” made a splash all around Asia in 2010! 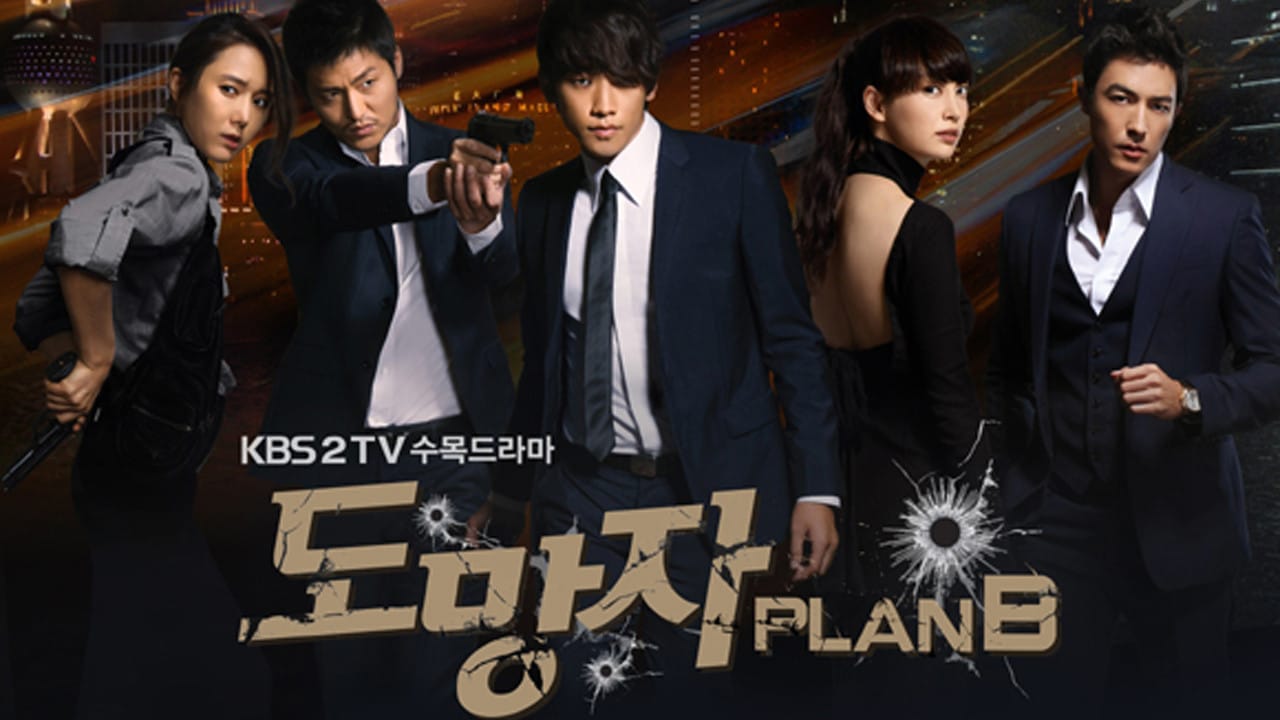 The same director and writer behind “Slave Hunters” came back in the same year with another slick thriller “Fugitive: Plan B,” but this time with zanier comedy thrown in the mix. In fact, this drama really is a fun mix of genres, and the lighter tone is perfect for those who prefer their action to come with a side of cheek. Once the drama enters the second half, it kicks into high gear by raising both the emotional and physical stakes, hooking viewers in even more.

The leads for this drama are definitely one of the highlights, with Rain — who, at the time, had returned to the silver screen after five years — being particularly commendable. He imbues his private eye character with such goofy charm that really showcases his comedic chops, then deftly switches to pour out some dramatic intensity, proving just how much range he has as an actor.

Watch the first episode of “Fugitive: Plan B”: 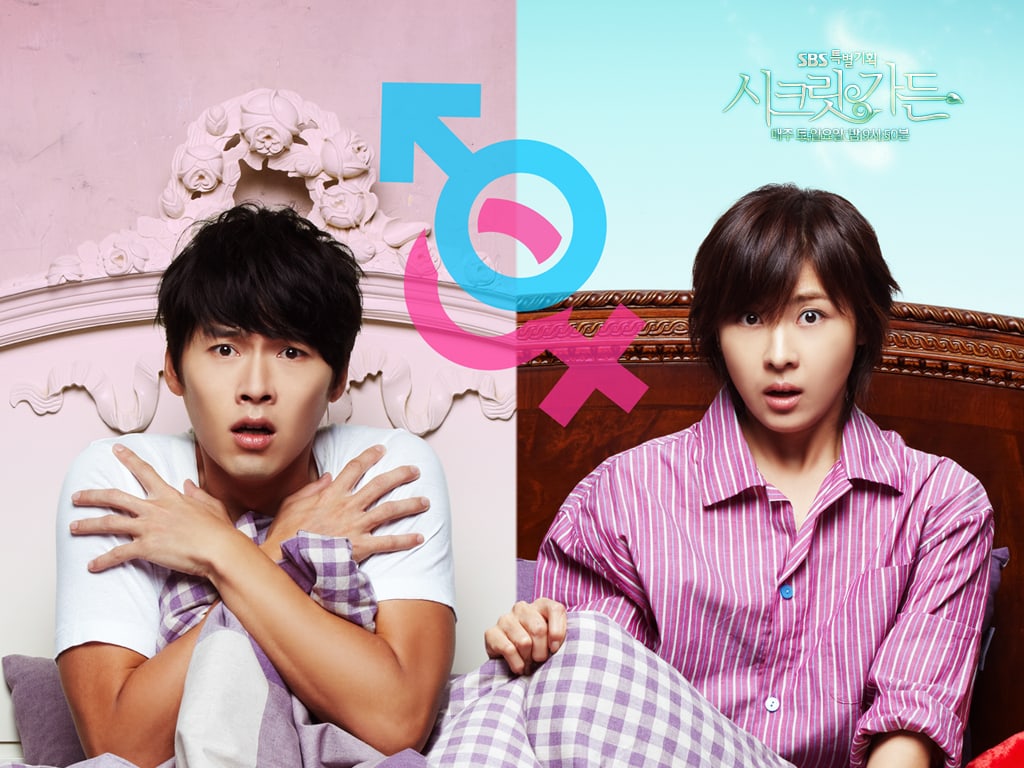 We couldn’t possibly end our 2010 listicle without mentioning “Secret Garden,” the sparkling hit that helped us transition into 2011 with a bang. There are so many scenes in this drama that have been imprinted in our brains to this day: the sequined tracksuit, the sit-up scene, the foam kiss, etc. Much more than just the initial premise of a supernatural body-swap, this drama is equal parts whimsical and humorous. That, plus an EXTRA helping of insane chemistry between the two leads, makes our love for “Secret Garden” not so secret.

Which of these dramas do you think best stood the test of time? And which of your 2010 favorites were left off the list? Leave your comments below!