During the first episode of the three-day special broadcast, idols went head-to-head in events including track and field, ssireum (Korean wrestling), eSports, archery, and penalty shootouts. 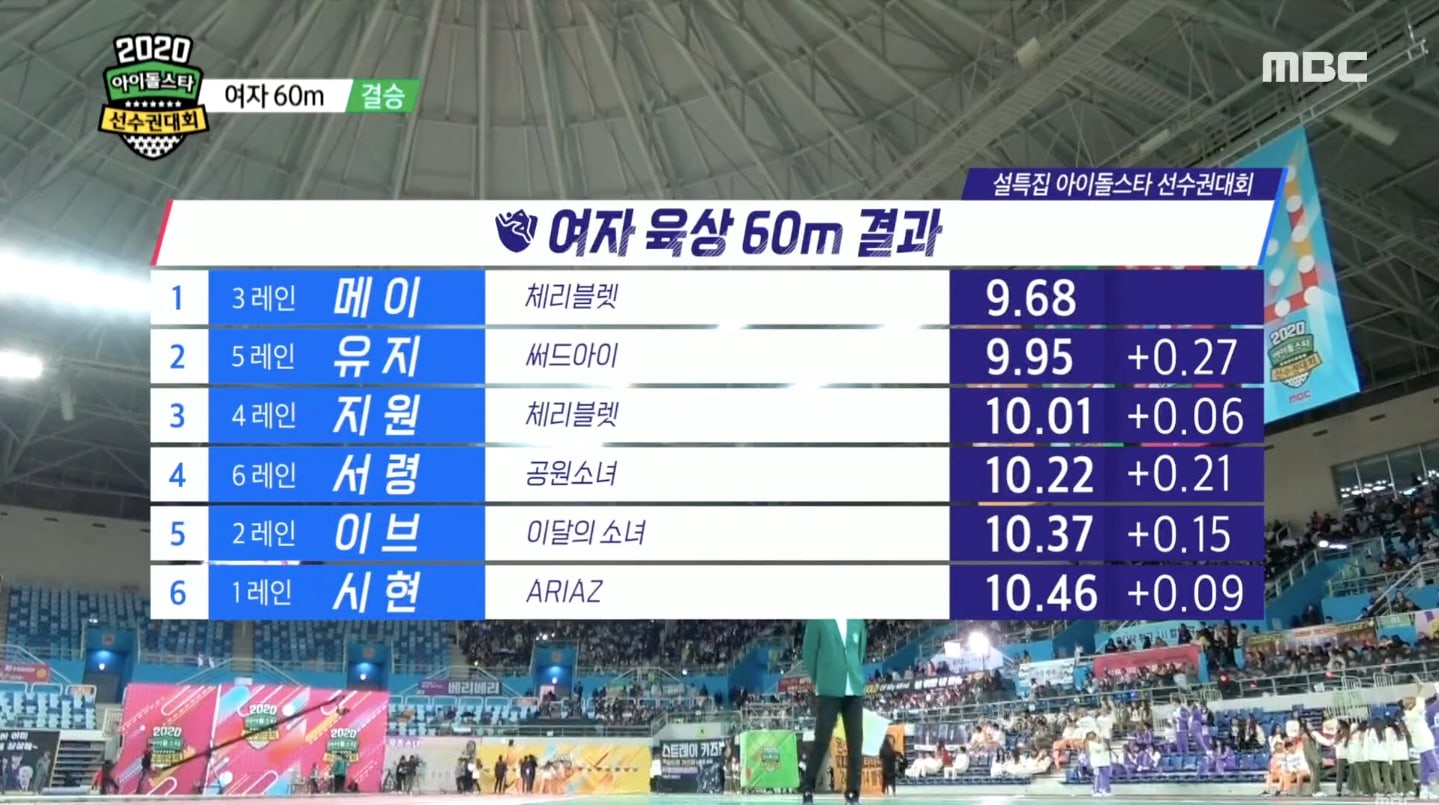 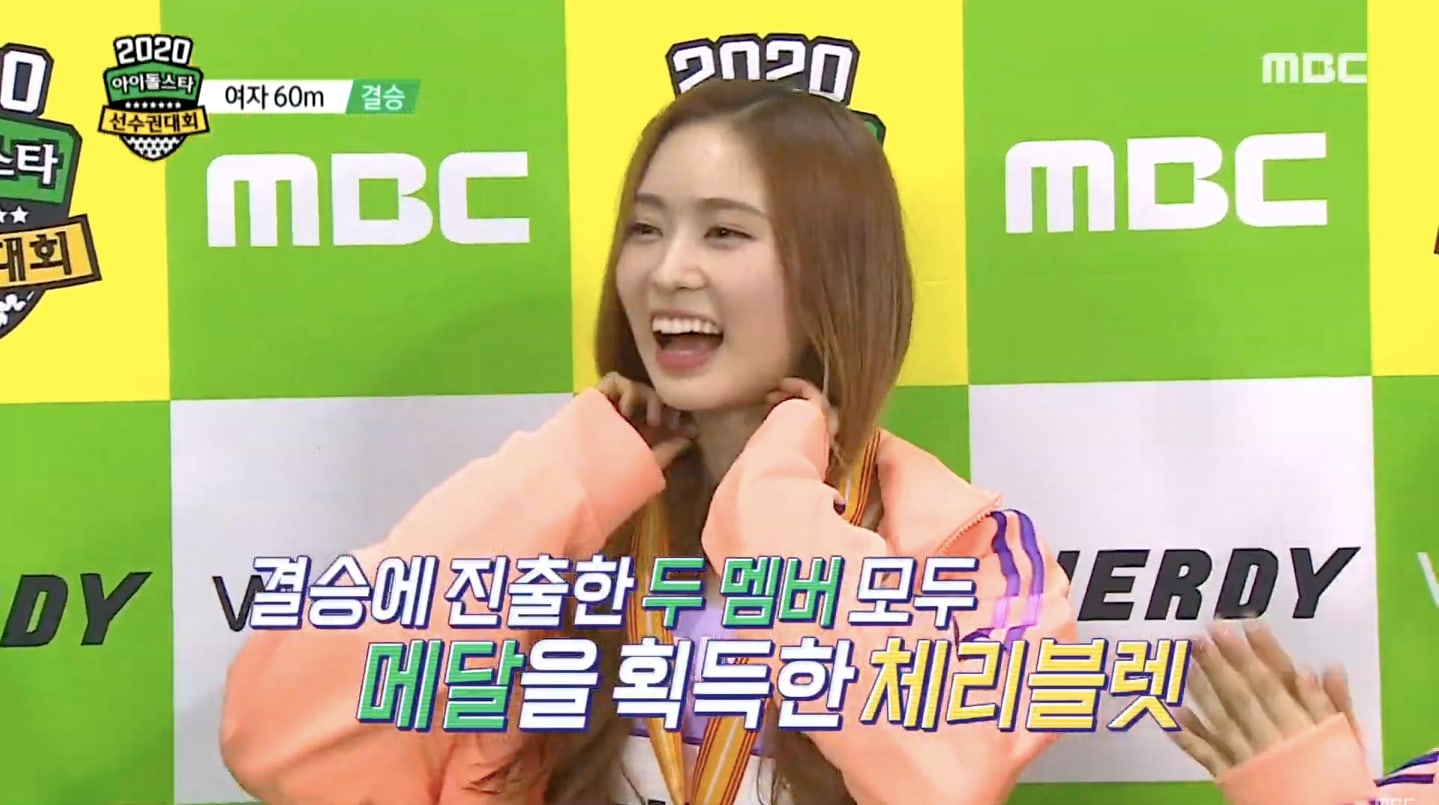 NOIR’s Yunsung snagged the gold medal for the male 60-meter sprint after clocking in at 7.91 seconds. GreatGuys’ Hwalchan, who won the gold medal at the previous Idol Star Athletics Championships, took home the silver this time around after coming in at a close second with a speed of 7.94 seconds. Finally, Stray Kids’ Bang Chan claimed the bronze with a speed of 8.13 seconds. 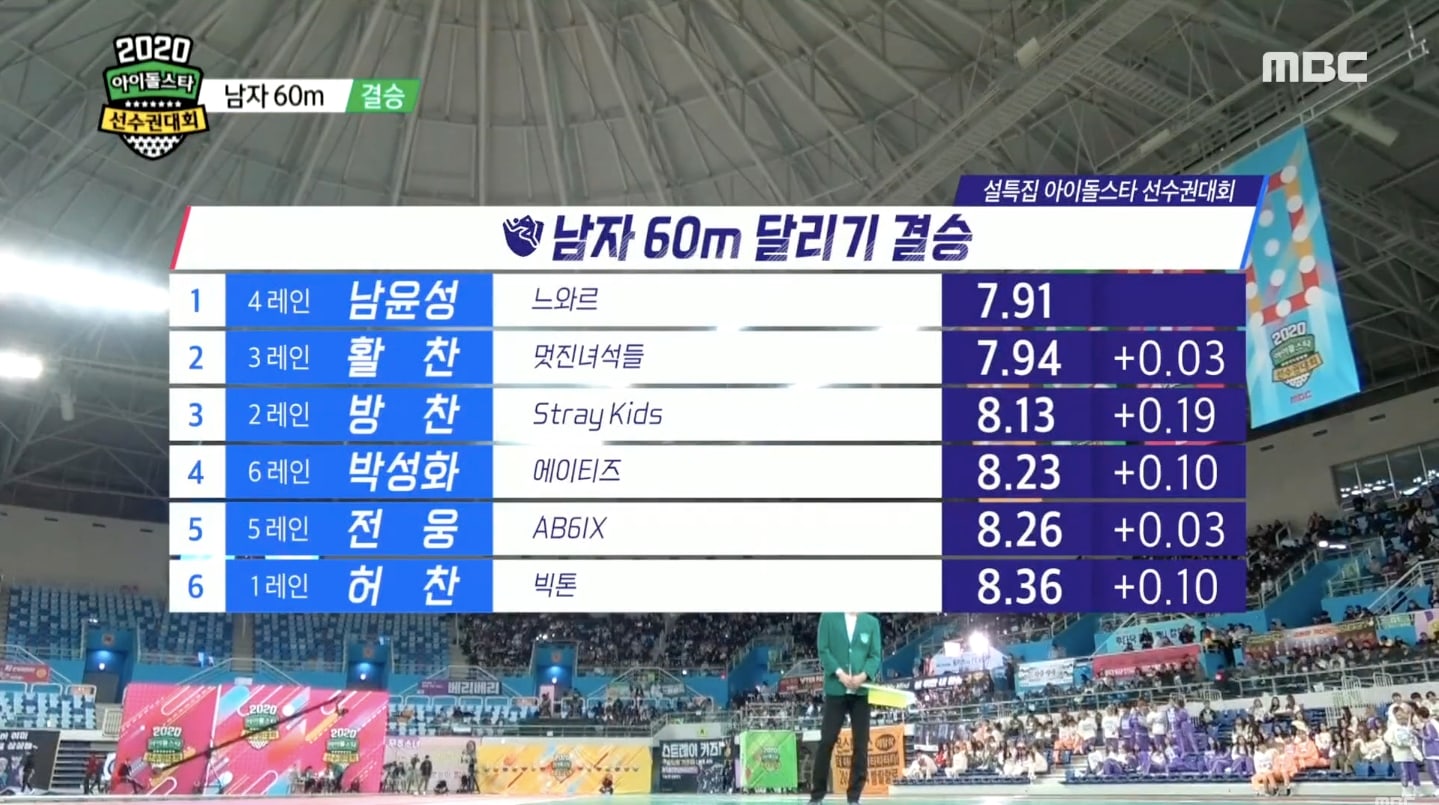 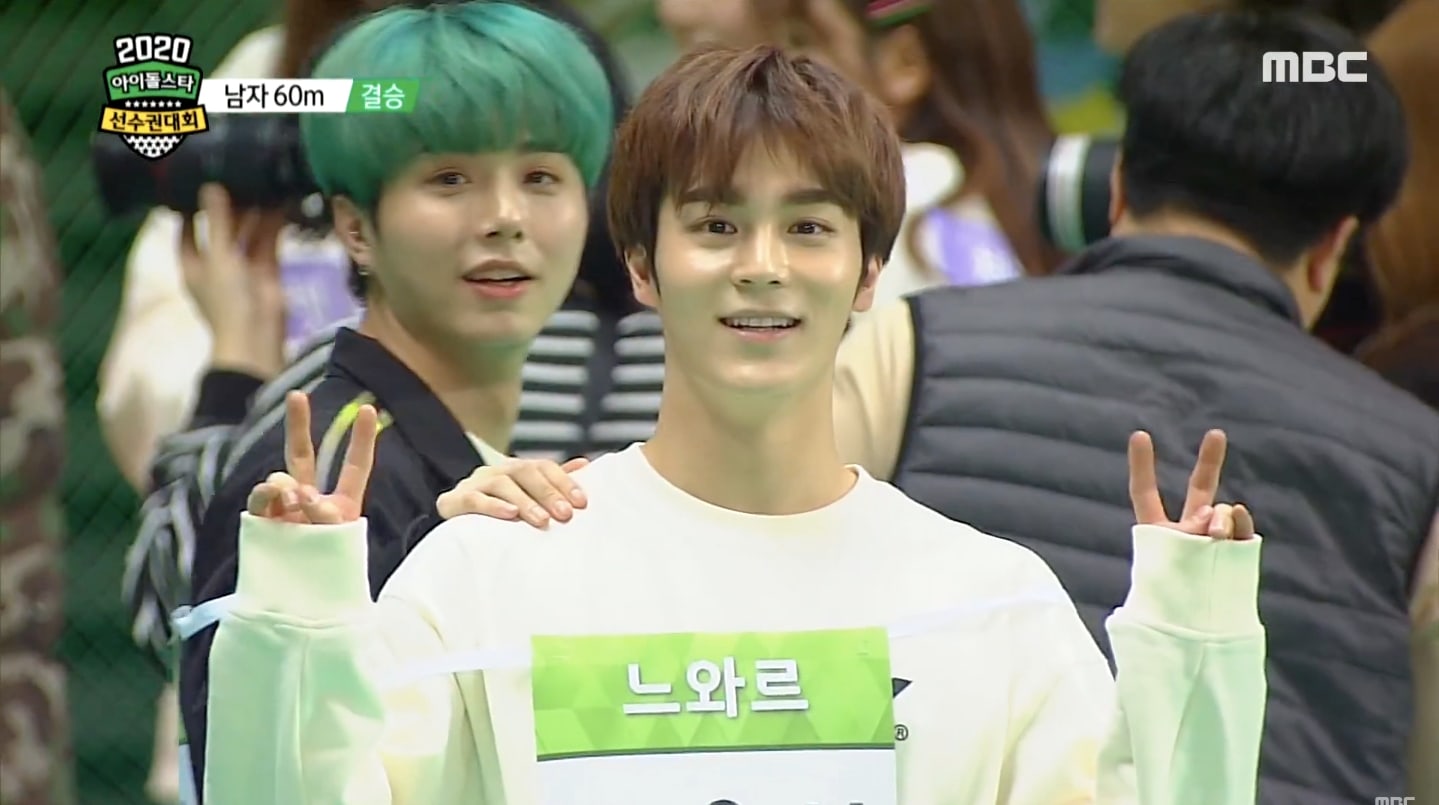 For this year’s ssireum tournament, ATEEZ and VICTON faced off in the semifinals while Golden Child advanced to the finals after their preliminary match against ONF. After defeating VICTON 2-0, ATEEZ went up against Golden Child in the final round.

ATEEZ’s Wooyoung won the first match of the finals, while Golden Child’s Daeyeol won the second. It all came down to the round’s third and final match: ATEEZ’s Yeosang versus Golden Child’s Jangjun.

Although it initially seemed as though Jangjun had the upper hand in the match, Yeosang managed to turn things around and take him down, and ATEEZ—for whom this was their very first “Idol Star Athletics Championships”—went home with their first gold medal. 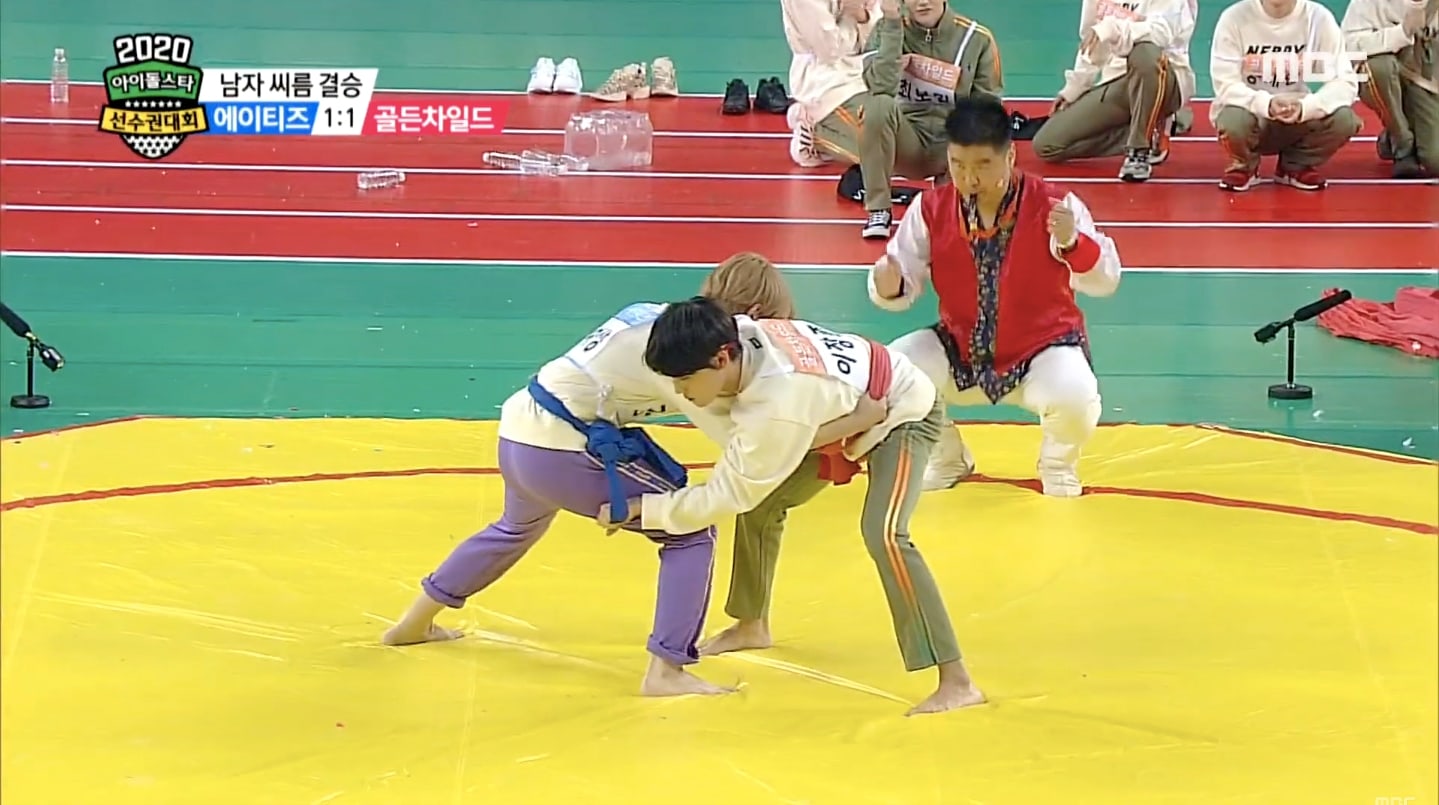 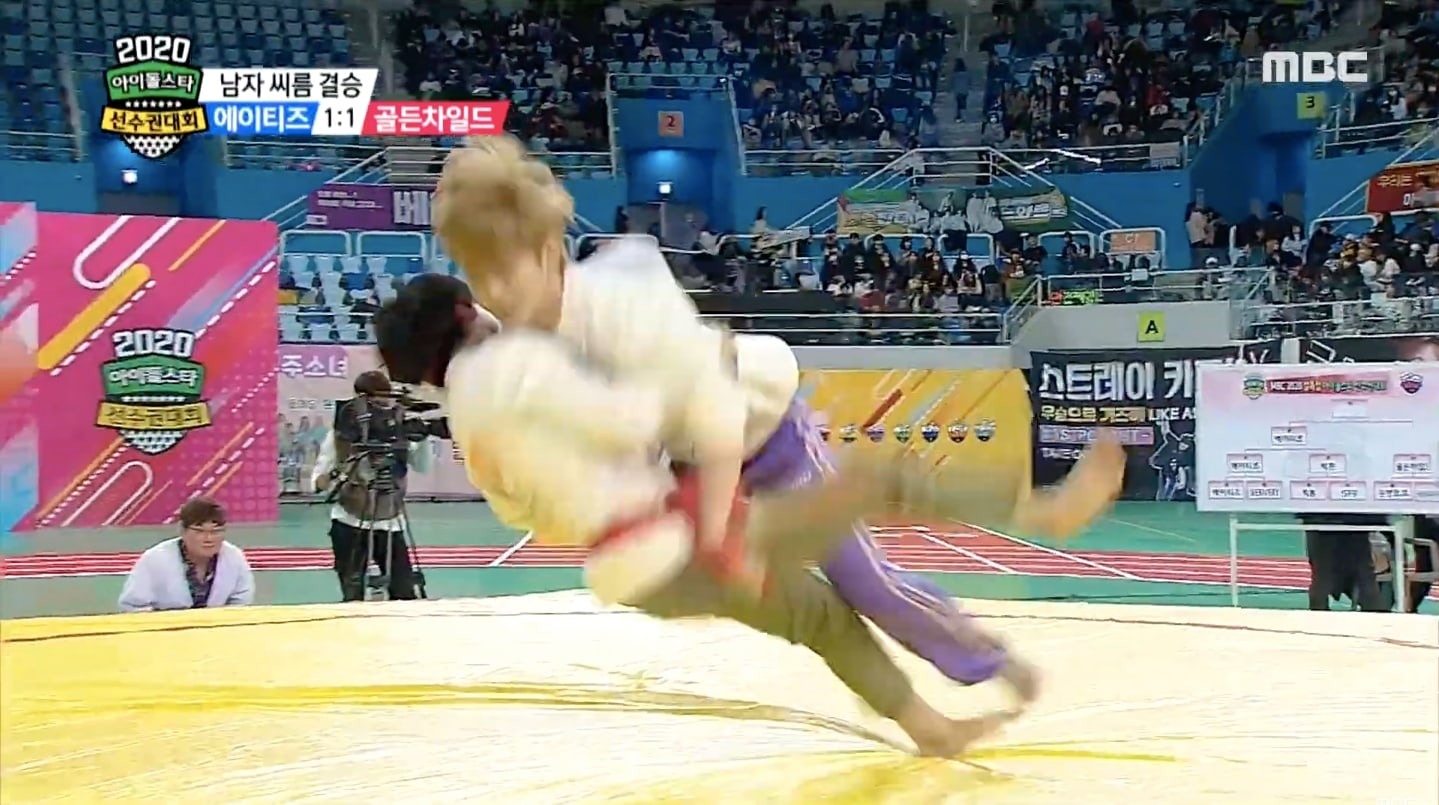 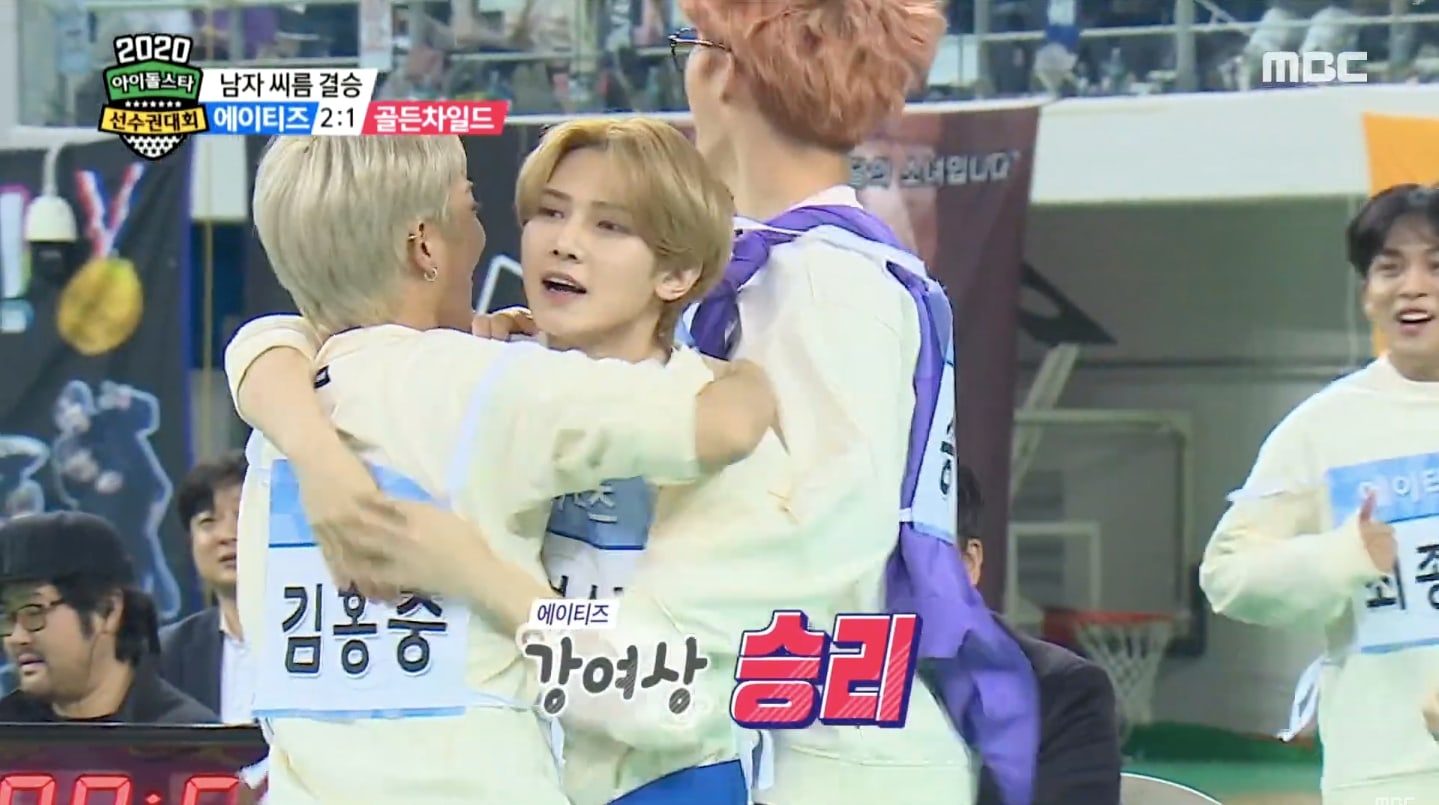 Before the start of the actual group battle, representatives from each of the teams faced off in a warm-up solo shooting game. Park Ji Hoon, who had reunited with his former Wanna One bandmates Lee Dae Hwi, Kim Jae Hwan, and Ha Sung Woon to form one team for the event, emerged the winner of the warmup solo game after recording an impressive seven kills. 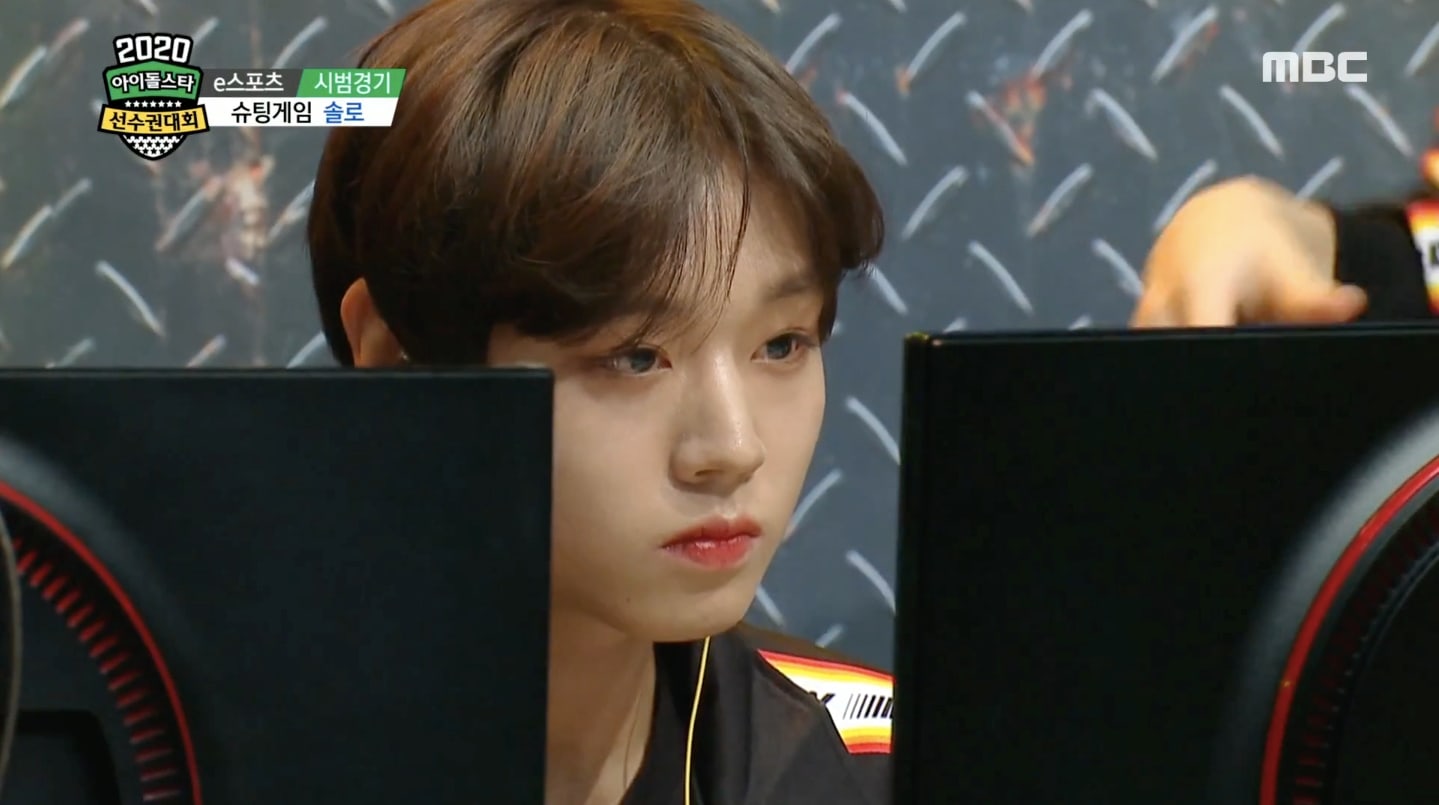 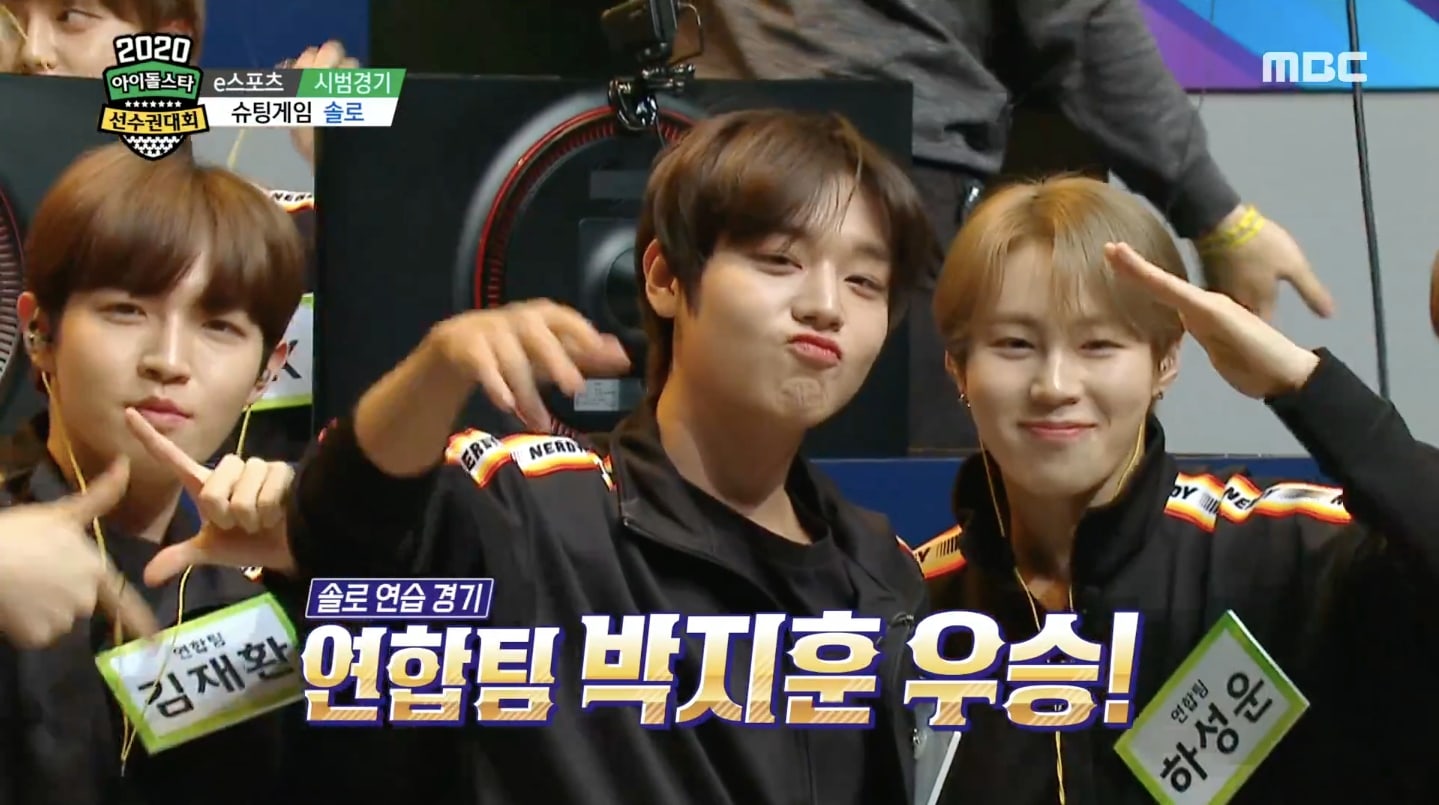 In the eSports soccer tournament, PENTAGON advanced to the finals after defeating a team composed of MBC announcers, while the “allied” team consisting of Wanna One members secured their own spot in the final match by beating The Boyz. The final round will air during a later broadcast. 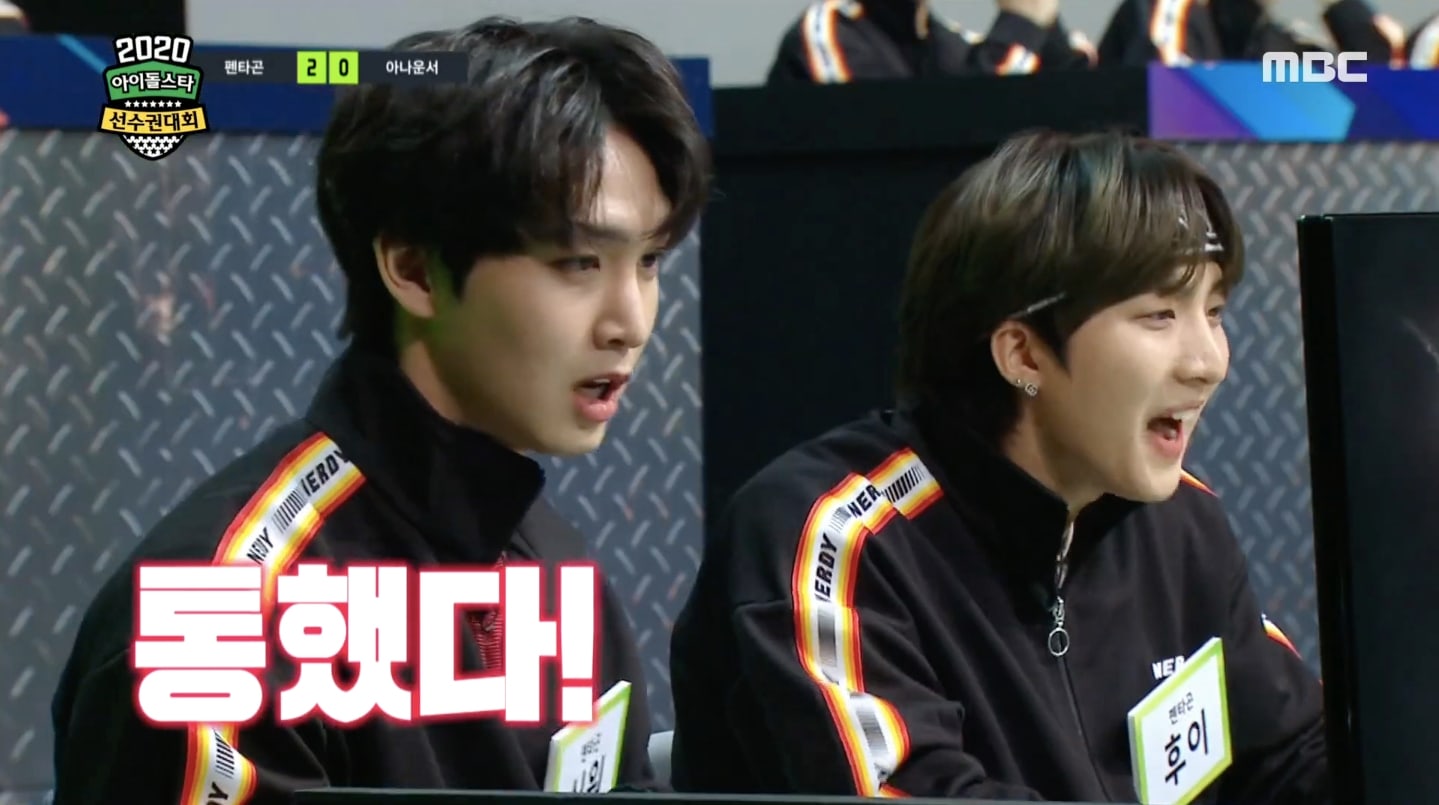 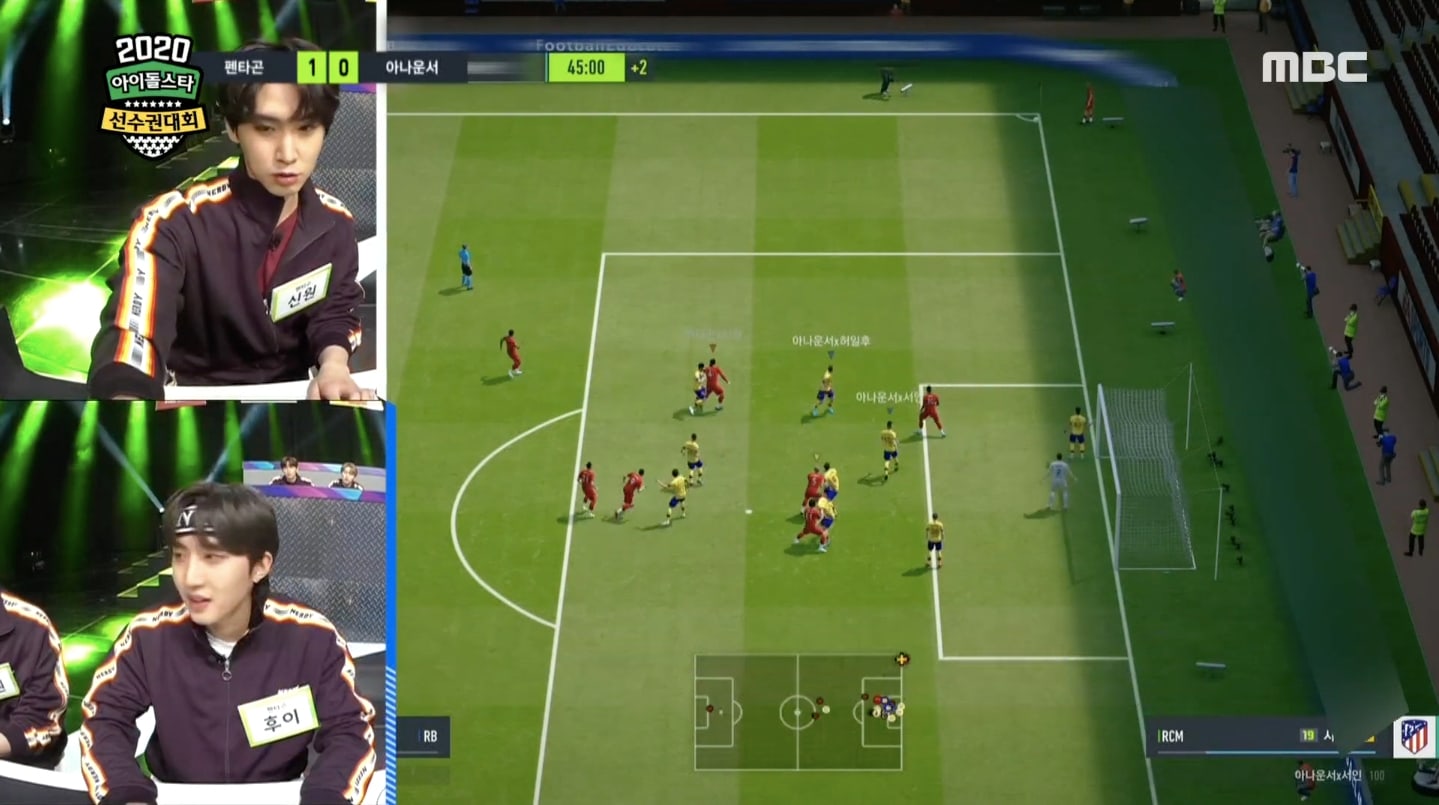 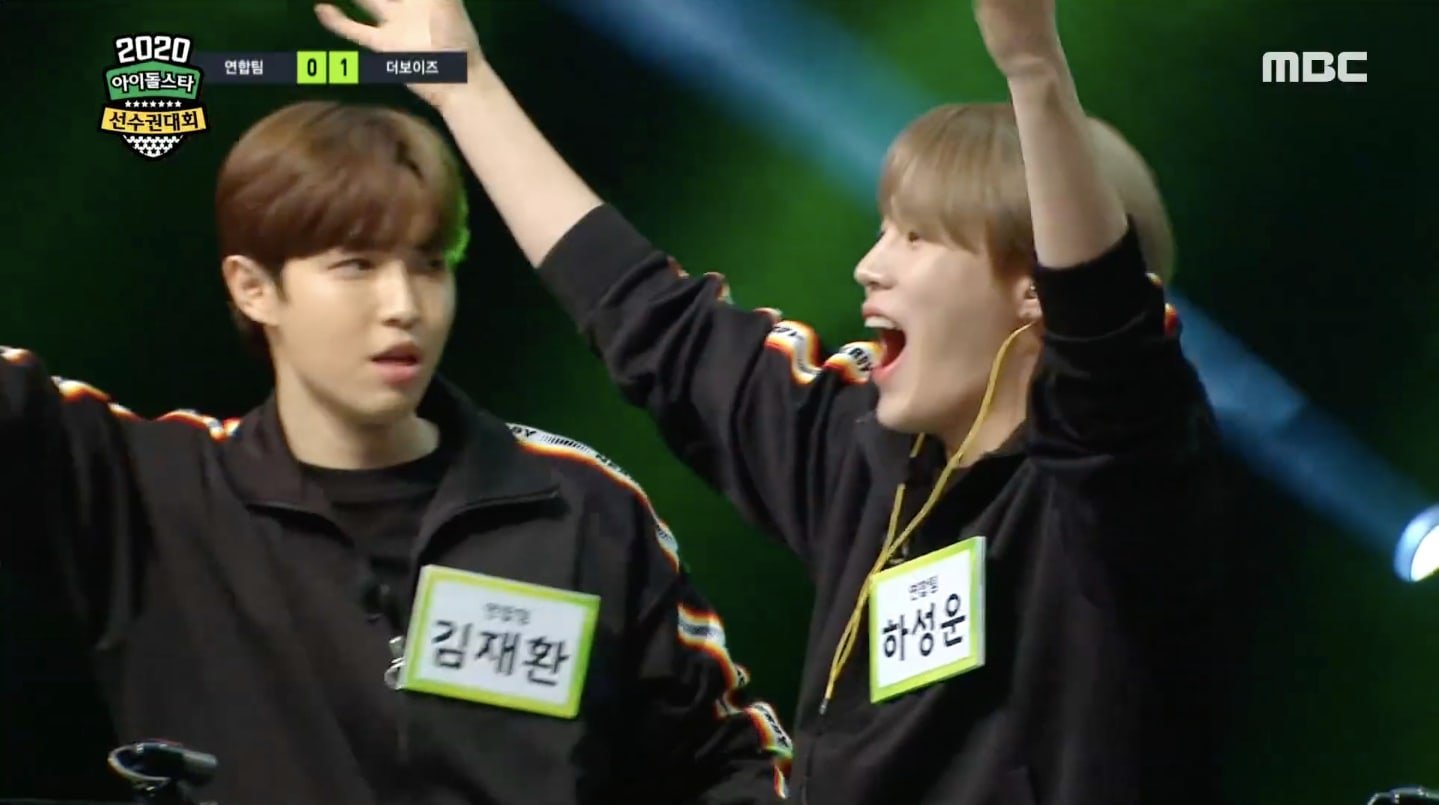 NCT Dream, Stray Kids, MONSTA X, and SF9 competed in this year’s male archery event, but only the first match between MONSTA X and SF9 aired during Day 1.

After scoring a total of 84 points to SF9’s 66, MONSTA X’s Minhyuk, Hyungwon, and I.M advanced to the finals, which will air during a later broadcast. 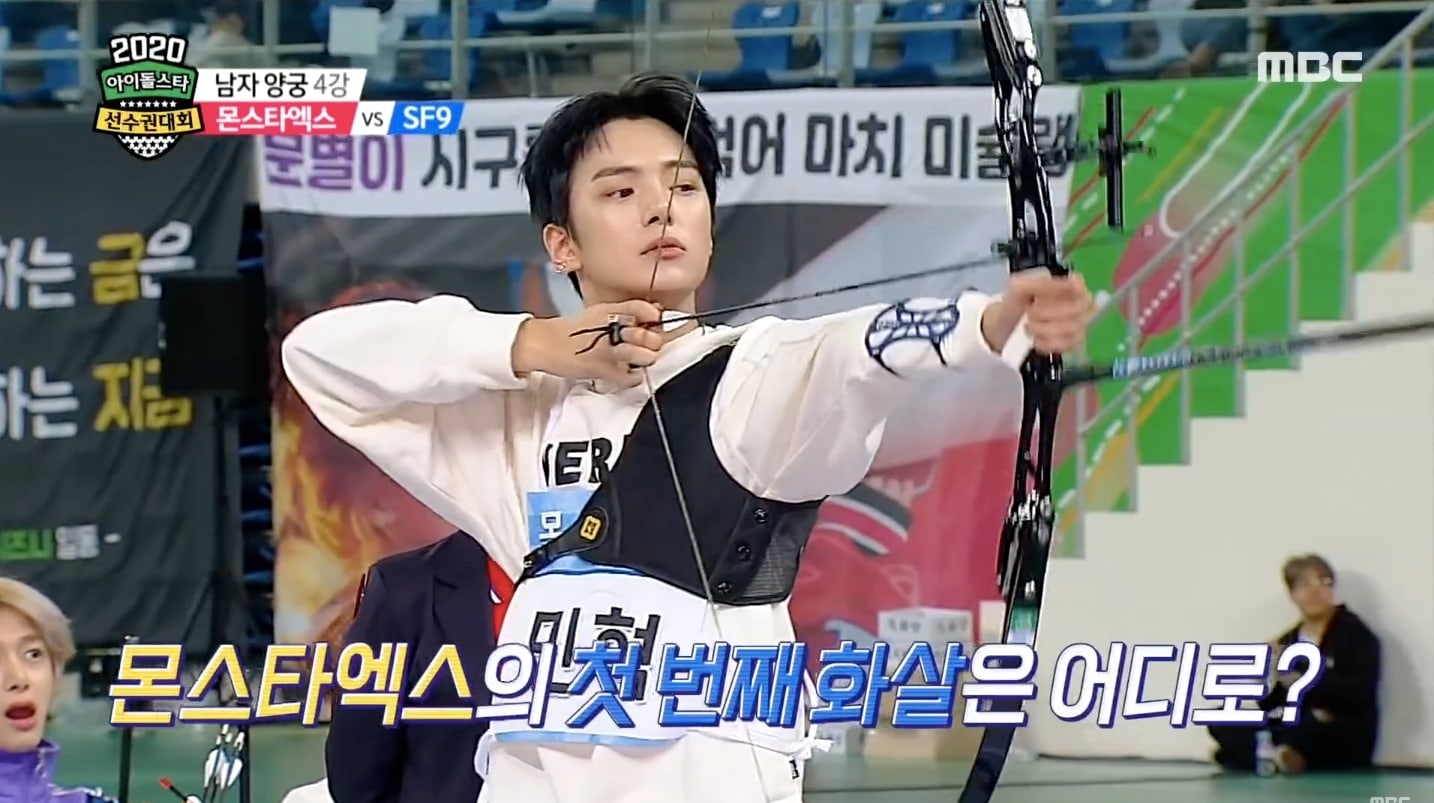 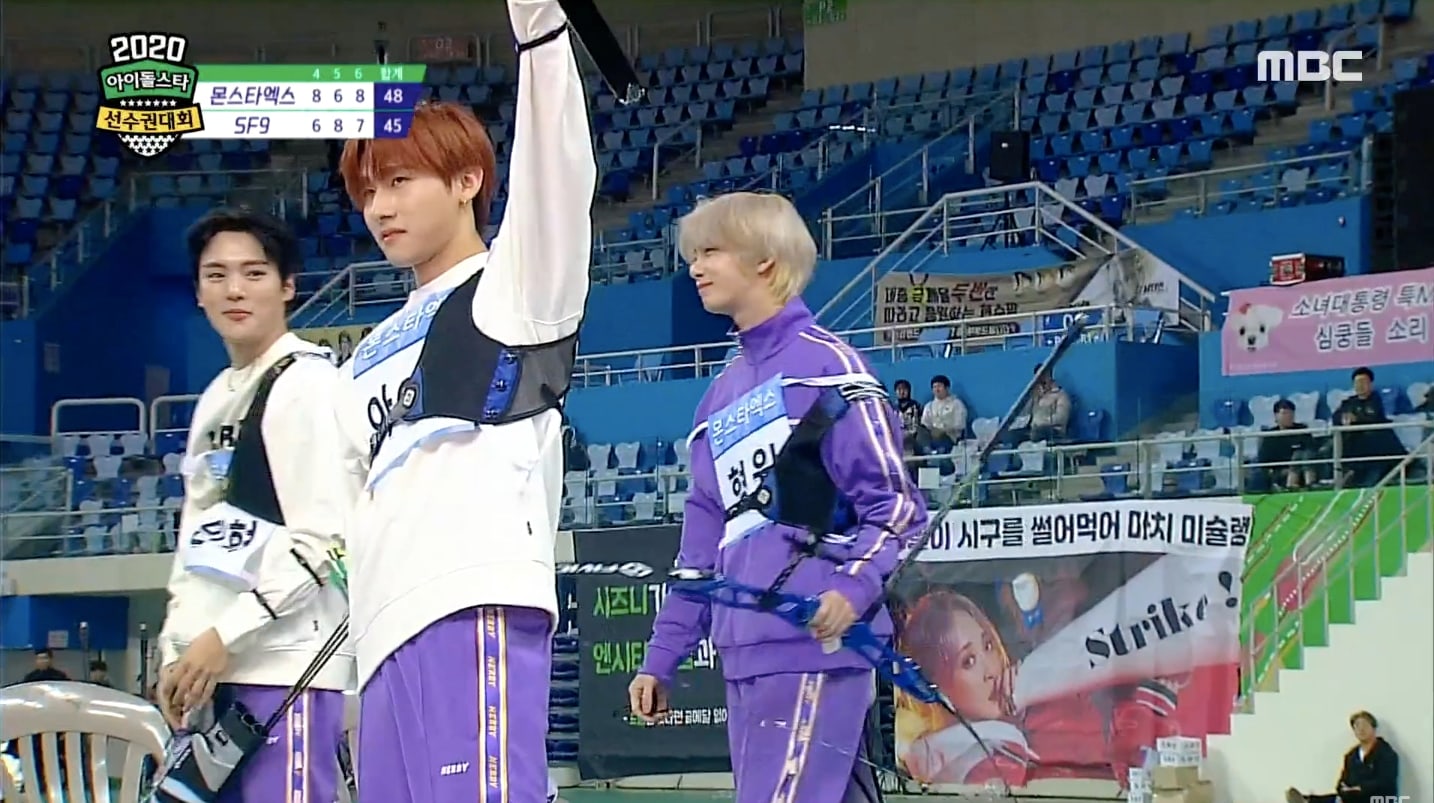 Stray Kids advanced to the semifinals after defeating SEVENTEEN in their quarterfinal match, while SF9 earned their own spot in the semifinal round by beating FNC Entertainment labelmate N.Flying. 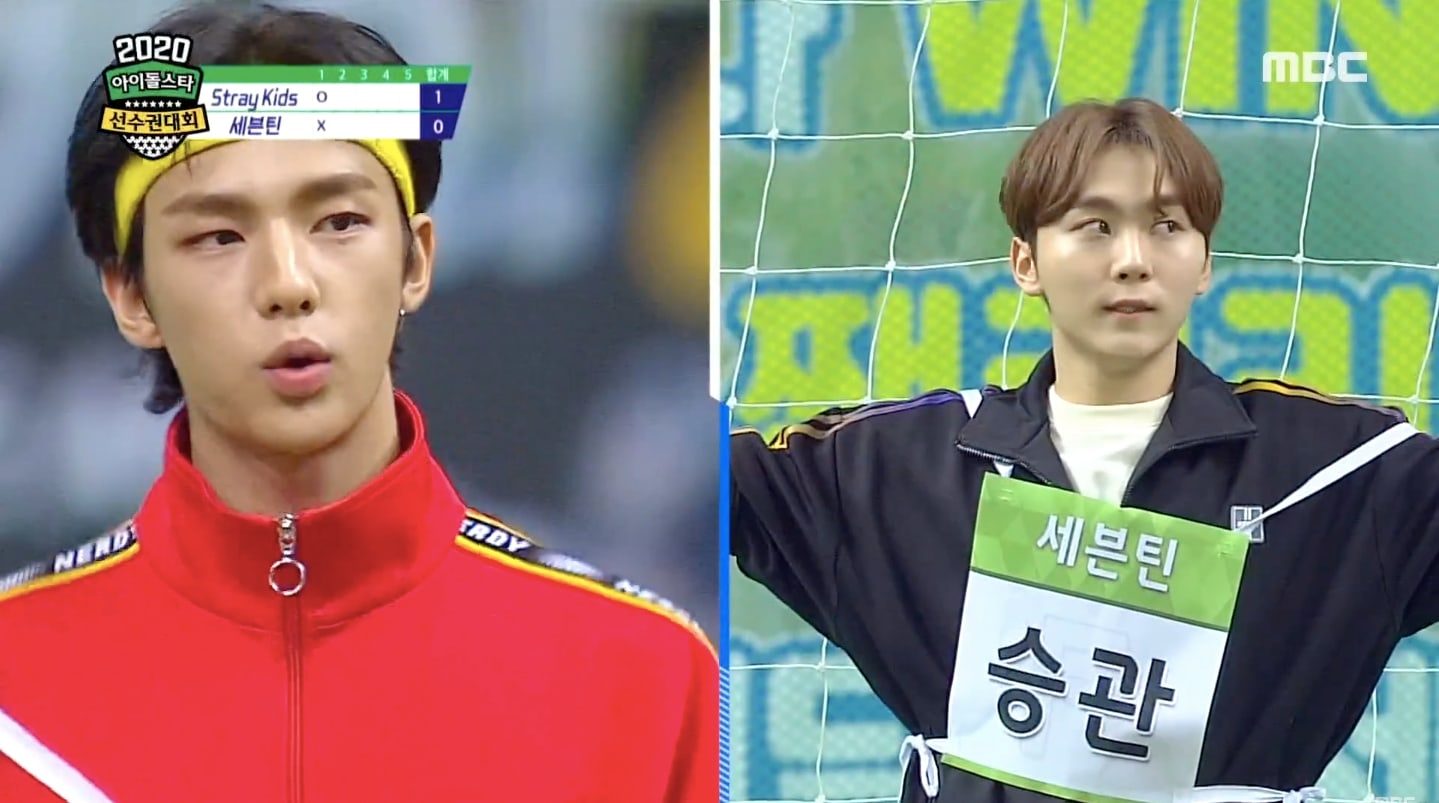 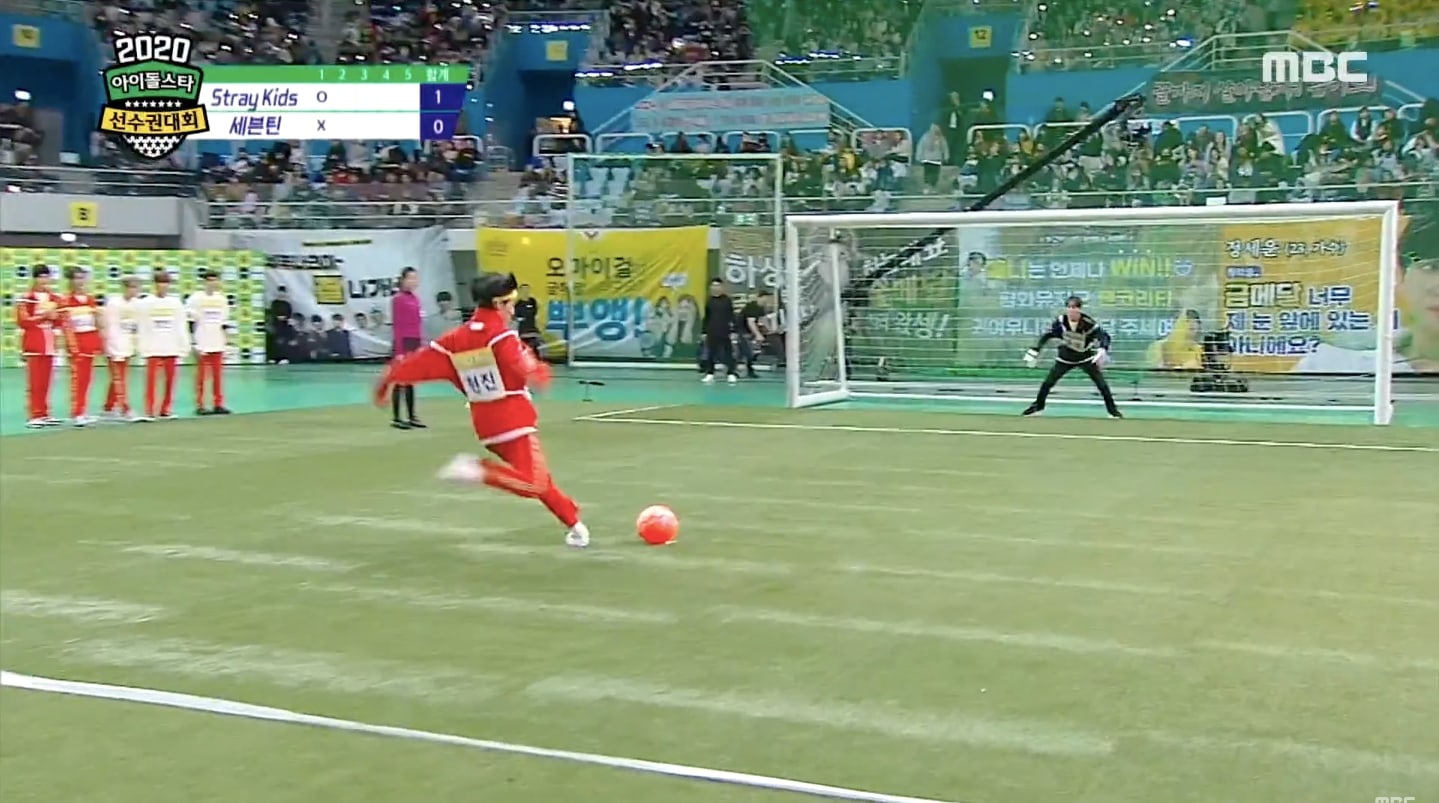 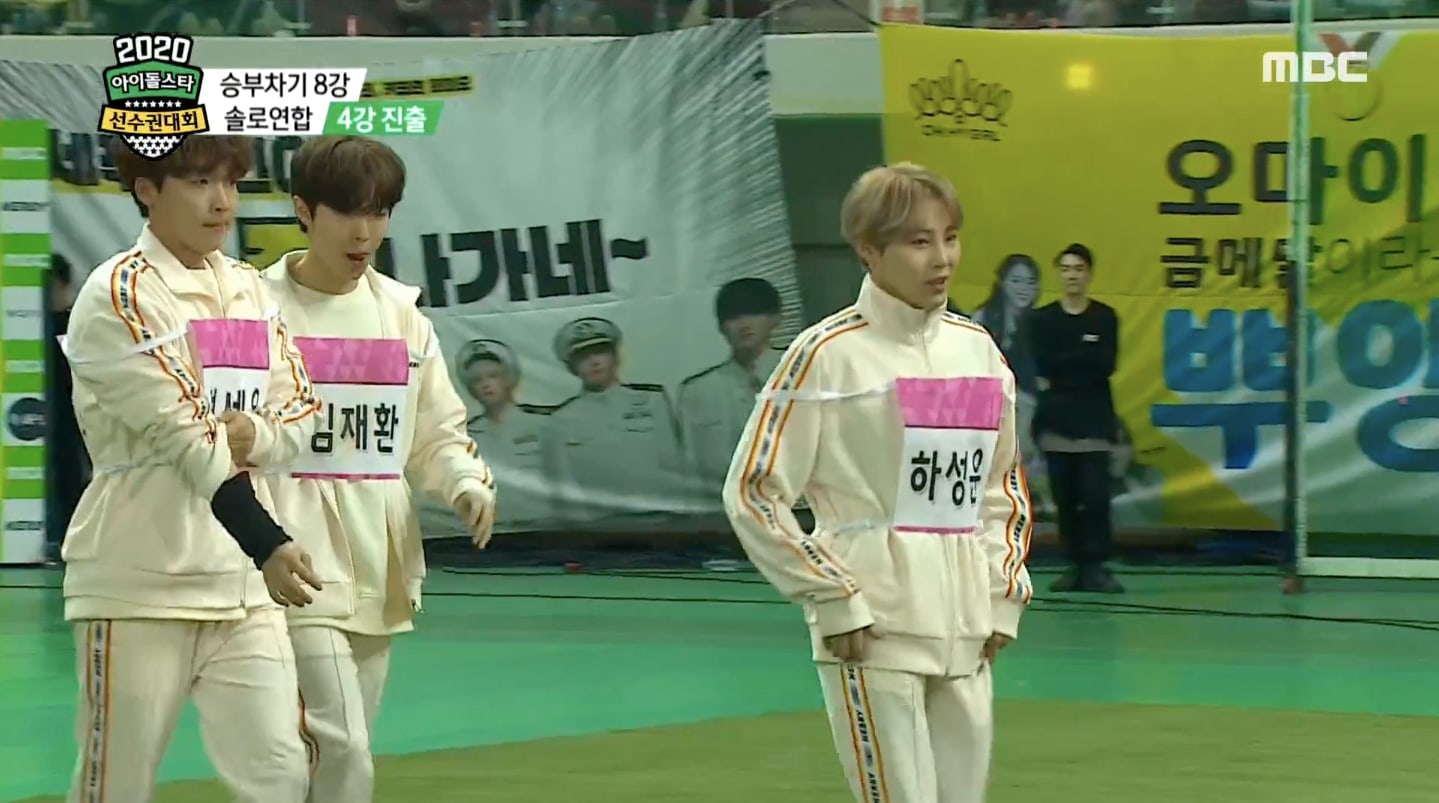 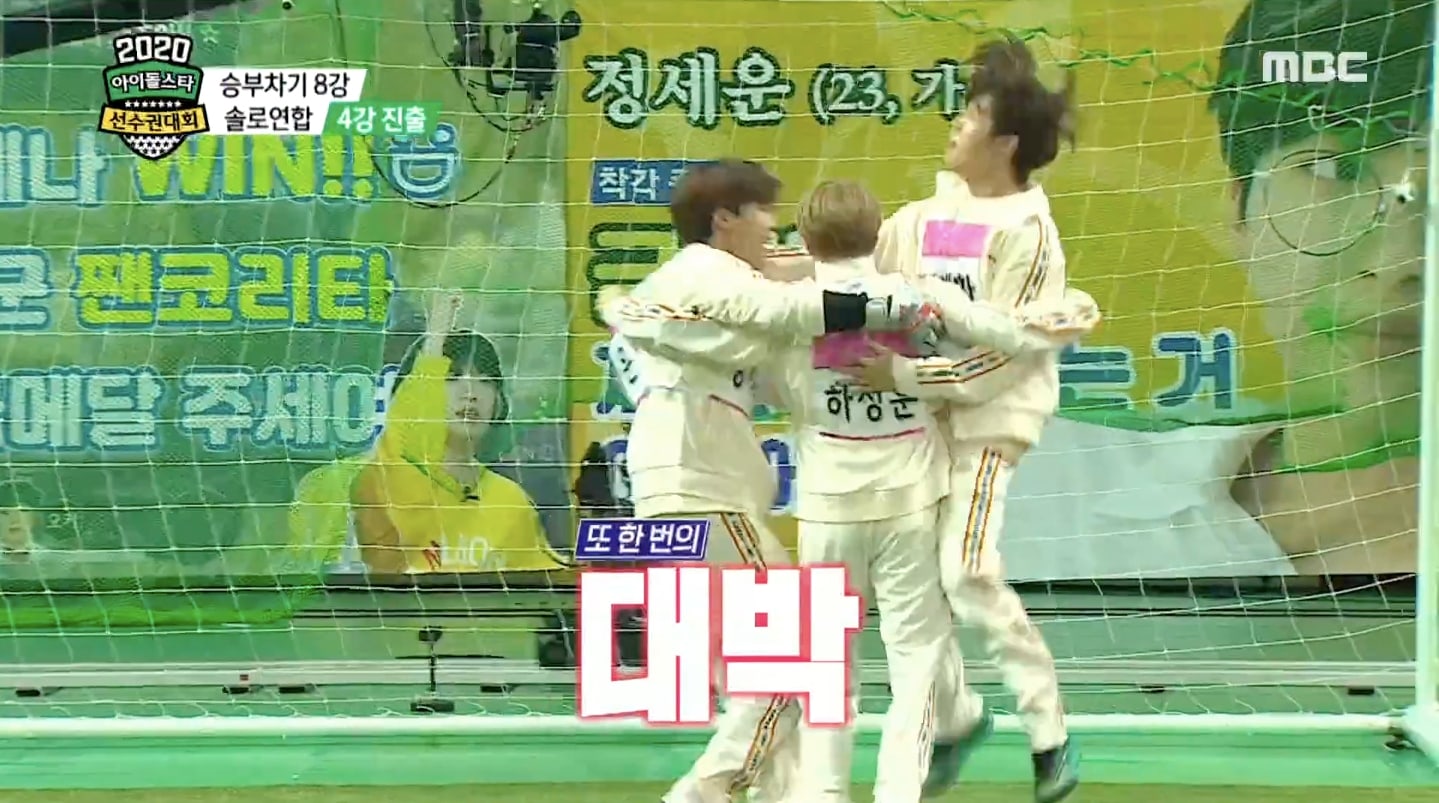 WJSN, NATURE, Cherry Bullet, and MOMOLAND earned spots in the finals for the female 400-meter relay, which will air during a later broadcast. VERIVERY, ATEEZ, Golden Child, and DONGKIZ advanced to the finals for the male athletes. 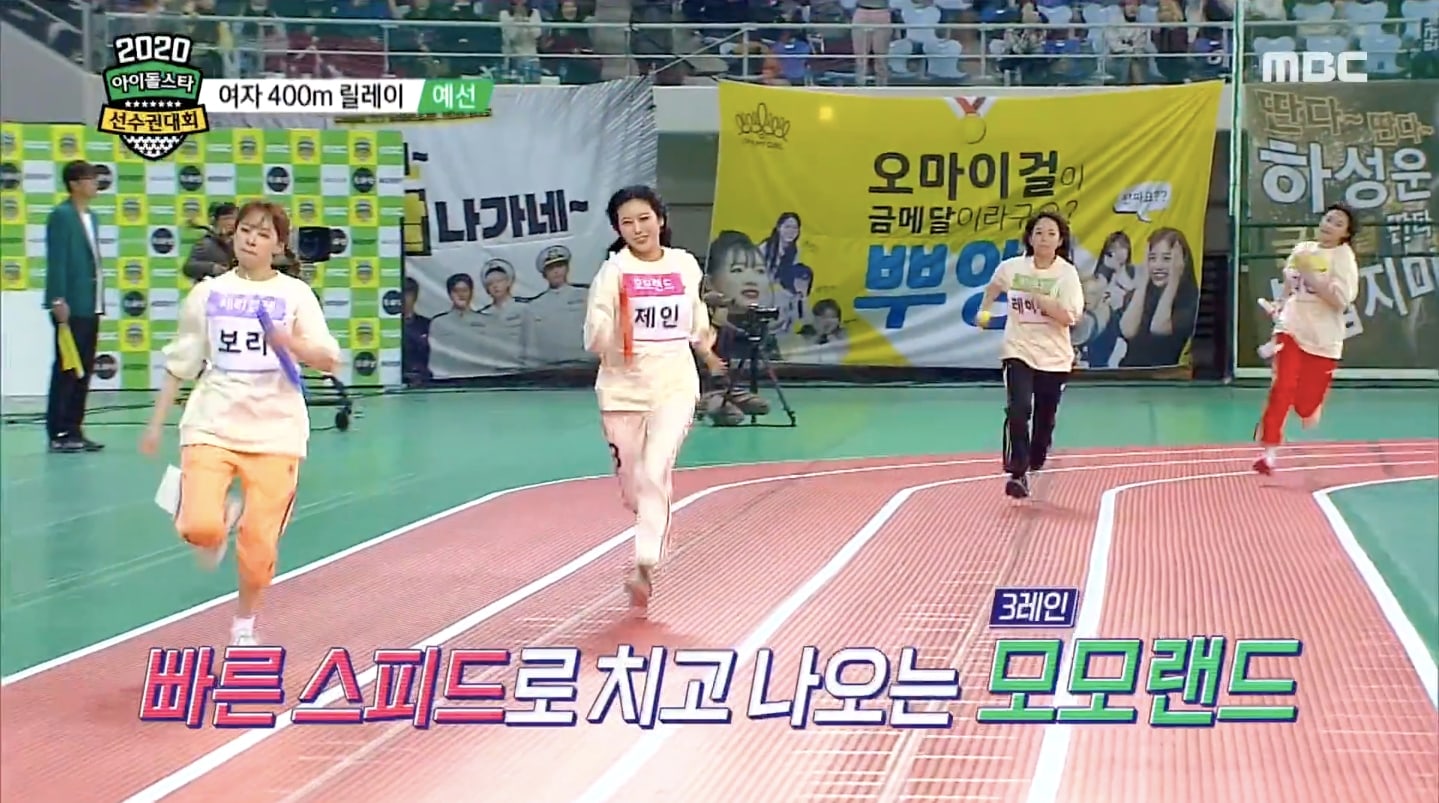 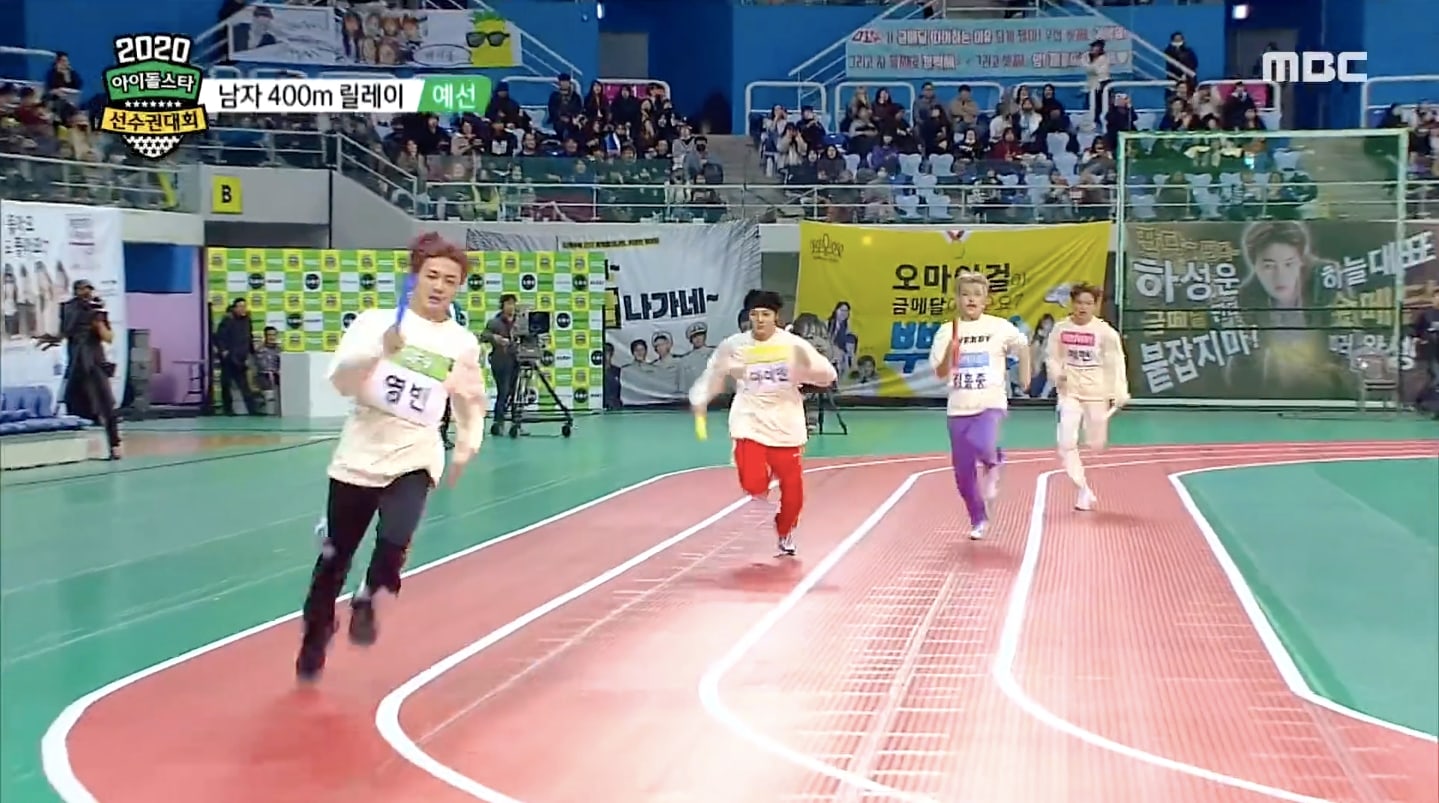