“Queen: Love and War” tells the story of Kang Eun Bo (played by Jin Se Yeon), a woman who wants to bring her twin sister’s murderer to justice. To do that, she has to compete with every eligible noblewoman at the palace to win the heart of King Lee Kyung (Kim Min Kyu), who has been troubled with strange dreams after being shot in the head.

In the latest stills, Kang Eun Bo and Lee Kyung are standing on a bridge in the middle of a lake. The atmosphere is heavy with emotions, and the moment turns tearful when they finally share their first kiss. Viewers are already curious about the events that led up to these two people facing intense feelings. 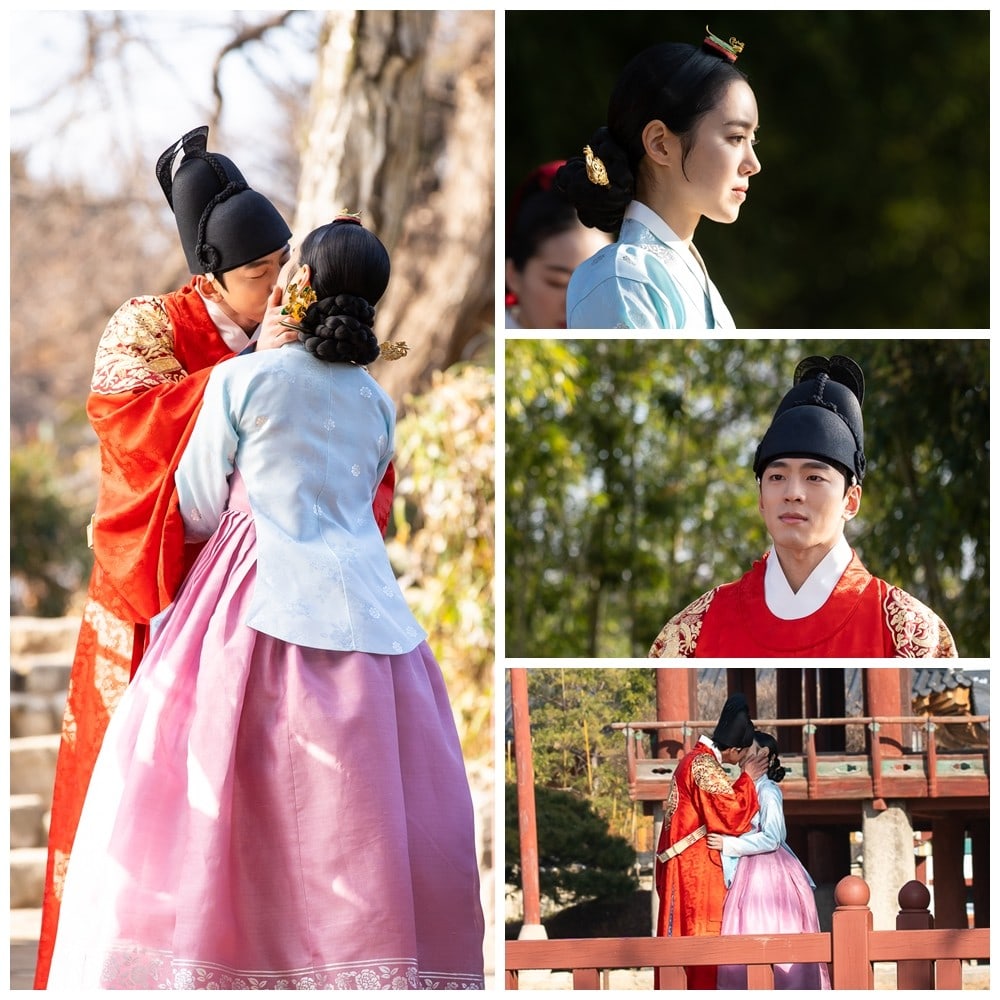 This kiss scene was filmed in Namwon of North Jeolla Province on December 27 of last year. The two actors were immersed into their roles from the moment they rehearsed, and they put on a passionate performance of love and tears. Not only did they discuss the emotional line, but also the fingertips and eye contact in detail before they started filming in earnest. With patience and concentration, they were able to create a memorable “first kiss.”

The production crew said, “We were able to complete a very vivid scene after a series of endless discussions and earnest efforts from the ‘masters of emotions.’ The moment that Jin Se Yeon and Kim Min Kyu worked hard on will be released on January 25 (today), so please look forward to it.”