On the January 25 episode of MBC’s “How Do You Play?”, Yoo Jae Suk shared his feelings about promoting as the trot singer Yoo San Seul.

This episode featured the second half of Yoo San Seul’s farewell concert for his first album, which took place on December 22. After singing his three songs, he finished the concert. Despite the audience’s calls for an encore, he quipped, “I don’t have any more songs.” 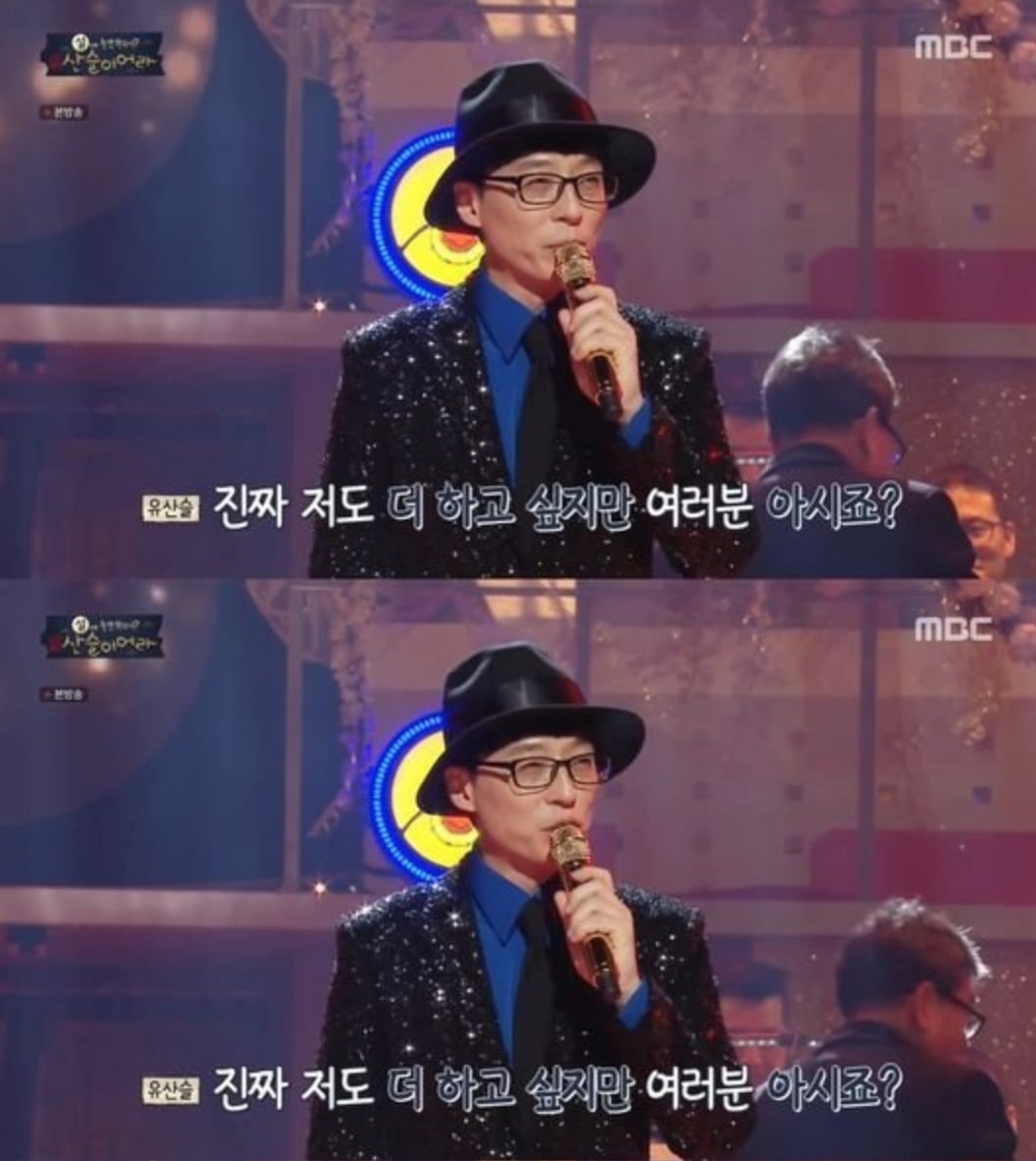 Later, he came out on stage wearing a regular suit and said, “I am the MC for Yoo San Seul’s concert, Yoo Jae Suk. It feels like it’s been a while since I appeared on ‘How Do You Play?'”

More seriously, he continued, “I felt uncomfortable promoting as Yoo San Seul. It’s not that the clothes were uncomfortable, but my mind was uncomfortable. The thing that was hardest for me was the loneliness.”