On the January 19 episode of SBS’s “Running Man,” the cast members talked about their recent experience at the end-of-year awards. 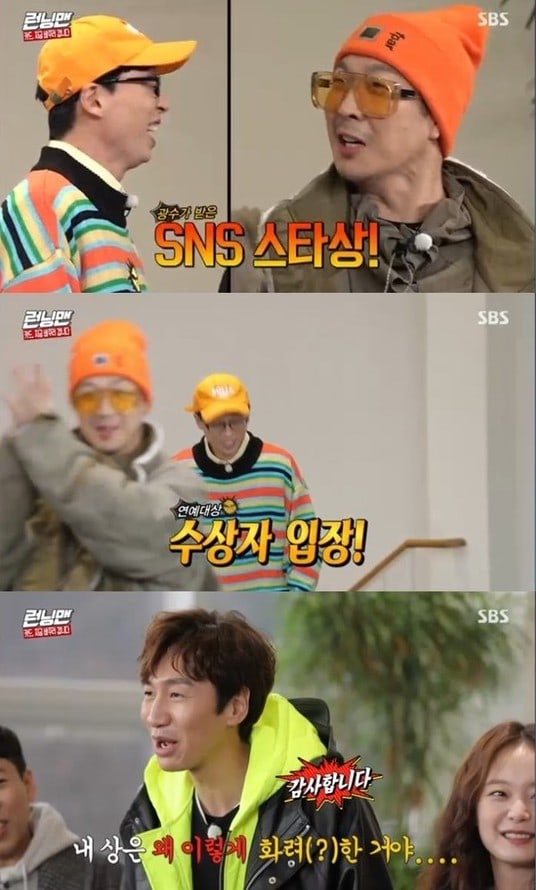 HaHa added to the fake “love line” by saying, “At the after-party, Yang Se Chan got drunk and said, ‘I’m just going to act towards Somin as my heart dictates.'” 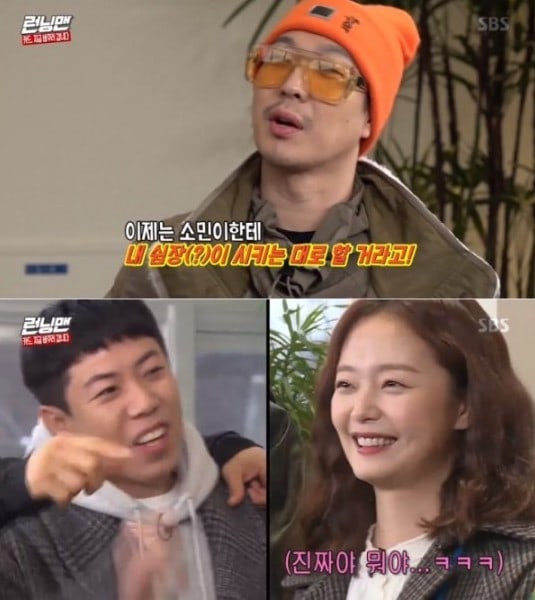 In the end, Yoo Jae Suk thanked the audience and said, “I am sincerely grateful to have received such a big award as ‘Running Man’ approaches its 10th anniversary.”