Park Sung Kwang’s former manager Im Song opened up about her experience on MBC’s “The Manager.”

“The Manager” is a variety show that chronicles the everyday lives of stars and their managers. It first aired as a two-episode pilot program before getting picked up for regular programming in March 2018. The show gained massive popularity for its entertaining stories such as Lee Young Ja and her manager’s growing friendship and delicious food adventures. “The Manager” team was rewarded for their hard work and high viewership ratings at the 2018 MBC Entertainment Awards where the cast and managers took home many awards.

One of the show’s breakout stars was Park Sung Kwang’s manager Im Song who moved viewers with her work ethic and devotion to her job. The comedian and manager, however, suddenly stopped appearing on the show and stepped down in 2019. It was reported at the time that Im Song also quit her manager position at Park Sung Kwang’s agency SM C&C.

In the interview, Im Song revealed that she started working at a new entertainment agency starting in July 2019 and that she had opened her own YouTube channel.

Speaking about her appearance on the MBC variety show, Im Song said, “I kept seeing my mistakes. I disliked myself.” She continued, “There were a lot of malicious comments. A lot of them criticized my looks. I got the most number of malicious comments when my mom and grandma appeared on ‘The Manager,'” she said. “That gave me a lot of stress. Those kinds of things kept piling on and my health got really bad.”

Im Song then talked about getting gynecologic surgery and making frequent visits to the emergency room. “I had no energy and suffered from panic disorder and depression,” she revealed. “I even thought about giving up everything and leaving. A week after quitting my job, I got surgery. I removed the cyst and was also diagnosed with polycystic ovary syndrome.” 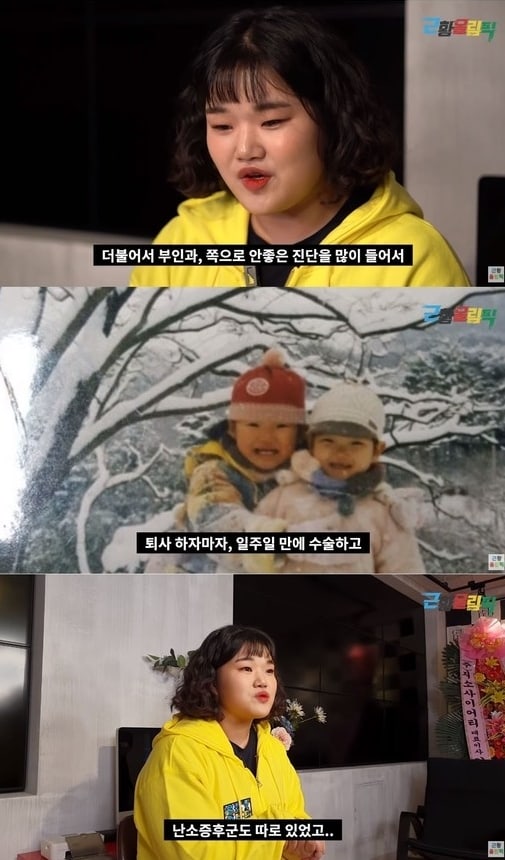 She explained, “I had bled a lot and could not drive because my anemia worsened,” and added that she underwent surgery to avoid the possibility of infertility.

Watch a full episode of “The Manager” below:

Park Sung Kwang
The Manager
Im Song
How does this article make you feel?