The 2018 MBC Entertainment Awards was definitely a night to remember!

On December 29, MBC held its annual year-end celebration of the network’s greatest achievements in variety programming and entertainment.

Not only is Lee Young Ja the first woman to claim two entertainment Daesangs in a single year, but she is also only the third person ever to manage the feat. (Kang Ho Dong was the first to do so in 2008, with Yoo Jae Suk following in his footsteps in both 2009 and 2014.)

The comedienne, who has been widely credited for the success of MBC’s new hit variety show “The Manager,” became visibly emotional as she accepted the award. Many of her fellow comedians in the audience also teared up during her speech, which she began by saying, “I was nervous back in 1992 when I won the Rookie Award, and it turns out that I feel just as nervous winning the Daesang.”

She went on, “‘The Manager’ is created through the sweat and hard work of about 70 people. [Receiving this award] makes me think that we who stand in front of the camera need to work even harder.”

Lee Young Ja ended her speech by affectionately thanking her manager and declaring, “Song Sung Ho is the best manager I’ve ever had. Thank you.” 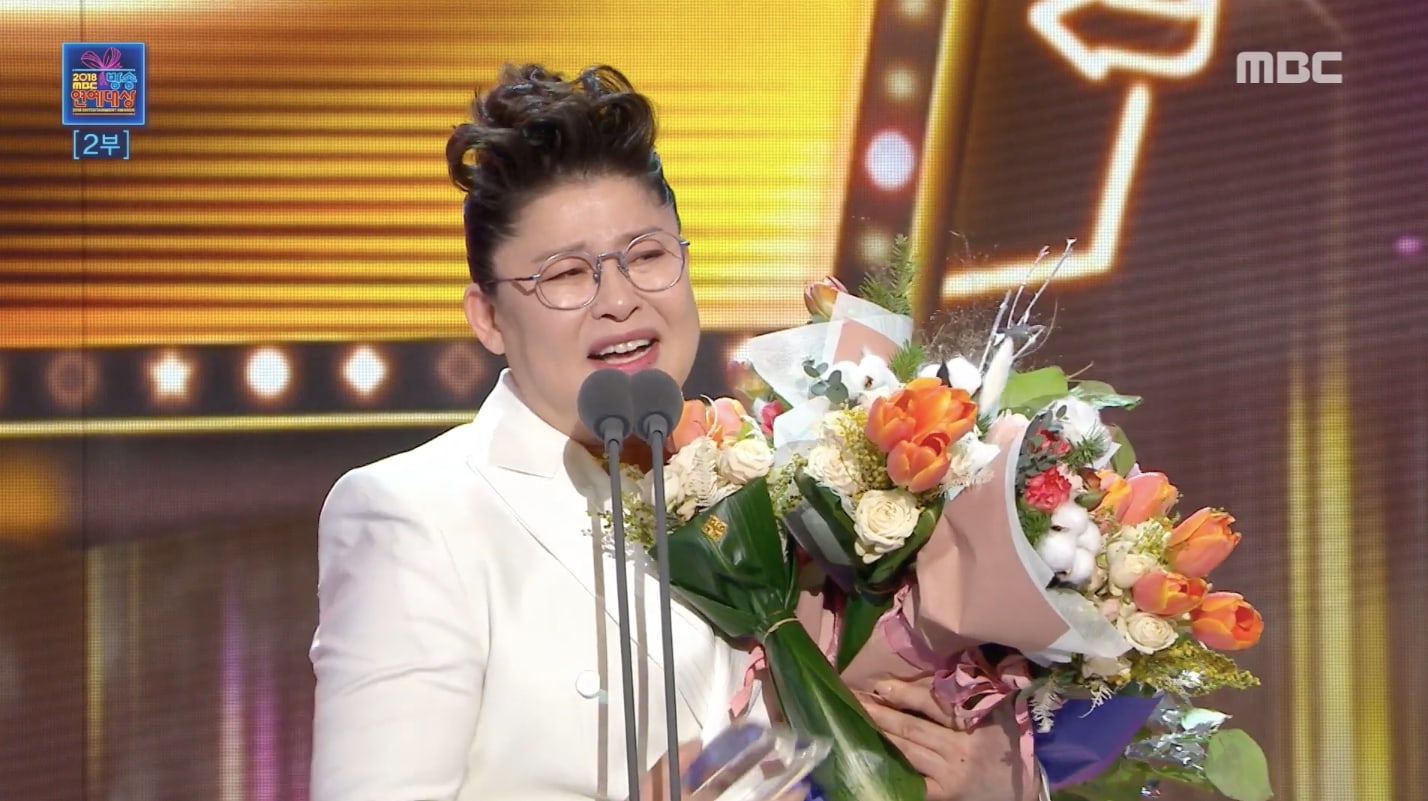 Variety Program of the Year: “I Live Alone”