BTS shared their thoughts on attending the 2020 Grammy Awards!

After the ceremony, BTS returned to their hotel and held a V Live broadcast to talk to their fans.

RM began, “Although we didn’t get a lot of screen time, I’m really thankful that all of the members tried their best and did a great job.” V commented, “Going to the Grammys is an achievement in and of itself.” Jin commented, “It was really fun,” and J-Hope added, “It was cool.” Suga replied, “Just the fact that we performed [is amazing]” and Jimin said, “It’s unreal. The things that are happening right now are surreal.”

RM explained, “They say that we’re the first Koreans to perform on the Grammys stage,” and the members applauded their latest achievement. The BTS leader continued, “One day, we really want to put on our own performance” with J-Hope echoing, “That’s exactly what I thought when the performance ended.”

Suga expressed gratitude and offered his members perspective on their latest performance. The rapper asked, “Do you guys not remember when we first went to Billboard [Music Awards]? We only received an award at the time. There’s a need for steps [for how things progress]. Since we collaborated [on a performance] this time, we can carefully [hope for our own performance next time].” RM humorously said, “Are there any Recording Academy members watching right now?” and asked them to keep them in mind next time. 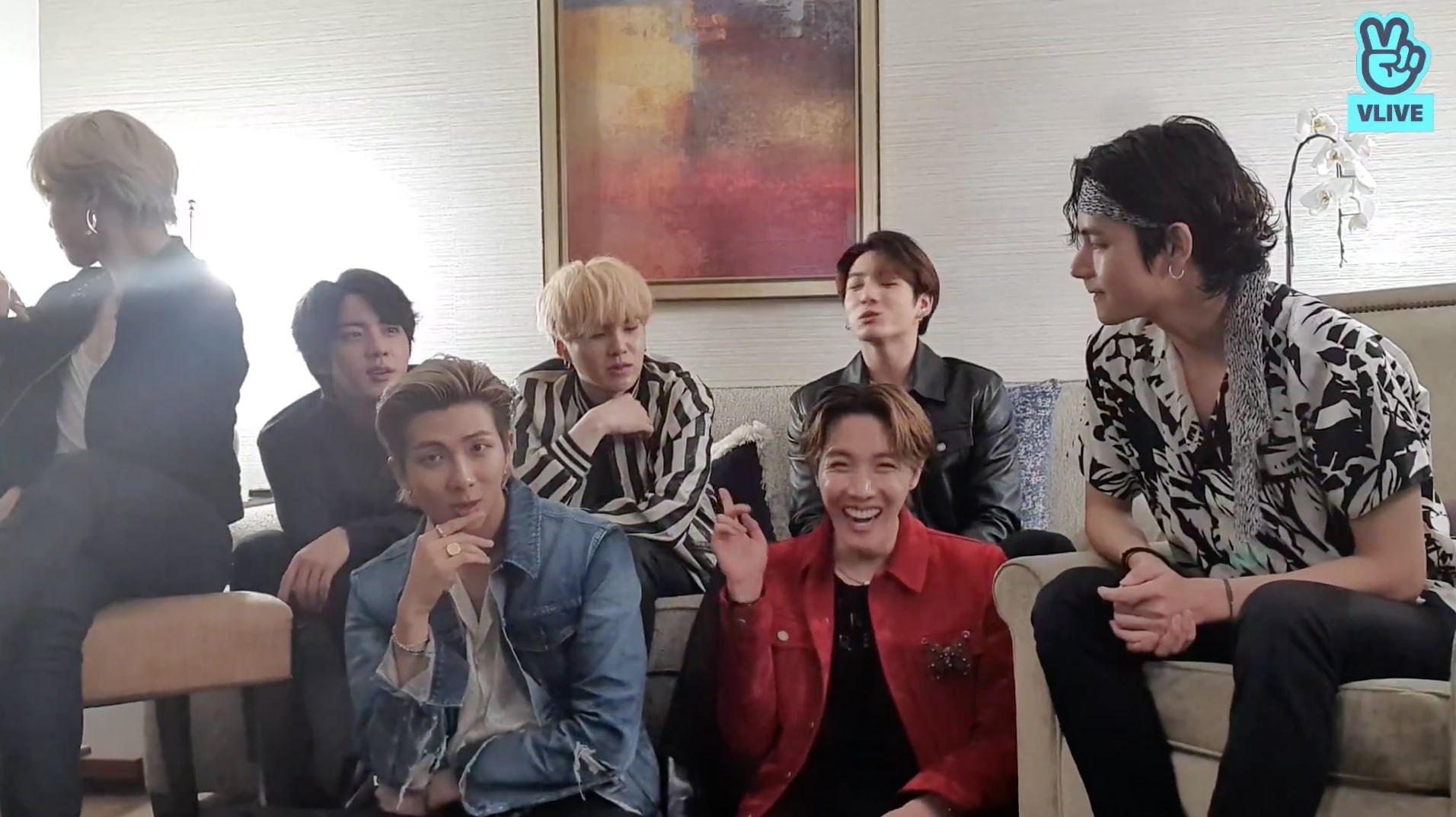 Suga commented, “People who know know this but it’s really hard,” and the BTS members discussed the difficulties of receiving a Grammy nomination. Referring to how they became official voting members of the Recording Academy last year, RM and Jin stated that they wrote down “BTS” on their ballots.

The members then excitedly talked about meeting some of their favorite artists including Nas, Usher, and Ariana Grande, as well as celebrity friends such as Khalid, DJ Khaled, and Camila Cabello. Suga revealed, “Nas said that this was also his first time at the Grammys” and reemphasized how tough it is to earn a Grammy nomination and a chance to perform on the award stage. Jin commented, “We made our Grammy performance debuts together!”

Jimin revealed, “This was our first time featuring on stage with others” and the BTS members praised RM for his “Seoul Town Road” remix. Suga commented, “Since it was a collaboration stage, I didn’t feel nervous at all and it was really fun.” Jungkook added, “It was a good experience.” 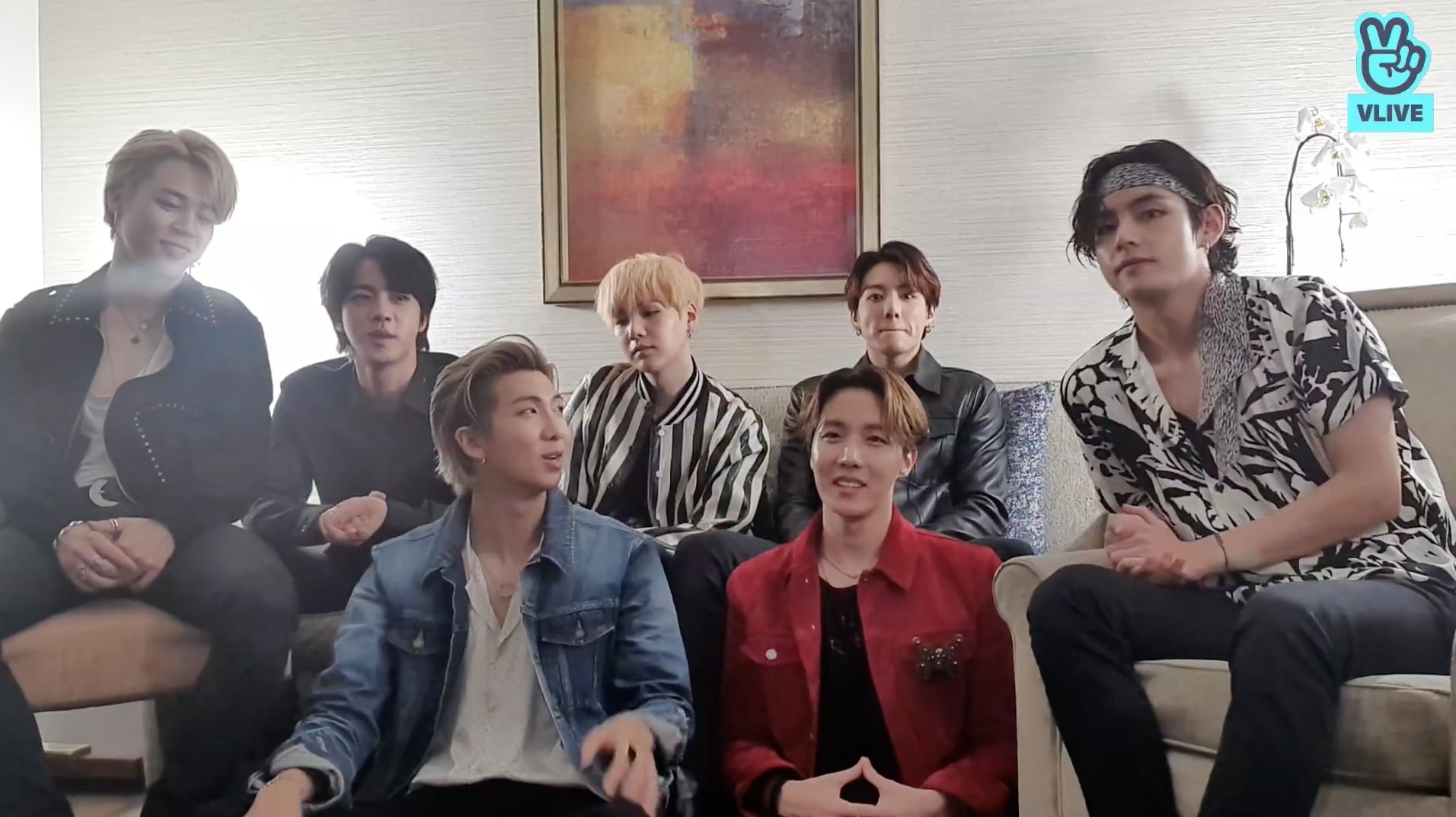 Sharing some backstage stories, Jin said, “People prayed before going on stage.” Jimin added, “We also gathered in a circle with Lil Nas, Diplo, and everyone else to pray for a good performance.” J-Hope described that it felt as if they were preparing for war, and V said he gained a lot of energy from this pre-stage ritual.

RM also brought up host Alicia Keys’s performance where she sang a song incorporating names of many singers and different genres that were in attendance at this year’s awards show. He said, “BTS and K-pop were mentioned during her performance. I felt a thrill,” and V mentioned that he was a longtime fan of the singer. “I somehow became BTS, so I feel excited whenever I see and hear the name ‘BTS,'” added Jimin.

While talking about seeing Usher, J-Hope revealed with a laugh how shy RM was acting in front of Nas. RM explained, “Nas is my role model,” and Jimin revealed, “My hands were sweating when I saw Usher.”

The BTS members, in unison, expressed hopes to return to the Grammy Awards next year. Jungkook silently prayed while RM stated, “With our own song next time.” Jimin said, “I thought about this a lot watching other artists’ great performances, and it really made me want to perform our own songs.” Jungkook revealed, “I realize a lot of things when I come to overseas award shows.” 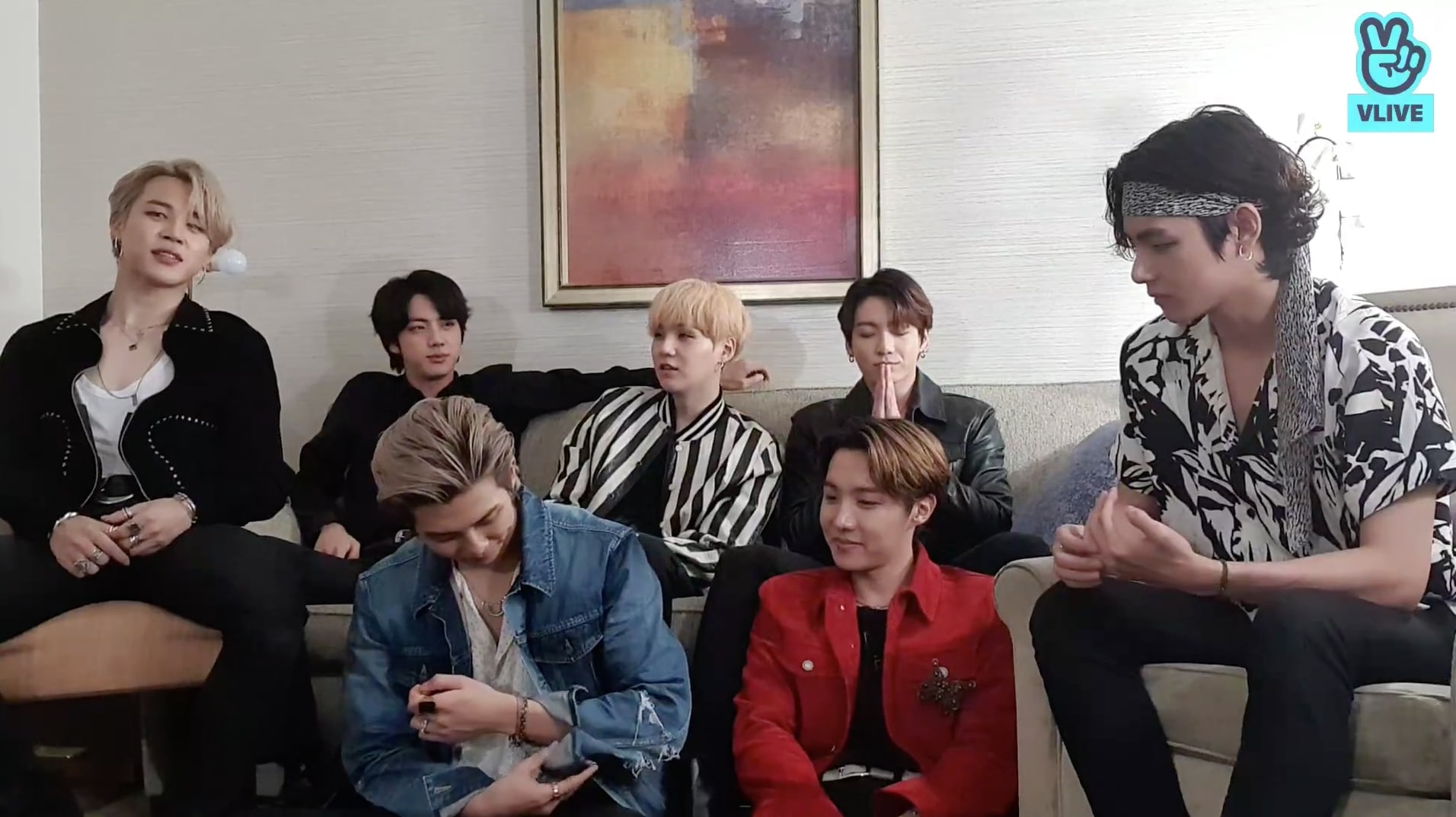 BTS wrapped up the broadcast with champagne and cake to celebrate the momentous occasion. 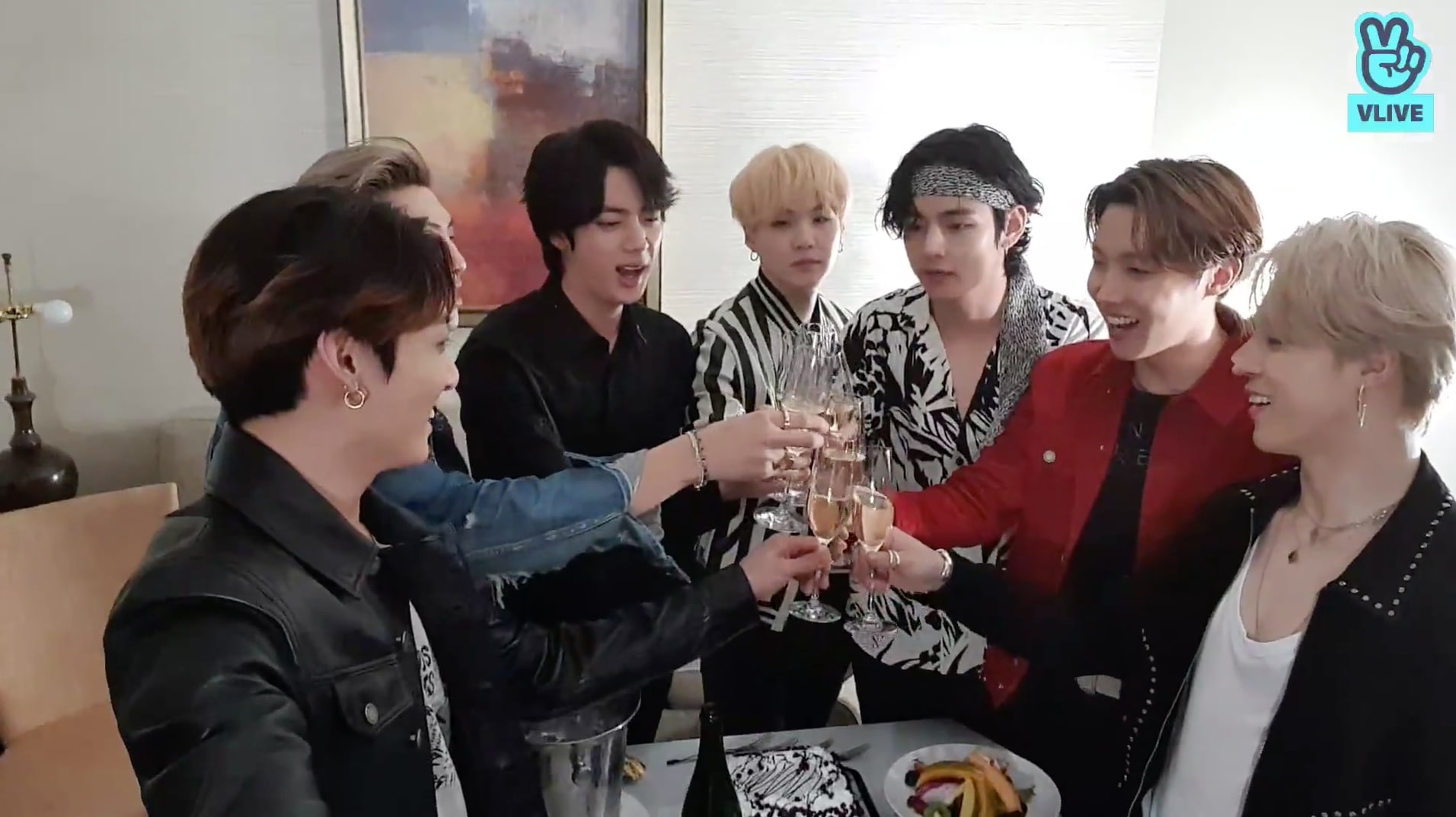