Song Seung Yeon cleared up rumors surrounding her and share stories on the latest episode of “Radio Star.”

On the January 29 broadcast, the singer appeared as a guest on the variety show.

Starting with plastic surgery speculations, she said, “I always get contacted by people I went to school with whenever I appear on TV. They always start by saying, ‘You got prettier’ and say that I lost a lot of weight.”

Holding up photos of her transformation over the years, Kim Gu Ra joked, “This is why they’re contacting you.” Son Seung Yeon explained, “I get a lot of speculation about plastic surgery, but I really didn’t do it. I lost over 15 kilograms (approximately 33 pounds).”

She also addressed her dating rumor with Eric Nam. “There was a misunderstanding,” she said. “I did a radio program for two years with Eric Nam and Baek Ah Yeon, who I’m the same age with.” Because they had never met up outside of work, the three singers decided to hang out.

Son Seung Yeon continued, “‘Iron Man 3’ was in theaters so we said we should go watch it. But on the day of our meet-up, Ah Yeon suddenly had a recording and couldn’t come. Since Eric Nam and I are close without any of those kinds of feelings and because I wanted to watch the movie, I said we should watch it.”

The singers were then photographed together at a snack stand they went to after the movies. “The next day, I gave Ah Yeon an earful when I ran into her at the radio show and said that it was all because she didn’t show up. It was fine because there weren’t any of those feelings. There were some who speculated over whether it was intentional and whether it was noise marketing.” 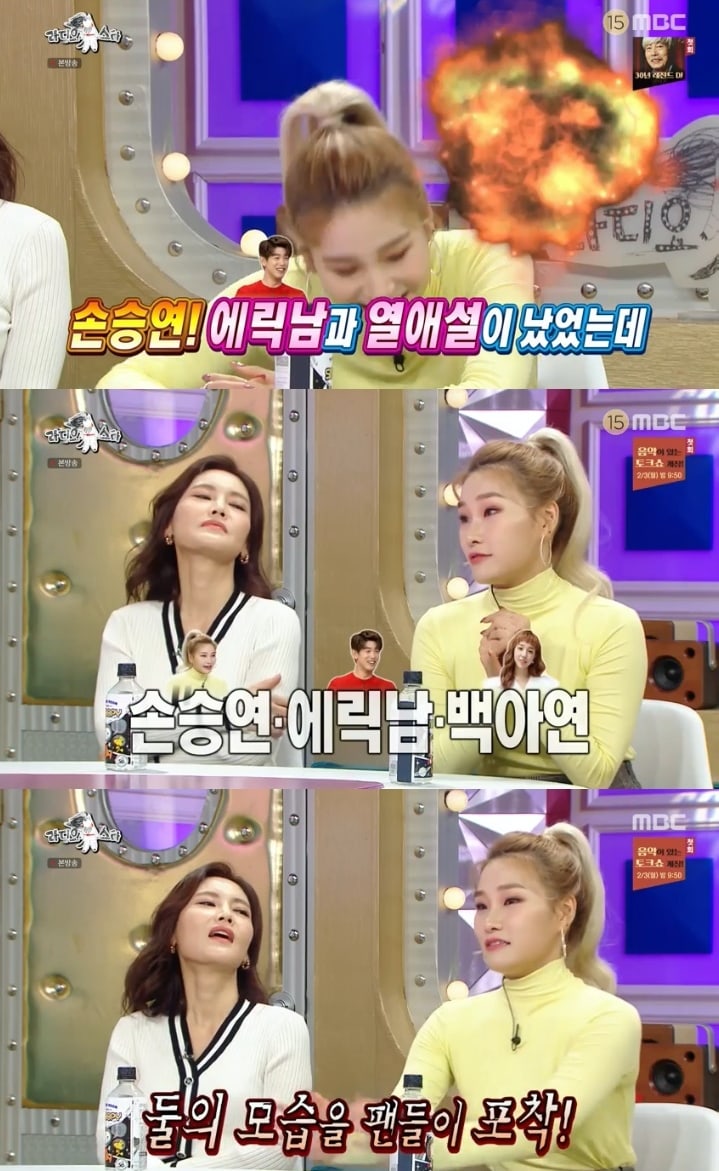 The hosts asked about her friendship with BTS’s V, and how he’s a successful fanboy of hers. Telling the story behind their friendship, Son Seung Yeon said, “I’m really close with BTS’s manager and director. They came with V to outside my waiting room. I came out and only V was there. V said that he was a fan of mine and wanted to come say hello. I didn’t know how to react.”

She continued, “The manager asked, ‘It’s okay to swap numbers, right?’ so we exchanged numbers on the spot. V is so friendly. He called me right away and asked me, ‘Where are you?’ and ‘Are you not coming to rehearsals?'” Making everyone laugh, host Kim Gook Jin commented, “He did that on the spot because he has absolutely zero feelings. He has no feelings whatsoever.”

When asked if she was still in contact with V, Son Seung Yeon replied, “I felt sorry contacting him after he became successful in the United States, so I don’t really contact him anymore. I feel grateful that he promotes my music on social media.” 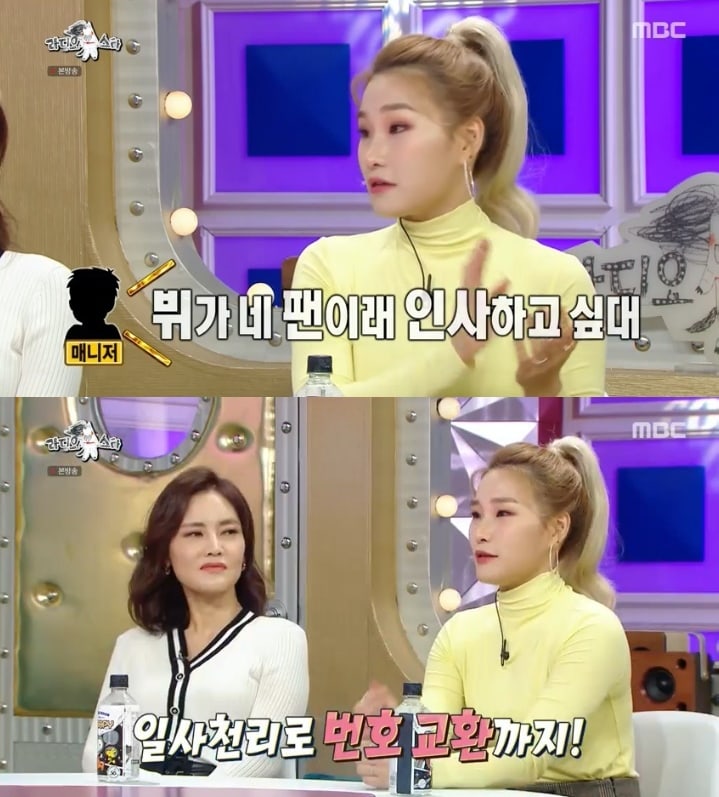