This weekend’s episode of “Crash Landing on You” will officially start the second half of the show, and to ring it in, tvN has released some stills from the upcoming episode!

The previous episodes saw Ri Jung Hyuk (Hyun Bin) return with Yoon Se Ri (Son Ye Jin) to South Korea after a harrowing rescue when Yoon Se Ri was abducted. Now in South Korea, Ri Jung Hyuk must adjust to a very different kind of life than he is used to.

The new stills show Yoon Se Ri taking Ri Jung Hyuk clothes shopping. Clearly the man is overwhelmed at first, but manages to get himself dressed up in some rather spiffy-looking suits. All the while Yoon Se Ri looks pleased to see him in nicer clothes than what he typically wears. 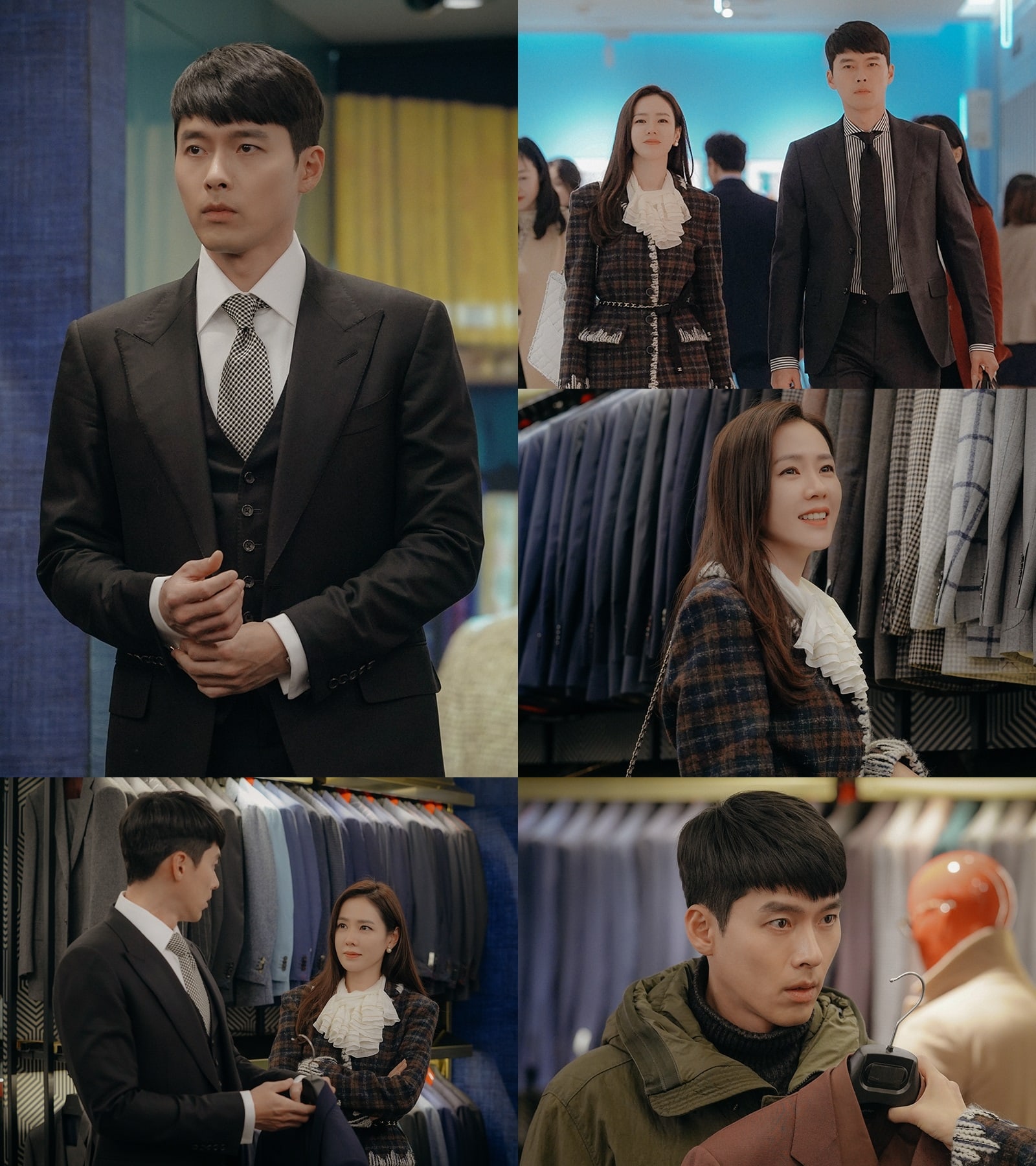 Episode 11 of “Crash Landing on You” will air this upcoming Saturday, February 1 at 9 p.m. KST.