On February 1, Chorong took to Instagram Stories to post a photo of multiple fruit baskets adorned with congratulatory ribbons. As a show of support, Solar had sent each Apink member her own basket with a customized message. She also signed each message with her real name, writing, “Chorong’s friend Yongsun.” 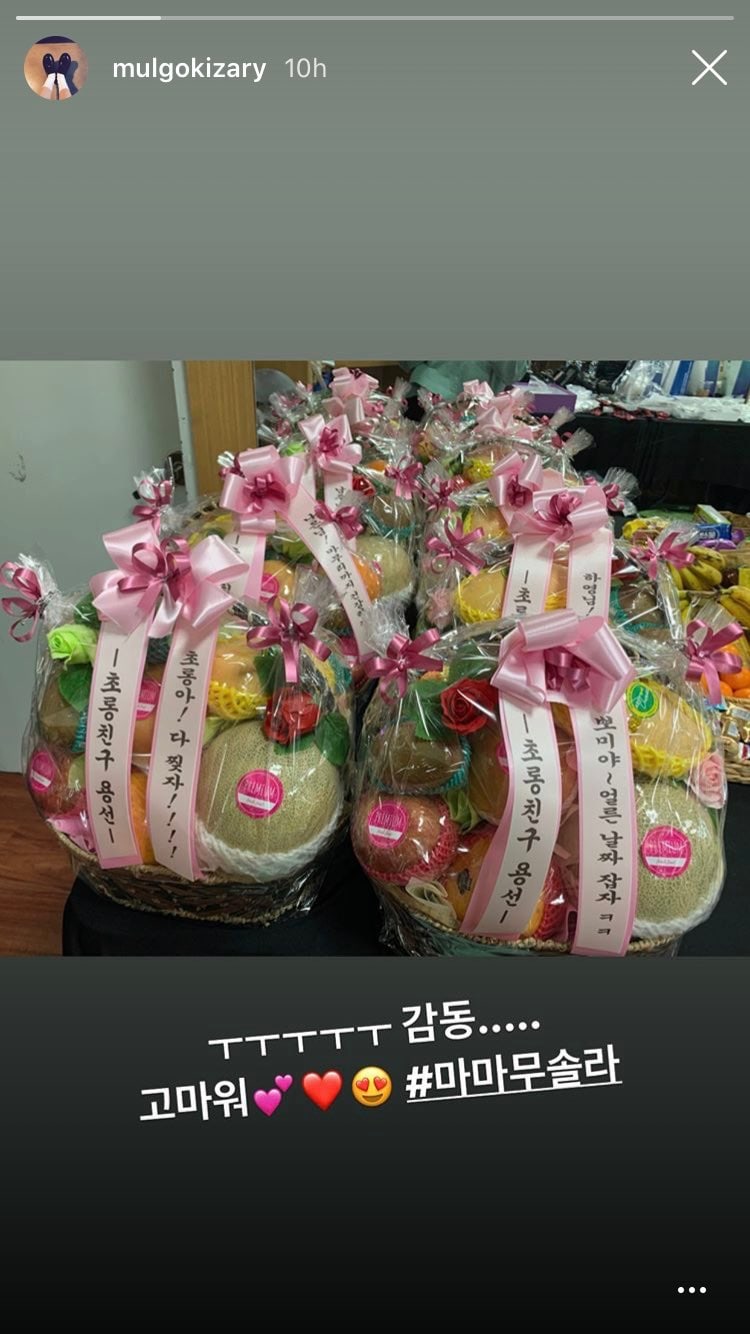 After wrapping up the first night of their solo concert “Welcome to PINK WORLD” at the Olympic Hall in Seoul, Apink will be holding their second concert on February 2 at 5 p.m. KST. According to Play M Entertainment, tickets for the two-day show sold out five minutes after their release, making “Welcome to PINK WORLD” Apink’s sixth sold-out concert in a row.

MAMAMOO
Apink
Solar
Chorong
How does this article make you feel?