On the February 4 episode of “Video Star,” Sandara Park and HINAPIA’s Minkyeung emotionally spoke about the difficult periods they went through after the disbandments of their groups.

On “Video Star,” host Park Na Rae mentioned that Minkyeung has gone through many ups and downs, and she commented on how Minkyeung had even recruited the HINAPIA members herself and she was the one who found their agency for them.

Minkyeung debuted with PRISTIN (as Roa) in 2016, however despite their seemingly promising future, the group was disbanded in 2019 after a long hiatus. Minkyeung and some of the other members of PRISTIN redebuted as members of HINAPIA later that year.

Minkyeung shared that after PRISTIN’s disbandment, the members who shared the same hopes suggested that they might try again. She became tearful as she said, “When we first debuted, I thought we were going to have continued success, since we received many awards.”

“When the team no longer existed,” she began before hesitating. She went on to say, “Everyone has things they value, but I felt like I lost everything .” She shared that from that point on, she hated being awake and preferred to sleep, and she realized that something bad could happen if she kept going like that. 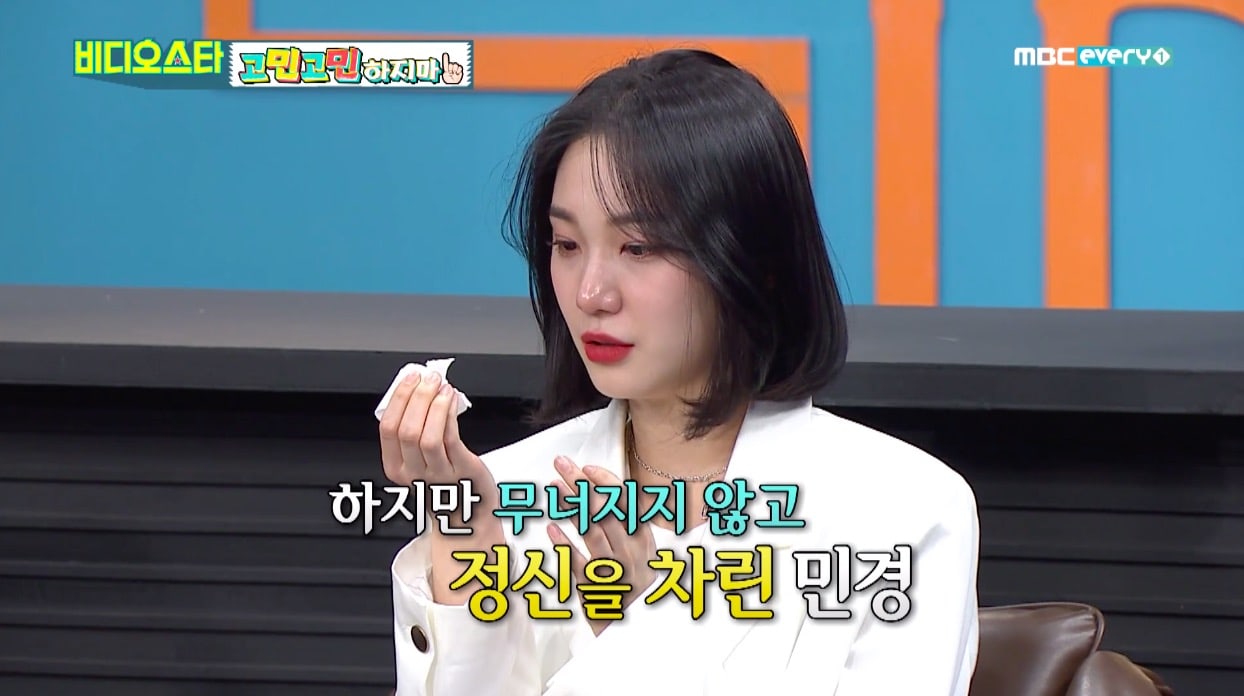 “At some point, a gap appeared between who I am and the person that I’m supposed to present myself as,” she said. “Even if I’m dancing in a silly way like I did earlier, when I go home I’m lost in thoughts like that. Since such a young age, I was trained how to hide who I am and what to do to make people like me.”

The hosts cheered her on by saying she seems to be someone who is certain to find success and singer Chunja encouraged Minkyeung to call her to talk. 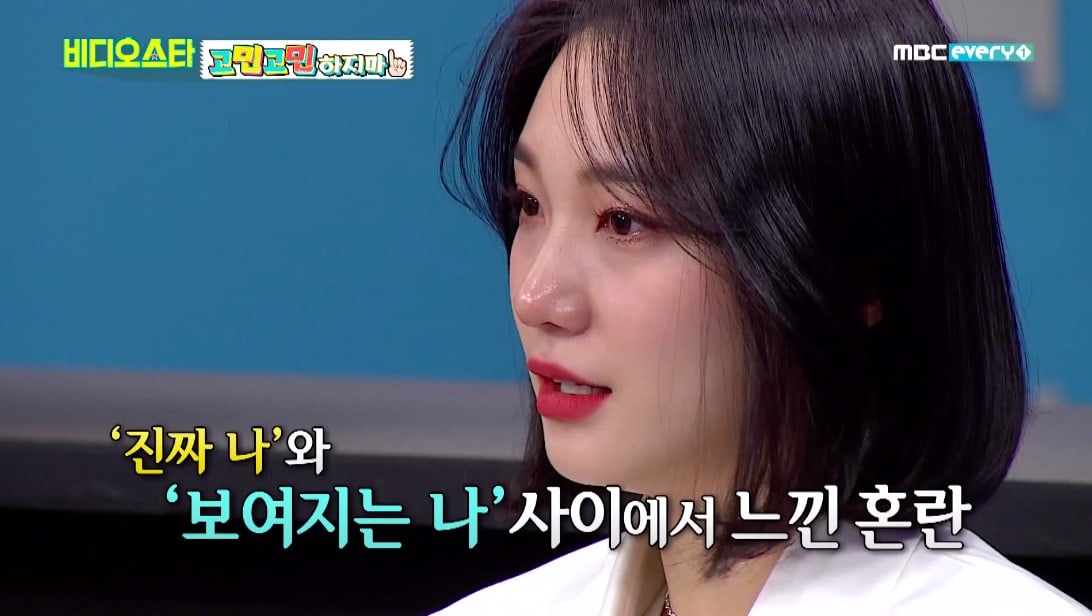 Sandara Park also shared that the period after 2NE1’s disbandment was the hardest time for her, and she described how she was asked by many people what she’d do now on her own.

She began to tear up before saying, “After our disbandment, I realized that I’d been very foolish about something. When we were promoting, I thought that I wasn’t necessary in the group, because the members all had such amazing voices. I thought, ‘If I sing more, then I’ll be a detriment to the group.’ So I couldn’t enjoy it.”

Sandara Park continued, “After we disbanded, I worried a lot about what I should do now. I think I was very pessimistic for two or three years, and I lost a lot of my confidence.” 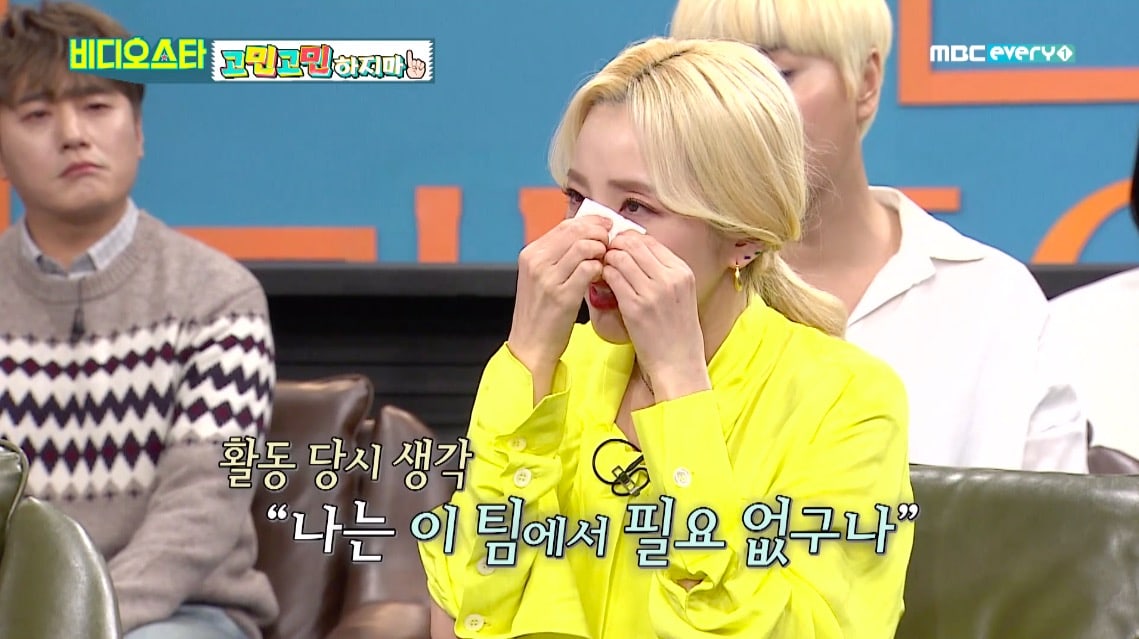 She shared that even some of the people who used to contact her a lot in the past stopped contacting her. “I think I experienced a very dark two years,” she said. “But at some point, it became a good thing. I realized that the few friends who are still by my side are really my people.” She cried as she said, “Because of that, I’m happy lately.”

Sandara Park went on to say that she felt it was a shame that she was so late to come to her realization about her time in the group. “CL was always the one who lifted our spirits and she wasn’t there anymore, so I started to play the parts my members had too,” she said. “When I do fan meetings or concerts alone, I finally feel like I’m able to enjoy it. It’s a shame [that I didn’t realize it sooner], but you can’t turn back time.” 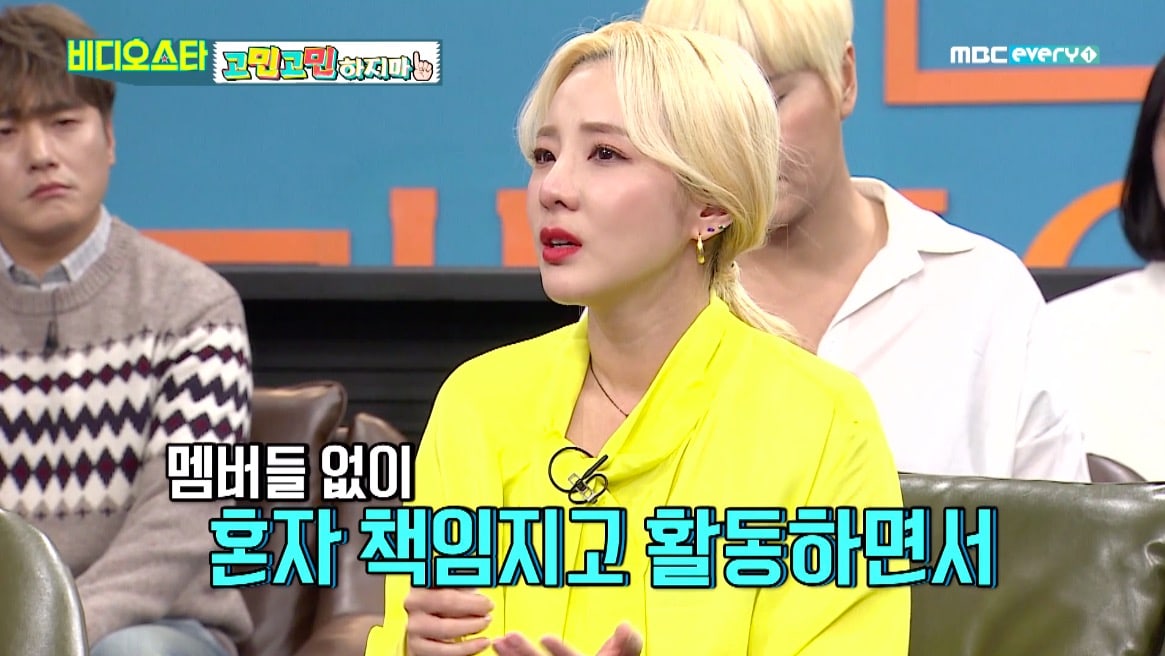 HINAPIA made their debut in November with “DRIP.” Sandara Park recently collaborated with her fellow former 2NE1 member Park Bom by featuring on her song “Spring” and singing the duet “First Snow” with her.