Gaon Chart has revealed its chart rankings for the week of January 26 to February 1!

Super Junior’s new repackaged album “TIMELESS” debuted at No. 1 on this week’s physical album chart, followed by SECHSKIES’s new mini album “ALL FOR YOU” at No. 2. ATEEZ’s “TREASURE EPILOGUE : Action To Answer” shot back up the rankings to take No. 3 for the week, while Golden Child’s “Without You” debuted on the chart at No. 4. Finally, SF9’s “First Collection” rounded out the top five for this week. 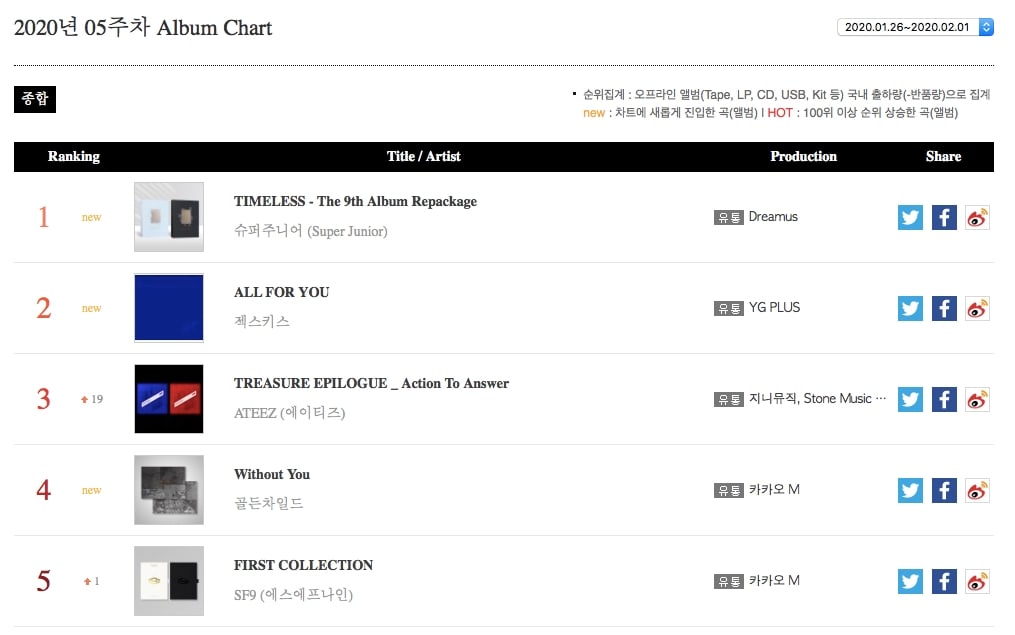 The top five songs on the overall digital chart and the streaming chart were exactly the same this week: Block B’s Zico’s “Any Song” spent its third consecutive week at No. 1 on both charts, while Changmo’s “METEOR” held onto its spot at No. 2. Red Velvet’s “Psycho” similarly maintained its position at No. 3 on both charts, trailed by IU’s “Blueming” at No. 4 and Baek Yerin’s “Here I Am Again” (from the OST of “Crash Landing on You”) at No. 5. 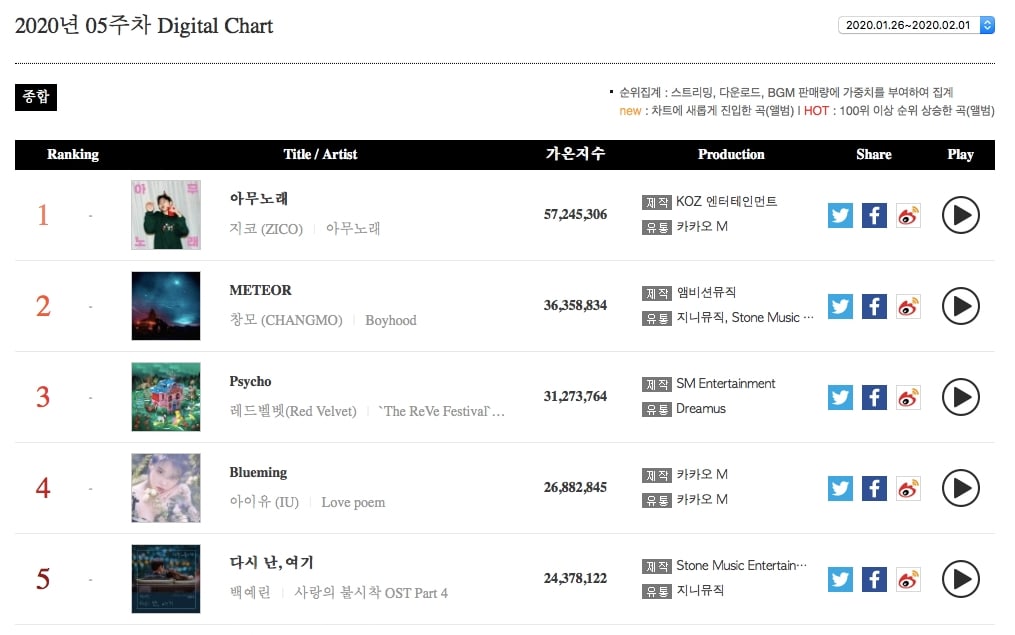 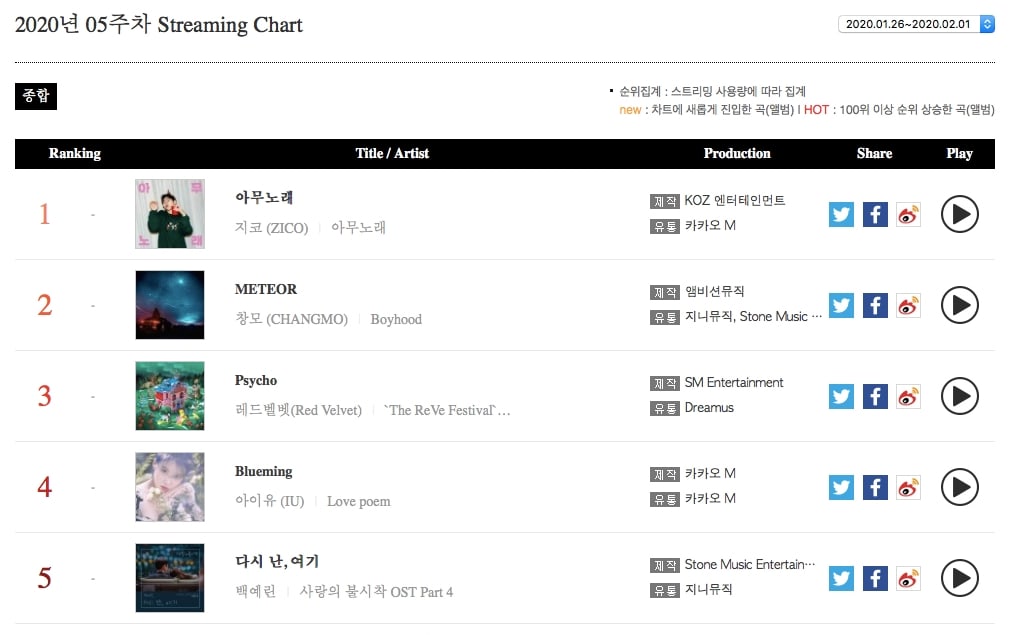 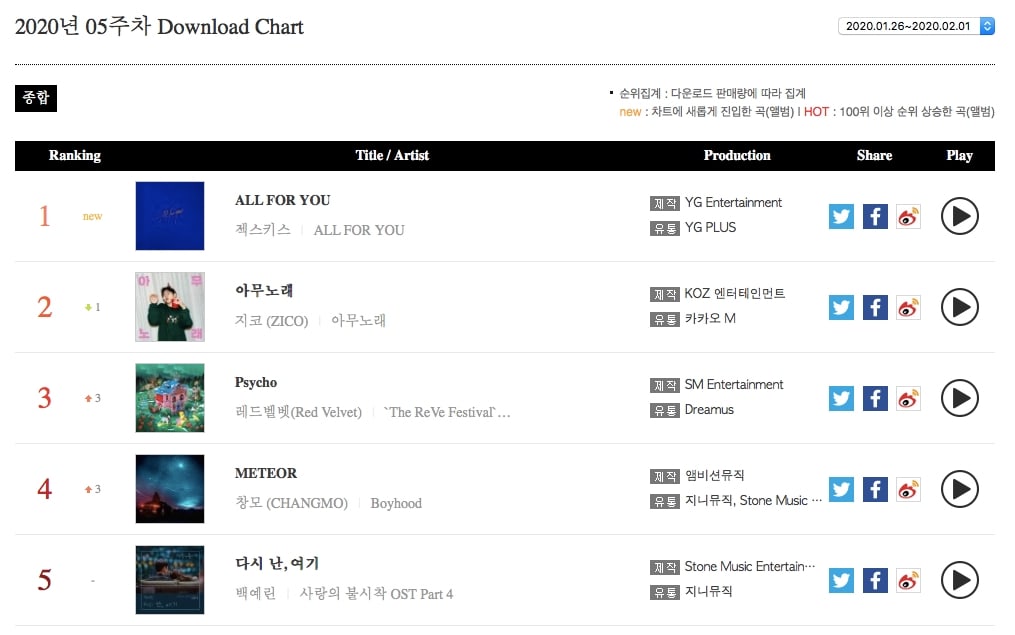 BTS continued their reign at No. 1 on Gaon’s Social Chart 2.0 for another week, followed by BLACKPINK at No. 2 and Red Velvet at No. 3. SECHSKIES entered the chart at No. 4 this week, while Zico came in at No. 5. 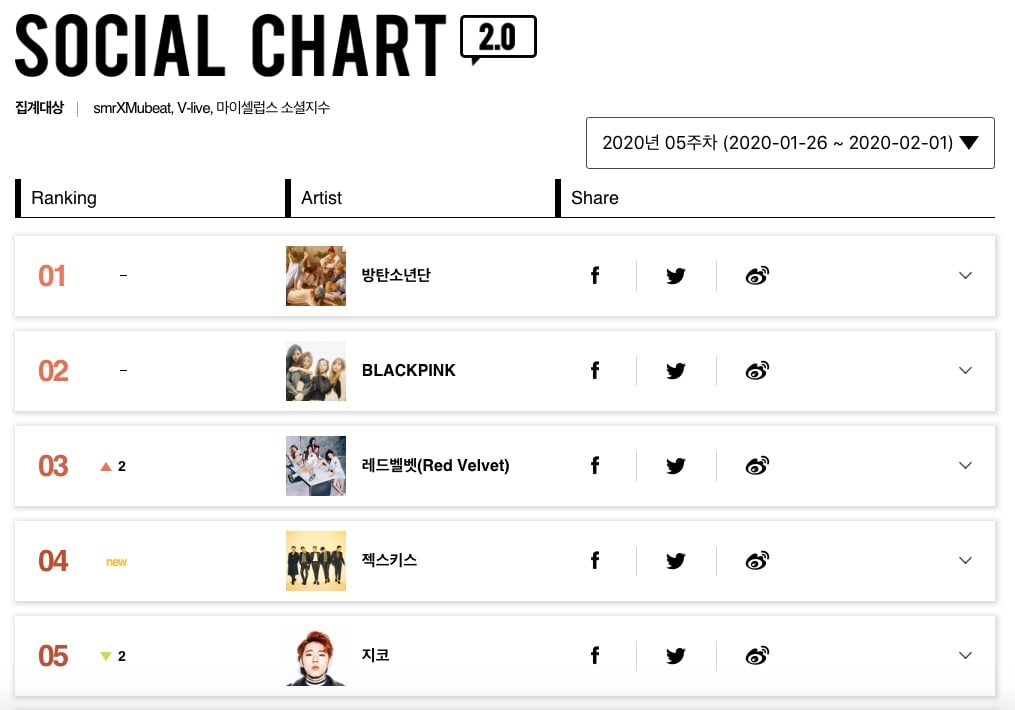