tvN’s “Crash Landing on You” has shared a glimpse of a sweet moment between Hyun Bin and Son Ye Jin!

In newly released stills from the drama’s upcoming episode, Ri Jung Hyuk hides something behind his back as he approaches Yoon Se Ri with an uncharacteristically nervous expression on his face—piquing viewers’ curiosity as to what the gift in his hands might be.

Meanwhile, Yoon Se Ri appears to have caught onto the fact that Ri Jung Hyuk has prepared a surprise gift for her, and she expectantly holds out her hands as she beams up at him with an excited smile. 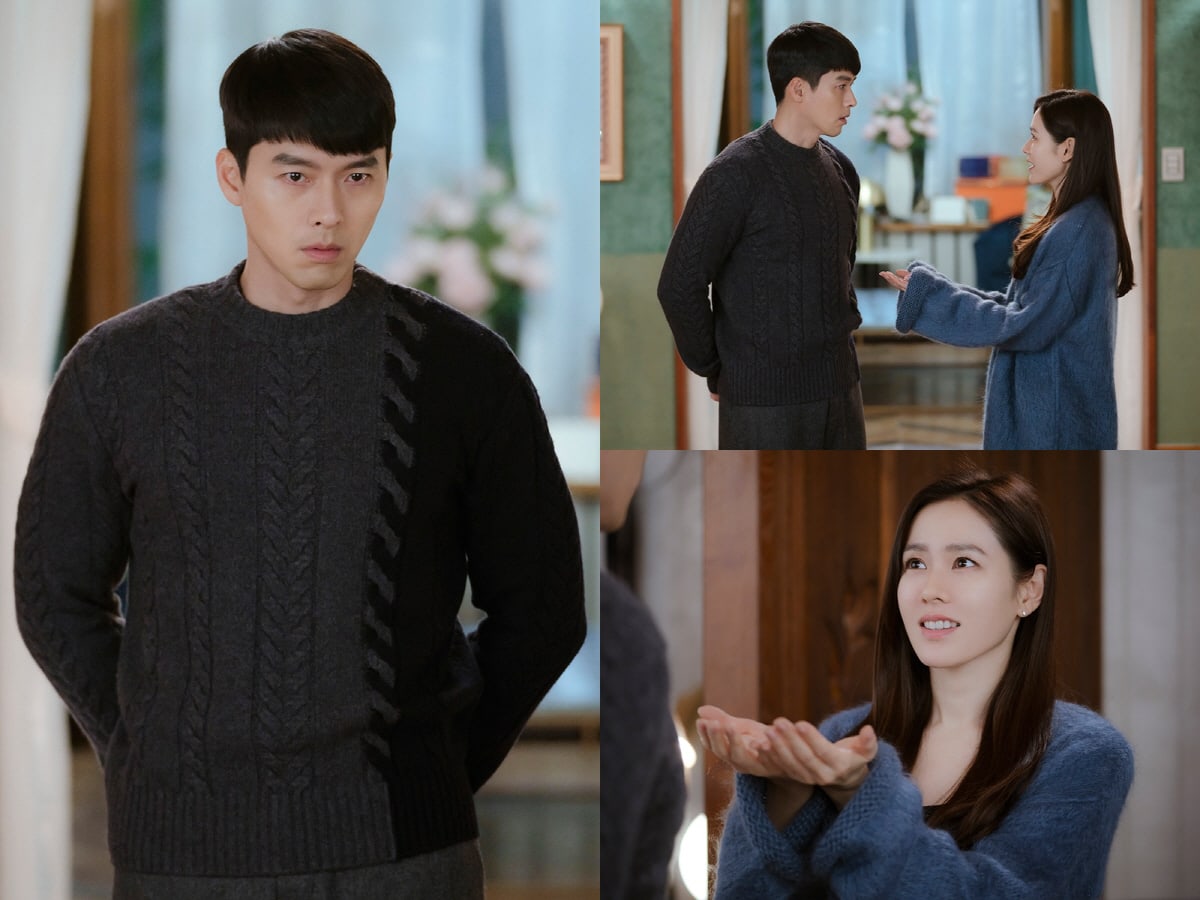 To find out what Ri Jung Hyuk’s mysterious gift for Yoon Se Ri is, tune in to the next episode of “Crash Landing on You” on February 8 at 9 p.m. KST!