Jin Se Yeon Puts Her Life On The Line To Cut A Deal On “Queen: Love And War”

The plot continues to thicken on “Queen: Love and War!”

In the new stills, Jin Se Yeon puts a knife to her throat as she negotiates with an unseen opponent. Despite the extremeness of her action, there is no trace of fear or hesitation on her face as she either prepares to make the ultimate sacrifice for an unknown cause or bluff her way out of a tricky situation. 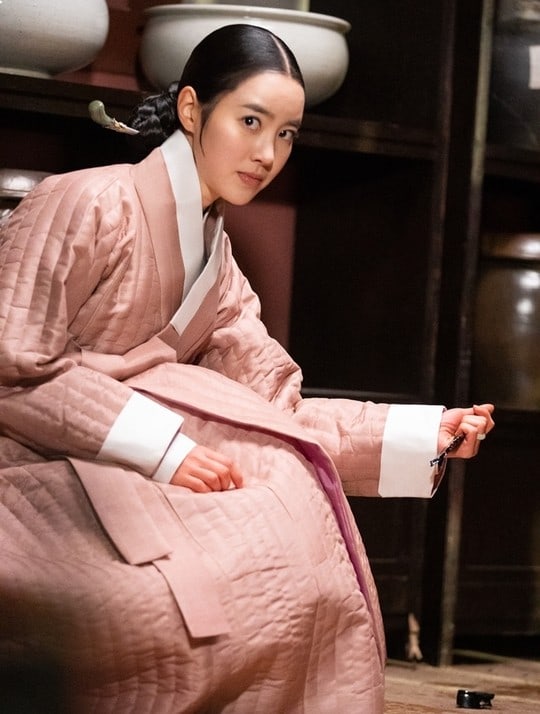 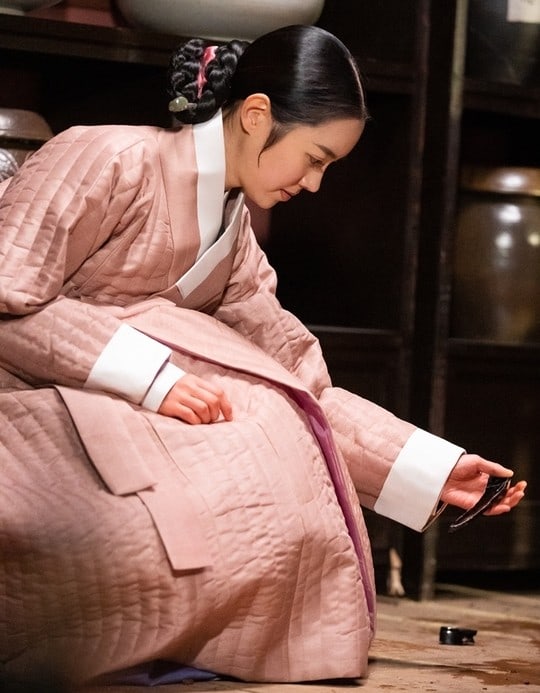 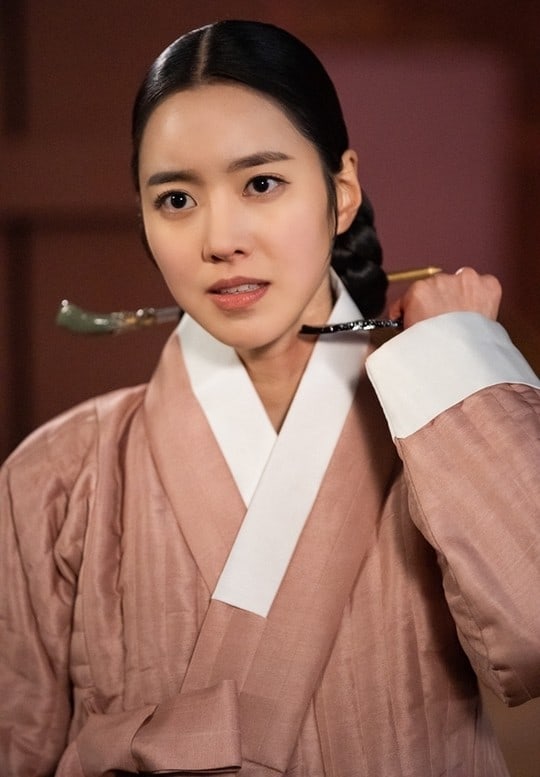 This scene was filmed on January 9 at Mungyeongsaejae in North Gyeongsang Province. During rehearsals, Jin Se Yeon experimented with the details of how to hold the knife and the angle at which it touched her throat as well as immersing herself into her character’s emotions. When filming began, she impressed the staff with how she controlled her breathing to express her character’s shock and determination to hide her fear.

The production staff said, “Through Jin Se Yeon’s unflagging passion, we were able to film a very tense scene. Please look forward to what plot twists will occur during the February 8 episode.”