INFINITE’s Sunggyu shared his thoughts on his group and fans.

On February 9, Sunggyu held the final day of his three-day solo concert “Shine Encore” at the SK Olympic Handball Gymnasium. Sunggyu met with fans onstage for the first time since his military discharge through the “Shine Encore” concert.

After opening with “Shine” and “Till Rise,” he said, “It’s so nice to see you. Thank you so much for coming today. You guys don’t have to scream a lot, so I hope you can wear your masks and watch safely.”

The venue was packed with fans eager to see their idol onstage. Due to the continuing spread of the coronavirus, concertgoers were required to use hand sanitizers and had their temperatures checked before entry. Inside, all of the audience members wore masks while watching the concert. 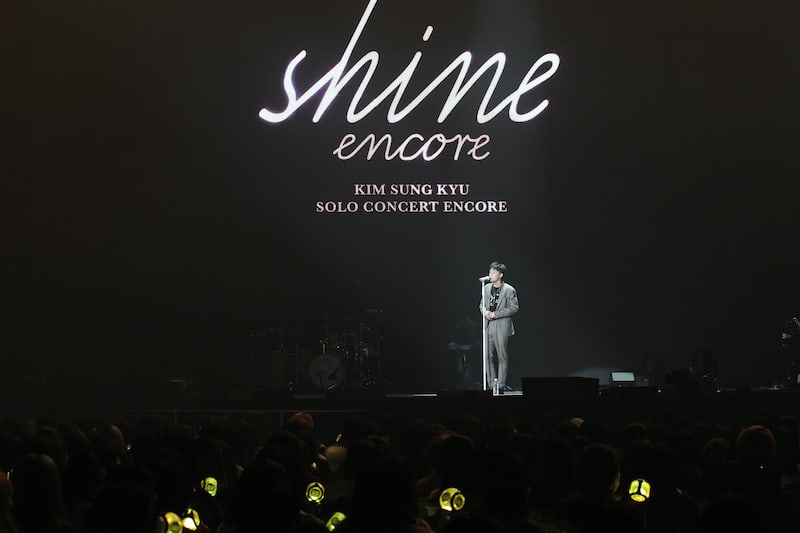 Sunggyu shared stories from his military service at the beginning of the show. “It’s been about a month since I’ve been discharged,” he said. “I tried not to talk about the military, but I only have stories about the military because it’s the most recent event [in my life].”

He continued, “I served in the military and participated in a musical with fellow member Sungyeol. [Actor] Kim Min Suk was also there, and he used to be in my agency.” Speaking about how the actor had left Woollim Entertainment, he said, “I thought that Min Suk had a misunderstanding [with the agency], so I spoke to him on the agency’s behalf. He had drinks with the CEO separately, and they cleared the air. I felt as if I was the love bridge [between them].”

“They’re both friends I’ve known since I was young, so it was nice to see them in the military,” said Sunggyu. “All of us had also gone through hard times, so each of us talked a lot about our success stories.” 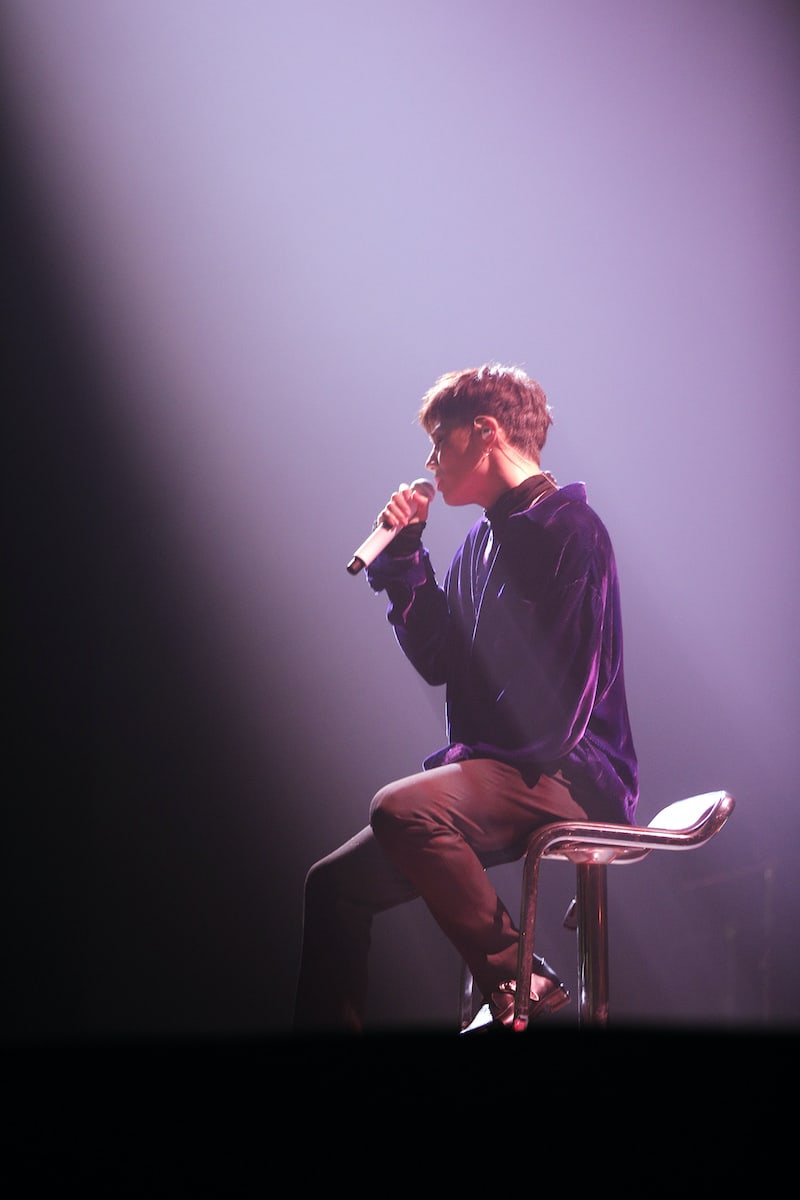 INFINITE members Nam Woohyun and Sungjong, who are currently serving in the military as public service workers, attended the concert. Sungjong was also at the first day of the concert. Referring to his fellow members, Sunggyu said, “I was shocked because Woohyun came to my dressing room looking chubby. He told me not to talk about his weight gain. You won’t ever be able to gain weight unless you do it then. Because the members came, the atmosphere became nice, and I felt excited.”

He continued, “I wanted to sing with the members,” before singing INFINITE’s “Clock.” Sunggyu commented, “Woohyun and Sungjong are probably itching to perform when they hear this song. Earlier, they said, ‘It feels as if the energy in my body is flowing after coming to the concert venue. I want to [perform] too.’ I hope both members will serve in good health and that we can sing this song again when we reunite in the future.”

Sunggyu also shared his thoughts on the 10th anniversary of his debut. “INFINITE is a group that is much greater than me. When I debuted, I worried a lot about whether I could continue to promote, but I worked hard. I’m thankful to the members and to all of you. We’ve been together for a long time, so let’s make fun memories together until our 20th and 30th anniversaries.”

After the concert, Sunggyu shared many photos from the concert including a selfie, a group photo with fans, a backstage photo with Woohyun and Sungjong, and one of him holding up a banner that says, “Please remember this beautiful moment.” He wrote heartwarming hashtags for his fans, such as, “The best moments I started with INSPIRITs will accumulate to become history,” and “I love you today, tomorrow, and always.”

Nam Woohyun
INFINITE
SungJong
Kim Sungkyu
How does this article make you feel?