Moon Seung Mo is the only son of a family that owns an 80-year-old pork soup restaurant and a star chef who tries to spread knowledge about Korean cuisine through pop-up restaurants. He will show fun, heart-fluttering chemistry with Yoo Yoo Jin who suddenly loses her memory and finds herself in the countryside.

Speaking about his co-star, Eric said, “I thought that she was a very meticulous, sincere actress when I first met her after seeing how she came to set with long translated lines in German. She’s being adored by the staff due to her high level of understanding of her character at the script reading and hard work on set.”

He added, “I’m not supposed to laugh because Seung Mo is cold, but there were several times where I couldn’t hold in my laughter because the senior actors’ dialects were so funny when we were filming in the Seoha Village. It’s to the point where other actors who are filming in Seoul are envious and saying they want to visit.” 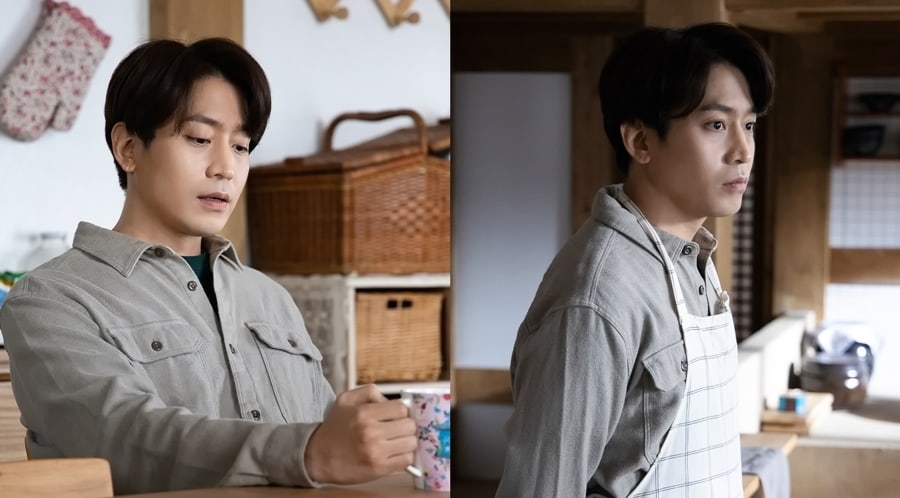