tvN’s “Crash Landing on You” is nearing its end!

With its talented cast and heart-fluttering story, “Crash Landing on You” recently achieved the fourth highest viewership ratings in tvN history at 17.7 percent, bested only by “Goblin” (which peaked at 20.5 percent), “Reply 1988” (19.6 percent), and “Mr. Sunshine” (18.1 percent).

Below are three of the most romantic but emotional moments between Ri Jung Hyuk (Hyun Bin) and Yoon Se Ri (Son Ye Jin).

In episode 6, Yoon Se Ri was on her way to the airport in order to return to South Korea when she was surrounded by a mysterious truck convoy. Ri Jung Hyuk came over in an instant to save Yoon Se Ri, and a fierce battle ensued. In contrast to how Ri Jung Hyuk was pretending to send-off Yoon Se Ri in a cool and collected manner, Ri Jung Hyuk was secretly protecting her from the beginning, making the viewers hearts’ flutter with his thoughtful gesture. In the midst of an intense shoot-off, he was able to protect Yoon Se Ri while skillfully taking out the enemy despite receiving a gun wound.

After many attempts, Yoon Se Ri was finally set to return to South Korea by passing the military demarcation line, causing the viewers to tear up at the couple’s parting. In episode 9, although the two continued to prepare themselves for their parting, they couldn’t hide their desires to spend at least a little bit more time together. When Yoon Se Ri finally crossed the military demarcation line in tears, Ri Jung Hyuk ran after her. He said, “One step should be okay,” as he crossed the line to kiss her, leaving viewers emotional. 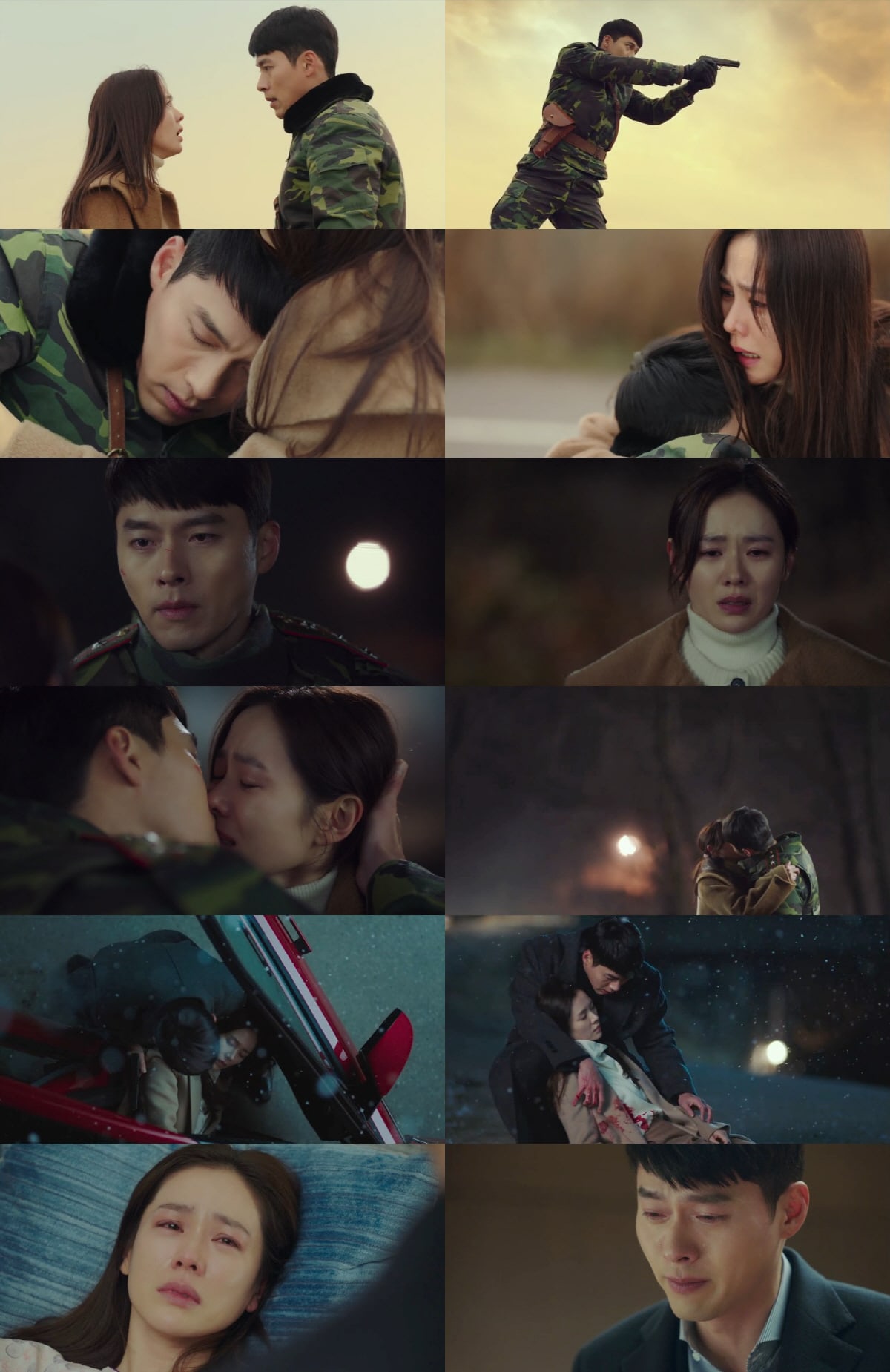 After Ri Jung Hyuk risked his life to save Yoon Se Ri’s, Yoon Se Ri suffered a fatal wound while trying to rescue Ri Jung Hyuk. In episode 13, Jo Chul Kang (Oh Man Seok) pointed his gun at Ri Jung Hyuk during a fierce battle, and Yoon Se Ri charged towards them in her car. She sacrificed herself in order to save Ri Jung Hyuk and lost consciousness after receiving a gun wound in the process. For days, he was unable to leave her side as he hoped for her to awaken. When she finally woke up, Ri Jung Hyuk confessed his true feelings by saying, “I love you,” while sharing a tearful hug.

tvN’s “Crash Landing on You” will conclude with the final episodes on February 15 and 16.

Are you excited for the finale?