Cherry Bullet Talks About Making Comeback With 7 Members, Love From Their Senior Labelmates, And More

On February 11, Cherry Bullet held a showcase for their new single “Hands Up” at the Yes24 Live Hall.

“Hands Up” is a trap genre track that samples from Beethoven’s “Für Elise” and combines an addictive riff with 808 sound. The lyrics speak of enjoying the atmosphere without worrying what other people think about you. 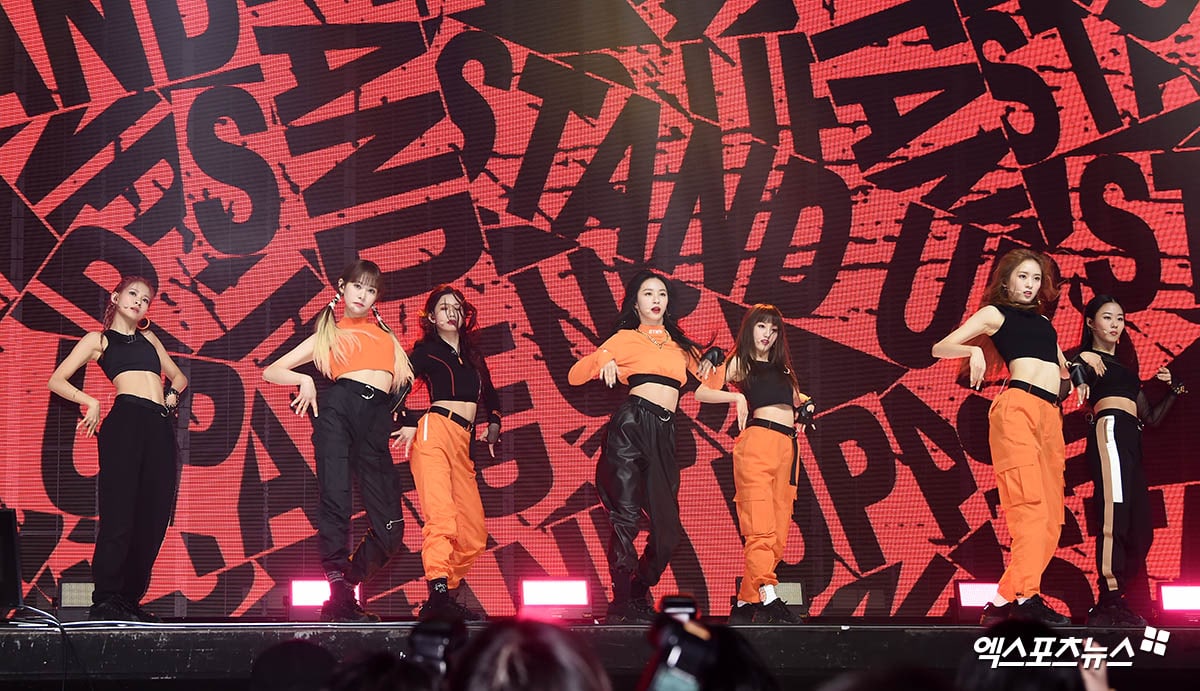 Yuju said, “We made a comeback after nine months. This is our first time performing with seven members, so I’m looking forward to it. Thank you to the fans who waited for us.”

Haeyoon said, “We’re a team that combines the lovableness of cherries and energy of bullets. Last year, we showcased our lovable side, so this year we’re prepared to show our energetic and talented sides.”

AOA’s Jimin, who is their senior labelmate at FNC Entertainment, participated in writing the lyrics for “Hands Up.” Yuju said, “She didn’t just write lyrics but she also participated in directing the recording for the rap parts.”

Jiwon added, “It wasn’t just this album. When we debuted, we gave her a CD and formally greeted her. She said that we should eat chicken feet together and invited us to go with her. We want to go as soon as possible.”

May also shared, “Jung Yong Hwa also sent us chicken and other food during our music video shoot. We were really grateful.” 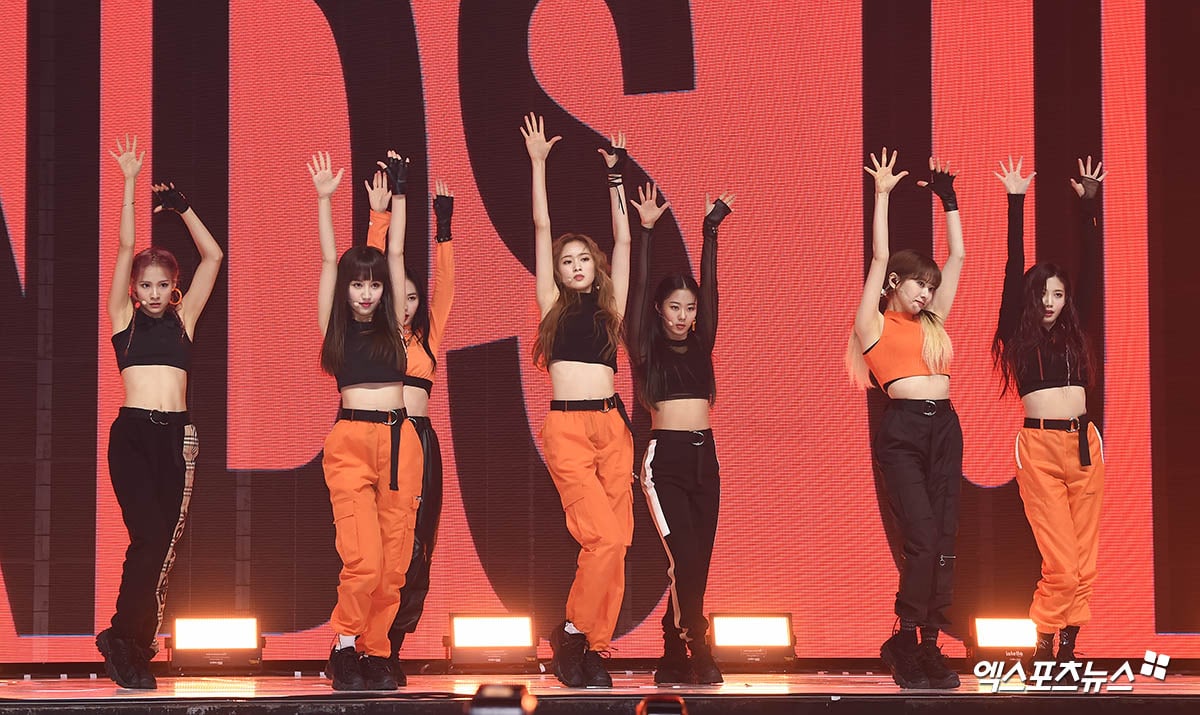 Cherry Bullet made their debut in January 2019 with “Q&A” and made a comeback in May with “Really Really.” In December, FNC Entertainment announced that Mirae, Kokoro, and Linlin had left the group. “Hands Up” is therefore Cherry Bullet’s first comeback with their new seven-member lineup.

The members addressed the new lineup and shared what they have changed since last year. Bora said, “This was a decision that occurred after discussions between the agency and the members. We feel deep regret for the fans who had to wait. We also have regrets because they were members that we were with for a long time.”

May added, “We were busy with the comeback preparations so we couldn’t contact each other. But we are all cheering each other on in the paths we have chosen.”

In talking about changes, Chaerin said, “We needed to beef up our choreography, so I increased my stamina by exercising. I think that really came to light during the 2020 Idol Star Athletics Championships.” She added later, “We don’t rest from beginning to end in this choreography. We have to perfect our own parts while also matching the overall formation.”

Bora said, “We didn’t just practice our own songs and dances but we did a lot of cover dances and practiced stage expressions.” She continued, “We wanted to show a changed Cherry Bullet in our music video. We are the developers for the Cherry Bullet OS and we wanted to show that we were actively updating.” 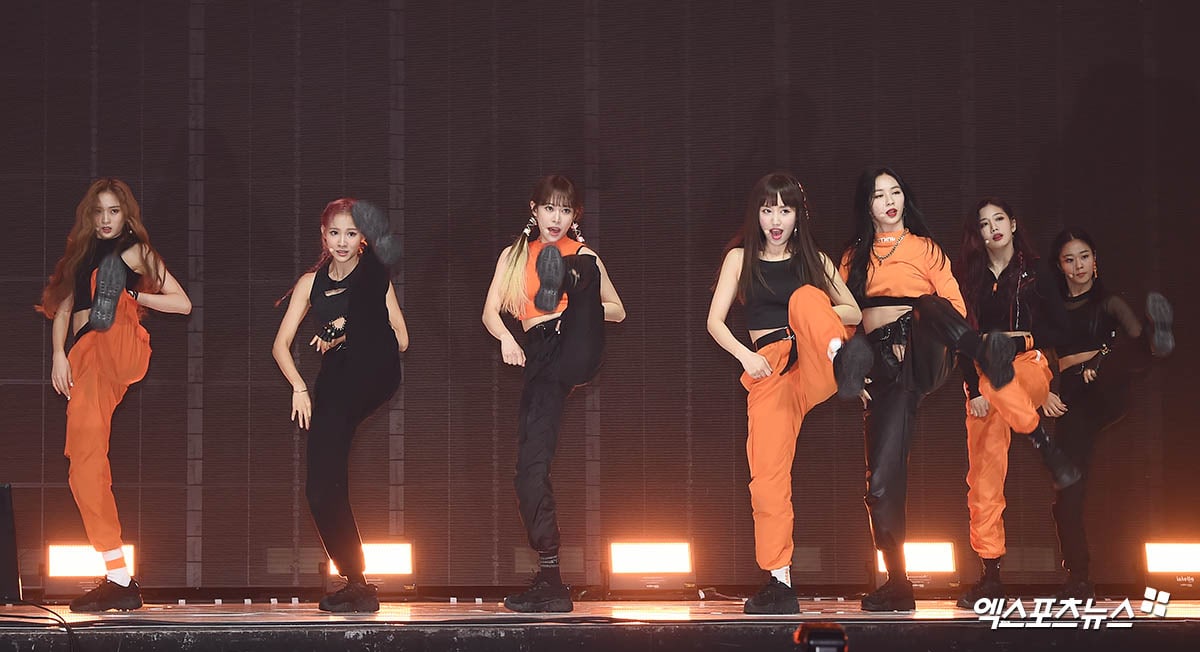 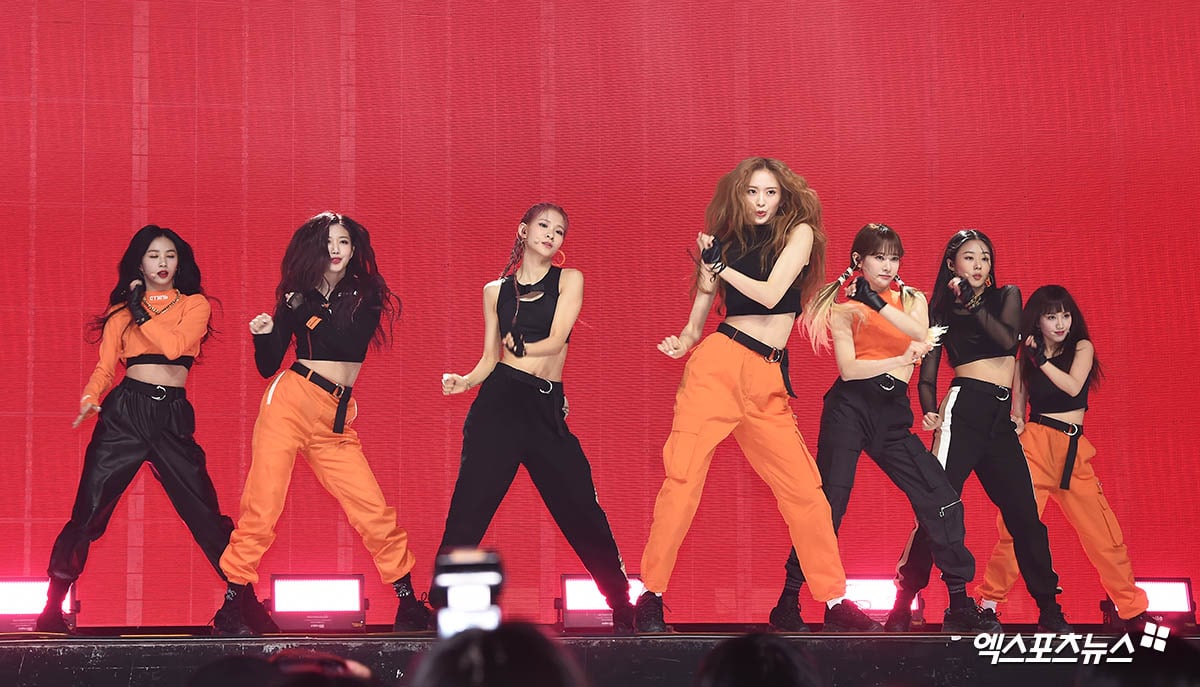 Check out Cherry Bullet’s MV for “Hands Up” here!

XPN
Cherry Bullet
How does this article make you feel?