Dashing Leads, Fairy Tale Storylines, And Passionate Chemistry: What To Watch After “Crash Landing On You”

We started the new year excited that half the series of “Crash Landing on You” still remained. But now that the drama is over, the weekends feel empty and forlorn. What are we to do without Ri Jung Hyuk (Hyun Bin) and his Yoon Se Ri (Son Ye Jin)? Not to mention the hilarious and fun-filled sidekicks.

If you’re like me and are looking for some other K-dramas to watch that will help ease the pain of there being no more “Crash Landing on You,” here’s a look at some other dramas and films to check out.

How will we ever move on from Hyun Bin’s role as Ri Jung Hyuk? He was pretty perfect in terms of male lead qualifications and it’ll be hard to move on from him. With that said, we’re lucky that he has a big repertoire of movies and K-dramas because it’ll help with the coping process. Here are a few that come strongly recommended!

(Pretty sure this GIF was in every feature I wrote about “Crash Landing on You,” but it’s a GIF that needs to be seen over and over again).

Everyone’s first encounter with Hyun Bin should be with his character Kang Jae Kyung in “A Millionaire’s First Love.” 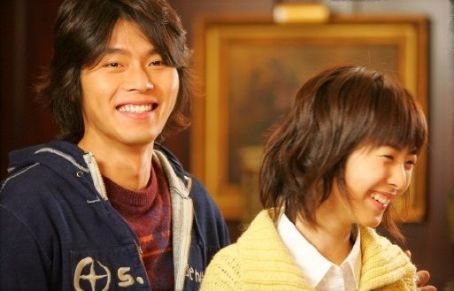 The hit movie tells the story of a high school millionaire by the name of Jae Kyung (Hyun Bin), who is about to inherit his grandfather’s fortune but must graduate from a school that is located in the countryside. As if this isn’t hard enough, he must also survive without a credit card or a car. His life takes a huge turn when he meets the innocent and adorable Choi Eun Hwan (Lee Yeon Hee). He not only learns about the value of life aside from wealth but also learns to love in the process. 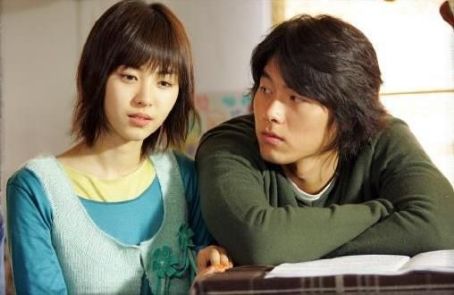 If you had a soft spot for Hyun Bin as Ri Jung Hyuk, you’ll love him as the millionaire-turned-softie in “A Millionaire’s First Love.” Jae Kyung is a character that could be anyone’s first love. It’ll be hard to get over all of the emotions that his character goes through in the movie. You’ll also love seeing a very youthful Hyun Bin giving it his all in a starring role. The feelings! 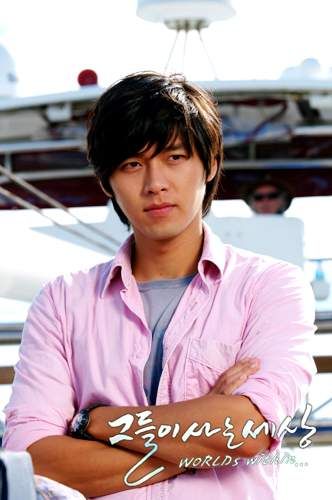 Hyun Bin has starred in some crazy successful K-dramas, but one that tends to be overlooked is “Worlds Within.” The series stars Hyun Bin as Jung Ji Oh, a producer who helps make K-dramas for a living. He has an on-and-off relationship with Joo Joon Young, played by Song Hye Kyo.

The drama focuses a lot on the rocky relationship between Joon Young and Ji Oh. What makes it so intriguing is their realistic portrayal of a relationship. There are misunderstandings, fights, jealousy, and heartbreak, which are all elements that make a great K-drama too! You’ll have the pleasure of not only seeing the intense chemistry between Song Hye Kyo and Hyun Bin, but you’ll also get to see Hyun Bin’s chiseled jawline for a whole 16 episodes. Winning! 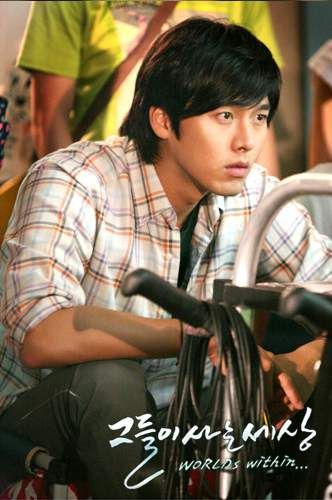 Catch the first episode of “Worlds Within”:

Other recommendations: “Secret Garden” and “My Lovely Sam Soon“

Son Ye Jin was such a natural in playing Yoon Se Ri. What made this drama so much more enjoyable to watch was the fact that she was believable as a character and that her acting was so effortless! Son Ye Jin has been around in the industry for quite some time now and if you haven’t seen her in many movies or dramas before, here are a few that should be on your watch list.

One of the best traits of Son Ye Jin is that she’s so versatile as an actress. She’s been amazing as a melo-actress and is also quite the entertainer when it comes to comedic roles, so her portrayal as Park Gae In in the rom-com “Personal Taste” is worth the mention. Son Ye Jin also tends to pick movies more often than K-dramas, so whenever she stars in one, you know it will be good! 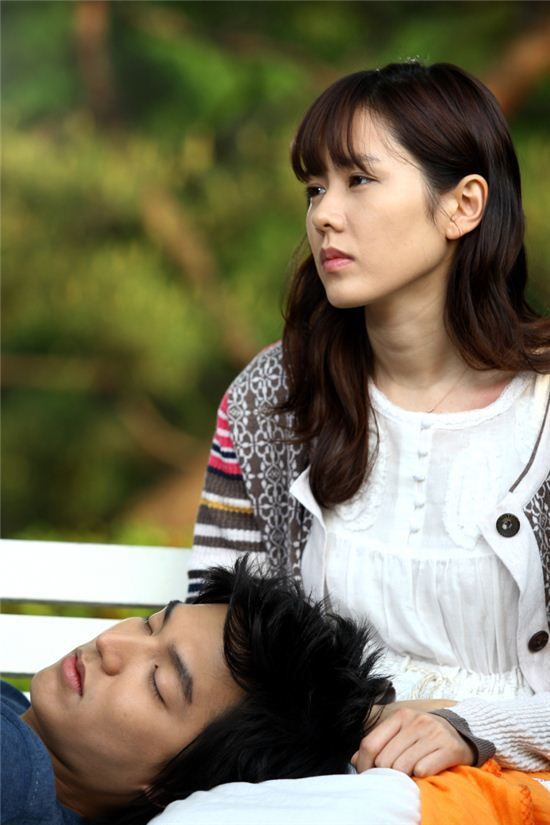 In “Personal Taste,” Son Ye Jin plays a furniture designer who is more on the clumsy side but has a good heart. She ends up living with Jeon Jin Ho (Lee Min Ho), who is an architect and also someone Gae In initially thinks is gay. The two have a love/hate relationship that develops more into love. You’ll thoroughly enjoy seeing Son Ye Jin in a comedic role while also seeing her chemistry with her co-star Lee Min Ho. They’re too cute! 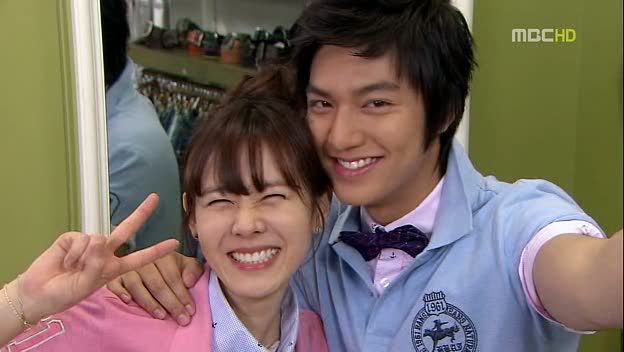 It’s hard to mention Son Ye Jin without mentioning her role as Ji Hye and Joo Hee in “The Classic.” The movie follows the love story of both the mother, Joo Hee, and the daughter, Ji Hye. The main focus of the story is on the mother and her love story with Jun Ho (Cho Seung Woo) when she was in high school. She was arranged to marry Jun Ho’s best friend Tae Soo (Lee Ki Woo), but Tae Soo finds out that the two are in love and he tries his best to set them up. 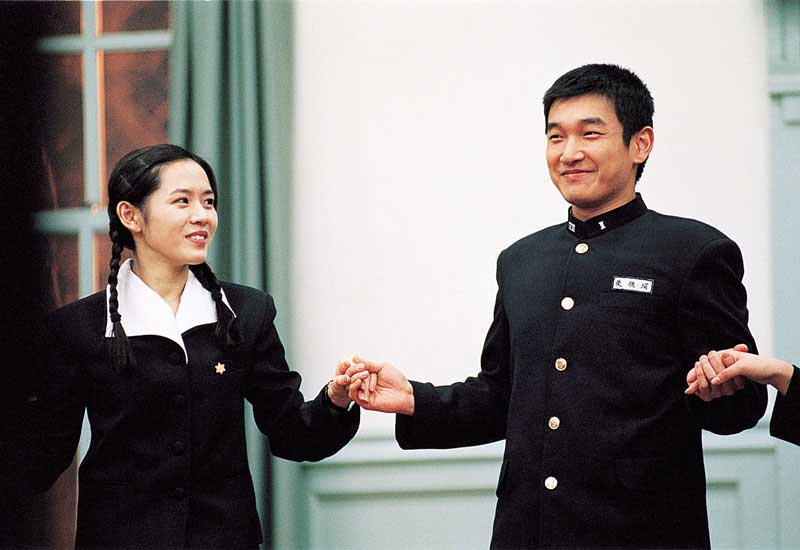 The film has so many twists and turns that it’s bound to put you on a rollercoaster of emotions. There’s so much heartbreak involved with the love story that it makes it impossible to forget this film. Both Ji Hye and Joo Hee are characters you will instantly fall in love with and Son Ye Jin does such an incredible job playing them. Although they are similar, they are also very different and that’s just a testament to the acting skills of Son Ye Jin. 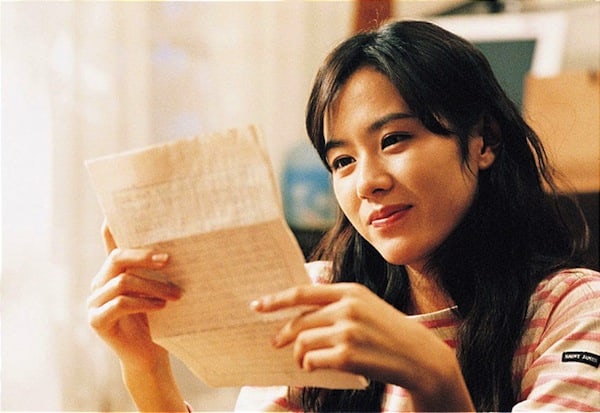 “A Moment to Remember”

Another unforgettable movie that definitely has to be mentioned is “A Moment to Remember.” Son Ye Jin stars as Su Jin, who ends up in an intense and serious relationship with Cheol Su, played by Jung Woo Sung. The two have an adventurous and romantic relationship which results in them getting married. Despite their happy marriage, Su Jin learns that she has an illness that will test their love and relationship. 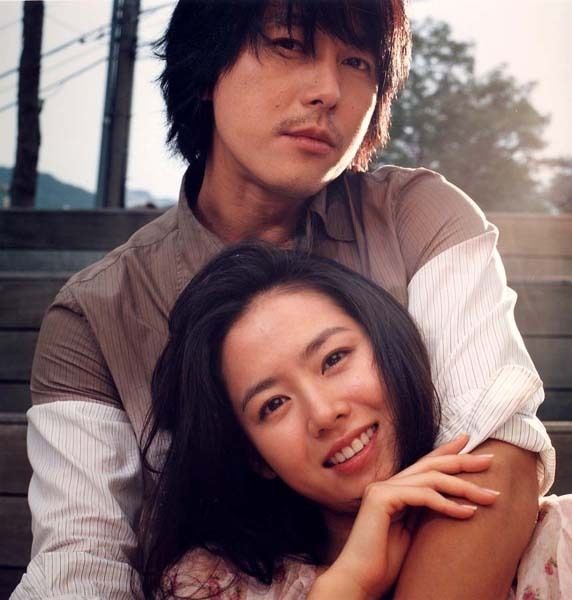 If you are a fan of Son Ye Jin, this movie is a must-watch. You can’t help but feel for her character and the journey that she goes through will have you so invested. It’s one of her most memorable roles and the movie is bound to have you in a puddle of tears by the end of it. 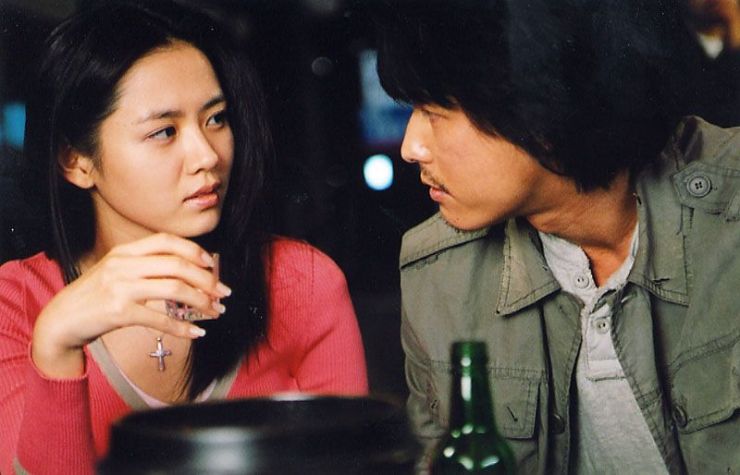 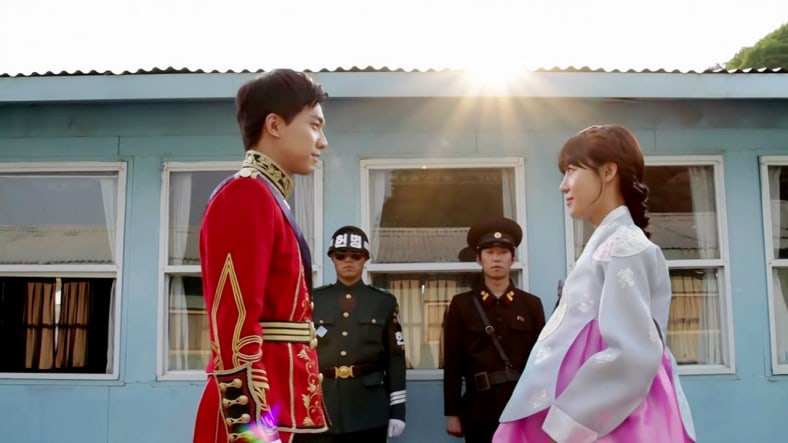 There really aren’t that many K-dramas out there involving love stories with people from North Korea, but one that definitely comes to mind is “The King 2 Hearts.” Starring Lee Seung Gi as Prince Jae Ha and Ha Ji Won as a North Korean special forces agent by the name of Kim Hang Ah, the drama tells the story of how the two find themselves falling in love with each other.

It’s an unconventional story and plays like a true fairy tale. The drama’s got great elements of suspense, action, and of course, a romance that will have you totally invested in Hang Ah and Jae Ha’s relationship. If you haven’t already watched this one, you’ll definitely love it!

Catch the first episode of “The King 2 Hearts”:

Park Ji Eun has been in the industry long enough to have gained a very esteemed reputation. She’s the mastermind who wrote the international hit series “My Love From the Star” and has since continued her streak of mega-successful scripts. 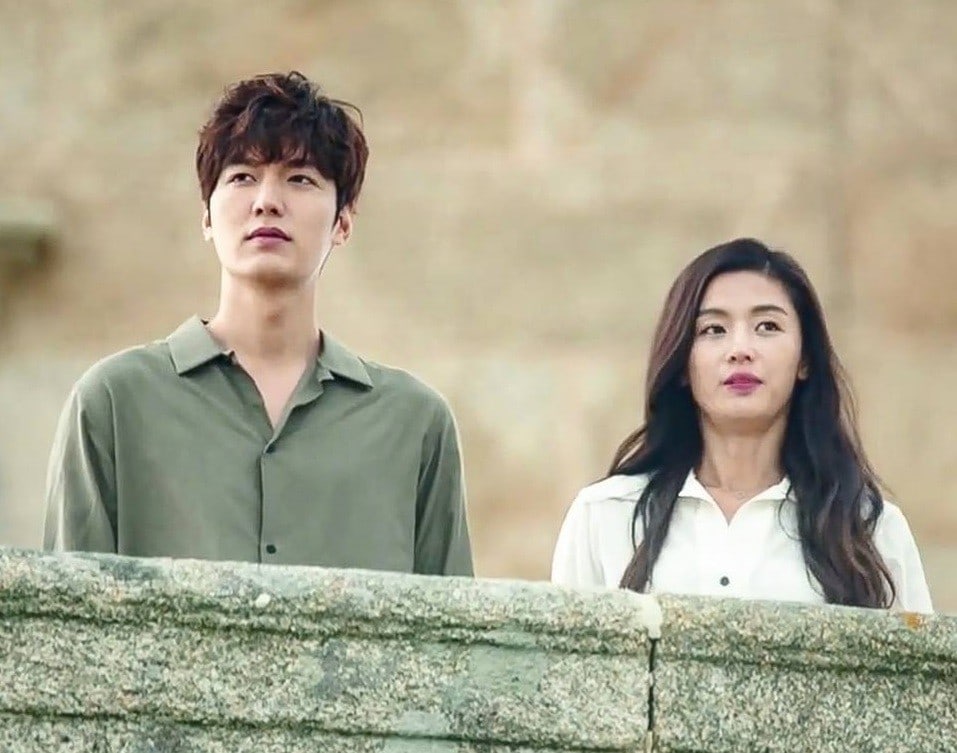 The script is also truly unique. It involves a mermaid by the name of Shim Cheong (Jun Ji Hyun), who becomes a human and meets Heo Joon Jae (Lee Min Ho). The two have a special relationship that spans all the way back in history, but in the modern world, they end up forming an unlikely bond that turns into some strong feelings.

If you’re a fan of Park Ji Eun’s writing and have taken a strong liking to her story and style from “Crash Landing on You,” then this series is worth the watch. It’s got all the classic elements of Park Ji Eun and she doesn’t disappoint with this drama. Park Ji Eun adds a lot of history to the story and characters. There’s also a lot of layers and if you’re into sageuks, this series has that aspect covered too.

Before “Crash Landing on You” was in the works, Hyun Bin and Son Ye Jin had starred in a movie together. Although the two were hardly ever “together” in the movie, it’s the best we can do to help us get through major Son Ye Jin/Hyun Bin withdrawal.

In “The Negotiation,” Son Ye Jin plays a negotiator named Ha Chae Yoon. Hyun Bin plays Min Tae Gu, a weapons smuggler who Chae Yoon must negotiate with in order to release hostages. She has 12 hours to do so and her calm and cool demeanor is put to the test. 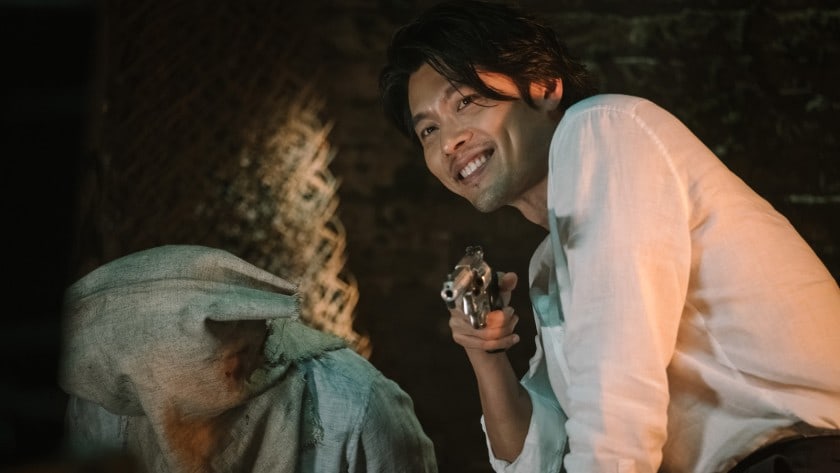 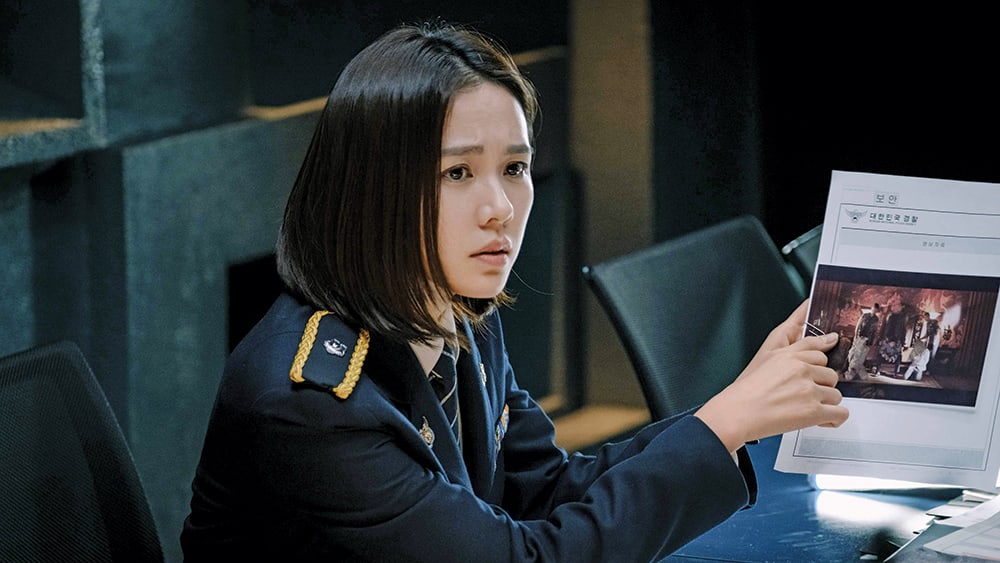 And again, although they aren’t on screen together, it’s still worth the watch seeing these two actors do what they do best. And until their next appearance together, whether it be in a K-drama, movie, or in real life (shipping), this will have to do!

Hey Soompiers, which of these K-dramas or films is next on your list? Let me know in the comments below!

Currently watching: “Itaewon Class”
All-time favorite dramas: “Secret Garden,” “Goblin,” “Because This Is My First Life,” “Star In My Heart”
Looking forward to: Won Bin‘s return to the small screen

Hyun Bin
Soompi Spotlight
A Moment to Remember
A Millionaire's First Love
Personal Taste
Son Ye Jin
The Classic
The King 2 Hearts
Worlds Within
The Legend of the Blue Sea
The Negotiation
Crash Landing On You
How does this article make you feel?