Good Data Corporation has shared its weekly rankings of the most popular dramas and cast members who have generated the most buzz over the past week!

The company analyzed news articles, blog posts and online communities, videos, and social media from February 3 to 9 for 24 dramas that are currently airing or are set to air, and they revealed the results on February 10.

In first place for the fourth week in a row as the most buzzworthy drama was tvN’s “Crash Landing on You,” while the show’s leads Son Ye Jin and Hyun Bin take No. 1 and No. 2 respectively on the list of most buzzworthy actors for the ninth week.

SBS’s “Stove League” comes in second on the list of most buzzworthy dramas, followed by JTBC’s “Itaewon Class” and SBS’s “Dr. Romantic 2.” 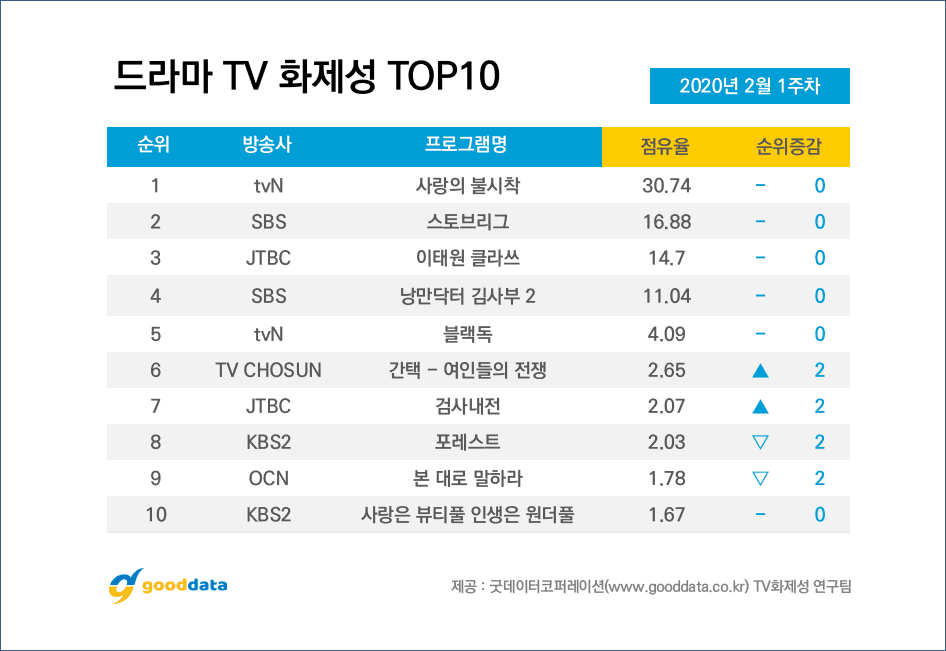 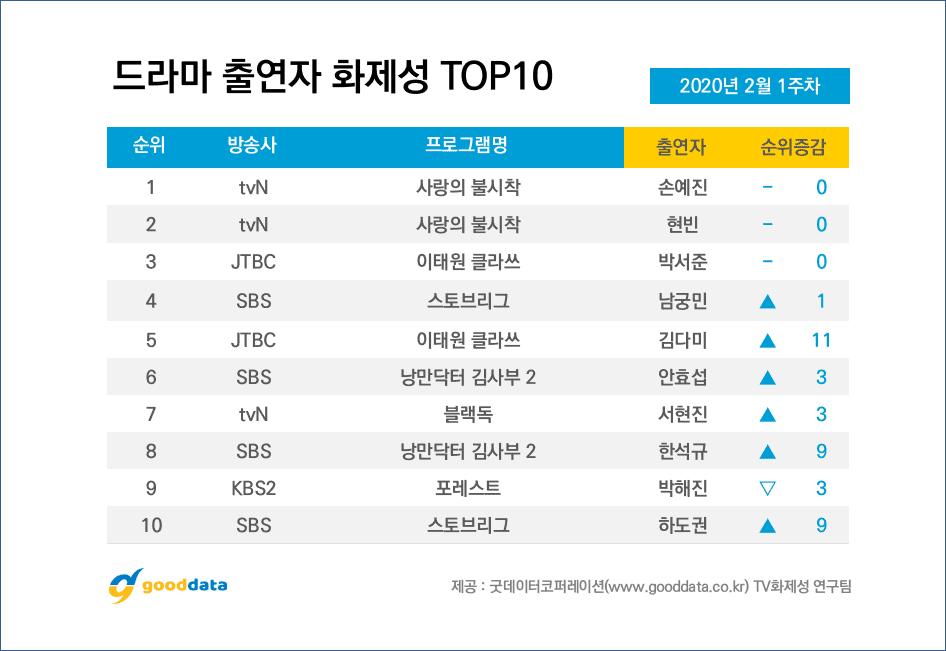