On the February 12 episode of “Mr. House Husband,” Minhwan shared that he wanted to hold an event for his fans before he entered the military. Minhwan will be enlisting on February 24 and serving as a full-time member of the reserve forces.

At the mini fan meeting, he mentioned that there wasn’t long until his enlistment, and he looked back on the year he’s had. “So much happened for me last year,” he said. “After working hard last year, we even received awards.” In December, Minhwan and Yulhee received the Variety Show Family of the Year at the Consumer’s Day awards and Minhwan won a Hot Issue Entertainer award at the 2019 KBS Entertainment Awards.

The MC brought up the Minhwan’s twins as more good news from the past year. Minhwan said, “To be honest, when I first told my fans about Jaeyul, I was very scared and worried about what to do. Then when I shared the news about the twins this time, I received so much support and so many blessings that I wondered if it was even okay for me to feel this happy, so I was grateful.” 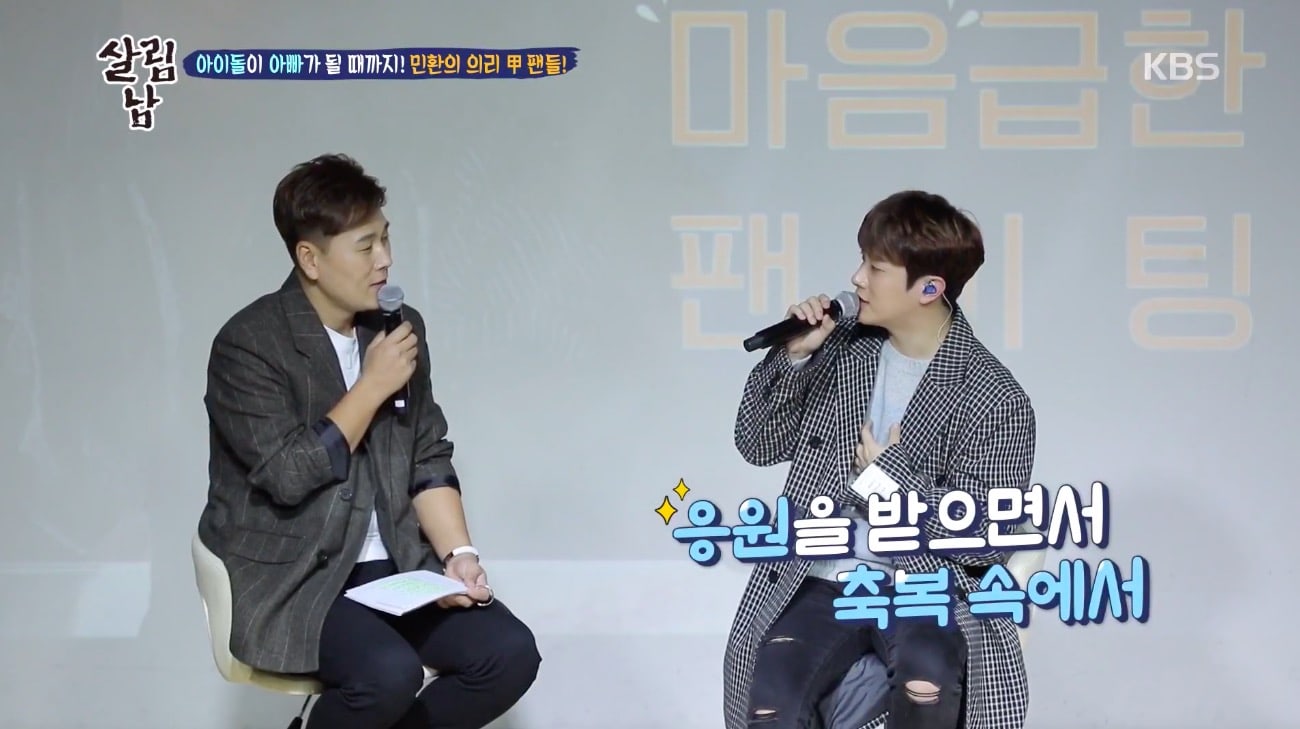 When fans asked what the names of his twins would be, he shared, “The first daughter is Ah Yoon and the second is Ah Rin. I came up with one name and Yulhee came up with the other.”

Minhwan also shared a sweet video with his fans of his son Jaeyul!

Minhwan and Yulhee’s daughters were born on February 11.