Gaon Chart has revealed its chart rankings for the week of February 2 to 8!

New releases dominated this week’s physical album chart: GFRIEND’s latest mini album “Labyrinth” entered the chart at No. 1, LOONA’s “#” at No. 2, iKON’s “i DECIDE” at No. 3, and EVERGLOW’s “Reminiscence” at No. 4. Finally, SF9’s “First Collection” rounded out the top five for the week. 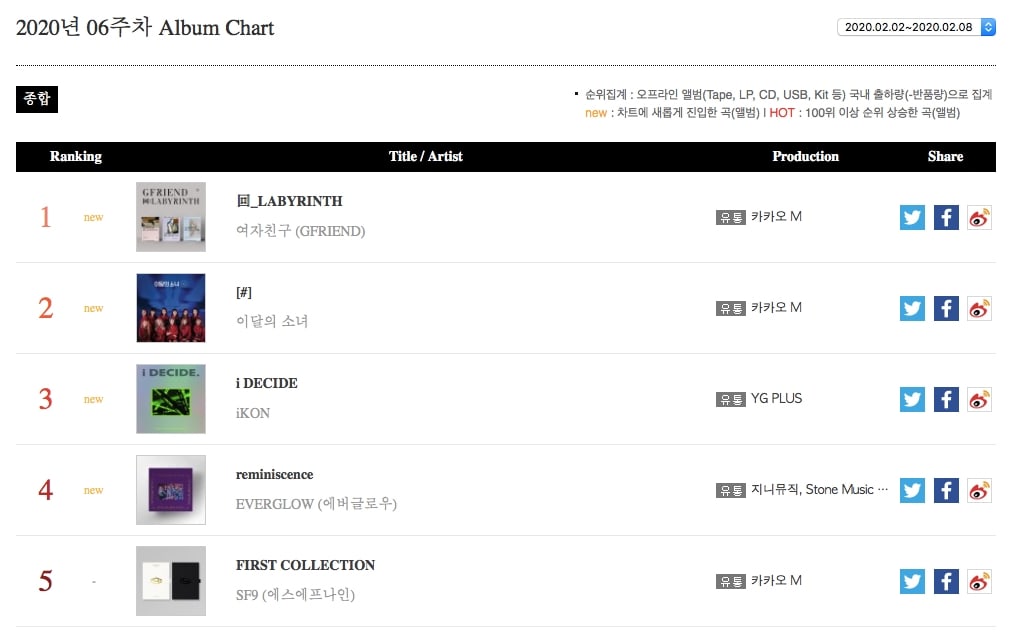 The top five songs on the overall digital chart and the streaming chart were exactly the same this week: Block B’s Zico’s “Any Song” spent its fourth consecutive week at No. 1 on both charts, while Changmo’s “METEOR” and Red Velvet’s “Psycho” stayed strong at No. 2 and No. 3 respectively. IU’s “Blueming” similarly maintained its position at No. 4 on both charts, and Baek Yerin’s “Here I Am Again” (from the OST of “Crash Landing on You”) held onto its spot at No. 5. 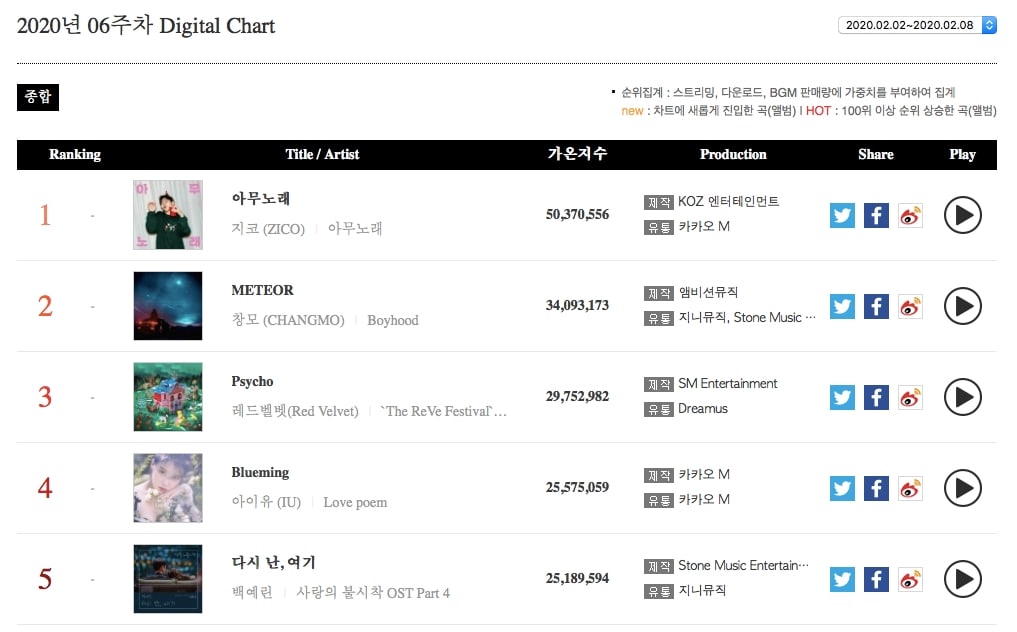 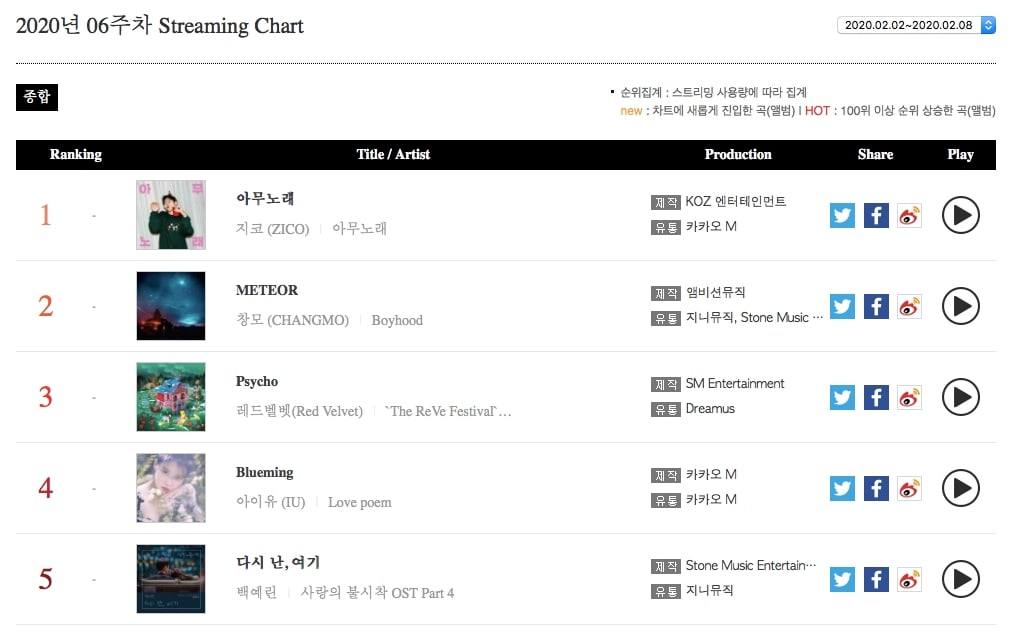 SECHSKIES’s “ALL FOR YOU” topped the digital download chart for the second week in a row, while Kim Jae Hwan’s new digital single “Goodbye” made its debut at No. 2. Zico’s “Any Song” charted at No. 3, followed by GFRIEND’s new title track “Crossroads” at No. 4 and Red Velvet’s “Psycho” at No. 5. 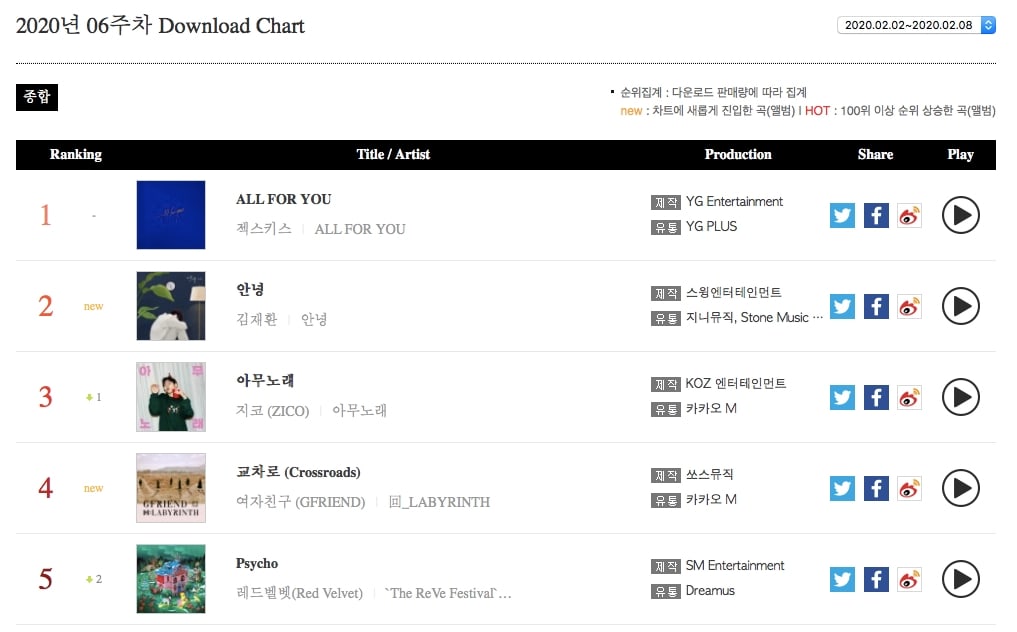 BTS remained No. 1 on Gaon’s Social Chart 2.0 again this week, while BLACKPINK similarly maintained their position at No. 2. EVERGLOW shot up an impressive 29 spots in the rankings to claim No. 3 on this week’s chart, with SECHSKIES and Red Velvet rounding out the top five at No. 4 and No. 5 respectively. 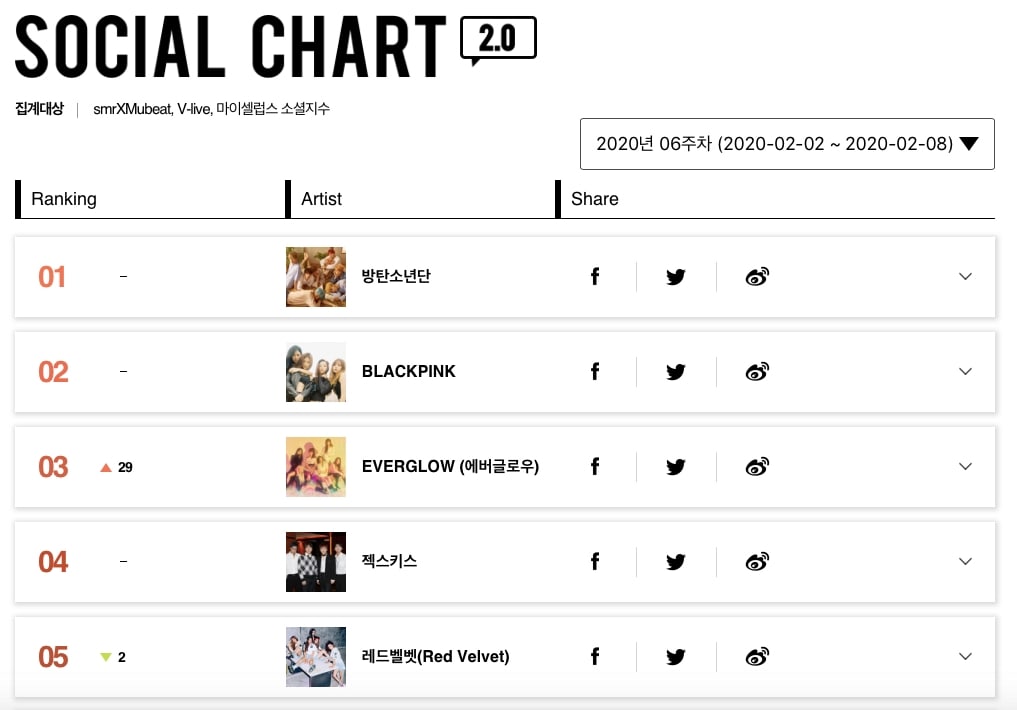