Watch: ONE, Kang Han Na, Kim Ji Suk, And Yoo In Young Come Up With The Perfect Kiss Scene On New Variety Show

Upcoming variety show “Shall We Write Love? The Romance” (henceforth “The Romance”) has released new teasers!

“The Romance” follows Kim Ji Suk, Yoo In Young, Kang Han Na, and ONE as they make their debut as romance web drama writers. 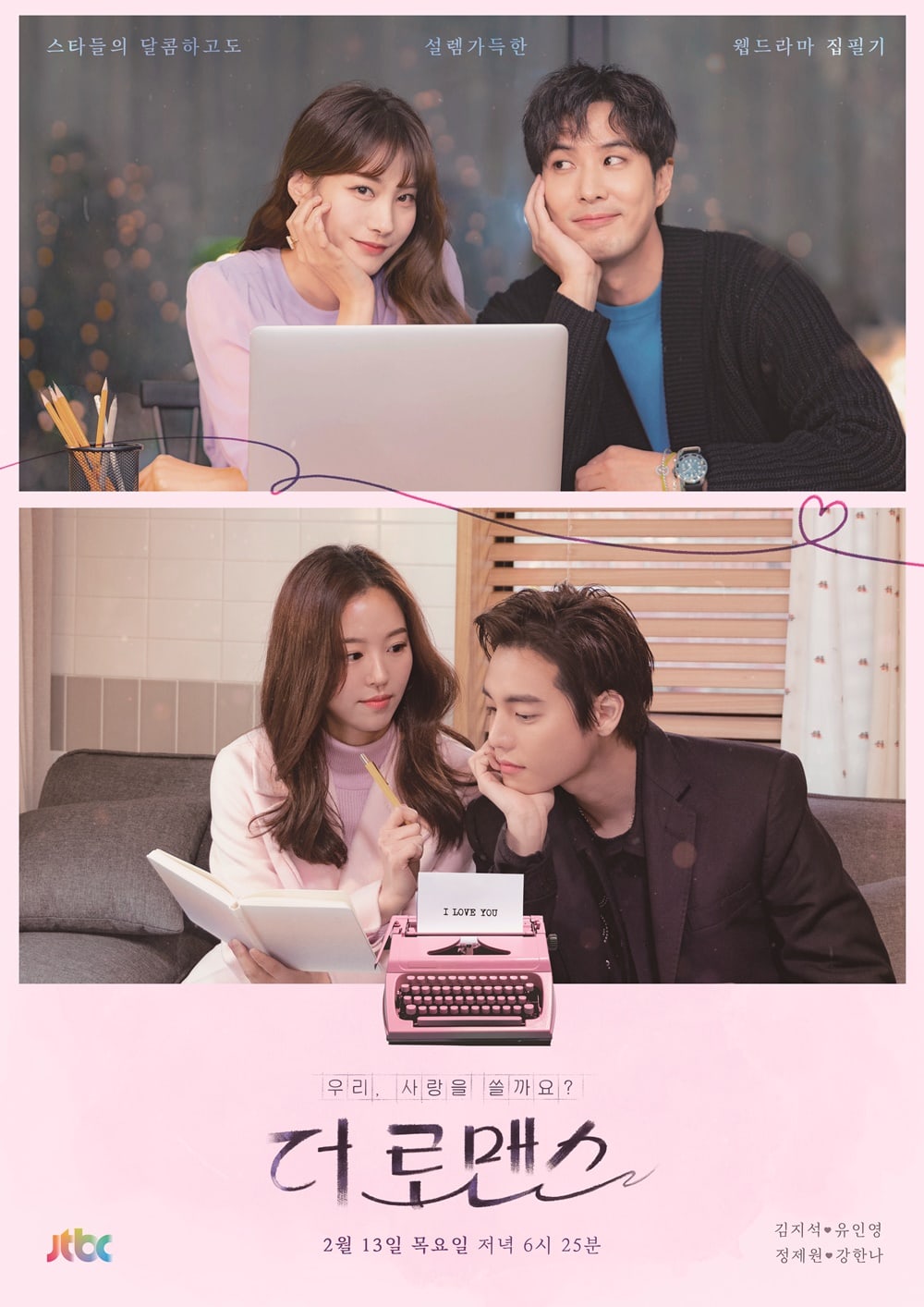 Before the show’s premiere, the stars shared their thoughts on the variety program. Kim Ji Suk said, “It was exciting. It’s a job I’ve always wanted to try at least once as an actor. When I first received the offer, I thought, ‘I want to write a scenario with Yoo In Young.’ While reminiscing of the times we’ve spent together until now, a lot of memories I had forgotten resurfaced.”

Yoo In Young also shared, “I was thankful for Kim Ji Suk for making the offer. It made me think of the past as well,” explaining that she felt as if she was organizing her memories while reminiscing about their 14 years’ worth of memories together. As actors who have been friends for 14 years, Kim Ji Suk and Yoo In Young will write a solid scenario using their experience working on numerous projects.

On the other hand, Kang Han Na and ONE will showcase the excitement, anticipation, and nervousness that comes with working with a completely new person on a project.

Kang Han Na shared, “I felt pressured by the fact that we have to write. A part of me is excited and looking forward to it, but another part of me vaguely fears whether I can write this.” She added that although she was nervous to be working with an unknown partner and was initially curious about who she would be working with, her anticipation was greater than her fears.

Finally, ONE said, “When I heard that we would be working on the scenario together and that it would actually be produced into a web drama, the first thought I had was, ‘This will be fun. It should be fine to try.'”

In the teaser with Kang Han Na and ONE, the two discuss what would be the best way for the man to to hold the woman’s cheeks while kissing, making strange suggestions in the process. ONE suggests that after the kiss, the character will start to develop feelings for the other. When Kang Han Na asks why, ONE argues, “Because they kissed! Because she took away his lips!”