The rankings were determined through an analysis of the consumer participation, media coverage, communication, and community awareness indexes of 598 boy group members, using big data collected from January 13 to February 14.

ASTRO’s Cha Eun Woo rose to second place on the list this month with a brand reputation index of 6,837,239, marking a 18.28 percent increase in his score since January.

BIGBANG’s G-Dragon took third place for February, enjoying a 26.49 percent rise in his brand reputation index for a total score of 5,305,890. 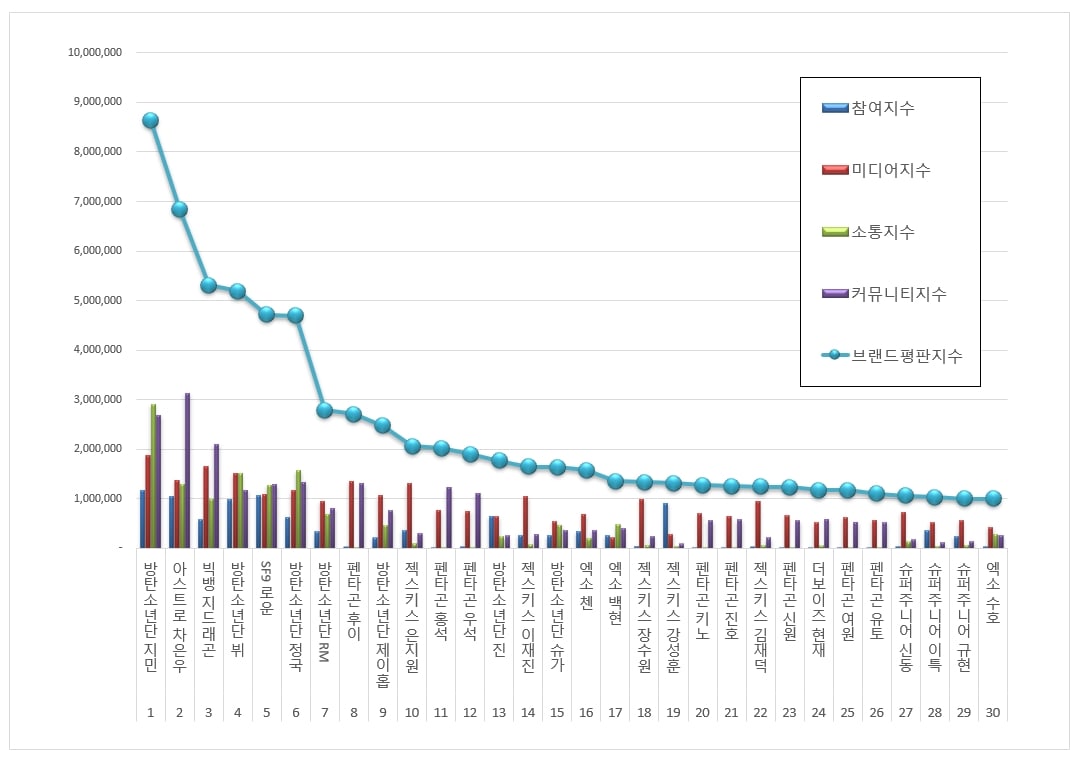