tvN’s “Crash Landing on You” has shared a sneak peek of an emotional moment from its upcoming episode!

Previously on “Crash Landing on You,” Yoon Se Ri (played by Son Ye Jin) proved her love for Ri Jung Hyuk (played by Hyun Bin) by throwing herself into the line of fire to save his life. After falling into a coma, she eventually regained consciousness, and the star-crossed lovers shared a tearful reunion.

The latest episode of the drama then ended on a suspenseful cliffhanger: while chasing Jo Chul Kang (played by Oh Man Seok), Ri Jung Hyuk found himself surrounded with nowhere to go.

On February 15, “Crash Landing on You” revealed a glimpse of its penultimate episode, in which Ri Jung Hyuk and Yoon Se Ri will share a tense meeting. In contrast to their usual affectionate behavior towards one another, the couple looks distraught as they stare at each other across a table.

Both Ri Jung Hyuk and Yoon Se Ri have tears brimming in their eyes, and Ri Jung Hyuk seems to have steeled his expression into an unreadable mask as he says something serious to the forlorn Yoon Se Ri. 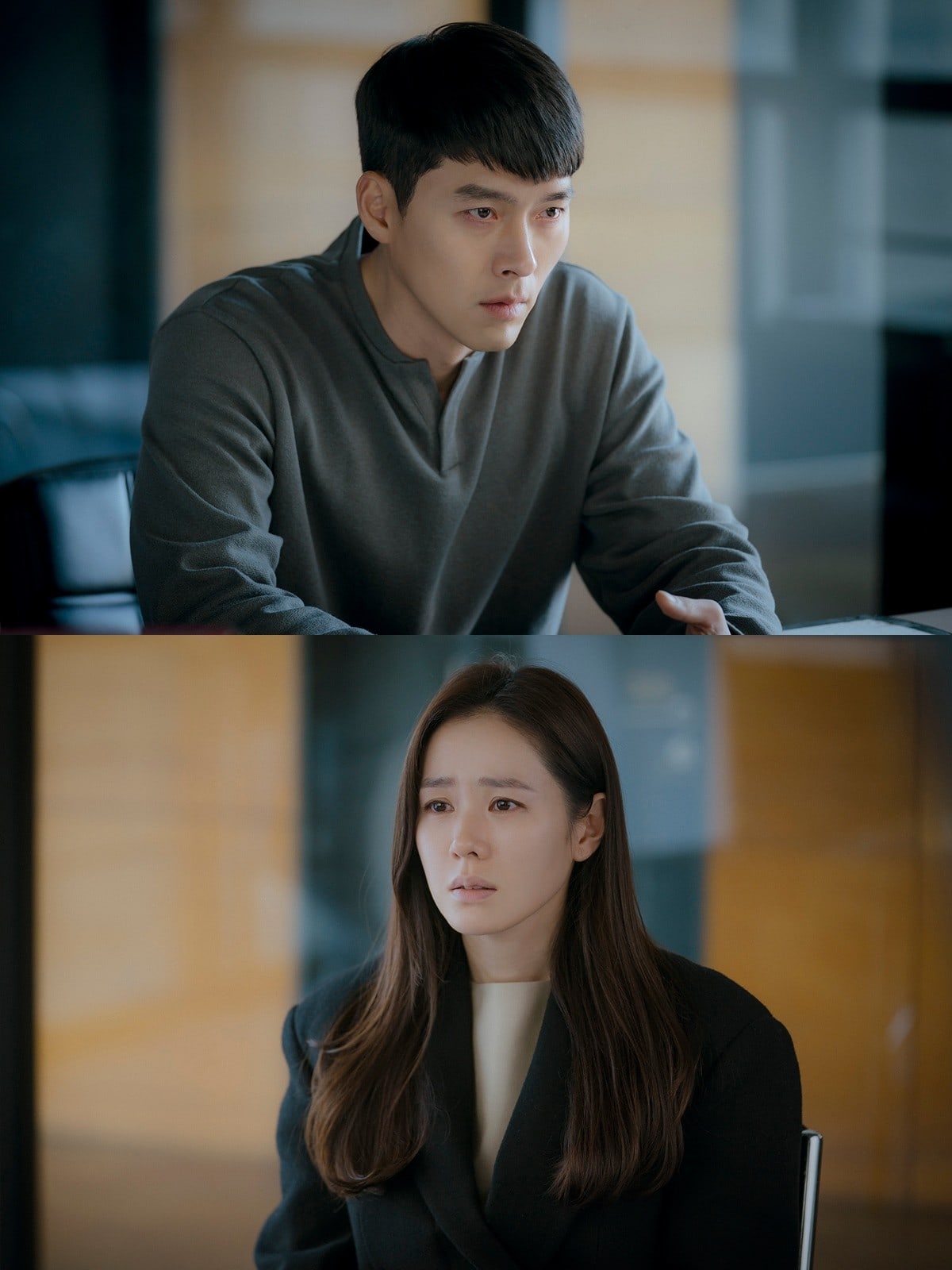