The February 15 episode of MBC’s “Music Core” had GFRIEND’s “Crossroads” up against Block B’s Zico’s “Any Song” and Changmo’s “Meteor.” Changmo came in third place with 4,280 points and GFRIEND came in second place with 5,599 points.

Zico took home the win with a score of 6,900 points, making this his 8th win for “Any Song” and a triple crown win as he has now won three times on the same music show with the same song. 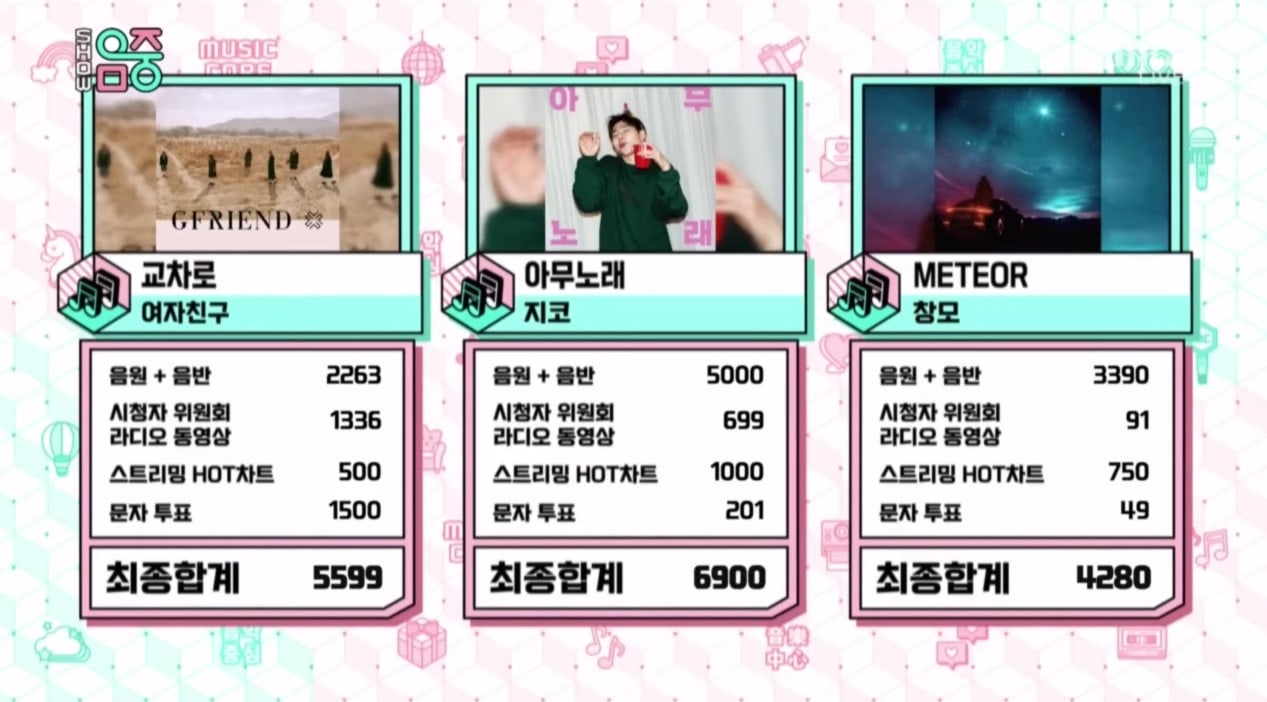 Kangnam Koonzo – “U Got Daddy”