On the February 15 episode of MBC’s “How Do You Play?”, Yoo Jae Suk took a reward vacation with his good friends Ji Suk Jin, Lee Kwang Soo, and Jo Se Ho.

All three friends showed up believing they were going on a one-on-one vacation with Yoo Jae Suk, leading the producers to hilariously reveal that they had asked all three of them if they were available at the same time.

Ji Suk Jin shared, “This is the power of this program. The viewership ratings hit double-digits.” He jokingly added, “That’s why I came on the show.” When he saw that Lee Kwang Soo would be going on the trip as well, he hilariously commented, “What is this? Is this ‘Running Man?'”

Yoo Jae Suk explained, “I don’t have a lot of people I’m close to.” He shared that he was also good friends with Yoo Hee Yeol and Lee Juck, leading Jo Se Ho to joke, “We’re just pushovers. [Yoo Jae Suk] likes people who have less knowledge than him.” 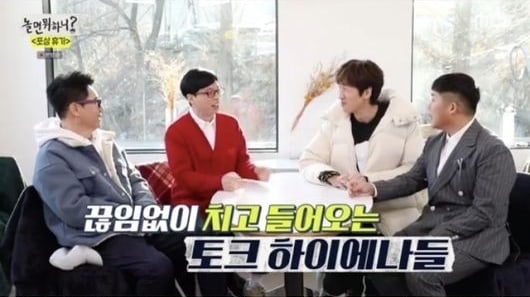 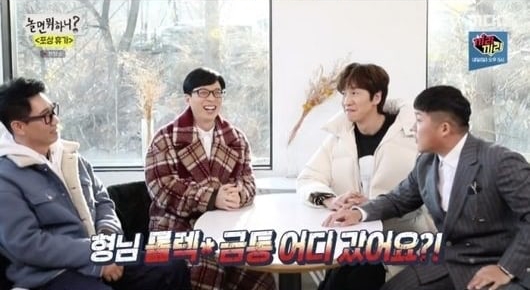 Ji Suk Jin also elaborated on his relationship with Yoo Jae Suk, saying they’ve been friends since 1991. He explained, “With Yoo Jae Suk, we can just sit there and do nothing yet not be bored. Back when he wasn’t famous, we once went to Busan on a trip. It was 30 years ago, but we paid about 5,000 won (approximately $4.20) to stay at an inn.”

Lee Kwang Soo and Jo Se Ho shared their own stories of their friendship with Yoo Jae Suk as well. Lee Kwang Soo first recalled, “I had just debuted through a sitcom. It was 10 years ago. We met in a bathroom, and he was the first celebrity to speak to me informally.” Meanwhile, Jo Se Ho explained, “We became close while appearing together on ‘Come to Play.’ We talk on the phone at least three times a week.”

Ji Suk Jin continued to show how close he was to Yoo Jae Suk, asking him, “Isn’t it hard to live as Yoo Jae Suk? It means you receive attention from everyone, and if I think about it, it seems like it would be so hard.” Yoo Jae Suk responded with a question of his own, jokingly asking, “Why did you start making Tik Toks?” Ji Suk Jin awkwardly answered, “I do all types of social media.” 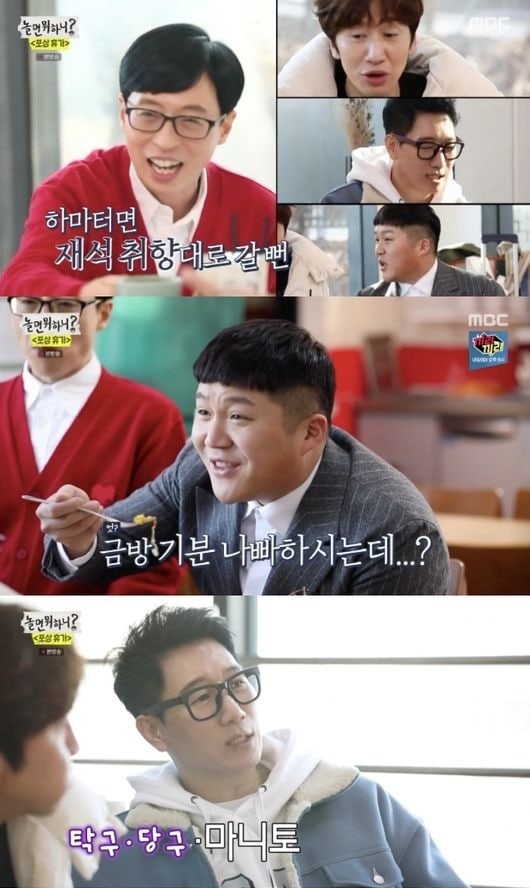 After grabbing a meal together, the group went shopping and visited a book cafe. Ji Suk Jin shared, “This is the first time in my life that I’ve ever come to one of these. This is a vacation…” Jo Se Ho and Lee Kwang Soo agreed, saying, “It’s okay to come on a regular day, but on a vacation?” complaining that their interests don’t align with Yoo Jae Suk’s.

Yoo Jae Suk returned after buying humanities books and sharing them with his friends. He suggested they begin reading them and then engaging in discussion, adding, “Since it’s our first discussion, let’s start with self-introductions.”

Ji Suk Jin began, “My life goal is happiness. I’m moving forward for my beloved wife, my child, and my happiness.” Lee Kwang Soo shared, “I’m not a comedian, but I’m on a weekend variety show.” Jo Se Ho remarked, “My profession is sharing laughter.” Yoo Jae Suk hilariously replied, “Considering you’re a professional, you seem a bit lacking [in the laughter department].” Jo Se Ho snapped back, “I make enough to eat.”

After their reading session, the four moved to an escape room for a more dynamic activity. Except for Jo Se Ho, the three remaining members revealed it was their first attempt at an escape room. Although they ultimately ran out of time, the members celebrated as if they had won the game as they finally got their handcuffs off. 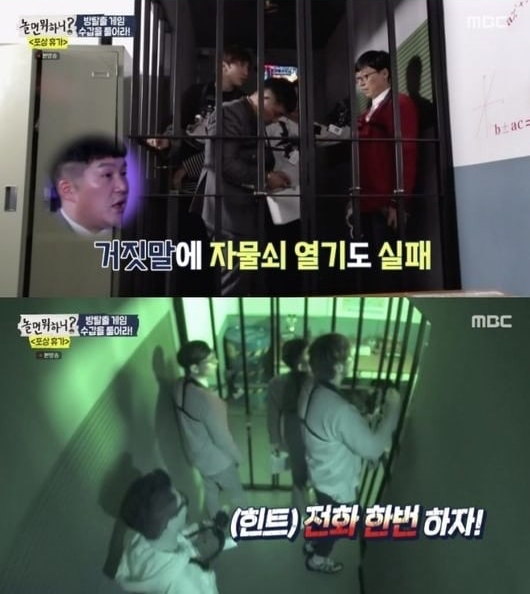 Lee Kwang Soo
Yoo Jae Suk
Jo Se Ho
Ji Suk Jin
How Do You Play?
How does this article make you feel?