Thanks to their intensive choreographies, K-pop stages are notoriously entertaining to watch. But being a good performer is about more than just dancing or singing well, and the most captivating performers to watch are the ones who can engage in a kind of storytelling through their facial expressions. These talented idols bring a range of emotion and charisma to every single moment of their performances, even when they’re in the background. They can switch from stone-cold sexy to playful to cute in the blink of an eye, and can even make you notice parts of your favorite hits in a new light, or leave you with fresh interpretations of songs. It takes incredible talent and versatility to be able to perform at such a high level, but these 14 idols consistently take our breath away with their facial expressions!

First up, if there’s anyone who was born for the stage, it’s BIGBANG leader G-Dragon. While best known for his sexy and edgy image and killer, fierce expressions to match, the king of K-pop can easily switch things up to do quirkier concepts or show his softer side, like in BIGBANG’s laidback “We Like To Party”:

Sunmi is the queen of duality, going from sugary sweet in one moment to dead sexy in the next. Her facial expressions are essential to the point dances of her famous choreographies, and her expressive performances are part of why she has quickly become royalty in the K-pop world! 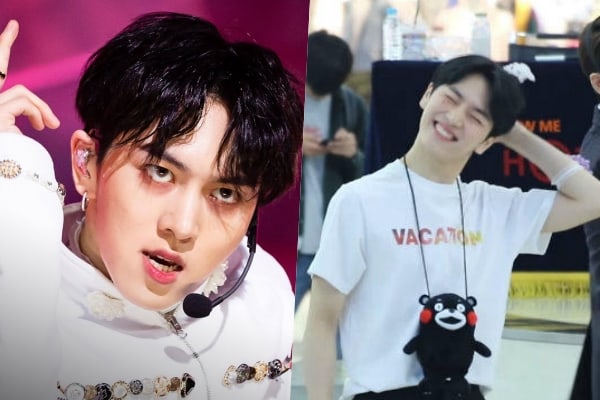 Kino went viral for being adorably enthusiastic in this 2018 performance of PENTAGON’s hit “Shine,” and it’s easy to see why: he’s a natural on stage, and he effortlessly uses his facial expressions to embody cute concepts just as easily as sexy ones, like the group’s latest, edgier release “Dr. BeBe.” 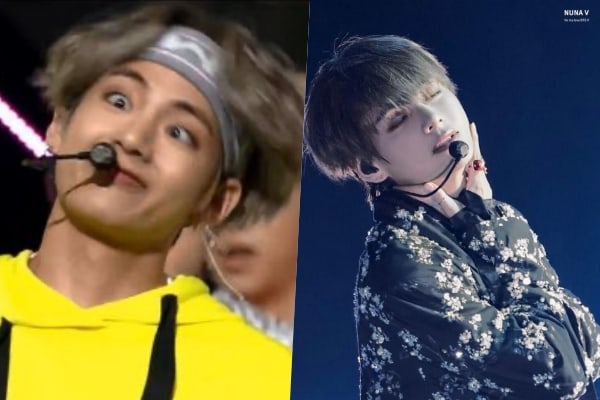 Known for having one of the most expressive faces in K-pop, V performs at 100 percent the entire time he’s on stage. His expressions range from sultry to flirty to downright dorky and hilarious, sometimes all in the same performance! Watch him in action in “21st Century Girls”:

Hyolyn is not only a vocal queen but also a performance rockstar. This K-pop diva is best known for her sexy and flirty concepts, and she has mastered the art of the smize. Underrated, however, are her more serious sides — as this one-take video for “You Know Better” attests to. Hyolyn gorgeously expresses her deepest, rawest emotions not only with her vocals but also with her face!

You would never know that ATEEZ is still a rookie group, considering what talented performers they are, and this is especially true of their leader. Hongjoong manages to bring nuance and levity to even ATEEZ’s heaviest songs with his facial expressions, and on their more playful songs, well, you’ll have to see for yourself:

HyunA is best known for her onstage sexiness, and she’s also the reigning K-pop stank eye champion. Both as a former 4Minute member and as a solo artist, HyunA has brought savage concepts to a whole new level with her fierce facials — but she’s also delved into softer concepts in recent years, and can bring just as much subtle flirtation as she can sexiness!

Hyunjin’s expressions tend towards the flirty side, but we’re just amazed that he manages to emote so engagingly while nailing Stray Kids’s tough choreographies. He’s either intensely absorbed in their more serious tracks, or genuinely looks like he’s having a ton of fun the entire time he’s on stage, like in the performance of “My Pace” below — and it’s hard not to smile when watching that! 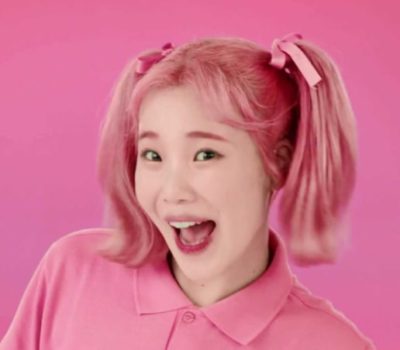 JooE is well-loved for her infectious smile and boundless energy, which sometimes makes it hard to even see her face on stage since she’s moving so fast! But her expressiveness brings extra fun to all of MOMOLAND’s performances, and her enthusiasm is bound to bring a smile to your face too, like in this viral fancam:

Despite the fact that ONEUS just debuted in 2019, Hwanwoong has the flair of someone who’s been performing for years, and his expressive face brings any song to life. The playfulness of their recent track “LIT” really allowed him to shine, and we love the song even more after watching his quirky take on it!

Soyeon has a ton of stage presence, and her expressions are a huge part of that. She’s known for her fierce rapper image, but this boss leader mixes it up with flirty and cute expressions to match the vibe of any song — and she always brings her A-game.

Yeonjun’s expression changes are as fast and sharp as his dance moves, which is saying quite a lot. His mischievous smile adds the perfect touch to many of TXT’s songs, and he never fails to tell a story and convey the group’s signature youthful energy through his face.

All of the MAMAMOO members are exceptionally strong performers, so it’s no surprise that their leader constantly uses her facial expressions to take their stages to the next level. Solar is always giving us an array of coy smirks, winks, or flashes of her gorgeous smile. We would expect nothing less from this group of self-confident ladies! 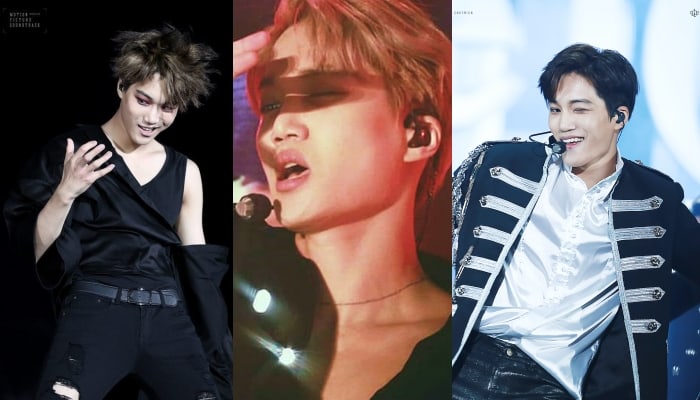 Kai might just be the king of stage presence, and this is mainly because his facial expressions are pure perfection: they draw you in and somehow manage to give you a whole new appreciation for EXO’s tracks. His intensity in EXO’s sexier songs is unmatched, but his flirtation and looks of pure joy in songs like “Love Me Right” show Kai’s incredible versatility:

Hey Soompiers, which of these idols captivated you the most? Which other idols have on-stage facial expressions that you can’t get enough of? Let us know in the comments!