tvN’s “Crash Landing on You” ended gloriously, even overtaking “Goblin” to achieve the highest ratings in tvN history with its finale.

The lead actors of the drama each picked out their favorite scenes from the drama and shared some words to say goodbye to the drama.

Hyun Bin chose the ending scene from episode 9, where Ri Jung Hyuk (Hyun Bin) and Yoon Se Ri (Son Ye Jin) had to part despite their growing feelings for one another. Hyun Bin stated, “[The scene] shows the feelings of Ri Jung Hyuk, who courageously crossed the military demarcation line to follow Yoon Se Ri, and it was a moment in which the two people overcame their reality.”

Hyun Bin also shared, “I worked on the project hoping that ‘Crash Landing on You’ could be a gift to viewers in the way Ri Jung Hyuk and Yoon Se Ri’s unexpected encounter brought them special joy. Thank you for sending us lots of support and love and allowing Ri Jung Hyuk to happily ‘land’ by your sides.”

The scene chosen by Son Ye Jin was the part in episode 12 where Ri Jung Hyuk and Yoon Se Ri share a conversation over drinks. Relying on his tipsiness to gain confidence, Ri Jung Hyuk expressed his honest feelings to Yoon Se Ri, who was overjoyed by his words that almost seemed like a proposal. Viewers were captivated by their romantic atmosphere.

Son Ye Jin said, “I laughed a lot and cried a lot while acting as Yoon Se Ri. More than anything, I was very happy. I’m thankful to have been part of a project that will take up a very big part of my acting career, and I sincerely thank everyone who sent us love all this time.” 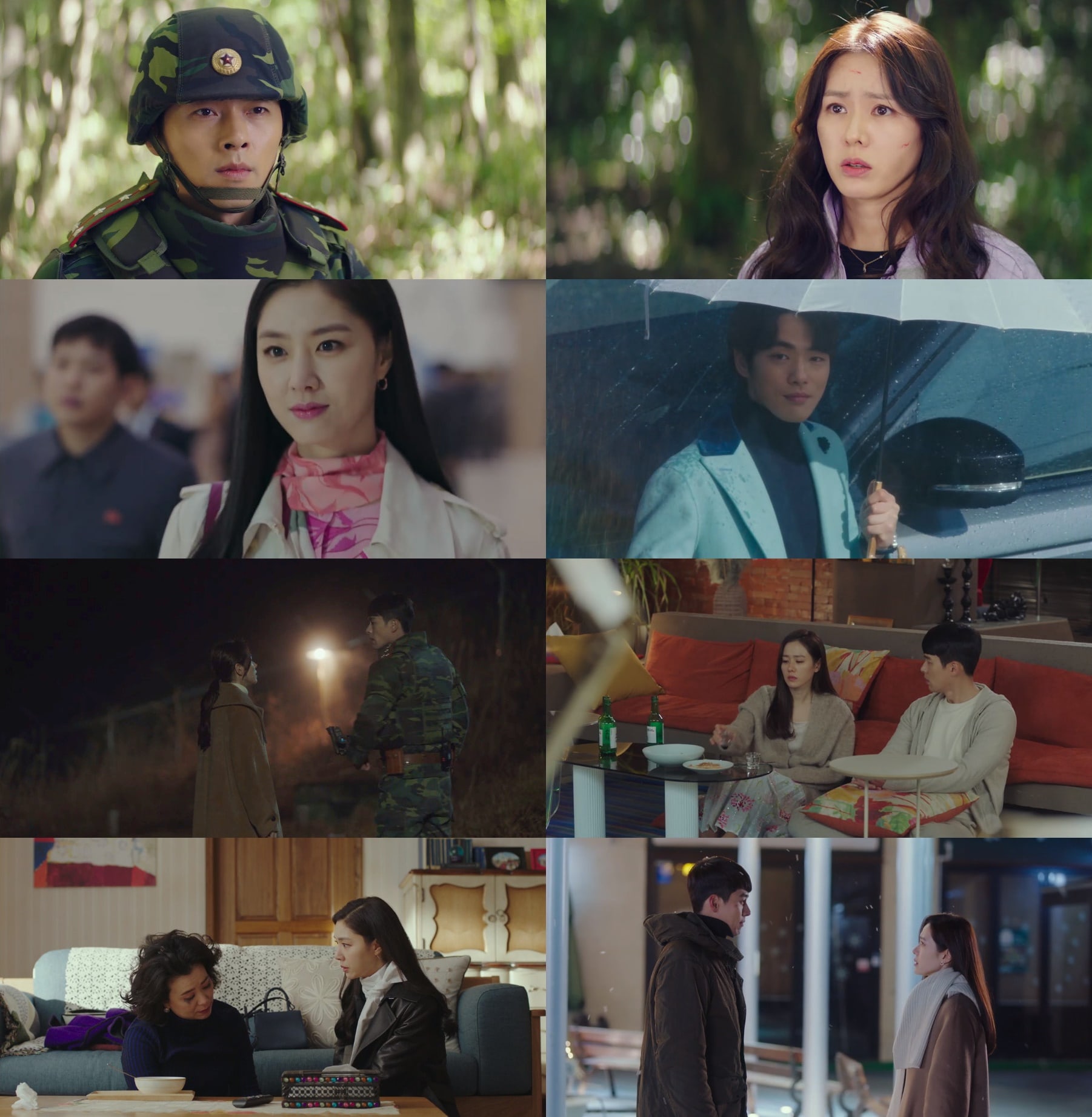 Seo Ji Hye expressed her love for the scene in episode 8 in which Seo Dan (Seo Ji Hye) and her mother’s affection for one another was shown. In the scene, Go Myung Eun (Jang Hye Jin) revealed how worried she was about her daughter Seo Dan, and Seo Dan reassured her by saying, “Your daughter will live more happily than anyone no matter what happens.” The scene showed the sincere feelings of the mother and daughter who made viewers laugh with their petty fights in most of their other scenes.

Seo Ji Hye stated, “I had to go to a lot of places while acting as Seo Dan. Even though we had to film while battling against the cold, I felt healed when I saw the starry night sky, and those moments have all become memories. I was happy thanks to the interest and love shown by our viewers,” and explained that she would never forget her time with “Crash Landing on You.”

Lastly, Kim Jung Hyun picked the line, “I looked everywhere for so long,” said by Ri Jung Hyuk in episode 11 when he arrived in Seoul and found Yoon Se Ri. Kim Jung Hyun explained, “I think it was the most fantastical line in our drama. It remained in my memory because it brought out lots of emotions.”

The actor continued, “I have met new people and formed new relationships in every project, but this project is even more meaningful. Through the love [I received], I reflected on myself and found hope. To the viewers who accompanied us on the 16-episode journey, I would like to thank you for sharing your time with us.”