tvN has revealed the first stills of Jung Hae In from the upcoming drama “A Piece of Your Mind.”

The drama is about an artificial intelligence programmer named Ha Won (played by Jung Hae In), who has spent years in a one-sided love and has resigned himself to a lonely life. He then meets classic recording engineer Seo Woo (played by Chae Soo Bin), who finds herself drawn to Ha Won as she watches his one-sided love from afar.

In the new stills, Jung Hae In shows his character’s charisma as both a focused career man and as a sweet man daydreaming about love.

A source from the drama said, “From the first day on set, Jung Hae In was his character Ha Won. In addition to portraying the high focus and smooth charisma of the AI programmer Ha Won, he bathed the whole set in a romantic air with his deep, warm gaze and sweet one-sided love.”

“A Piece of Your Mind” premieres March 23. Check out the posters here! 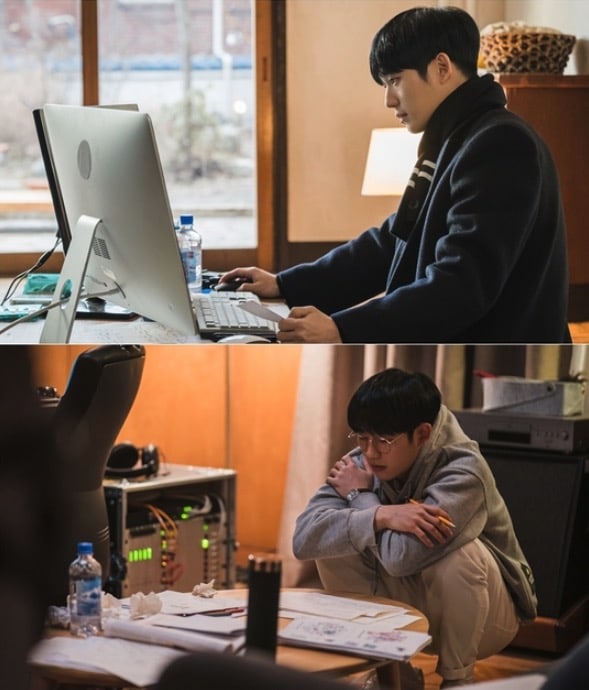