South Korean President Moon Jae In commended the cast and crew of “Parasite” for their historic achievements.

Earlier this month, “Parasite” took home four awards including Best Picture at the 92nd Academy Awards and became the first-ever Korean film to win an award at the prestigious awards ceremony. It was also the first time in Oscars history that a non-English language film won Best Picture.

On February 20, President Moon Jae In invited the actors and staff involved in the production and distribution of the film to a luncheon at the Blue House. 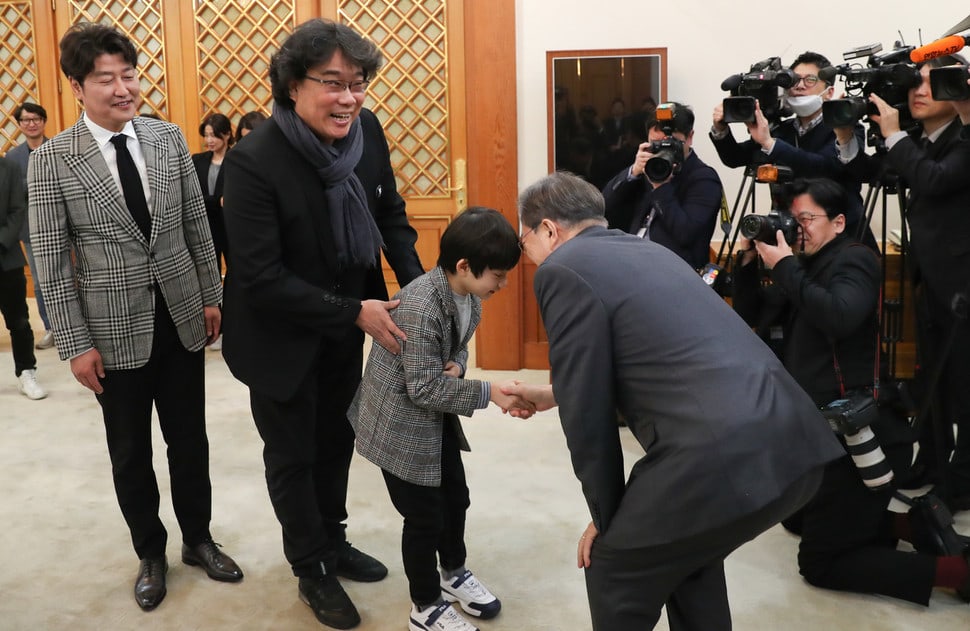 President Moon Jae In shared that he was proud that “Parasite” made history in the Korean film industry as well as the Academy Awards. He stated, “The Oscars is the world’s most prestigious and great film festival, but as our Director Bong [Joon Ho] pointed out, it had been criticized for being a ‘local film festival.’ However, because ‘Parasite’ and Director Bong were so outstanding, they were able to break down the barrier faced by non-English language films and be recognized as the best film and best director. This makes me especially more proud.”

Bringing up the many international achievements earned by K-pop artists like BTS, K-dramas, and Korean classical musicians, the President shared, “Korean culture has moved from the peripheries to the center of the world and became recognized in all fields of culture. I believe it’s all due to the passion and hard work of everyone including Director Bong, and I’d like to thank them all once again.” 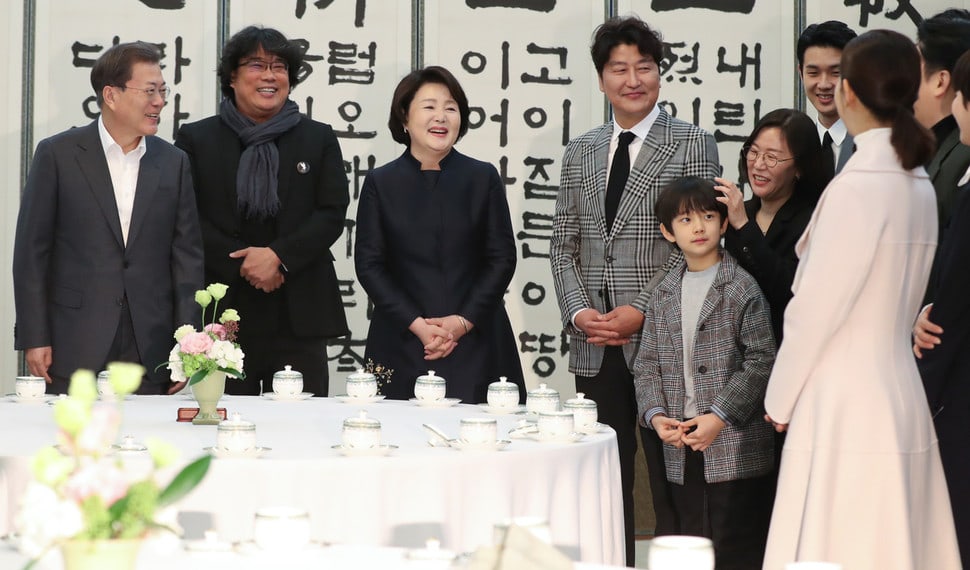 President Moon Jae In acknowledged that there an imbalance of power in the production as well as the distribution system of the film industry and said, “I deeply understand the social message shown by ‘Parasite.’ The issue exists not only in Korea but also worldwide, but inequality has solidified to the extent that it feels like a resurgence of the class system. Relieving that kind of inequality is the key policy of my administration, but there is a lot of opposition against it, and it agonizes me because the outcome of our efforts don’t show up immediately.”

In regards to the film industry, the President promised to implement a standard working hour system and 52-hour weeks, improve welfare policies for those working in the industry, promptly implement a cap on the number of screenings at theaters by certain distributors to prevent a monopoly, and provide support for film academies to help the film industry flourish. He added, “However, we will not interfere.”

Those at the luncheon were able to get a taste of the chapaguri specially cooked by first lady Kim Jung Sook. A dish that made an appearance in “Parasite,” chapaguri is made by combining Korean instant noodles Chapagetti and Neoguri. 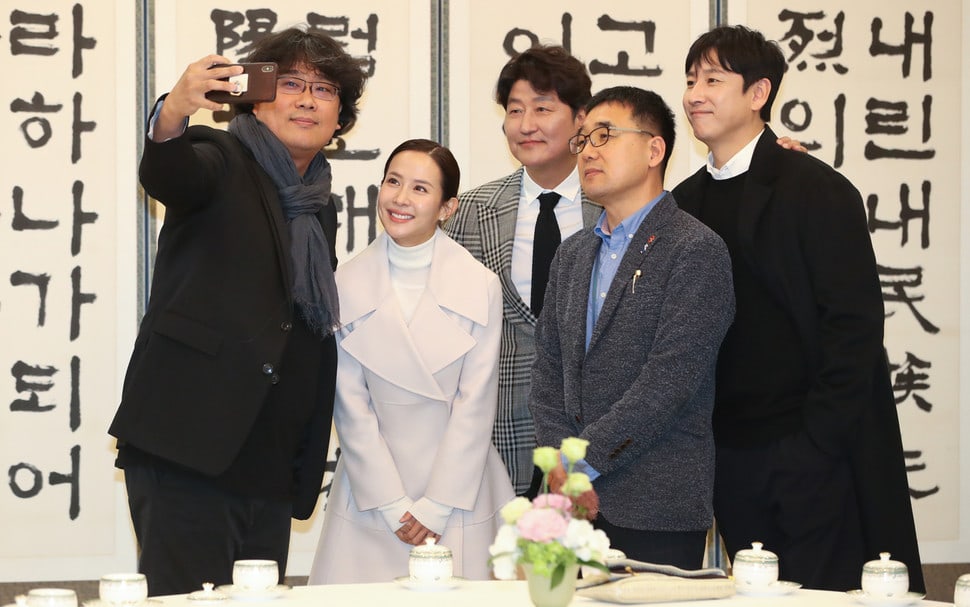 Director Bong Joon Ho of “Parasite” shared, “I am thankful and honored to be gathered here. I was filled with shock watching the president speak right next to me. From congratulating the film, touching on Korean mass culture and the film industry, and eventually reaching the topic of chapaguri, your speech was almost like two pages of scenario. It doesn’t seem like you memorized it, and it seems like you were able to unravel all of your thoughts because you have constantly thought about these issues, so it makes me wonder how you do it. As someone who writes, I am in shock after hearing you speak so eloquently using a well-organized flow of logic and making perfect usage of words to a complete a well-developed speech.”

He continued, “From the [film’s release] at the Cannes Film Festival last year and releases in Korea, France, and many other countries to the Oscars, it was a long journey. I am very happy to wrap up the long journey so honorably at the Blue House with the president and the first lady.”

Song Kang Ho also shared a few words. He said, “It’s the first time in a while that all of us have gathered together. Today is also the last event in the 2-year-long series of official events [for ‘Parasite’]. I am touched that this has naturally become a meaningful gathering.”