BTS Sweeps Top 20 On US iTunes Songs Chart With “Map Of The Soul: 7”

BTS has taken over the Top 20 on the iTunes Top Songs chart in the United States!

The digital version of the group’s new full album “Map of the Soul: 7” includes 20 tracks and all, and it was released at 6 p.m. KST on February 21.

Shortly after, all 20 tracks of the album soared to the top of the U.S. iTunes Top Songs chart, led by the title track “ON” and its additional digital-only version that features Sia. 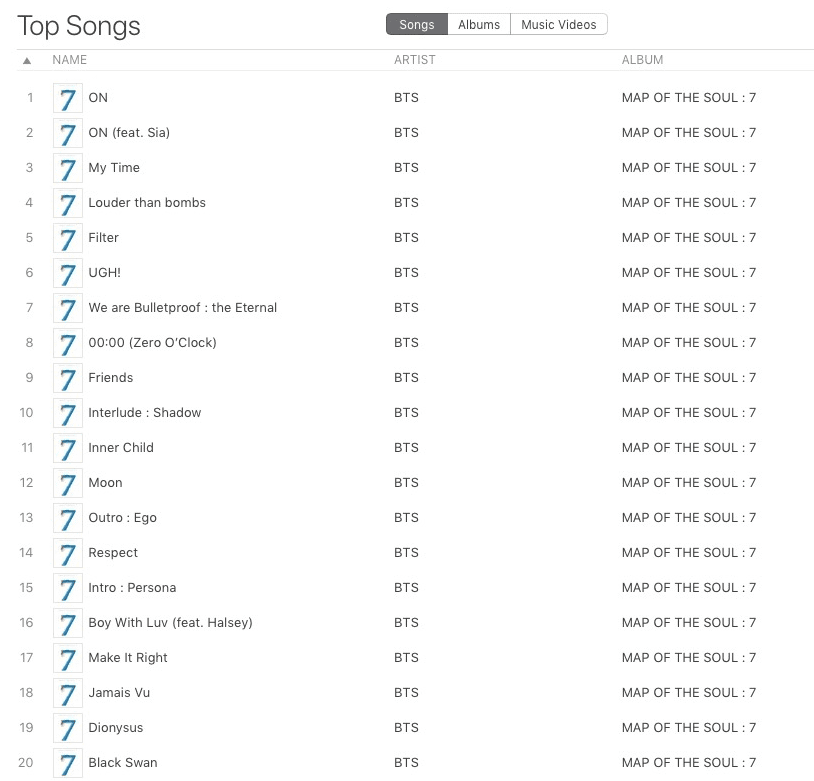 Meanwhile, the album itself is at No. 1 on the Top Albums chart on U.S. iTunes.

BTS has also swept all major realtime charts in Korea and broken records for sales of their physical album on Hanteo.

Stay tuned for updates on BTS’s iTunes chart achievements in other regions!