The identity of Windmill was revealed on the latest episode of MBC’s “The King of Mask Singer”!

On the February 23 episode of the singing competition, the contestants sang their hearts out for a chance to become the winner and challenge the reign of Sweet 18.

The third match was between Windmill and Pinwheel, who sang a duet to 10cm’s “Love in the Milky Way Cafe” and filled the stage with their sweet voices.

Pinwheel won with 53 to 46 votes and advanced to the next round, while Windmill remained on stage and took off his mask.

His identity was revealed to be none other than Kim Jungmo, the guitarist of TraxX and current singer-songwriter! 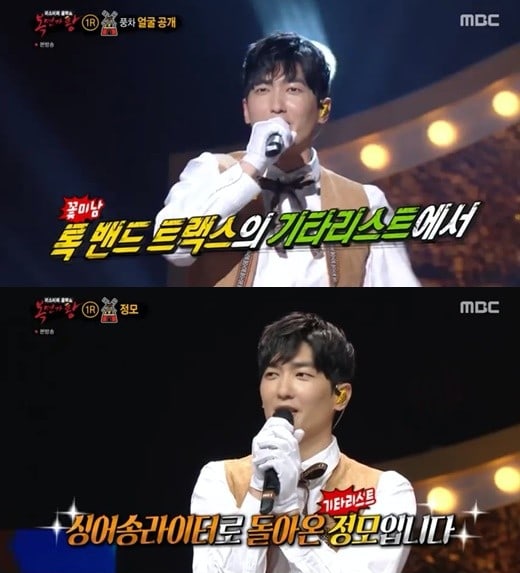 Jungmo remarked, “I’ve sung here and there on radio shows, but this is my first time singing on TV after my debut.”

He then revealed that his goal for appearing on “The King of Mask Singer” was to change the search words related to his name. “When I search ‘Jungmo,’ it asks if I meant to search ‘regular meeting’ [which is similar to his name in Korean] instead,” he explained. “People also search ‘TraxX’ when they’re searching for the car [with the similar name] instead. When I search ‘TraxX Jungmo,’ I get results about regular meetings of car lovers.”

On the previous episode of the show, Super Junior’s Kim Heechul was previously revealed to be the masked singer Generation X. The two singers have been close friends for a long time, and Jungmo shared that he had helped Kim Heechul with the rearrangement of Seo Taiji and the Boys’ “I Know” that he performed on last week’s episode.

Jungmo worried, “Kim Heechul is going to be upset with me when he sees this broadcast. Kim Heechul had no choice but to tell me that he was appearing on ‘The King of Mask Singer’ because he asked me to rearrange the song, but I didn’t tell him that I would be [appearing on the show]. When he asked me about the rearrangement, my appearance on ‘The King of Mask Singer’ had already been confirmed.”

Sending a message to his best friend, Jungmo said, “Thank you for doing a great job singing the song I rearranged. I hope our friendship will last forever.” 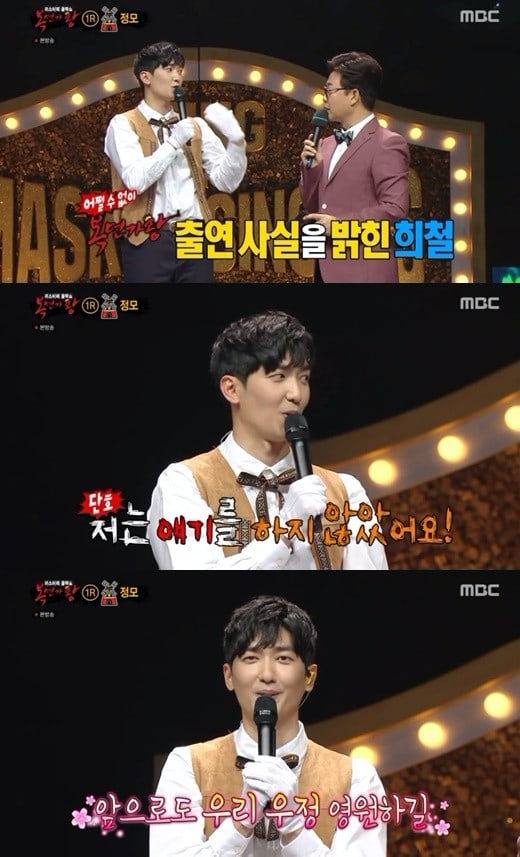 Super Junior
Kim Heechul
Kim Jungmo
TraxX
The King of Mask Singer
How does this article make you feel?