On the February 24 episode of “Sister’s Salon,” Sandara Park was asked about how 2NE1 was known for their shocking, unconventional style.

Sandara Park replied that they hadn’t aimed to be unconventional. “We were just doing it cause it seemed like it’d be fun, it was just that people were so surprised by it,” she said with a laugh. 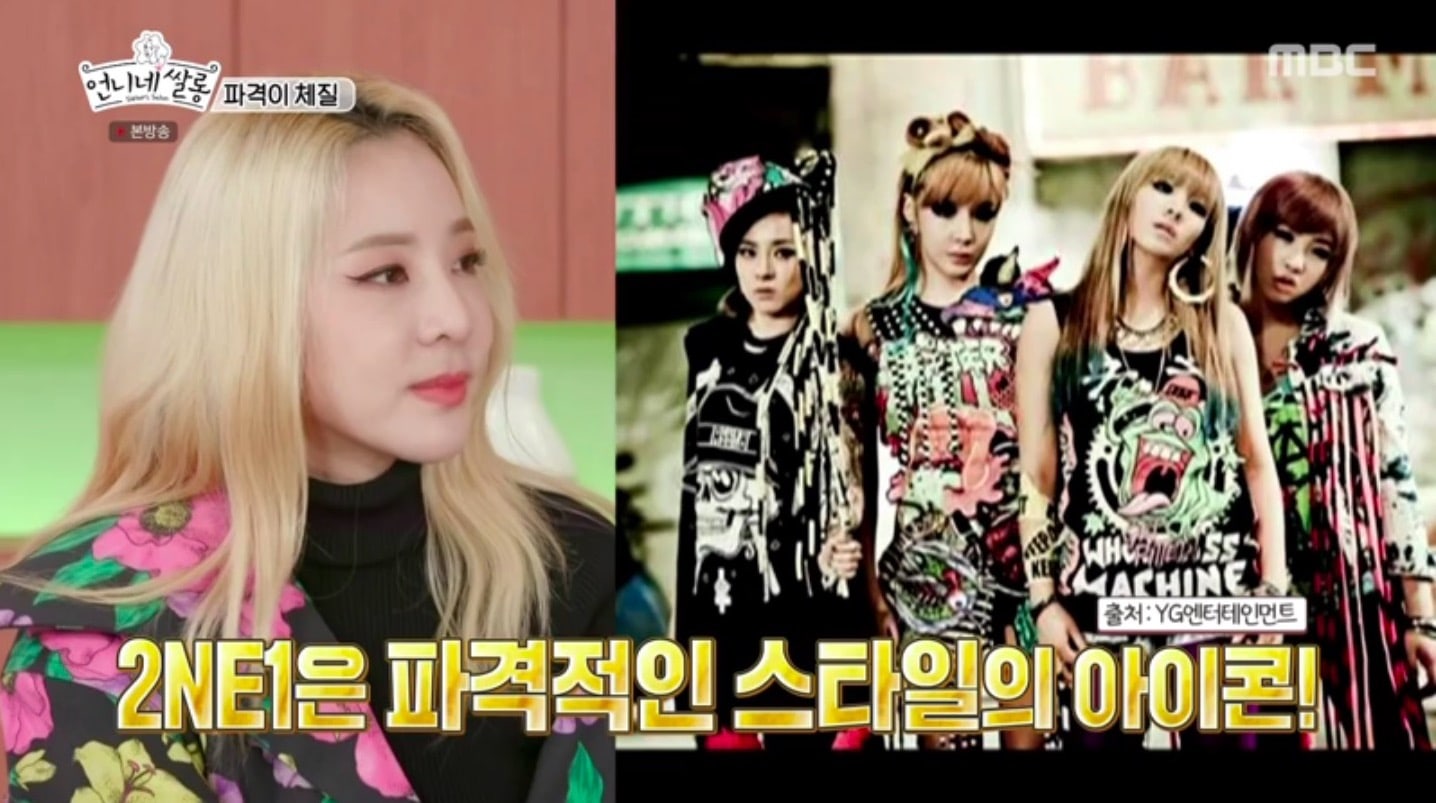 She was then asked to name her Top 3 most unconventional hairstyles over the years. She picked her “palm tree” hair that she had when they first debuted as the third place, and her half buzz cut as the second. In first place was her “Vegeta” hair from their “I Am the Best” era. 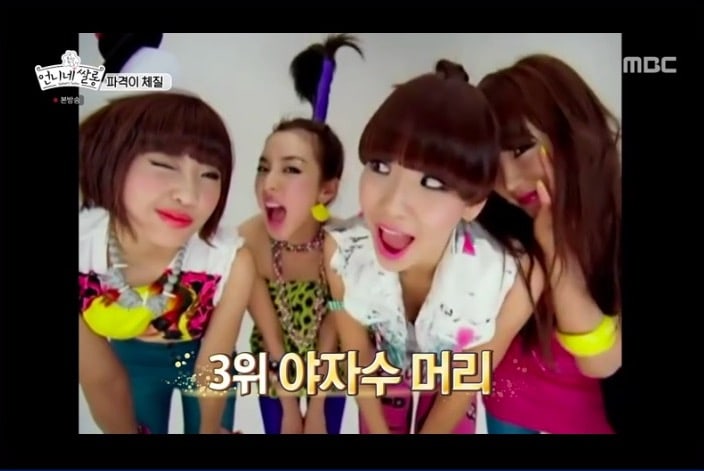 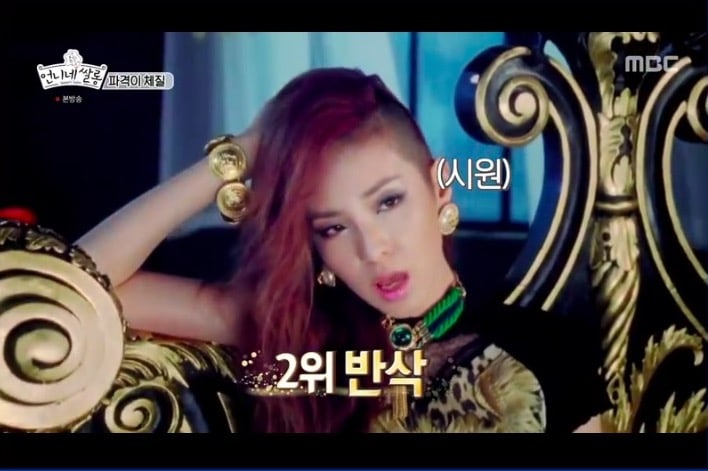 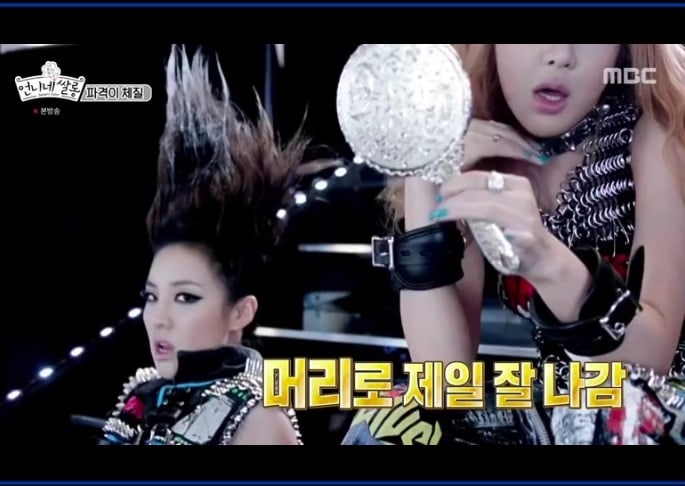 The hosts mentioned that while their outfits were unconventional, they also looked very polished and matched each other well. Since their clothing seemed expensive, she was asked about the cost of their outfits.

“The accounting team scolded us a lot, saying that we used three times as much money [for clothes] as BIGBANG,” revealed Sandara Park. She shared that they wanted to have a style that would look different, and they were all really interested in fashion. She added that she’d check out new fashion items even before their stylists and buy them. Their stylists would call to see if she’d already bought them because they were sold out.

“That’s why there wasn’t much difference between my own outfits and the ones I wore on stage,” she said. 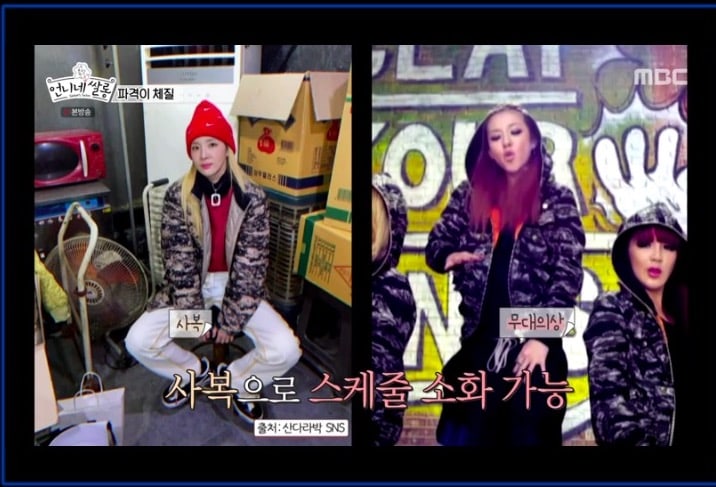 The hosts mentioned that at the time, it had been the style for girl groups to wear the same outfits. “In the period right after we debuted, if the stylists brought me a dress or a skirt, I’d cry and say I wouldn’t wear it,” she added. She explained that her style on stage was more like that of a young boy, with big pants and big shirts.

“But I really liked it,” she said. “Others would say to me, ‘Aren’t you upset that you can’t wear pretty clothes?’ But I was so pleased with it.”

Sandara Park
2NE1
Sister's Salon
How does this article make you feel?