The cast of “Itaewon Class” shared their thoughts on the drama’s success thus far.

Based on a popular webtoon of the same name, “Itaewon Class” tells the story of a group of young people who work together to challenge an unjust world.

Park Seo Joon began, “I’m totally in love with Park Sae Ro Yi these days. The broadcast began airing after we filmed up to episode eight. I started to remember the script while watching the broadcast. I also feel like I’m watching as a viewer. I’m working on lacking parts of my acting and I’m gathering strength on set thanks to many people who are interested in [the drama].”

He continued, “I’ve been maintaining this hairstyle for six months. Cutting my hair every four days, I think of Sae Ro Yi’s mindset. I thought that people wouldn’t copy this hairstyle, but many people are doing it. I heard that some hairstylists are having a hard time. It takes a lot more maintenance than it looks. I recommend that you don’t do it.” 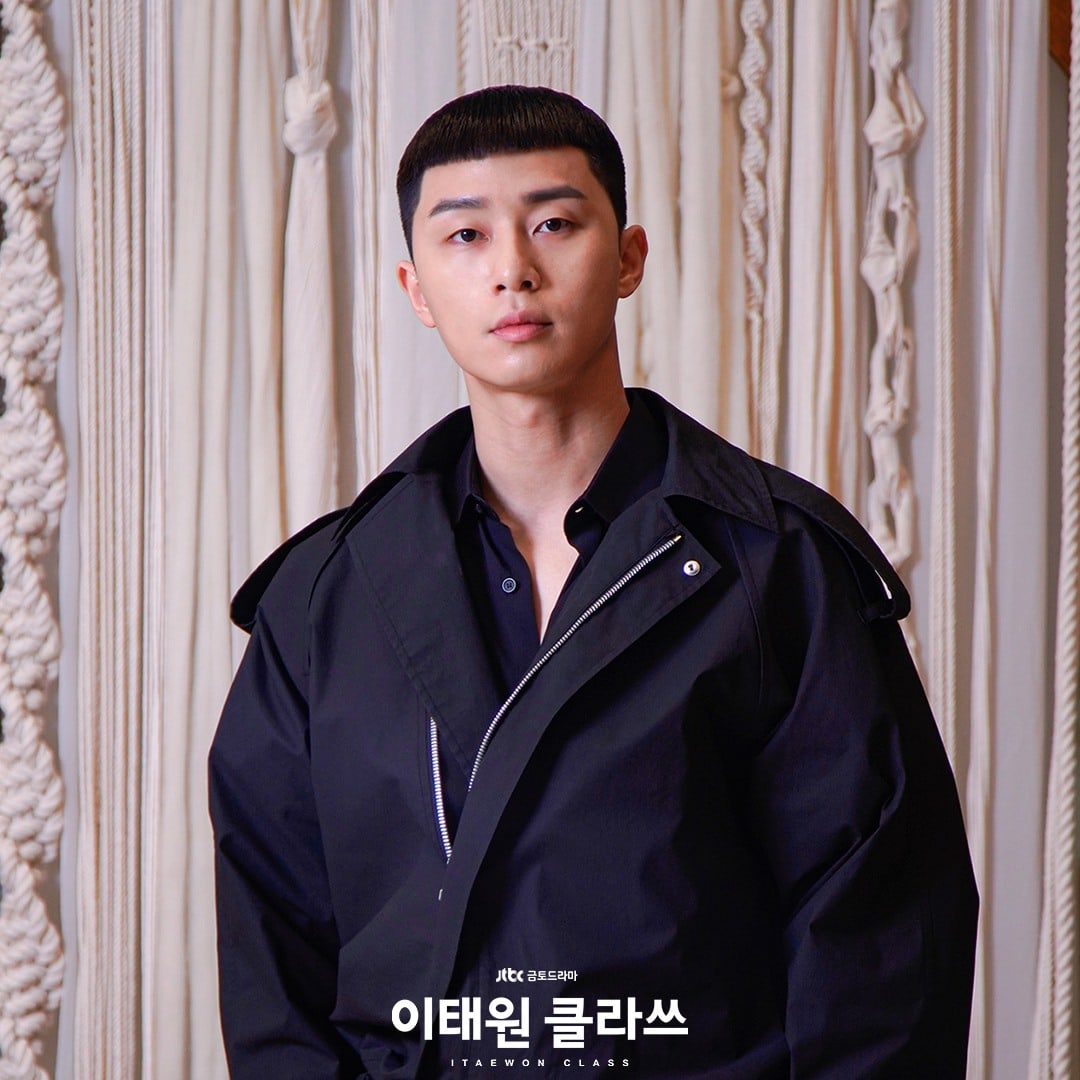 As for the similarities between him and his character, Park Seo Joon said, “Because an original work exists, I knew there would be talk about how well I fit the role. I tried to reference the original work while reading it. I wanted to portray a short-haired character, and this was a good opportunity. It was a character that was so loved and there are many people watching the drama because they loved the original work, but there are also those who are only watching the drama. I tried to reference the webtoon and to add my own uniqueness.”

Kim Da Mi said, “I was so curious about scenes that I didn’t appear in, and it felt new watching it on TV and fun watching how the other actors acted. It felt new seeing it completed. It was fun and I was grateful that many people are loving it.”

Kwon Nara commented, “I’m watching it after filming the eighth episode, and it was better watching with the OST playing in the background.”

Yoo Jae Myung began by joking, “Don’t I look younger in real life? I’m having so much fun watching it. I realized that the staff, and the actors, worked really hard. I knew it already, but I could really feel how so many people were trying their best to create a good drama. I felt grateful the entire time while watching.” 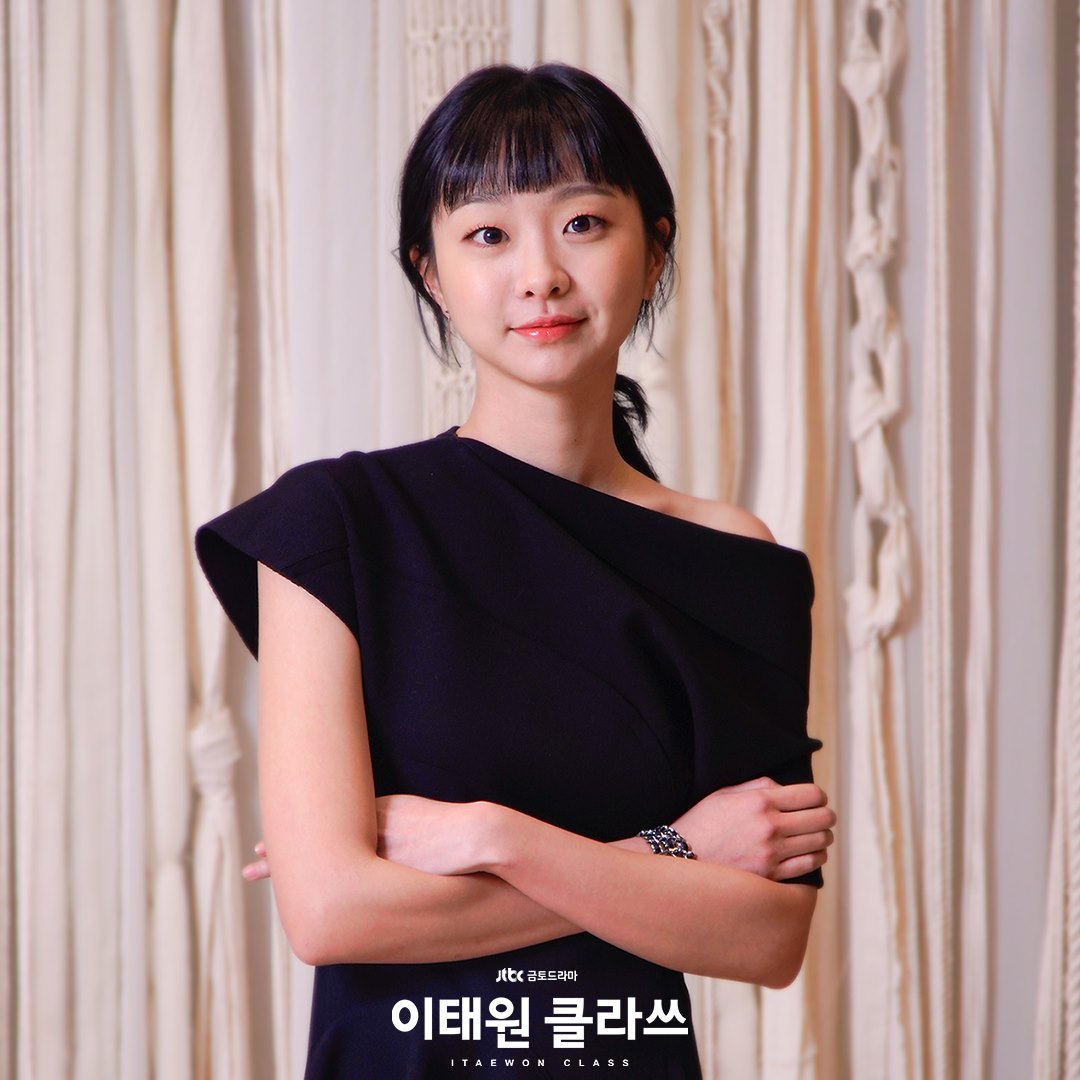 “Itaewon Class” has quickly risen in popularity as the drama spread via word of mouth. Surpassing its personal best in viewership ratings for every episode, the February 22 episode recorded 12.6 percent and became the second-highest-rated drama in JTBC history after “SKY Castle.”

When asked about the reason behind the high viewership ratings, Yoo Jae Myung replied, “I think Sae Ro Yi’s cool appearance and passion for living while keeping his values despite difficulties is relatable to viewers. It’s difficult nowadays for younger and older generations. Ultimately, the hopeful message of the drama is being well-conveyed.” Kwon Nara added, “Because the original writer of the webtoon is writing the script, the drama tells a richer story than the original work and I think that’s the secret to the popularity.” 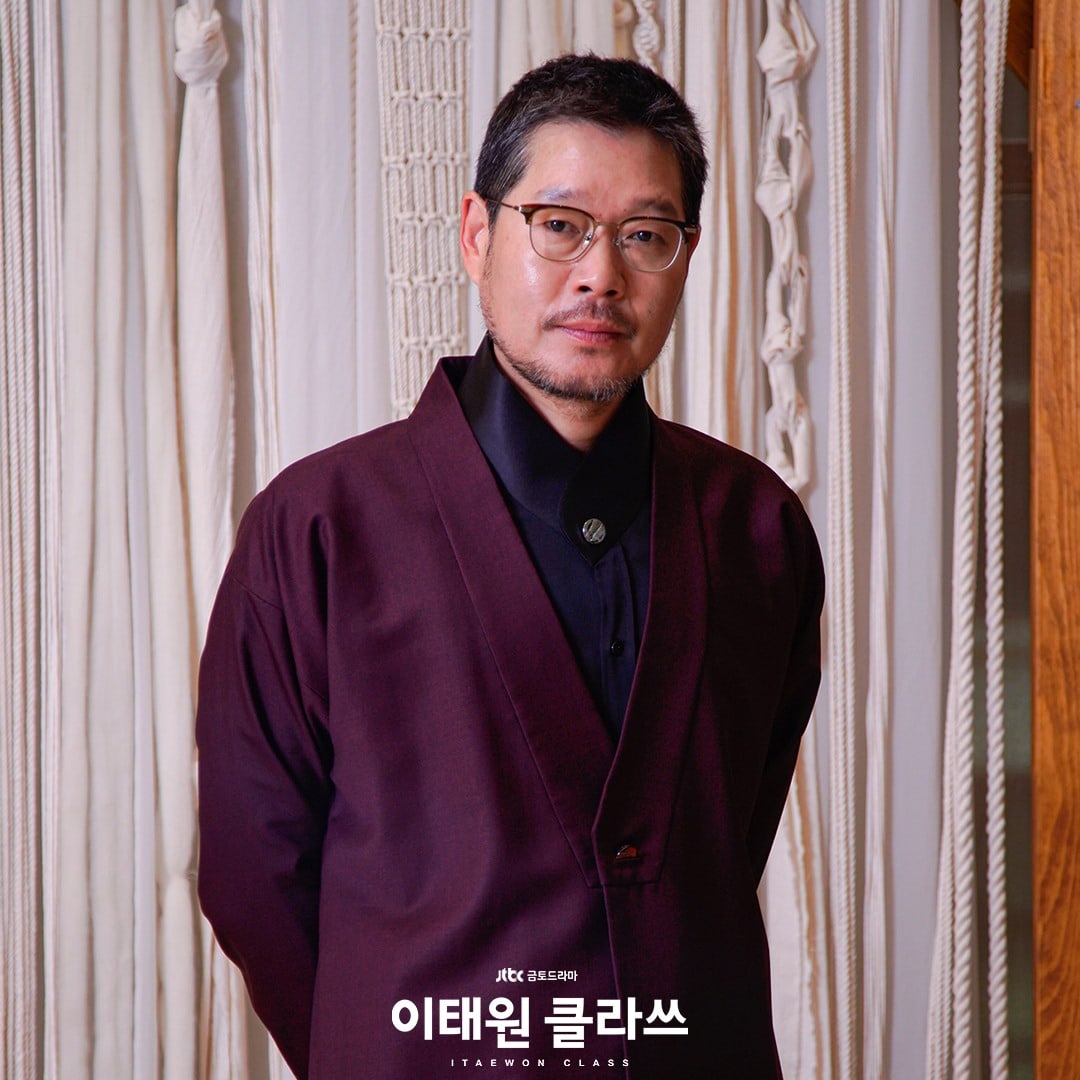 Kim Da Mi stated, “More of the characters’ personal stories are being told as the drama continues. I think there are many parts where the characters are becoming more dimensional. It’s fun watching those characters.”

Park Seo Joon added, “It feels burdensome and hasty to be discussing these things. If you think about it, dramas have many similar formations and subject matter. But I think that it all depends on how the story is told and what kind of characters are in it. Each of the characters are unique if you look at them individually, but the situations that fill the scenes and the charms of the characters are what I think might be the secret to the high viewership ratings.”

Discussing her similarities with Jo Yi Seo, Kim Da Mi said, “I’m honest like Yi Seo. I’m not as honest as Yi Seo, but I try to be. The difference is that Yi Seo devotes her life to Sae Ro Yi and lives her life for him, but I haven’t experienced that. So I think that’s how Yi Seo and I are different.”

Kwon Nara’s character is a bit different in the drama versus the webtoon. She said, “In contrast to the webtoon, there is a lot of story about Soo Ah. [The writer] added a lot of Soo Ah’s painful younger years as to not portray her as good or evil, so I’m trying hard to convey that. I received a lot of help from the director and seniors.” 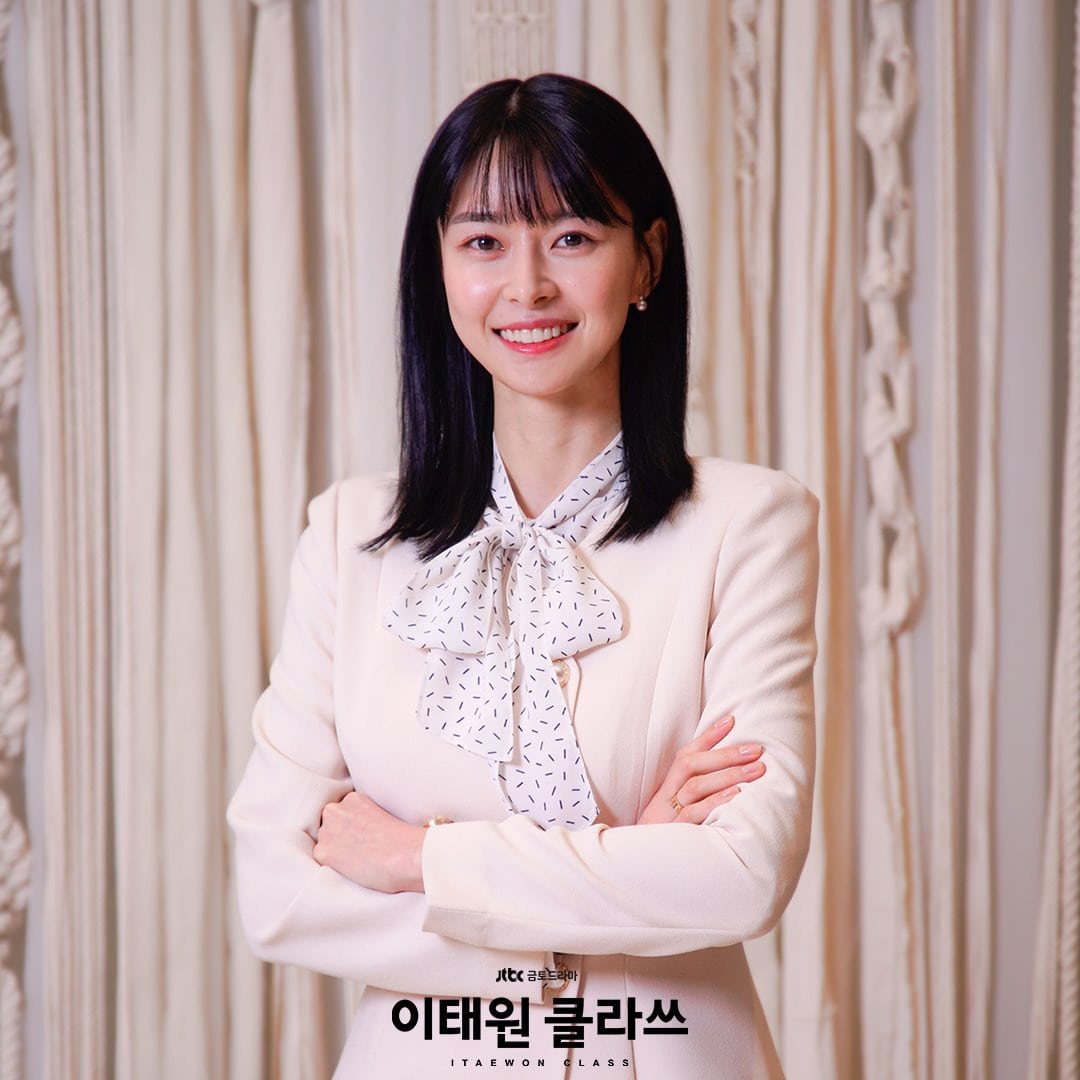 Park Seo Joon currently is at the center of a love triangle between Kwon Nara and Kim Da Mi’s characters. “They’re both pretty and have different charms,” he said. “Age is shown in the drama, but I can’t feel that when filming. They’re portraying each of their characters’ charms really well, so I think I would have to really contemplate if I had to personally choose. It’s hard.”

He added, “Jo Yi Seo is described as a psychopath, but she has her own loveliness. Oh Soo Ah is Park Sae Ro Yi’s first love. In some ways, he’s a romanticist, but she has many factors of a first love.” 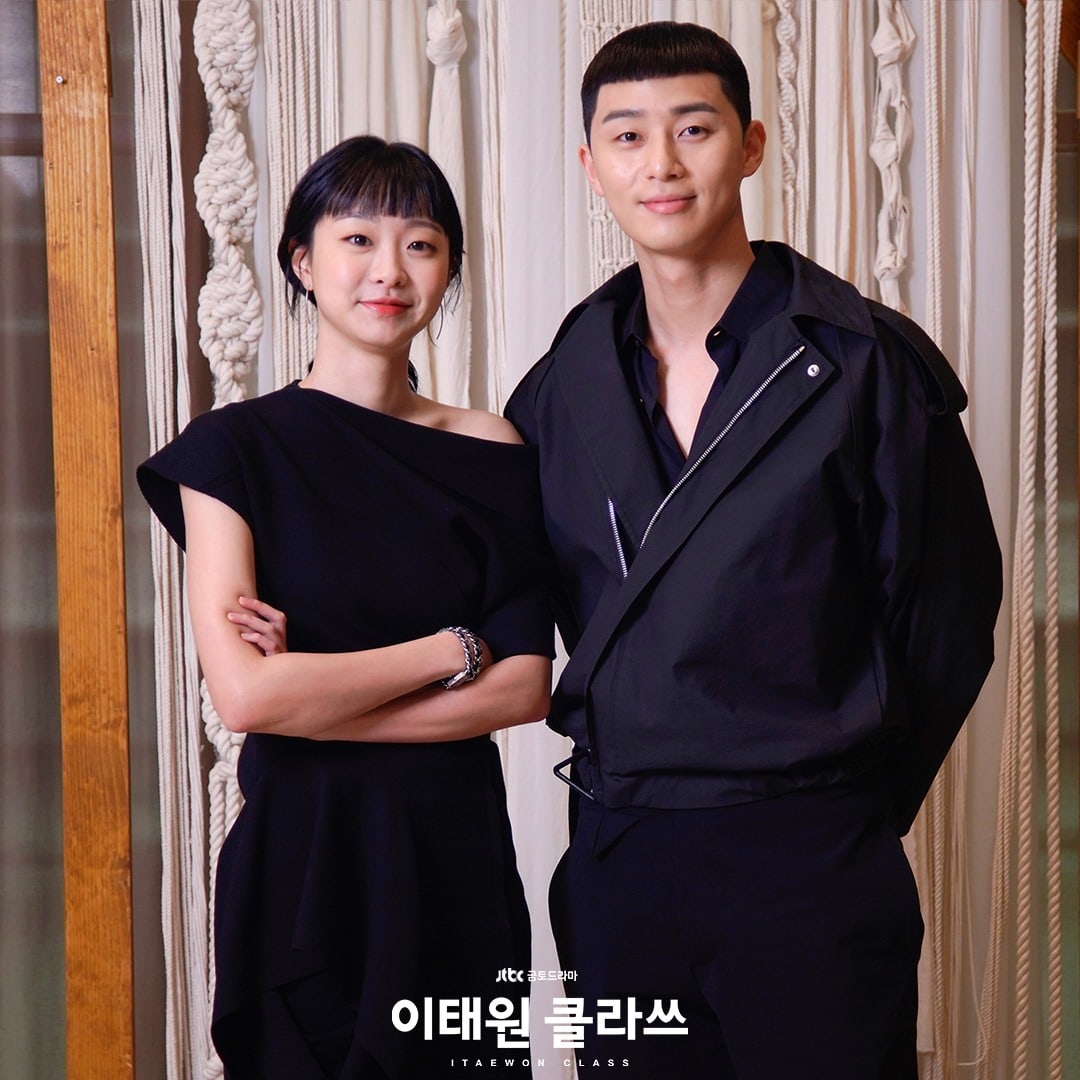 The cast previously made a promise that they’d invite viewers to the Dan Bam pub if the drama surpassed 10 percent in ratings. Park Seo Joon explained, “I thought really hard about this, but many events are being canceled right now because it’s a situation where our citizens have to work together to combat this [COVID-19 outbreak]. I think it’s going to be difficult as of right now and we need a different way to express our gratitude. I also didn’t foresee this, so I want to be careful. The most important thing right now is putting an end to these situations. I also felt sad. Facing this hardship felt heartbreaking, but because our citizens overcame all of these things before, I hope we can sensibly fight this. I will try my best until the end so that our drama can make you laugh even if it’s just for a moment.” 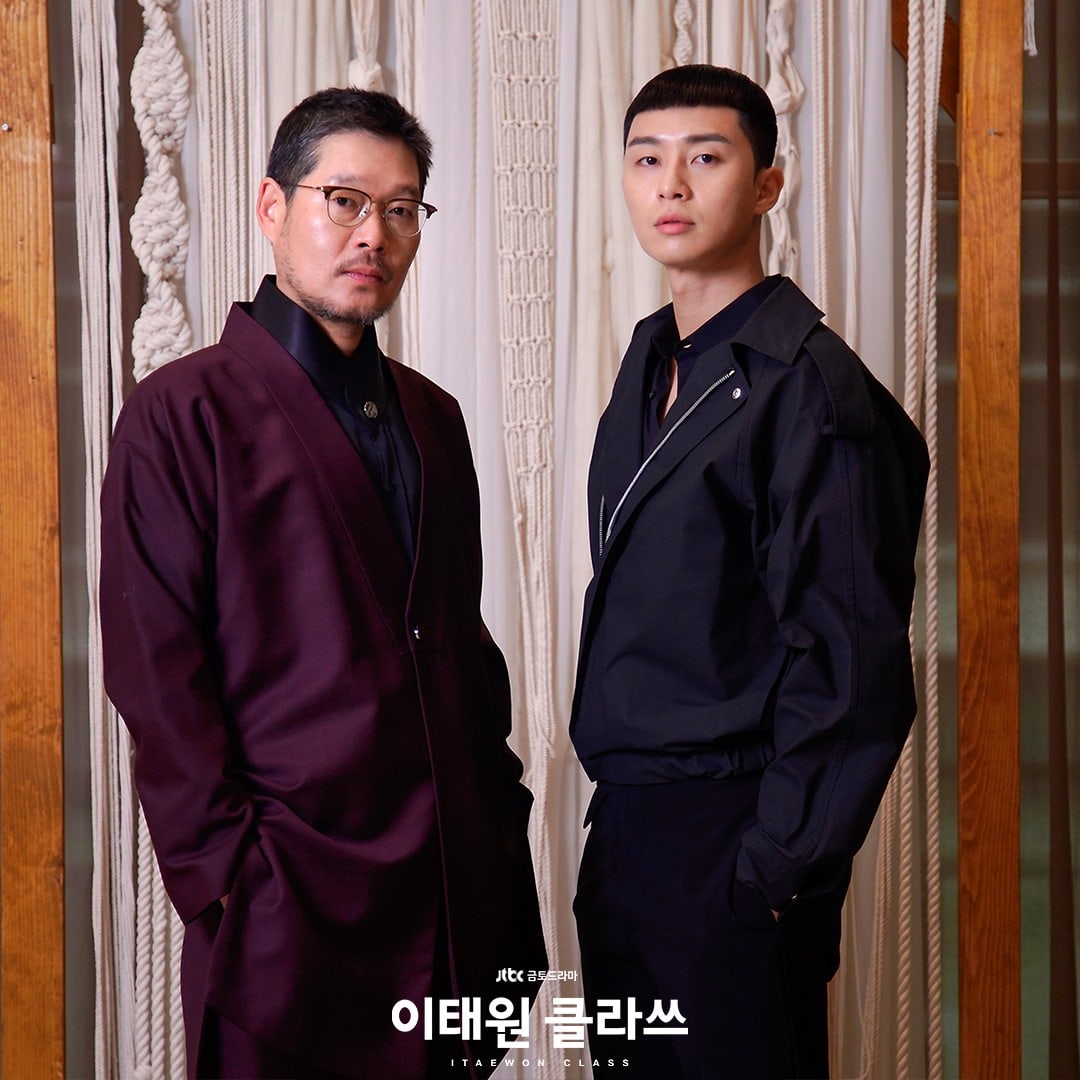 He concluded, “I think there are people who feel motivated by others who keep true to their values. A right answer doesn’t exist, but I’ll feel that it was worth participating in this drama if it could give even a little bit of inspiration. I’ll try not to lose Sae Ro Yi’s values until the end.” 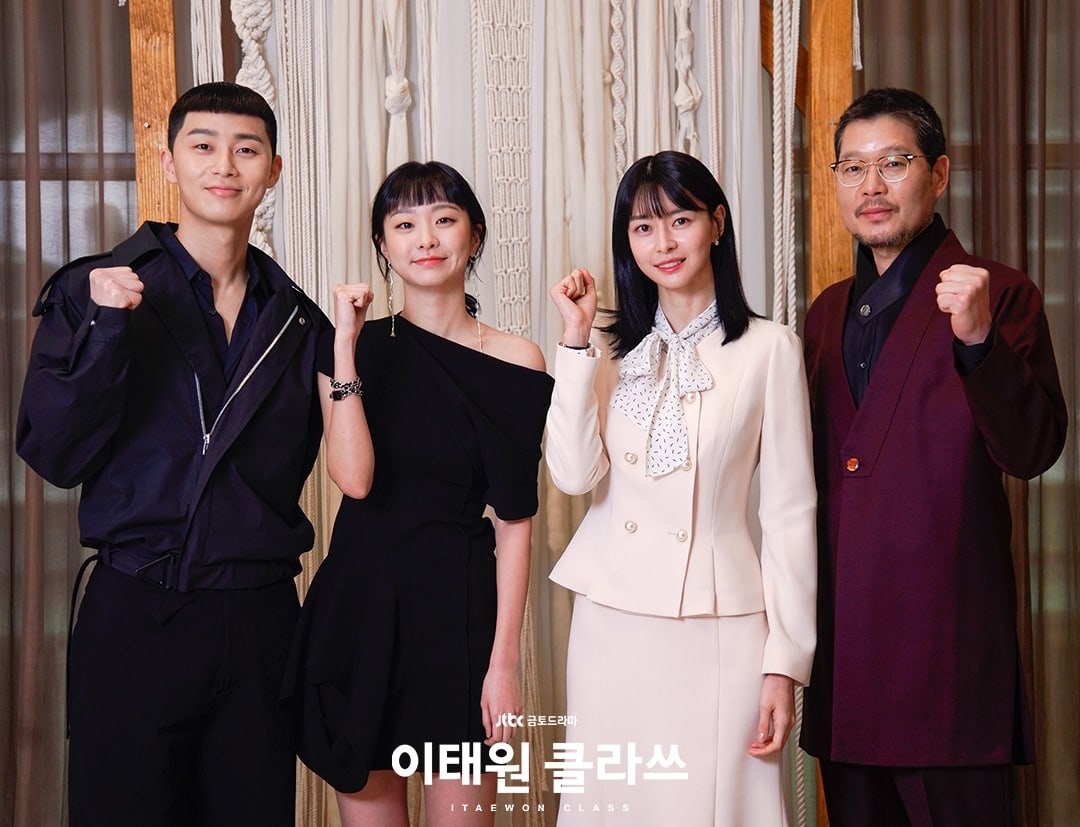