Fans noticed a super-cute interaction between BTS’s V and The Boyz’s Younghoon on the latest episode of KBS’s “Music Bank”!

Younghoon has often spoken about V being his ultimate role model in the past, and he even faithfully carried a TATA (V’s BT21 character) plushie everywhere last year after receiving it as a gift from V. 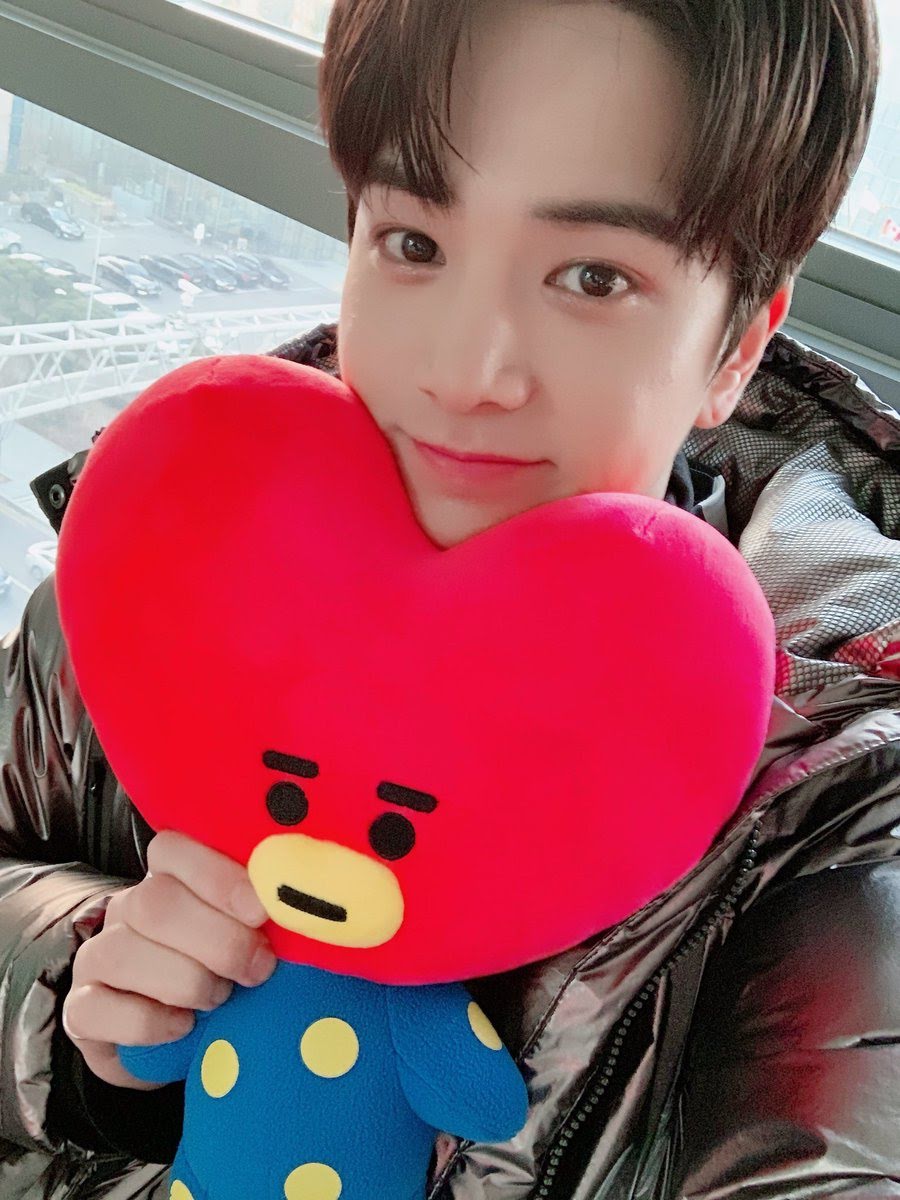 At the end of the February 28 broadcast of “Music Bank,” Younghoon had the chance to interact with his idol once again on stage. When BTS was closing out the show with an encore of their new title track “ON,” which had just won first place for the week, Younghoon took the opportunity to bow politely to V on his way offstage.

V returned the gesture with a respectful bow and a friendly nod of his own, and Younghoon couldn’t conceal his excitement at being noticed by his role model—an adorable moment that has since gone viral online.

Check out the clip of Younghoon’s giddy reaction below!

nooooo who’s this omg it’s so cute how he went “woah” went taehyung bowed back to him like he cant believe it lmao pic.twitter.com/W3yGBFzNqR

You can also watch the full episode of “Music Bank” with English subtitles here:

BTS
Music Bank
V
THE BOYZ
Younghoon
How does this article make you feel?