On the March 4 episode of SBS’s “Night of Real Entertainment,” Wooyoung appeared for an interview after completing his military service. 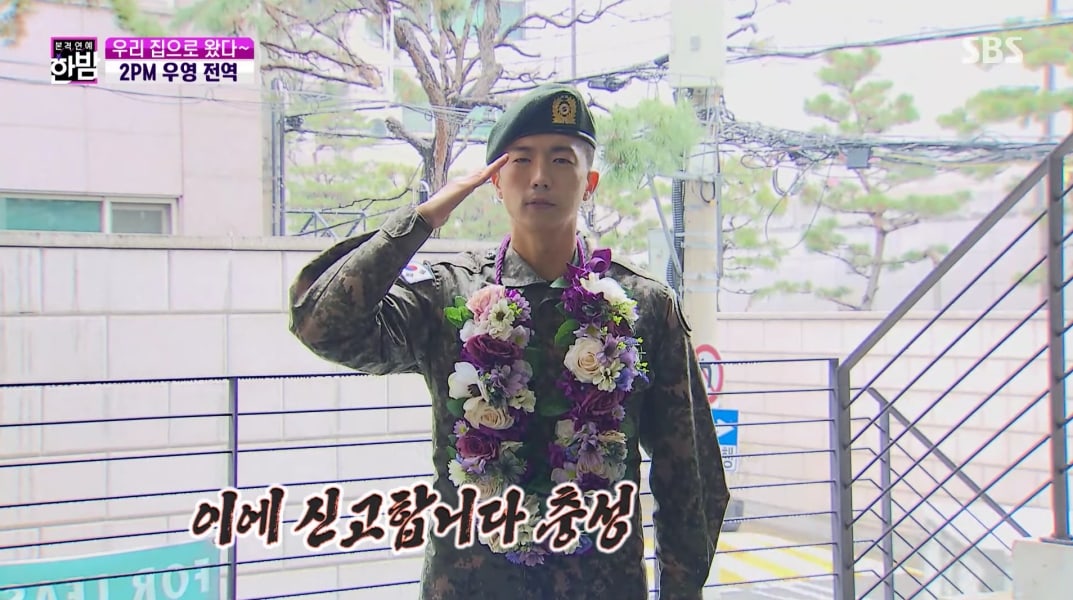 “I found out through the news released by the Ministry of National Defense,” said Wooyoung. “They said that they would send my military discharge papers via parcel.” He added, “I miss my fellow soldiers so much and wanted to bid them farewell in person, but I’ll say goodbye here instead. Thank you!” 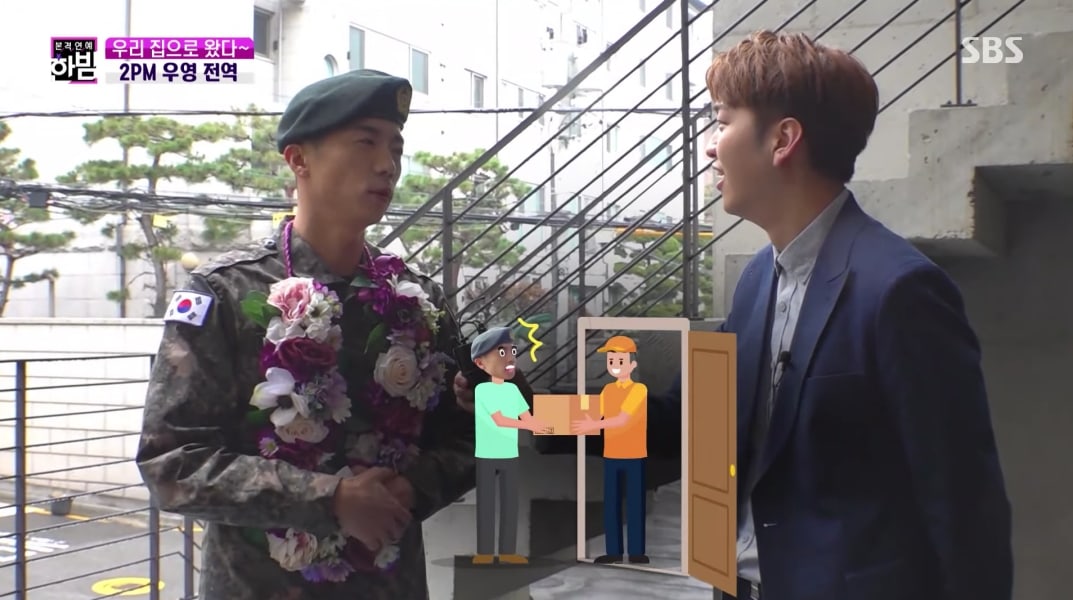 Sending a message to the coronavirus, Wooyoung added, “Shoo! Go away!”

Wooyoung previously celebrated his military discharge with a V Live broadcast on February 28, where he was surprised by fellow 2PM members Nichkhun and Jun.K. When asked which girl groups gave him strength during his military service, Wooyoung named JYP labelmates TWICE and ITZY. Singing the beginning of TWICE’s “Dance the Night Away,” he explained, “The song came on and I felt so grateful.” He added via video message, “You guys! Thank you!” 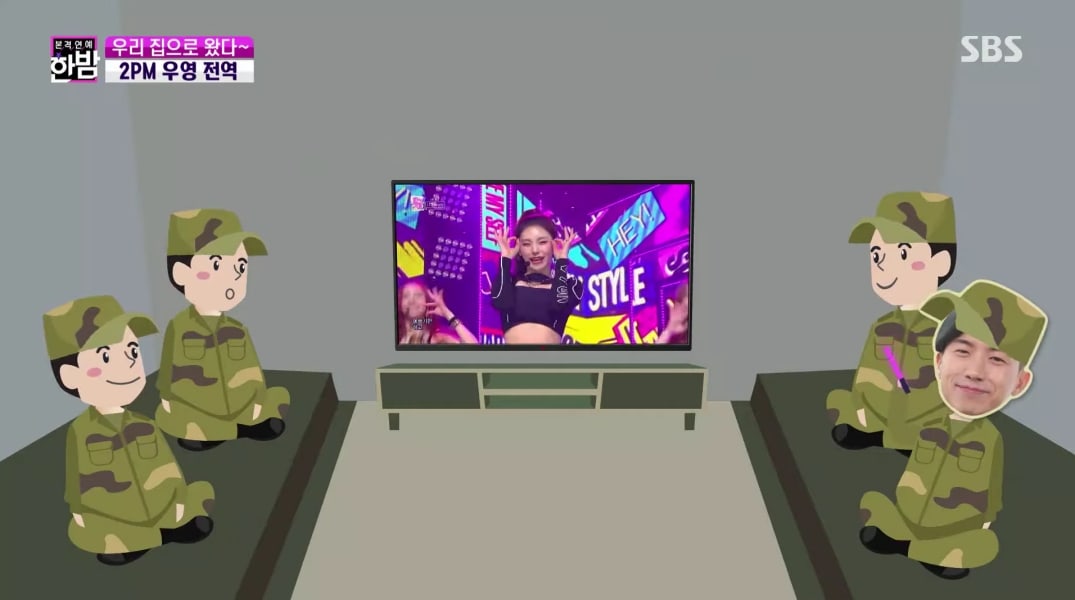 The interviewer then brought up 2PM’s “My House,” which saw a sudden resurgence in popularity five years after its release. Wooyoung commented, “I heard about this and wondered what was going on.” He then showed that he still had the moves by dancing to the chorus of the song. 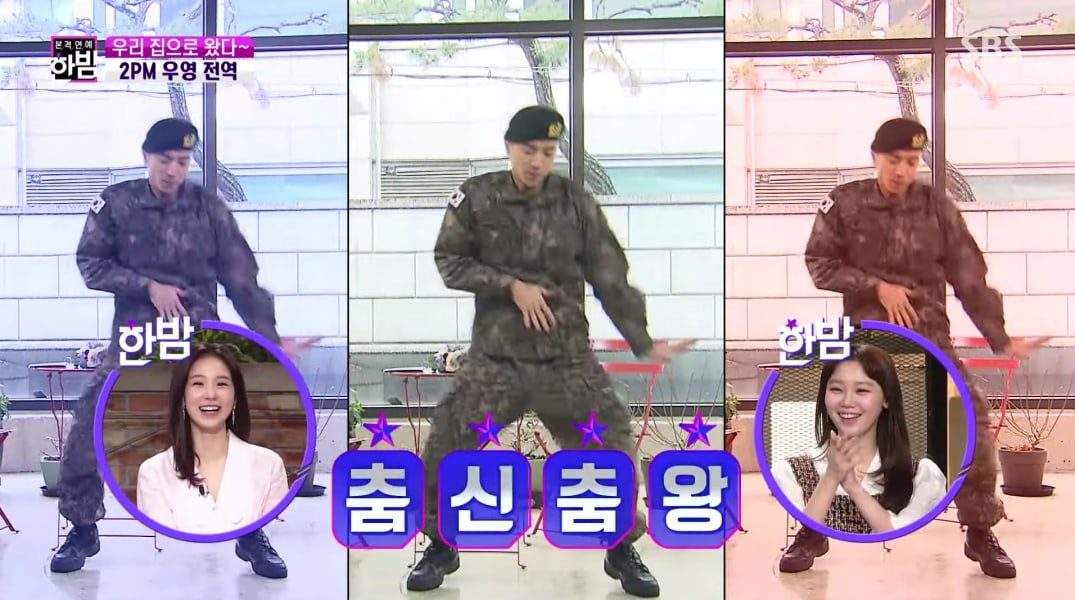 He concluded his interview with a message to viewers. “Thank you for joining me in celebrating my military discharge,” said Wooyoung. “As your cutie and your vitamin, let’s go! Please send lots of love from here on out. Thank you.” 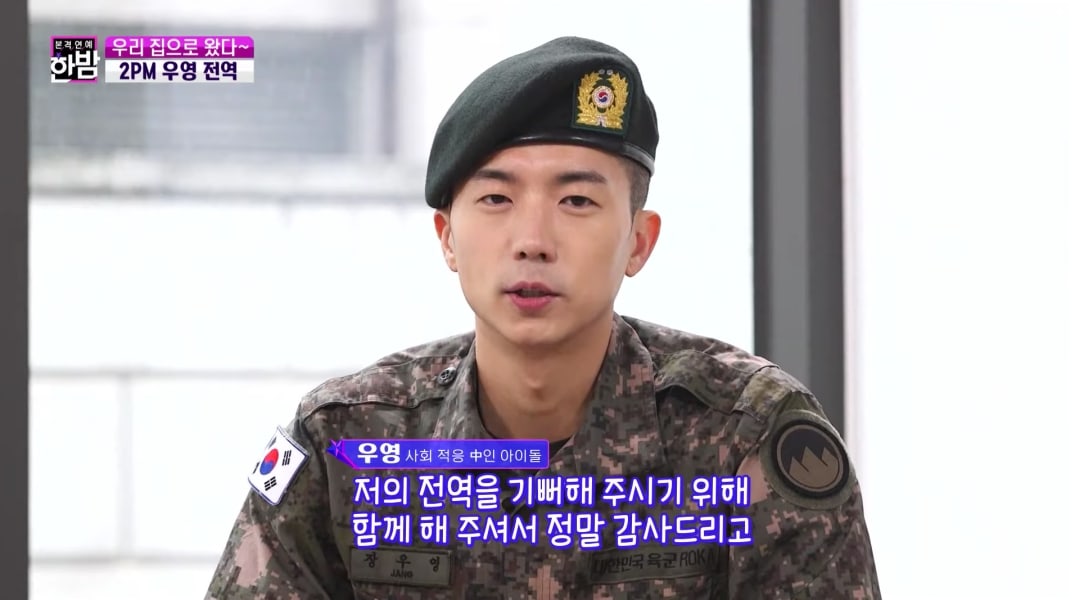 Watch the latest episode of “Night of Real Entertainment” now!

2PM
Wooyoung
E-news Exclusive
How does this article make you feel?