Yang Kyung Won acted in the drama “Crash Landing on You” with the two stars and received praise for his unique chemistry with them.

During the March 4 broadcast of the cooking show, Yang Kyung Won praised Hyun Bin’s good looks, saying, “Except for when we were acting, I couldn’t meet Hyun Bin’s eyes. Handsomeness just exudes from his entire body.” 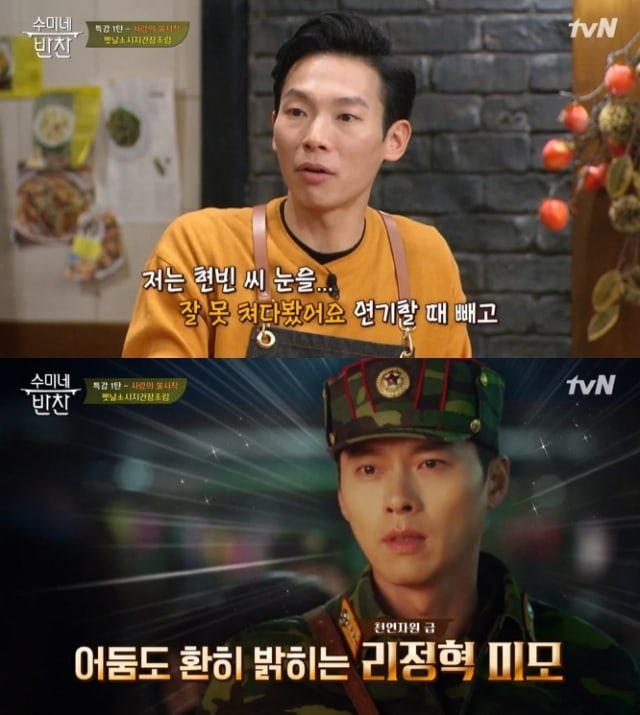 Yang Kyung Won was asked how he could act like he hated Son Ye Jin when she is so beautiful. He responded that it was thanks to his poor eyesight, explaining that his blurry vision helped. He added, “Son Ye Jin came to set fully ready as Yoon Se Ri, so I was able to see her as Yoon Se Ri rather than Son Ye Jin. I was so grateful.” 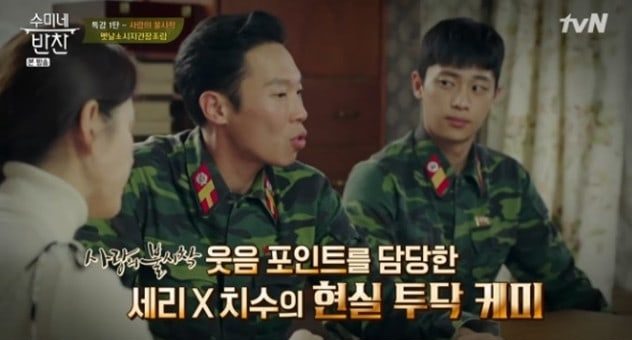 “Crash Landing on You” came to an end on February 16.

Hyun Bin
Son Ye Jin
Crash Landing On You
Yang Kyung Won
How does this article make you feel?