Watch: Jun So Min + Yang Se Chan Will Stop At Nothing To Win Try-Not-To-Laugh Challenge On “Running Man”

Jun So Min and Yang Se Chan were willing to go all out to make their “Running Man” castmates fail the try-not-to-laugh challenge!

On the March 8 episode of the SBS variety show, the “Running Man” members and guests split up into two teams to play a game of “try-not-to-laugh hide-and-seek.” Each team took turns hiding and seeking, and the seeking team was required to find all of the opposing team’s members in a given time period without laughing. If a member of the seeking team burst into laughter, he or she would be eliminated on the spot.

As soon as the two teams went their separate ways, the hiding team began brainstorming ideas for how to make the seeking team crack up once they were found. Jun So Min jokingly suggested, “What about this? Wouldn’t this make them laugh? If they opened a cabinet, and [Yang] Se Chan and I were kissing inside.” Kim Jong Kook enthusiastically agreed, “That would definitely make them crack up. That would be funnier than any ridiculous disguises.”

Insisting that her idea would make everyone crack up, Jun So Min then attempted to act out what the scene would look like with Yang Se Chan. When Yang Se Chan pushed her away with a laugh, she went on, “Tell me that HaHa wouldn’t laugh at that.” 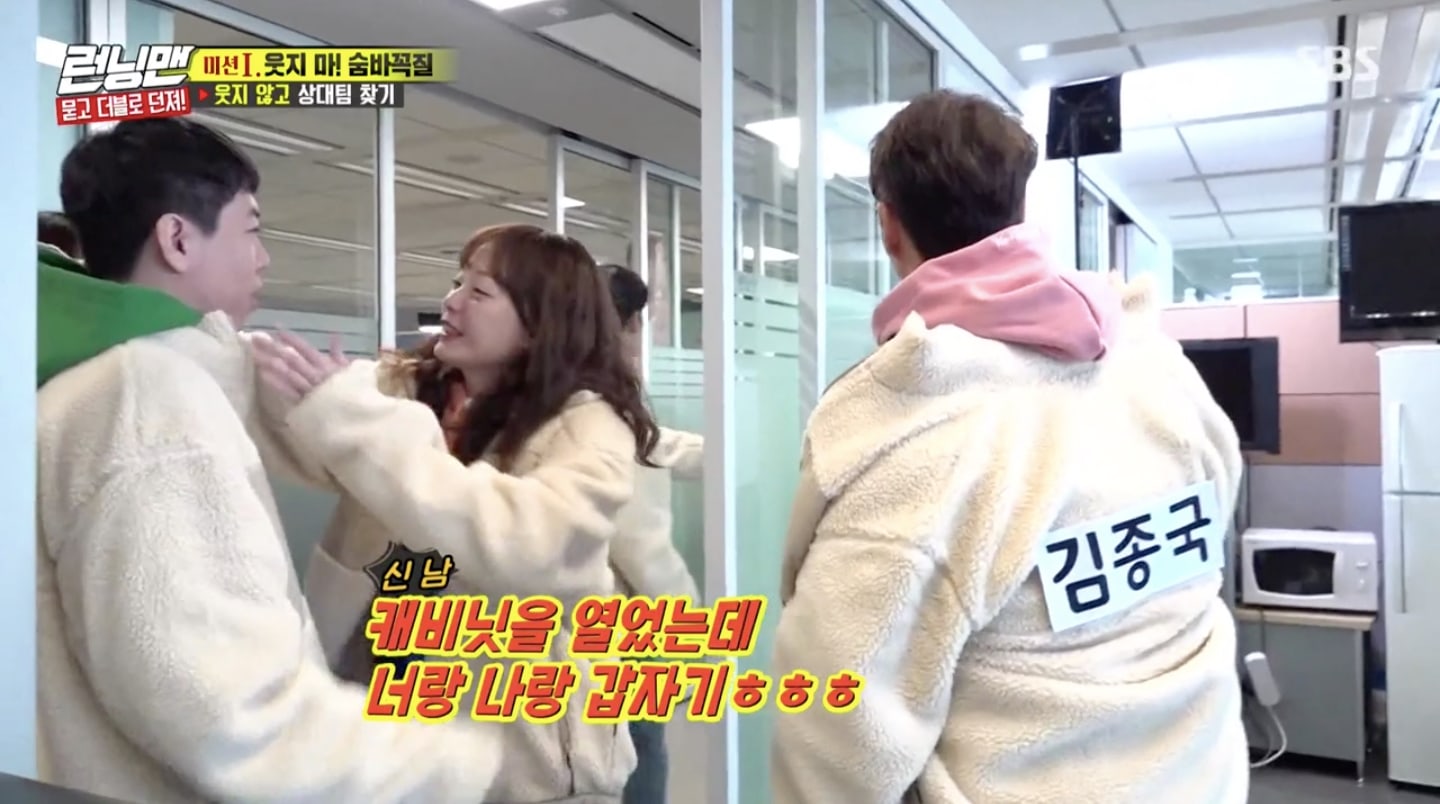 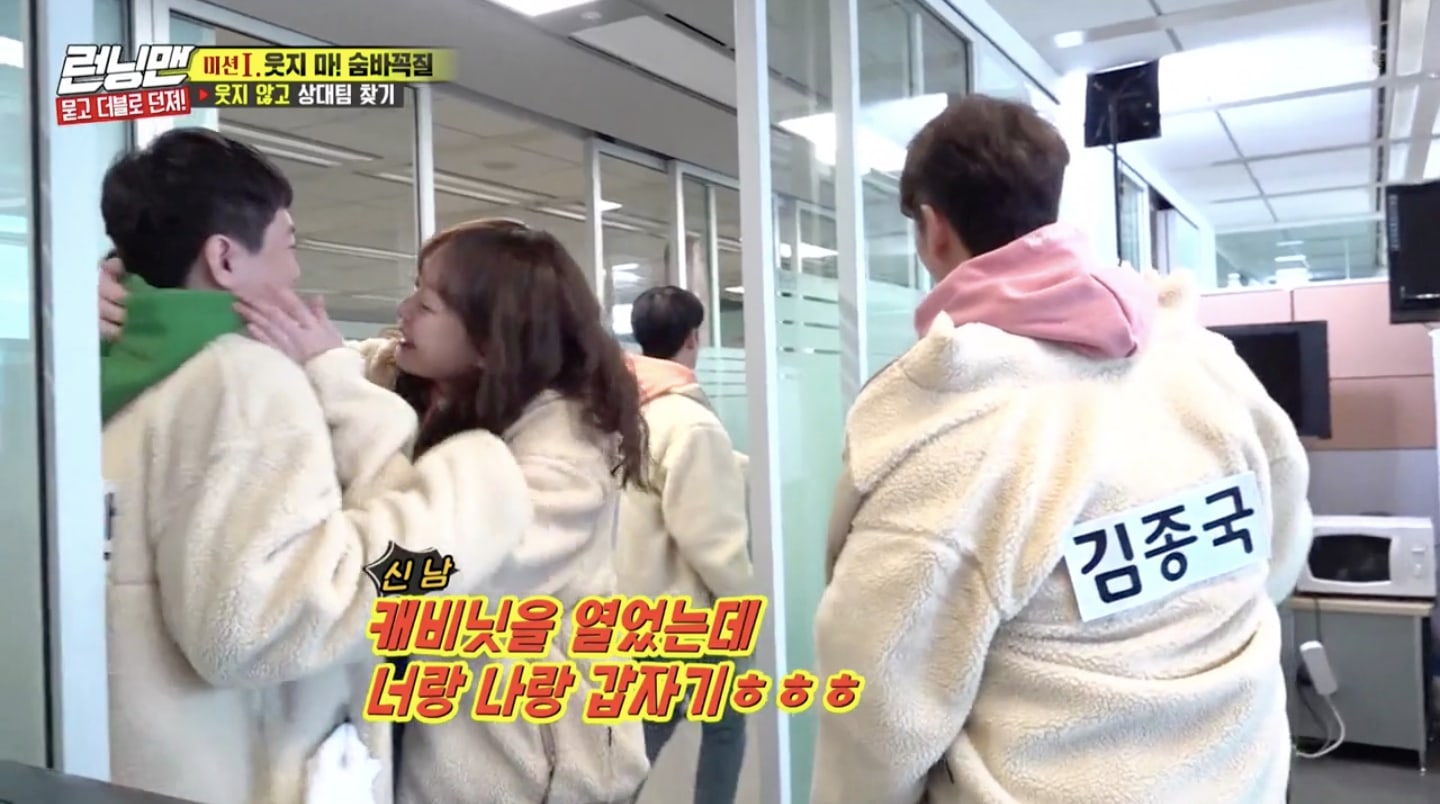 In the end, Jun So Min and Yang Se Chan didn’t go quite that far—but they came hilariously close.

Once their team had all dressed up in entertaining disguises and hidden in various locations around the floor, the opposing team finally set out to look for them. While Jun So Min and Yang Se Chan’s other teammates all did their best to hide, the pair was so confident in what they’d planned that they actually drew attention to themselves by playing music.

The moment that Yoo Jae Suk and his partner Kim Na Hee heard the opening bars of the song “Unchained Melody” (which was famously used in the iconic pottery scene in the movie “Ghost”), a nervous Yoo Jae Suk bit back a smile as he worried, “I feel like this music is already going to make me laugh.” 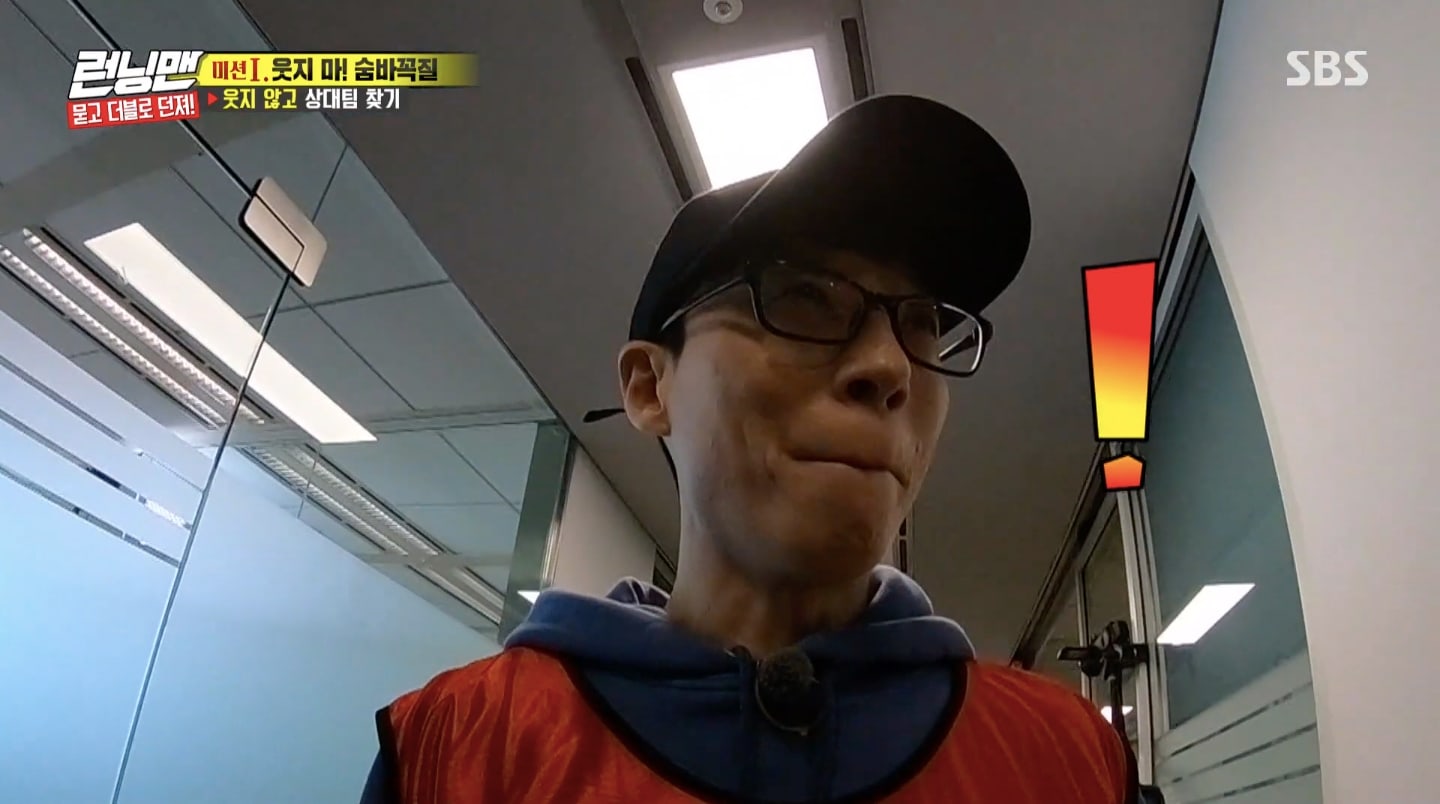 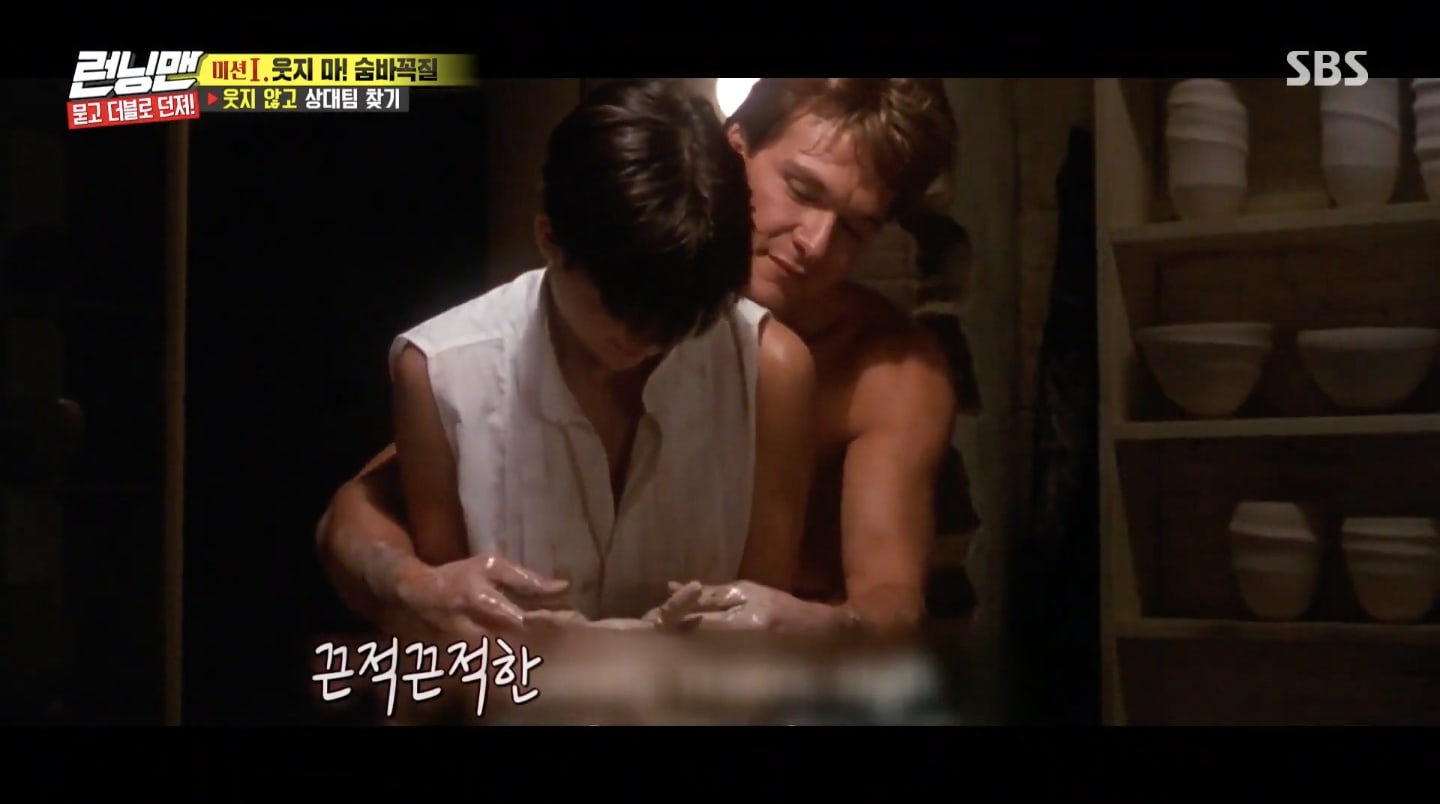 Yoo Jae Suk didn’t stand a chance: the moment that he saw Jun So Min and Yang Se Chan passionately acting out a parody of the classic scene, he immediately burst out laughing.

As his partner Kim Na Hee followed in his footsteps by cracking up, Yoo Jae Suk exclaimed, “I did expect something like this, but are you guys really going to go this far?” 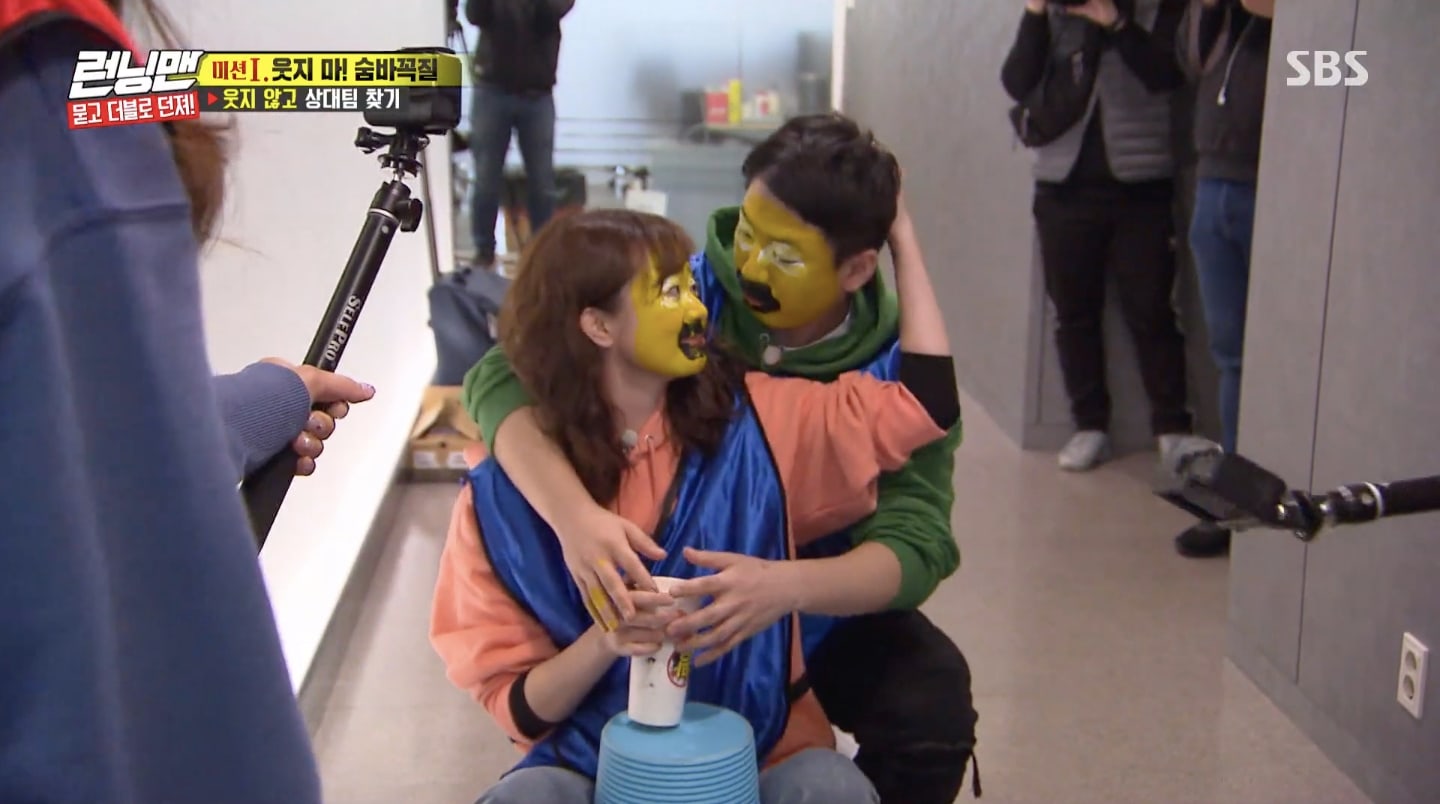 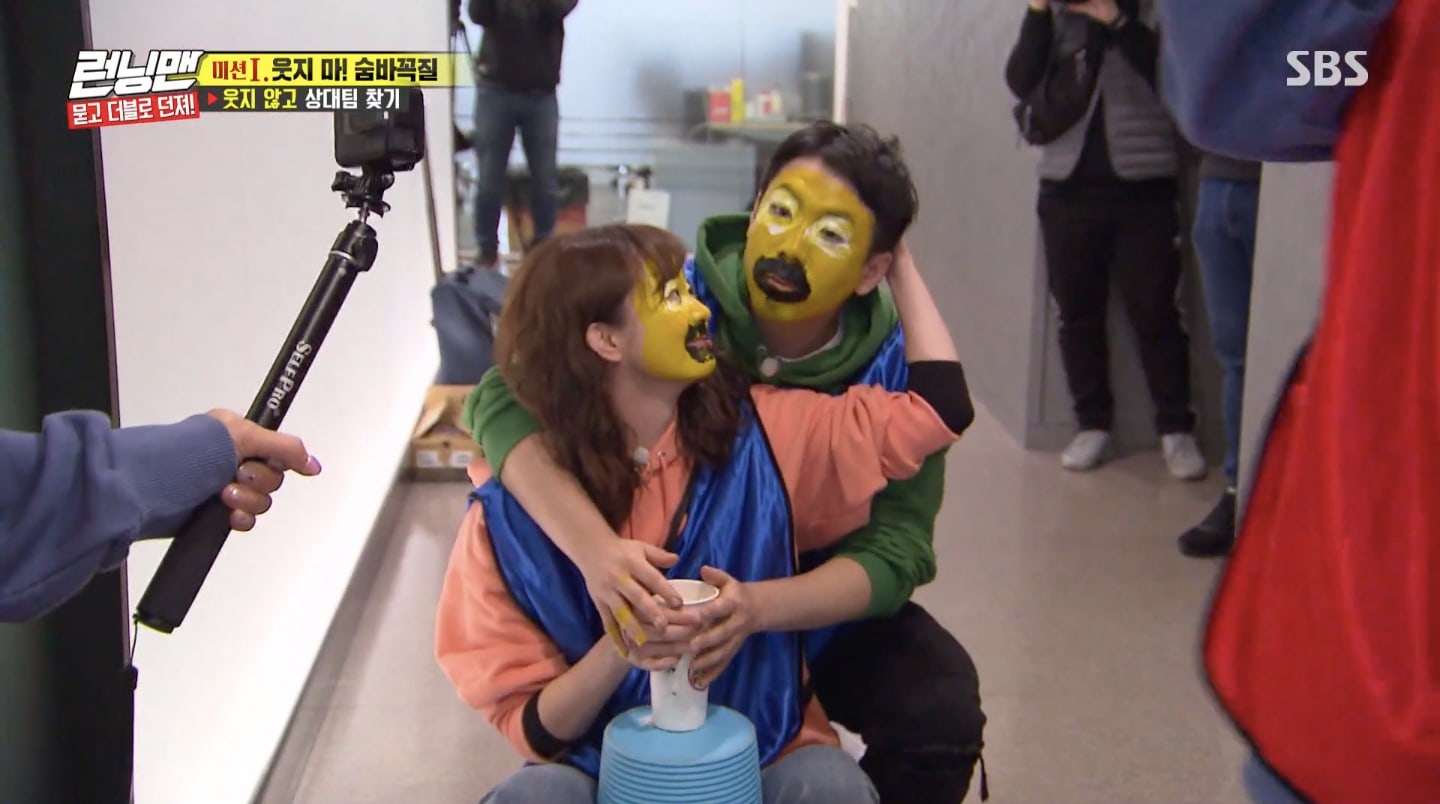 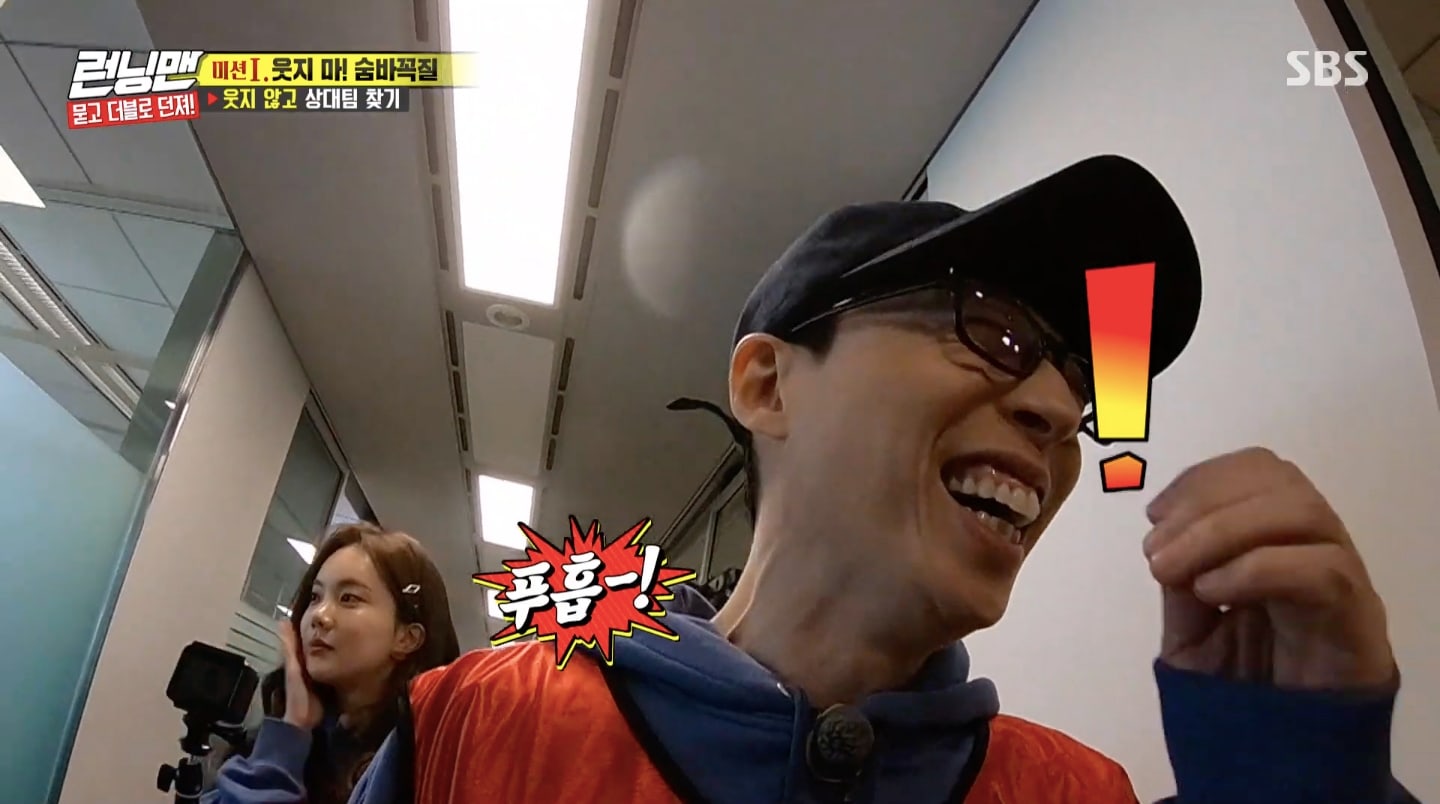 Kim Na Hee complained with a laugh, “The music is basically cheating,” and Yoo Jae Suk added, “I expected something like this, but I still couldn’t hold back [my laughter].” As the eliminated duo walked away, Kim Na Hee told Yoo Jae Suk consolingly, “Even if you hadn’t laughed, I would have. When I tried to hold in my laughter, I started tearing up.”

Jun So Min and Yang Se Chan then turned to the camera and jokingly addressed Lee Kwang Soo, who was unable to participate in filming for the episode due to his recent injury.

“Please come back soon,” they implored him. “We’re working hard without you.” Yang Se Chan added, “This should have been you and me, but because you weren’t here, So Min had to take your place.”

Check out the clip of Jun So Min and Yang Se Chan’s hilarious “Ghost” parody below!